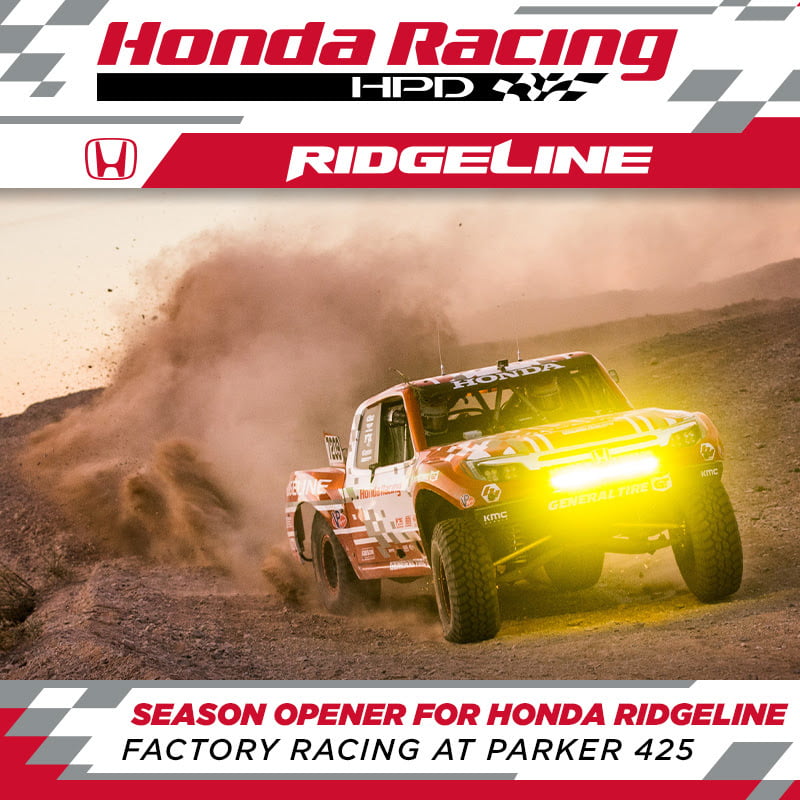 Coming off a two-year winning streak, the Honda Off-Road Racing Team and its Ridgeline Baja Race Truck opened the 2020 off-road racing season with a mountain of highs and one ultimate low of a DNF in the “7200” class for V6-powered race trucks in Friday’s Best in the Desert Parker 425.

Race week started out strong for the Ridgeline team, as the new race format brought a positive dimension. Best in the Desert added qualifying for the 7200 class and had two days of racing – Limited Classes on Friday, and Unlimited Classes on Saturday, meaning the 7200 class would miss the dust and big holes of the Trick Trucks. Jeff Proctor, Team Principal and driver, had a strong qualifying run earning first in class and second overall starting order – just 2.16 seconds behind the Class 10 / overall top qualifier. 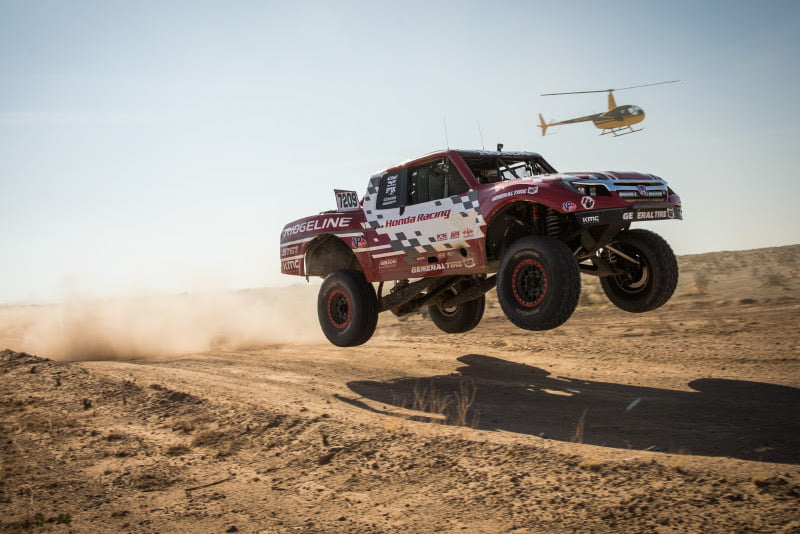 “We’re used to the added challenge of battling dust and growing holes left by the Trick Trucks. And with our second on track position, it meant clean air and first on the road. The two laps I drove, were so much fun. Everything was running great, tires were holding up, our pits were smooth and fast, and we spent a lot of time in the lead. It was all going according to plan and I had hopes of an overall win for the day,” says Proctor. 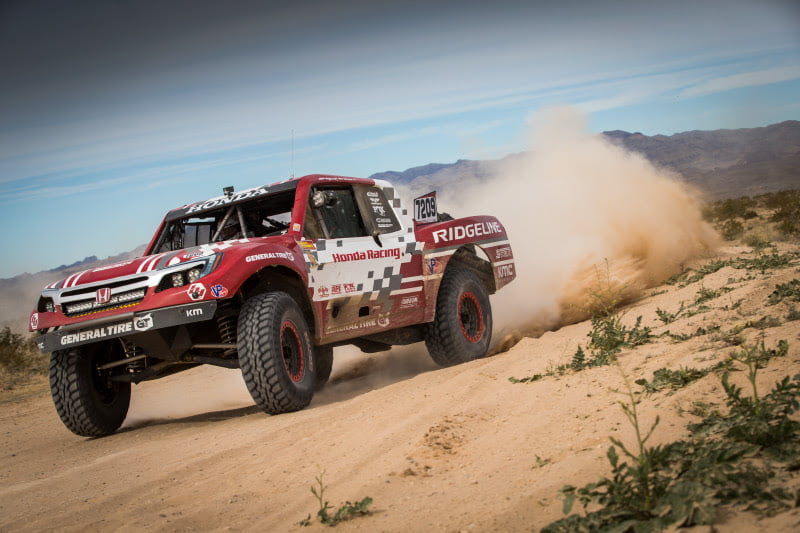 The Best in the Desert Parker 425 race course is notoriously rough, and with a three lap format, it just gets rougher as the day progresses through the southwestern Arizona desert. Each lap presents competitors with wide-ranging conditions, from sand washes and rough rock sections to wide-open rally roads and with the dry weather comes dust, unlike 2019 that was held shortly after heavy rains. 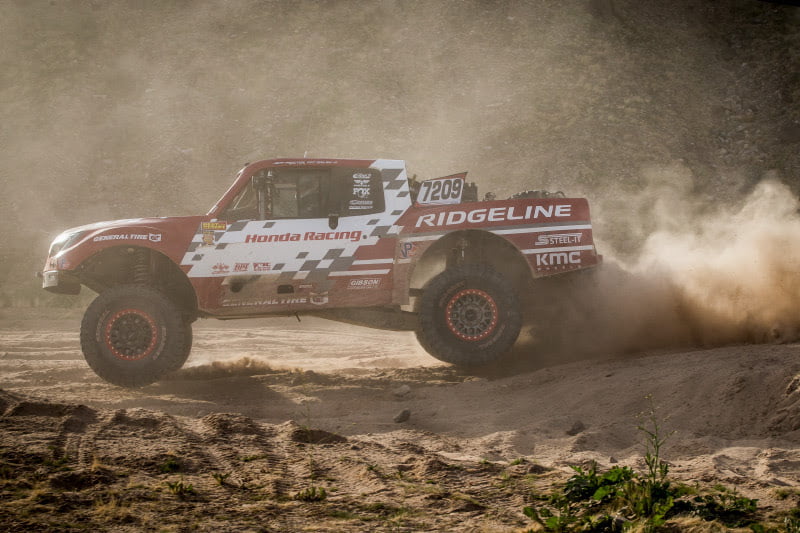 Lap 3 was a scheduled driver change to long-time, accomplished desert racer and Team Manager, Pat Dailey. Navigator, Evan Weller, stayed in the Ridgeline after his two laps with Proctor. 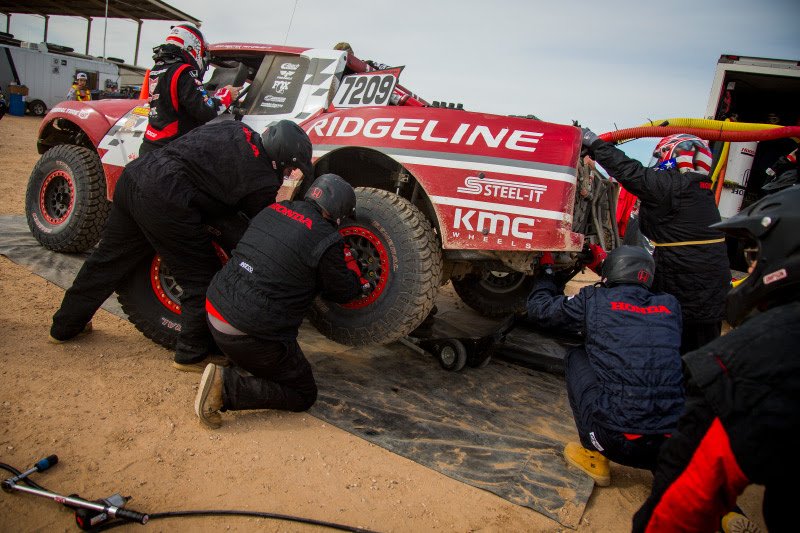 “I knew from the time I got in, the truck wasn’t 100% and with lots of deep sand washes, we were asking the Ridgeline to work really hard,” recounts Dailey, “And just after RM 50 of Lap 3, we experienced a mechanical that ended our race. It’s the first time in three seasons of racing with the team that this has happened to me. It’s racing, it just wasn’t our day.”

Up next, is the legendary Mint 400 in March. Neither Proctor and Dailey were daunted by the weekend’s finish, both expressing how the Honda Ridgeline Baja Race Truck is a strong contender. 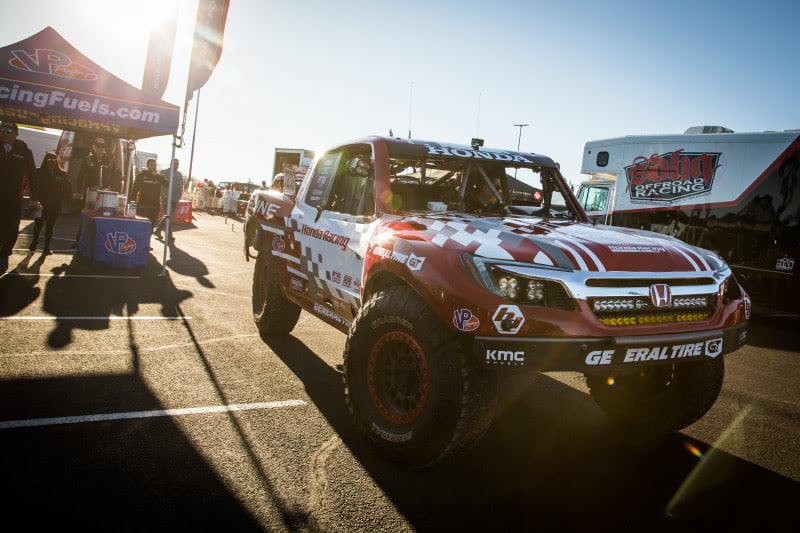