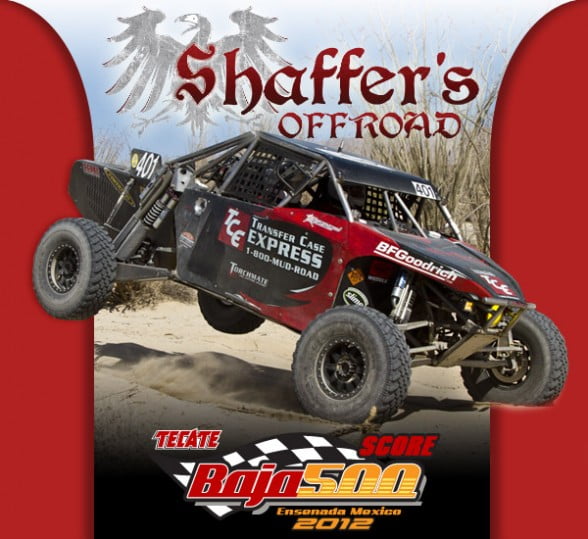 The Shaffer Motorsports team heads to Baja with momentum on their side. After their win at the San Felipe, 250 the Transfer Case Express Class 4 race car has pulled within 6 points of the lead in the season long points chase. The victory helped to bolster their confidence but the challenges they have overcome along the way has made it that much sweeter. San Felipe was a huge test for the team; they had to return to the states for an all-night transmission fix just before the race. Thanks to some incredible customer service from Weddle Industries they were more than ready when it was time to race and the results showed it.

Driving talent pays off on raceday but winning championships is a team affair, everyone has to dig deep when the going gets tough. To be a contender it takes a huge amount of planning, preparation and hard work. The prerunner suffered a broken rear axle housing which took the spool with it after San Felipe so the team has been putting in long hours getting both the prerunner and the Transfercase Express, Torchmate racer in top shape for 500 miles of Baja terrain. 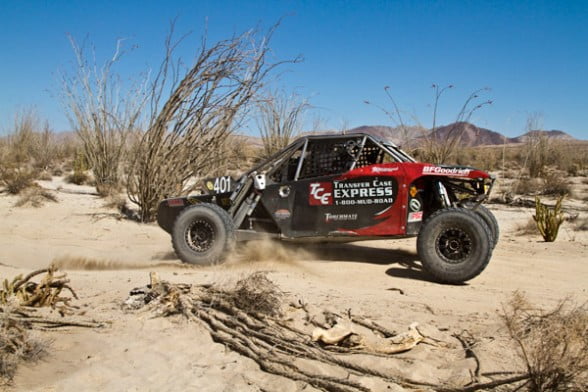 The driving assignments have been split three ways. Mike Shaffer will drive with Bryan Crofts at the start, Shawn Twitchel will be doing the middle section with son Ian sitting next to him and Daniel Abereli and co-driver Bernie Strom will bring it home. By splitting up the course into three sections each driving pair will be able to learn the most intimate details of their section. If you are going to push it in the dust or darkness, you have to know what’s around the next bend. One thing is certain, the team will be going all out to back up their San Felipe win with another victory on this super challenging Baja 500 course.