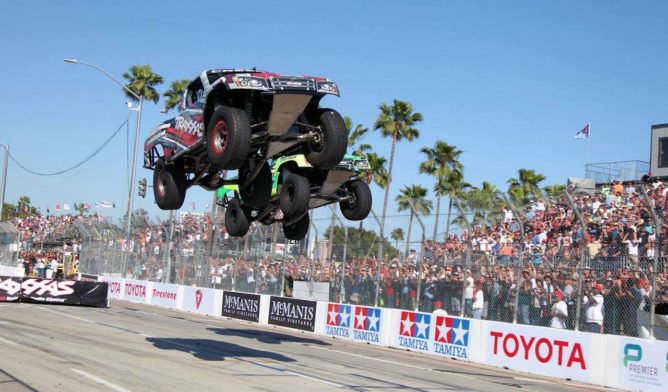 LONG BEACH, Calif. (April 17, 2016) –Sheldon Creed captured the SPEED Energy Stadium SUPER Trucks Presented by TRAXXAS race No. 2 at the Grand Prix of Long Beach Sunday in an amazing duel with Robby Gordon that had the thousands of fans that lined the 11 turn 1.968-mile street circuit on their feet the entire race in pure amazement how thrilling these SST races truly are.

Immediately from the start of the race this became a race for the ages, as Orange, Calif. driver Robby Gordon would jump out to an early lead on Lap-2 from his sixth starting position, as Alpine, Calif. driver Sheldon Creed would navigate through the traffic jam with perfection to place his TRAXXAS truck right on the rear bumper of Gordon from twelfth. The only two SST Champions in it’s four year history where prepared to put on a show for the capacity crowd that stuck around after the IndyCar event to witness the high-flying, tire squealing chaos we call Stadium SUPER Trucks.

For ten consecutive laps the two drivers absolutely stunned the crowd with the most impressive display of clean SST racing you could ask for. Passing each other back and forth with side-by-side drag racing into corners, bumping each other’s rear bumper, as they would slide around the corners smoking their ultra though Toyo Open Country AT II tires.

The two drivers were checked out from the field having an absolute blast when USAC officials waved the red flag at the start of the eleventh lap for a big accident for Pleasant Hill, Calif., driver Pat O’Keefe who violently rolled his truck over the front stretch TRAXXAS ramp into the catch fence.

As safety crews checked on O’ Keefe, the race was deemed completed with Creed the victor over Gordon.

When it comes to a driver that has been at the front of the field in all Stadium SUPER Truck events in 2016, Surfers Paradise, QLD, Australia driver Matt Brabham is the guy. Brabham has positioned his bright blue United Fiber & Data No. 83 in position to win at all six previous rounds. Sunday was no different advancing to the front of the field from his eleventh starting position. Brabham would put pressure on the lead two of Creed and Gordon on Lap-3 briefly, but the pace of Gordon and Creed was too quick as the two worked out to a 4-truck lead over Brabham. Brabham would remain in third until Tyler McQuarrie would content for that position from him and make the a pass on Lap-6. However, Brabham would fight back making contact with McQuarrie sending both trucks spinning. Brabham would be able to work his way back into the third position where he would finish the exciting event.

Burbank, Calif. driver Erik Davis in just his fifth start in Stadium SUPER Trucks would put himself in the right positions at the right time on Sunday hitting his marks and driving a super clean race. Including avoiding a late race tangle with fellow Californian Tyler McQuarrie and Dustin Scott. Davis would drive his Always Evolving/AERNow/ Replay XD truck to a very respectable fourth place finish.

In making just his fourth ever start on asphalt Dustin Scott of Inver Grove Heights, Minn., would recover the SPEED Energy/ Cobra Transportation Services No. 20 from a early race spin to battle his way back into the third position on Lap-8 until contact with Davis and McQuarrie would make him spin loosing multiple positions. Scott would be credited with the sixth position.

United Fiber and Data/ LIVE driver Bill Hynes of Nazareth, Penn. would be scored in the seventh position ahead of SST newcomer Khaled Al Mudhaf of Kuwait City, Kuwait in eighth.

O’Keefe in the SafeCraft Safety Equipment truck would go on to be credited with ninth in the finishing order after his jaw-dropping aerial acrobatics on the front stretch.

Norwell, QLD, Australia driver Paul Morris would run in the top-5 majority of the day before blowing a power steering line on Lap-6 causing him to pull into the pit lane under the competition caution. As the SST support crew went to work on the United Fiber & Data/LIVE No. 67, but Morris would loose 3 laps to the lead pack. Once rejoining the field Morris would go on to finish the race and be credited with a tenth place finish.

Davey Hamilton of Nampa, Idaho would encounter fuel pick up problems on Lap-6 and would pull the No. 30 Royal Purple Synthetic Oil entry onto pit road for service under the competition caution, but would not rejoin the field.

TRAXXAS driver Keegan Kincaid of Crandon, Wisc., would jump out to an early lead before a electrical issue would end his race early on Lap-2 scoring him in the twelfth spot.

The overall standings over the two races would see Sheldon Creed capture the overall victory with his win on Saturday and Sunday. Matt Brabham would claim second, and Tyler McQuarrie in the third spot.

The next event in the season-long SST World Championship will see the thrills and spills of the SPEED Energy Stadium SUPER Trucks Presented by TRAXXAS head to the northern United States for the Detroit Belle Isle Grand Prix June 3-5 for rounds eight and nine. 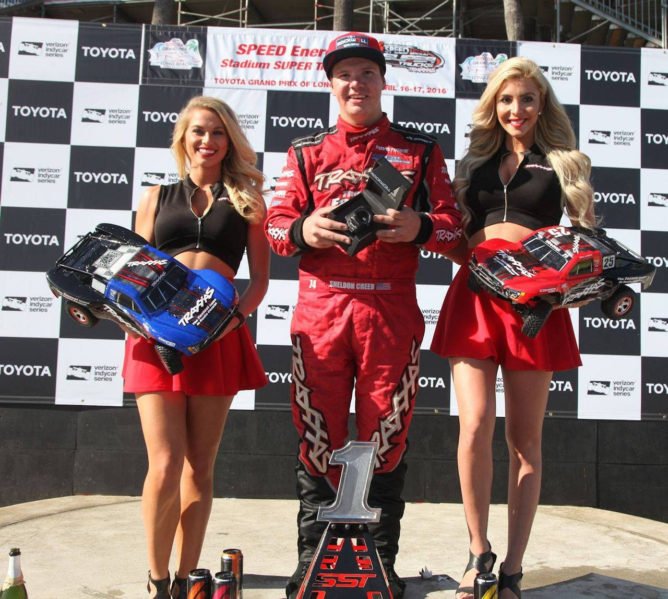 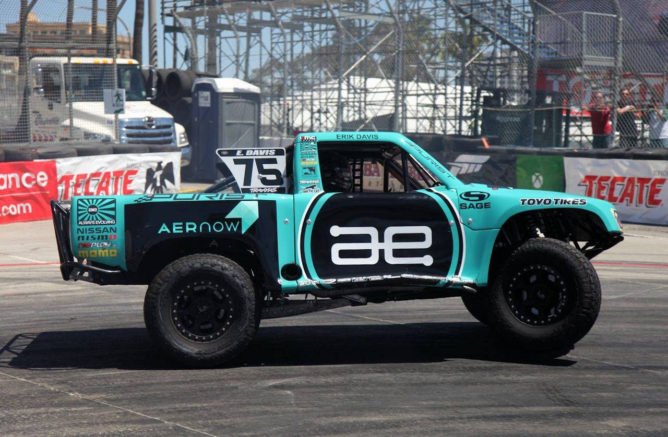 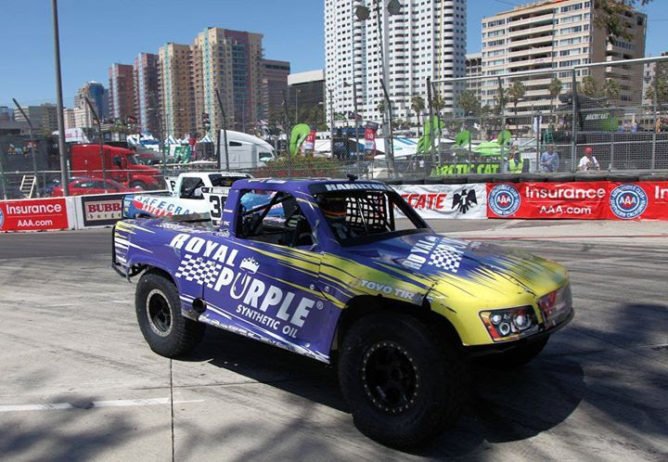