In front of the World’s largest stage in action sports, Sheldon Creed won his first X Games gold medal in Off-Road Truck Racing at X Games Austin. After taking home the silver medal in 2014 and becoming the youngest driver (cars & trucks) to earn an X Games medal, the seventeen year old returned to Austin, TX to finish what he started in the previous years inaugural off-road event. 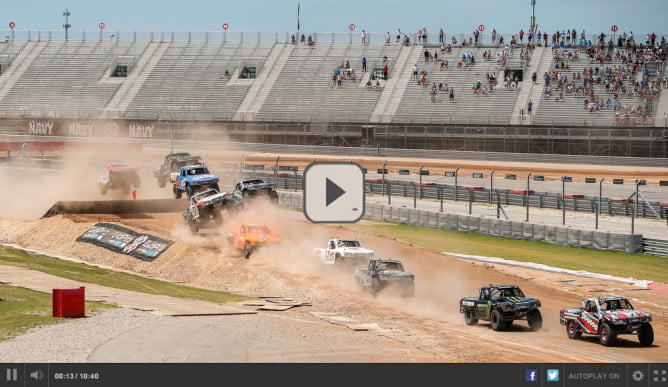 Click the photo above to watch the main event from Austin, TX

“My driving has improved tremendously the past year. It was really important for me to come back and better last years silver medal,” said Creed. “Having watched X Games growing up as a little kid, it’s unbelievable to be racing off-road trucks in this event, let alone winning it.” Creed was fastest in the seeding session that ranked drivers for their heat races, where the top two drivers from each heat and LCQ were taken to the main event. Creed ran away with the opening round of racing and finished nearly twenty five seconds faster than Jerett Brooks to take the first position in the main event. In the main event Creed was first to turn one out of the stand still start in finals and never fell back for the remainder of the twelve lap race. Creed held off short course champion Kyle Leduc for the first seven laps. Leduc, who had been grinding on Creed’s bumper all race, forked over second place after an aggressive move by Robby Gordon stunned his truck. 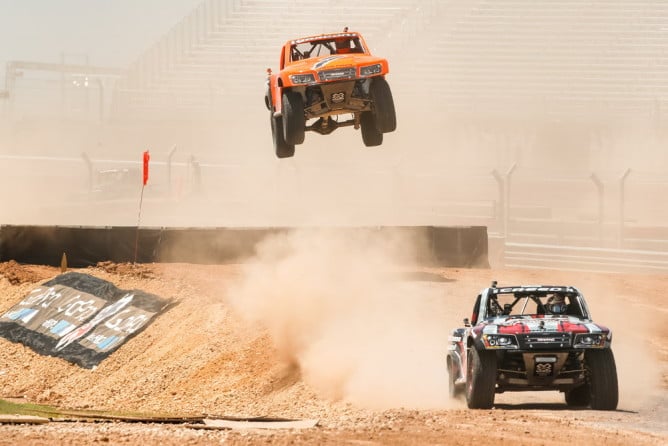 Creed, now +2.237 ahead of Gordon in lap 8, held his lead for the next three laps. The race was ended with a red flag after Keegan Kincaid rolled numerous times in the home straight away and Creed was named X Games Off-Road Truck Racing Champion.

Sheldon will continue his 2015 race season racing in Prolite and Pro 2 at Miller Motorsports Park in Tooele, UT in the Lucas Oil Off Road Racing Series on June 20th-21st. 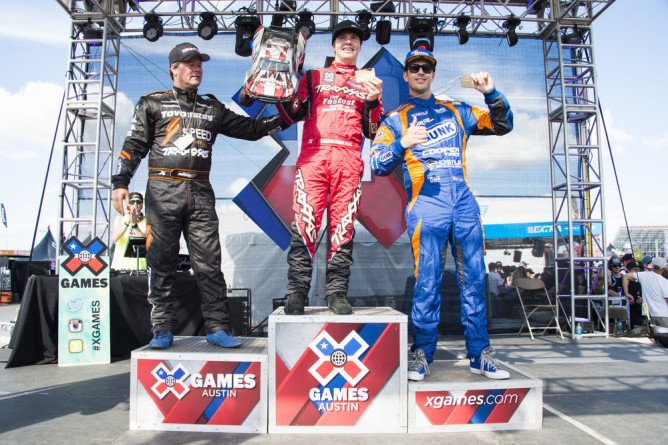 Sheldon and team would like to thank their sponsors who help make racing possible:

About Sheldon Creed:
Deemed “The Prodigy”, Sheldon Creed has quickly made a name for himself in short course off-road racing. Having won Lucas Oil Off-Road Racing Championships in both the Superlite and Prolite Classes by the age of 16, Sheldon moved up to the elite Pro 2 class in 2015 and became an immediate podium contender amongst the best in off-road. Packing a full schedule in 2015, Sheldon races in the Lucas Oil Off-Road Racing Series, the SPEED Energy Formula Off-Road Presented by TRAXXAS Stadium SUPER Trucks Series and competes in select desert off-road races.

About Mad Media:
Mad Media (www.madmedia.com) is a San Diego based marketing and creative agency, with in-house film and television production. We craft authentic, culturally engaging brand messages, and deliver them across print, web, photography, and film platforms. Mad Media has been leading the online content revolution since 1995 producing major commercial, television, online content and viral film projects such as The Gymkhana Series and XP1K Series.