Silk Way Rally wins for Walkner and Sotnikov in Siberia 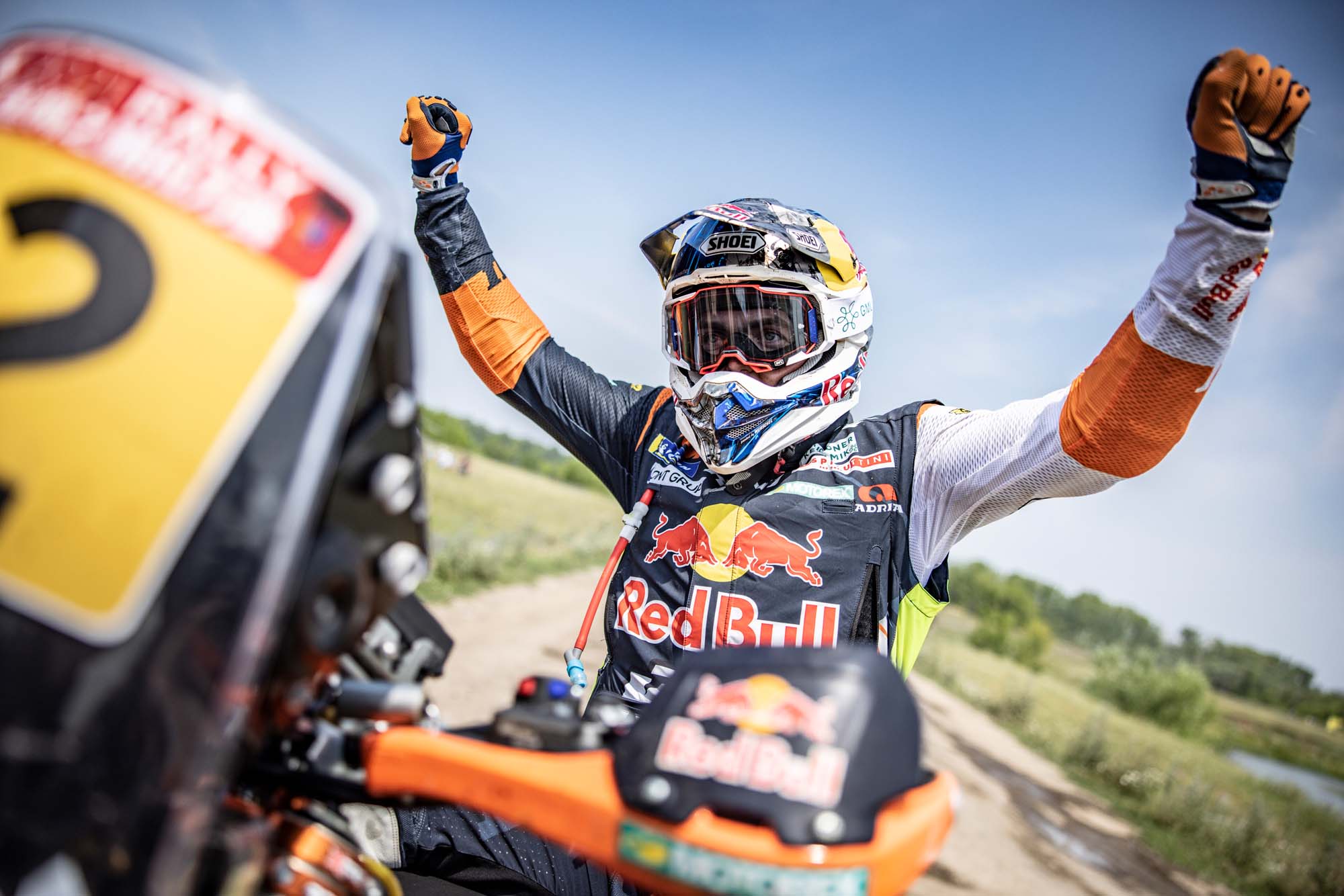 The chequered flag has flown at the shortened Silk Way Rally adventure.

– The 11th edition of the off-road adventure started in the Siberian city of Omsk and was due to finish in Mongolia after 10 stages of racing. However, due to the pandemic situation, race organisers decided the rally would not leave Russia. A contingency plan was implemented that saw the rally conclude after five stages in Russia.

– Leading the charge for Team Kamaz Master was 2021 Dakar Rally winner Sotnikov. The Russian was racing in Kamaz’s new look K5 Cab and he gave the redesigned truck the perfect debut as he followed up stage one’s victory with another win on stage two. A further stage win was added on stage four and he crossed the finish line the next day to claim his third Silk Way Rally overall victory.

– Sotnikov, who was supported the whole way by his fellow Kamaz drivers Anton Shibalov, Eduard Nikolaev and Ayrat Mardeev. said: “This win is for our entire team, for all fans, for everyone who helped build the truck. Not a single technical problem arose during the race.”

– The Austrian started steadily before making his move on stage three, setting the day’s fastest time and taking the lead of the general classification. For the remaining two days of racing Walkner used all his experience and race craft to protect his lead. Victory in Russia moves Walkner to top spot in the 2021 FIM Cross-Country Rallies World Championship.

– Walkner said: “It’s a shame the rally had to be shortened, but the organisers did a great job of giving us a full event to race. To win the famous tiger trophy here at the Silk Way feels amazing, and with my win here I’m now also leading the championship. I couldn’t have asked for a better result really.”

– Also tasting success in the bike race was GasGas Factory rider Daniel Sanders. The Aussie scored his maiden World Championship stage win on the second day of racing in Russia. Sanders followed up his victory by setting the fastest times on stages four and five as well. It was results like this that helped Sanders to a fourth place finish overall, less than a minute away from a podium result.

– Sanders said – “I learned a lot this week, I felt great on the bike, and I know I have the speed so it’s all positive. When we get home from here my main focus will be on improving my navigation as this is where I feel I’m lacking a little bit. But overall, a pretty decent week for me and the team.”

– Next up in the six-round 2021 FIM Cross-Country Rallies World Championship is the Rally dos Sertões, running August 13-22.