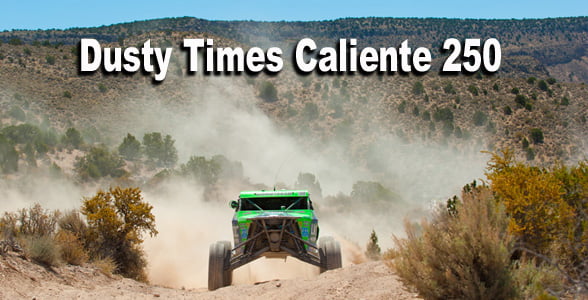 The SNORE Dusty Times Caliente 250 is one of the most scenic races in Nevada. The weather was mild for this time of year only reaching temperatures of about 91 degrees, but the wind blew hard all weekend.

The race weekend started off on Friday morning with a pancake breakfast put on by the kids at the Caliente Elementary School. After breakfast, the racers lined up all their race buggeys and trucks outside of the elementary school for a “meet and greet.” This gave the kids of Caliente a chance to meet the drivers, get autographs, collect team stickers and posters. The best part was that the kids got a chance to sit in real race cars. One parent laughed and said, “This is what my kids look forward to each year more than Christmas.” It’s really cool to see the kids get so excited with giant smiles as they get to see and touch the cars up close. 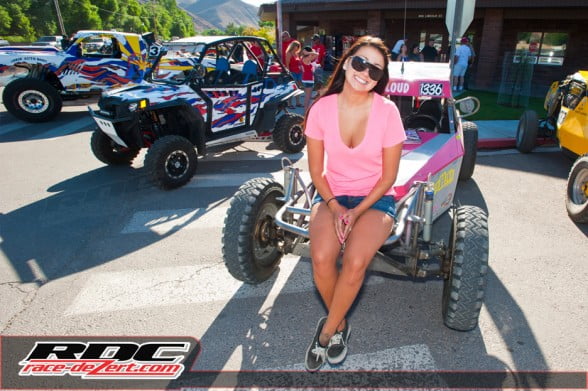 After the meet and greet it was time for the racers to get down to business and pre-run the course and mark there there GPS’s. This is a rough, rocky, tight, technical course with trees all around, cliffs you don’t want to go off, four water crossing you have to go through and of course the super steep OH MY GOD HILL leading back into town.  Once the pre-run was over, all the racers lined up there race vehicles for Tech and Contingency which was conveniently located in the pits where most of the racers stayed in trailers or camped out.

The race began Saturday morning at 8 a.m. Josh Daniels, who pulled the coveted 1st car off the line, got clean air for the 1st lap with TJ Flores starting right behind him. Everyone in the pits was talking about the battle that was about to go down between Josh and TJ. Only 14 miles into the race, Josh Daniels had some tranny problems and his car was stuck in third gear and had to call it a day which left TJ out front with clean air for lap one. TJ checked out and put a sizable lead on all the other cars and kept that lead the whole race, crossing the finish line for 1st Overall and 1st in class. This win makes it six Overall wins in a row for TJ at the Caliente 250. My question is, who is going to come out next year to this awesome SNORE race to give TJ a run for his money? 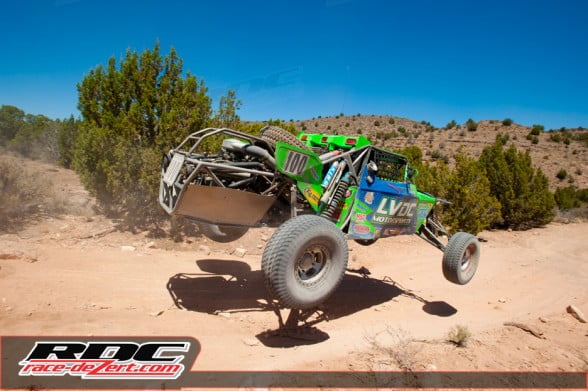 One of the most talked about racers was Blaine Conrad racing his single seat Class 1600 buggy. Blaine Conrad took 2nd Place Overall and 1st in class, spanking all the other racers with bigger motors and a lot more suspension. Blaine finished 28 minutes and 24 seconds after TJ.

Jordan Poole was out there for Riot Racing with his Class 1600 and Class 1300 buggy’s. After riding in a Trophy Truck for 4 years this is the 1st year Jordan gets to get behind the wheel and drive, making him a rookie to both Class 1600 and 1300.

Jordan was the driver of record for both the 1600 and 1300 buggy’s, which means he had to start the race in both vehicles. Jordan started in the Class 1600 and drove it about 50 yards, pulled over and jumped out while Clint Braun got in the driver’s seat and drove the rest of the race. Clint had a good run until about 20 miles from the finish where he had some electrical problems and had to call it a day. 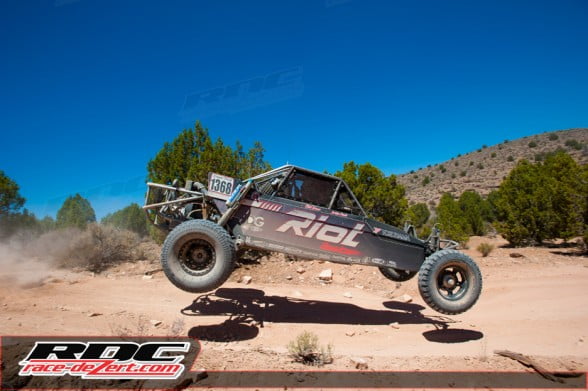 Meanwhile, Jordan ran back to the 1300 buggy and drove the whole race hoping to get a win and stay in 1st place in points for Class 1300. Jordan did not have a very smooth race, he had a flat in lap one, got stuck for a while and took a wrong turn and got lost for a few minutes in lap two.  Lap three, he knew he had to make up time and was driving a super fast pace, even with all the problems Jordan barely took 1st place in Class 1300 winning by one minute over Mike Montez who took 2nd in class.  Jordan remains 1st in Class 1300 points.

There are trees everywhere along the race course and it seemed to be tree versus race car and the trees won. James Dean in his Class 10 hit a tree stump and rolled his car pretty good and it took him out of the race. Joe David in Class 10 lost his brakes and tried to avoid a tree but clipped it with the rear of his race car, it completely ripped off the rear left arm ending his day. Roger Starkey also fell victim to a tree, but he only got stuck for a while and was able to finish the race. Jeremy Smeltzer in Class 1450 handed the truck off to his cousin, it was her 1st time driving the truck. About 1.5 miles into the race, she came into a corner too hot and drove up onto a huge log and got the truck stuck, blocking the race course for a while.  The truck was pulled off the log by her chase crew and was able to finish the race. 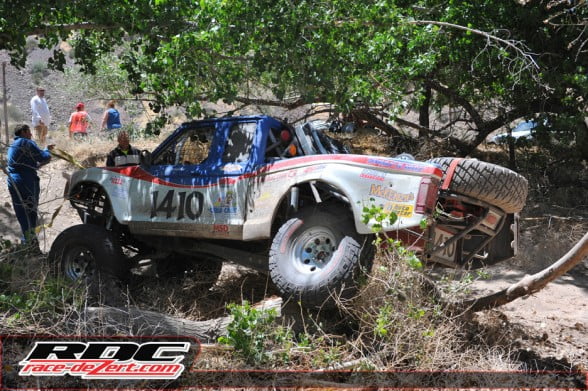 Once again SNORE put on a fantastic race that ran smooth and everyone had a great time. I can’t wait to get back to Caliente next year!

M
Mike Wilson
This was my first race ever, and everyone was so accomidating. Great people having good times and a nice clean race.

I had a great time, you guys are all nuts, my kinda group! THANK YOU!!! Steve, Joe, LORETTA! Brian for co-driving, you kicked ass!!! Robert Johnson for the tips, Tommy for the advice, and Other Level Racing for the faith, we did it boys, a 2nd place finish!!!!

Too bad you guys failed to mention the Flippins' history at this track and thier defining win in class 10. No pictures either...man! WTH?
FLIPPIN RACING!!!!!!!
Great write mike thanks fo comming
Great article! What a fun race, and the pre-run was an absolute blast. Thanks for sharing all the great pictures.