The Honda Off-Road Factory Racing team kicked off the 2021 season with solid finishes for the Talons and Ridgeline in the King of the Hammers (KOH) event, long touted as one of the roughest off road races. 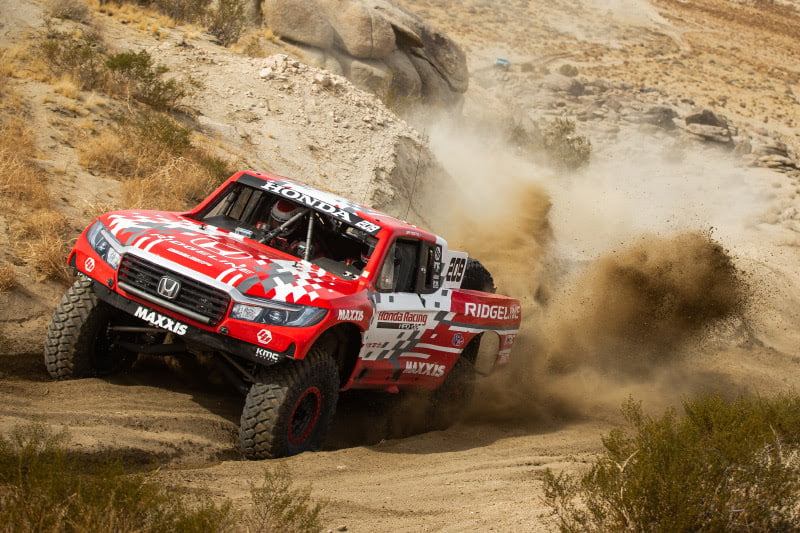 “Overall, I’m really pleased with the team’s efforts to get take on KOH. It’s a very tough and unique race. To bring all three race vehicles across the finish line is a huge effort and everyone on the team stepped up,” recounts Jeff Proctor, Team Principal.

For the first time, the Honda Ridgeline was able to compete on the notorious race course. The addition of the T2 class, was an opportunity for the No. 209 Ridgeline to put its fresh prep and new look on display.

Jeff continues, “The Ridgeline qualified 6th in class and 15th overall in a field of 57 trucks. We pushed the truck harder than we’ve ever pushed before and it held up great. It was a 311 mile sprint race. We attacked early and went hard. We didn’t have much time on the new 40” Maxxis tires, but they were a game changer. We finished 4th in class and 7th overall.” 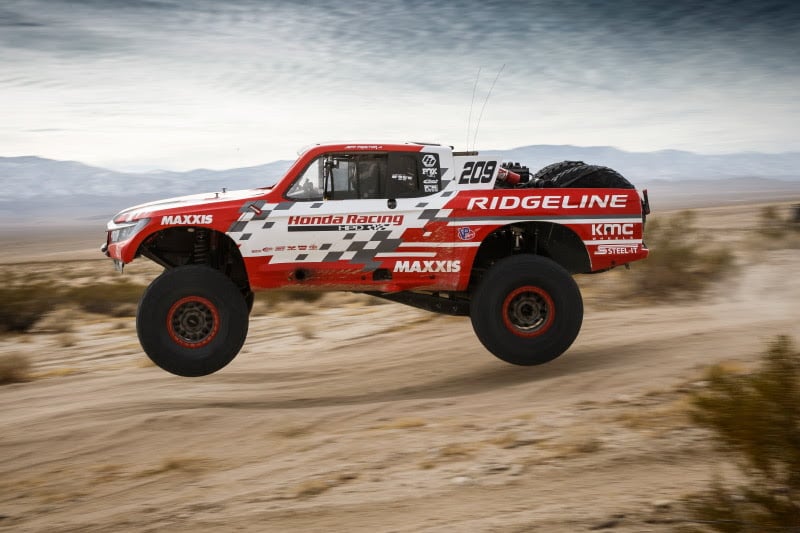 Strategy and prep paid off for the Honda Talon finishes as well. The team worked with Jordan Pellegrino and Bailey Cole – rock racing specialists. Cole qualified 49th and Pellegrino, was 69th out of 97 UTV race entries Bailey Cole said, “Racing the No. 13 Honda Talon at KOH 2021 was a blast! The race went as smooth as it could have gone. Team Honda prepped the cars and made them perfect off the line. We raced the car smooth through the desert trying to avoid the big trophy truck craters. We were able to make a few clean passes through the rocks at Cougar Buttes and carried that momentum all the way through main pit into lap two. 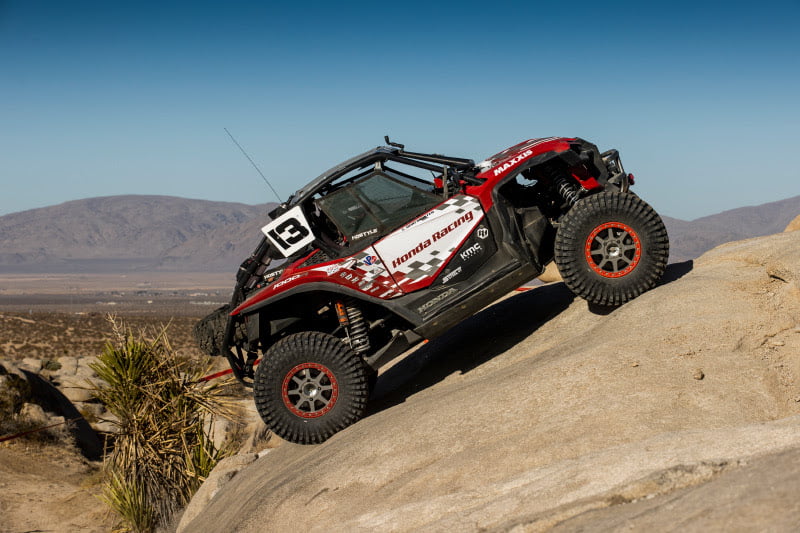 In true rock donkey fashion, we turned it up in the rocks. We knew that the Talon would give us what we needed to make up time. We powered through every rock trail in lap two picking off competitors and never even used our WARN winch! We flew the Talon across the finish line in 17th position, where were greeted by the entire #RideRed team. Tom and I can’t express how elated we are to be part of the Honda family.” 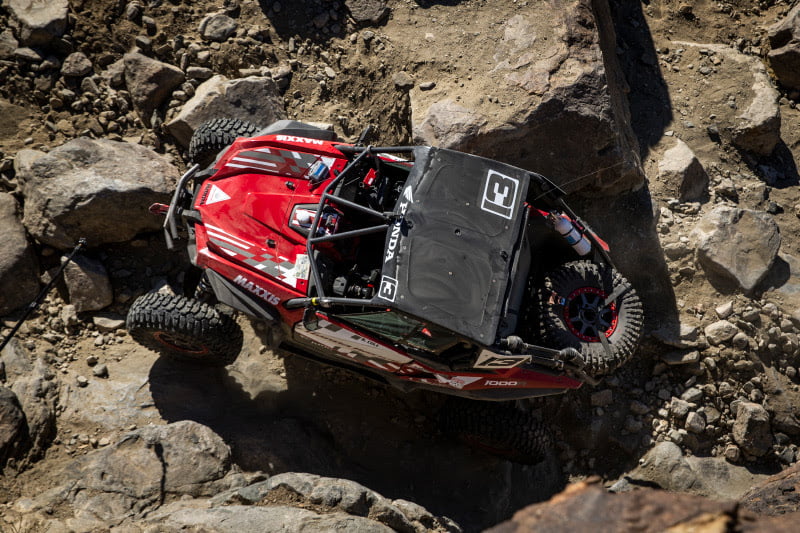 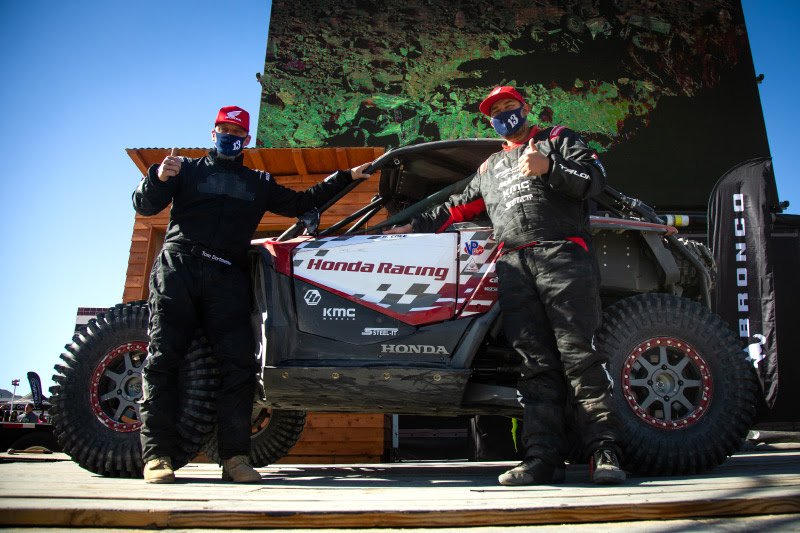 Jordan Pellegrino’s race wasn’t as uneventful as Cole’s. He recalls, ”The No. 98 Honda Talon ran great all day, but unfortunately, we didn’t have luck on our side. We got behind the Jackhammer bottleneck and lost over an hour and weren’t able to keep moving up through the field. I really enjoyed working with the Honda team and to bring the Talon across the finish line.” Pellegrino finished 29th in a UTV race that saw only 46, out of 97 UTVs finish. 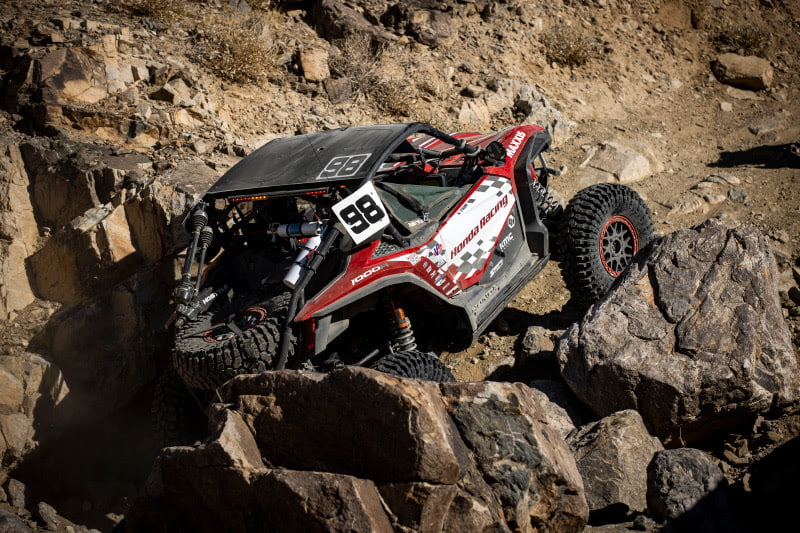 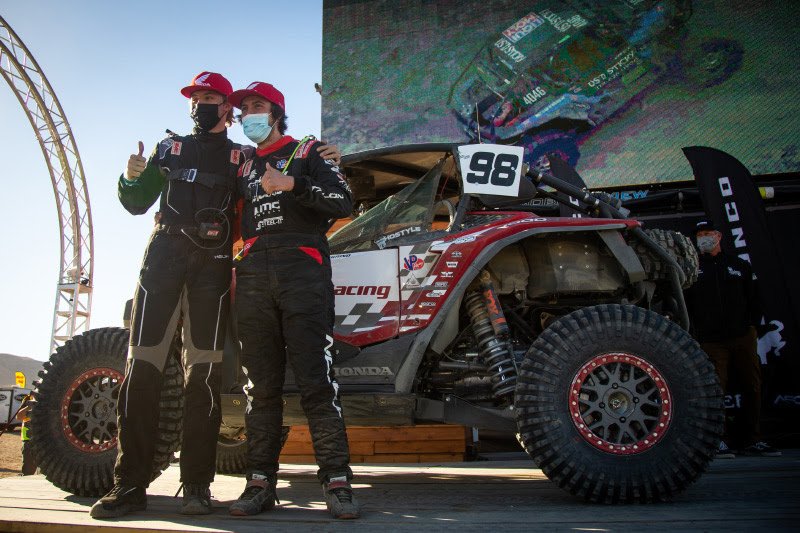 Dillan Caines, Team Honda’s shop manager, sums up the Talon story, “KOH is one of the toughest races from a mechanical standpoint. It’s rough, rocky, and technical. It’s a testament to all the hard work to have both Talons finish both years.”

Up next, for the Honda Talons and Ridgeline, is the SCORE International Baja 250, scheduled for April.

Today, Jeff has embarked on his most ambitious chapter of his race career – Partnering with American Honda, HPD-Honda Performance Development and Honda Powersports to create an Off-Road Racing Factory Mega Team. Jeff will not only pilot a custom unlimited Twin Turbo off-road race vehicle but also direct and oversee the team’s entire race operation, including a two car Honda Talon Side by Side team in 2020. Jeff will lead his team and Honda to the podium, bringing more high-level race teams to the exciting sport of off-road racing.
Visit // www.hondaoff-road.com