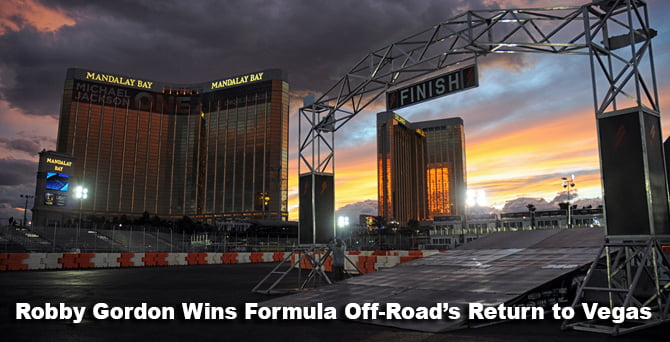 For the second year now, the Stadium Super Truck series has returned to race under the bright lights of Las Vegas. The final two rounds of racing would be set up in the new MGM Resorts Village just across from Mandalay Bay. The prime location for racing would give the series the opportunity for thousands of spectators to watch the final round of racing which will take place on Thursday during SEMA week.

The first of the two races took place this past Saturday evening. Ten drivers took to the all asphalt course that would have the drivers soaring over 3 jumps and into a mix of tight and sweeping turns. Every ten laps there would be a full course caution to bring the drivers back together and for one of those ten laps, the drivers would have to take the “Joker lane.” 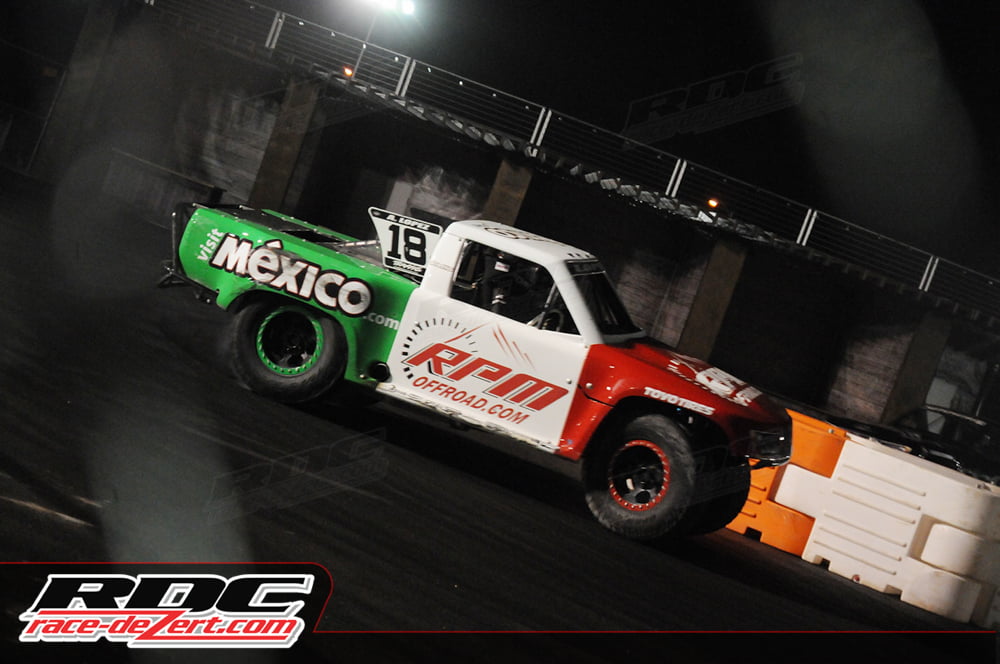 E.J. Viso set the pace for the first lap of the 30-lap race with Sheldon Creed on his rear bumper and Robby Gordon behind Creed, who was ready to jump on any mistake the leaders would make. The front runners quickly separated from the rest of the pack where Viso was able to hold off the hard charging Gordon who had made his way past Creed.

It wouldn’t be long before positions would switch up again as drivers took to the joker lane and lost momentum. Other drivers would get tangled up coming into the left hand turn after the finish jump and this would cost drivers valuable positions. 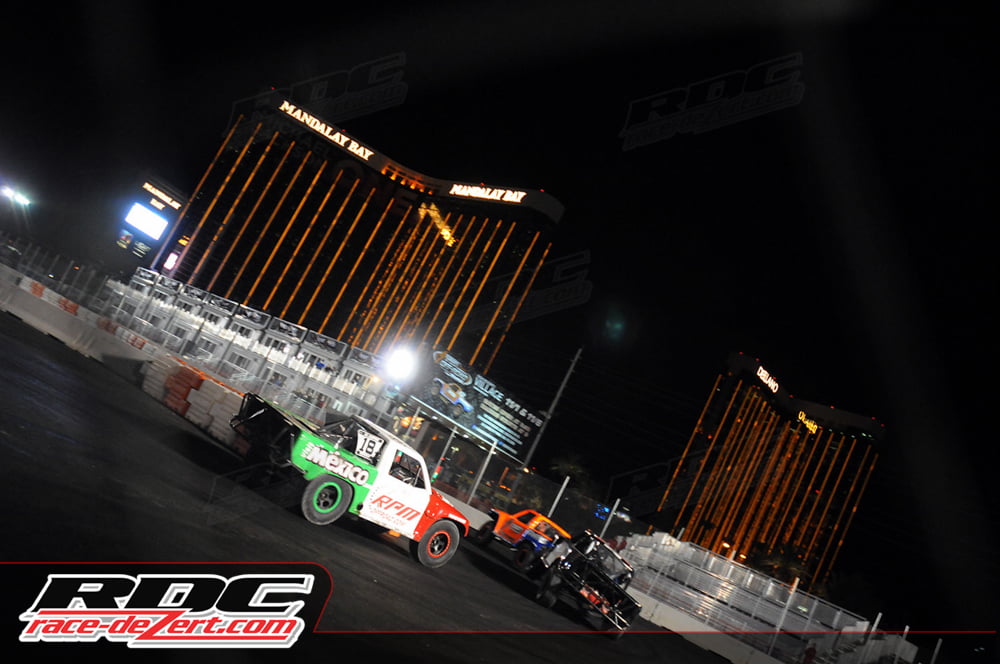 Going into the last ten laps of the race Gordon was able to take over the lead. Keegan Kincaid was pushing Gordon to make a mistake so that he could have his shot at the win and while the two top drivers raced each other, Burt Jenner was making his way into the third position in his Gladiator Tires back truck. 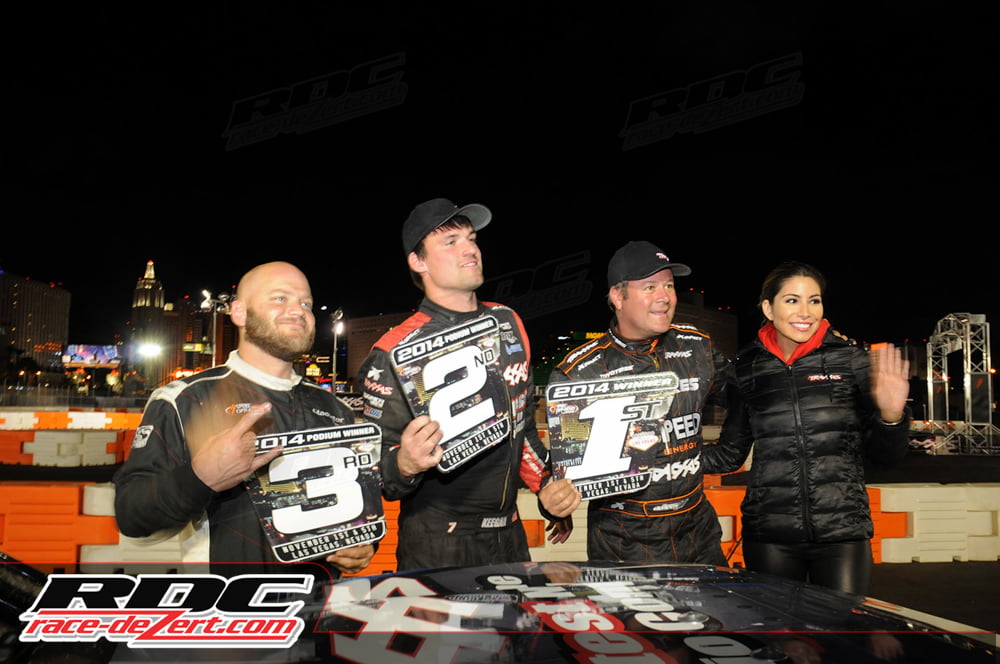 Jenner and Creed put on a show for the final podium position, but it would be Jenner who would take his first ever podium in the series. Gordon took the checkered flag for the win with Kincaid quickly behind in 2nd.

“Racing in Las Vegas is one of the coolest things we get to do all season,” series promoter and founder Gordon stated. “The course we have built at MGM is amazing and next week we will make it even better and with the SEMA Show in town the crowd will be electric. Being able to race in front of the off-road community and knowledgeable Las Vegas fans is a great way for us to finish our season.” 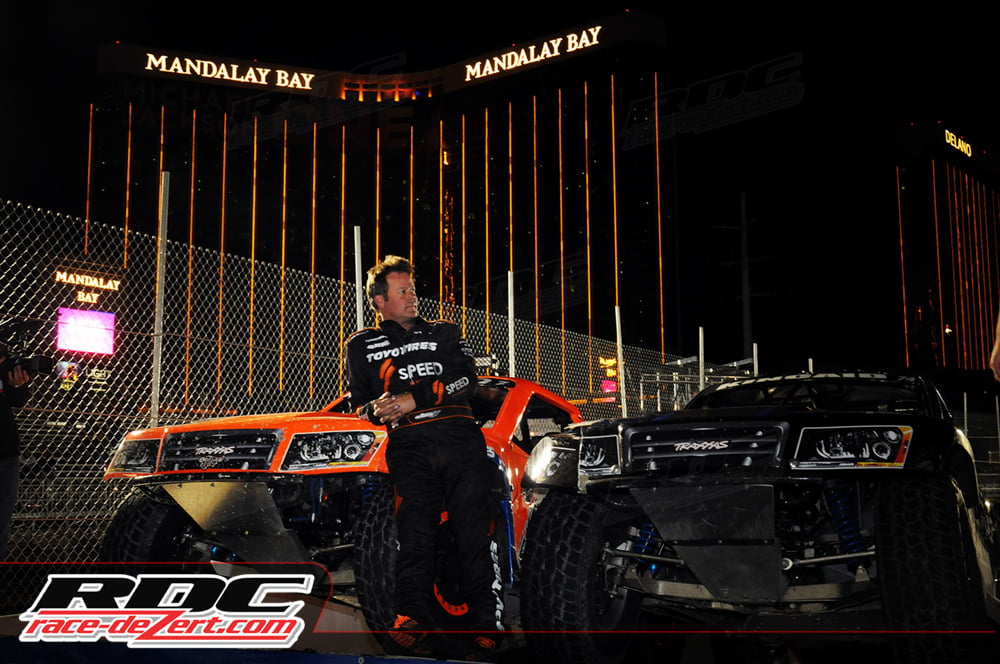 13-year old, Travis Pecoy went behind the wheel of a stadium truck for his first time on Saturday as he went out for qualifying. This new series is full of talented drivers where ages range from 13 to, lets just say well-known vetted racers with many wins to show for their talents. Seat time and a variety of driving skills will set all this drivers apart but this new series can bring them all together as the trucks meet the asphalt.