The Dakar Rally is now on the final stretch with 7 of the 10 stages complete and while overall leaders and starting to emerge by no means has anyone sealed a win. 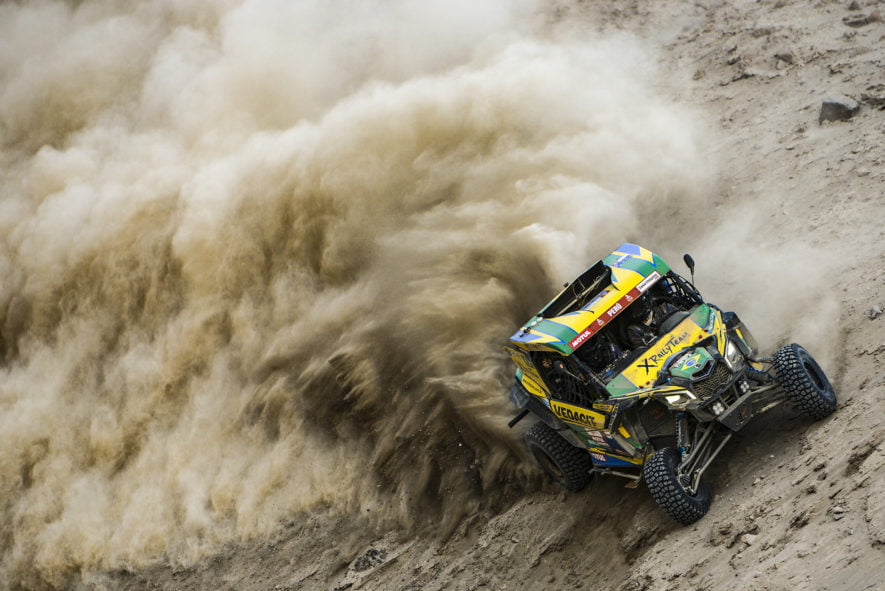 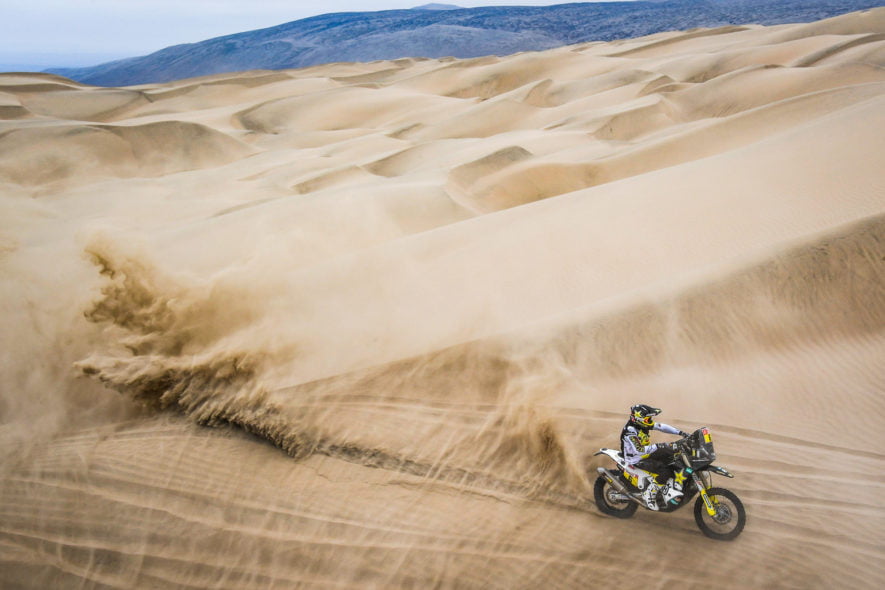 In the first loop of the all Peru course racers traveled over 323 kilometers (200 miles for the yankees) over some of the toughest terrain they’ve had to face this far. After seeing the road book last night many navigators posted on social media about the difficulty ahead. 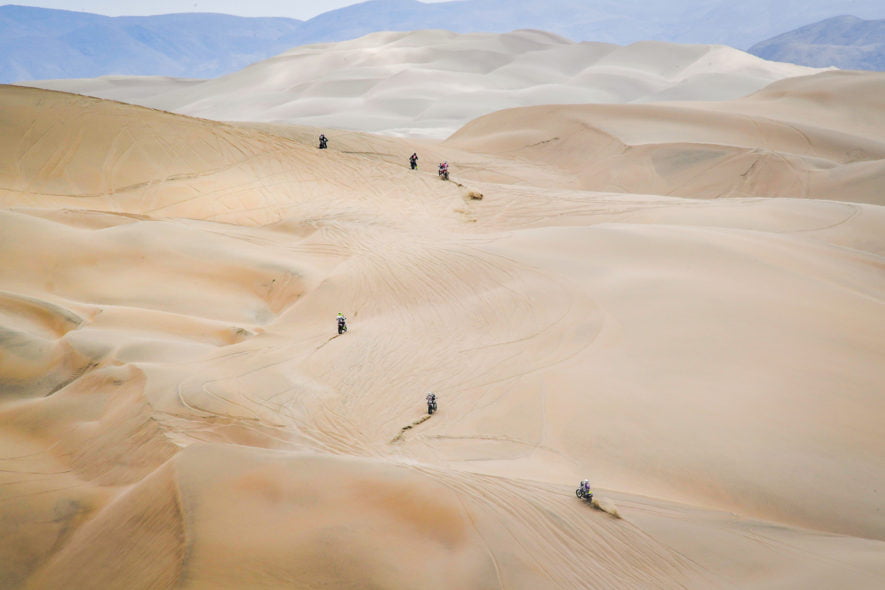 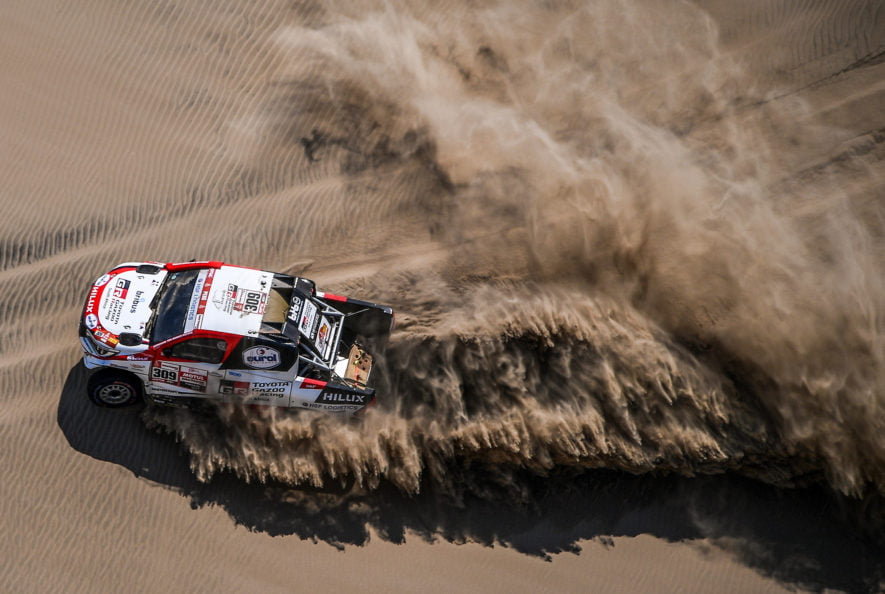 In the Moto class America’s Ricky Brabec continues to impress as he moved into the overall lead after todays stage. Yesterday Pablo Quintanilla became the overall leader stealing it from Brabec but the factory Husqvarna rider fell back many spots today in the stage finishing 21 minutes back from stage winner Sam Sunderland. Though while Sunderland won todays battle Brabec is now winning the war. With Quintanilla falling back, Brabec now holds the overall lead by 7 minutes and 47 seconds, and with three stages remaining he is in a very good position but will have to plan out the rest of the rally and be smart. 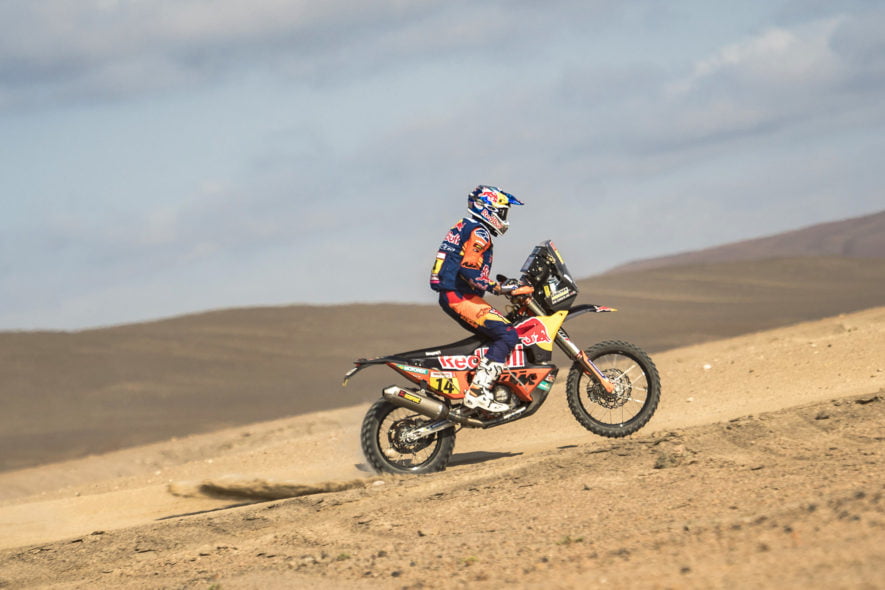 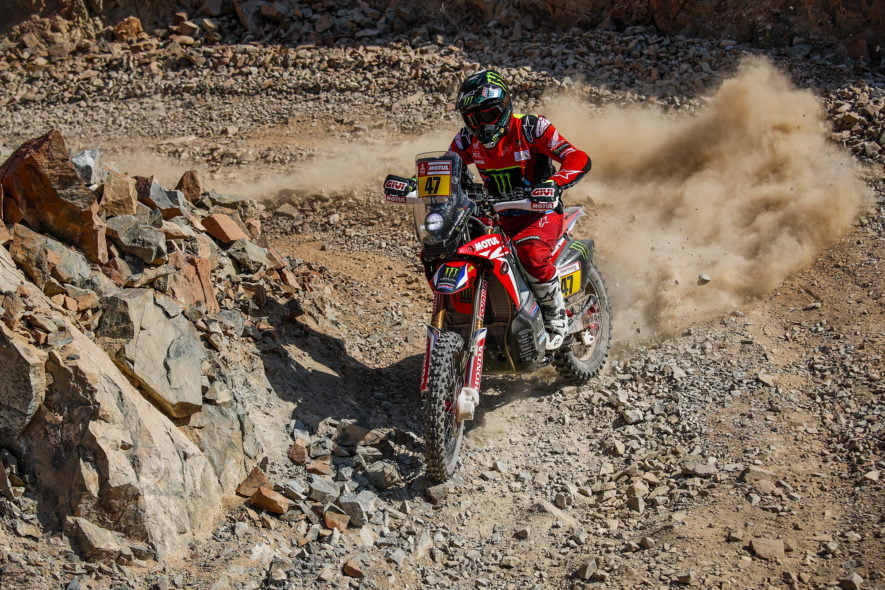 Stephane Peterhansel added to his win list taking home another win finishing the stage with a time of 4 hours exactly and bringing Nasser’s overall lead down to 29 minutes. Nani Roma threatened Peterhansel in the first half of the stage but after WP3 Peterhansel round an extra gear and gapped the rest of the field beating the former champ by four and a half minutes. Nasser finished a conservative fourth place leading one to believe he is playing it safe the final few stages to keep everyone else at a safe distance. With only 29 minutes between first and second he can’t be too conservative and we expect him to pick up the pace tomorrow. With Peterhansel and Roma both starting in front of Nasser, he could easily catch up to them during the stage and just follow them in to the finish and maintain his lead. 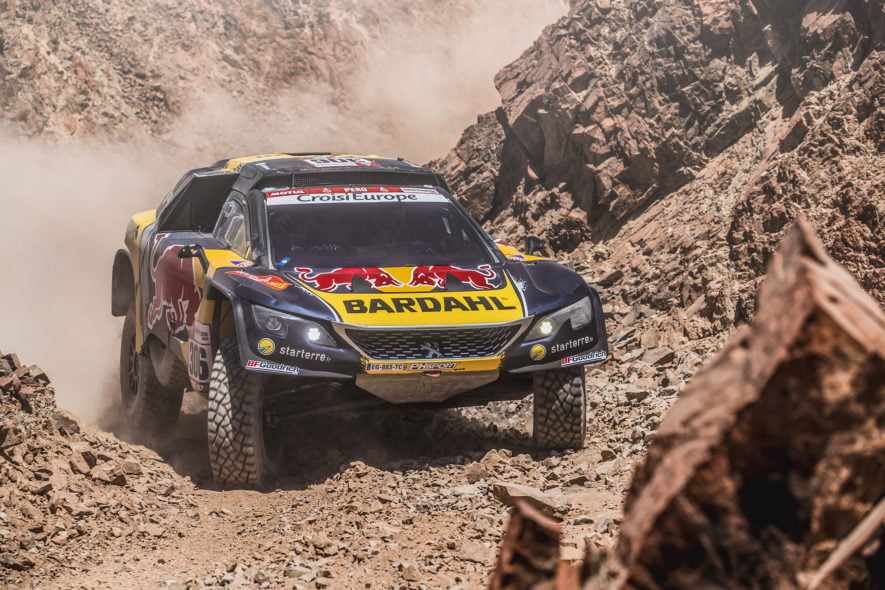 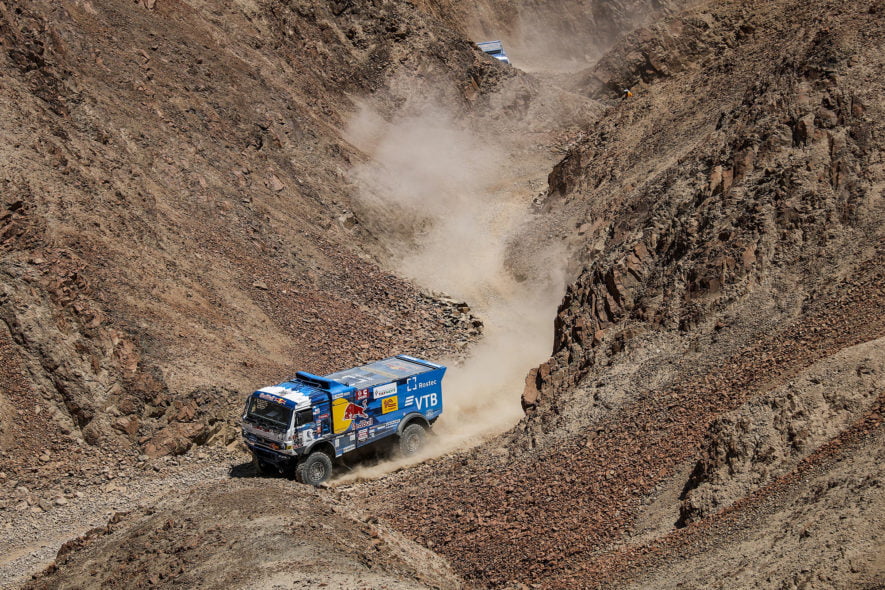 Robby Gordons return to Dakar was huge news when it came out that they were building three purpose build SPEED Edition Textron XX’s that would compete in the car class and try to win stages and even the overall. As the rally has gone on and the team has had several mechanical setbacks the hope has gone from winning stages to just getting to the finish and showing the world that they won’t give up. All three drivers finished today, Robby Gordon, Blade Hildebrand and Cole Potts, and will once again race together in tomorrows stage in a pack with a no man left behind attitude.

Another American who is having a successful Dakar is rookie racer Casey Currie racing a South Racing backed Can-Am. While he isn’t in contention for an overall win in the SXS class he is sitting in 5th overall in class and if not for a suspension issue today would be within clawing distance of taking over 4th place overall. The always busy driver will have to get through this Dakar in three more stages, arrive home and then about a week later will be in Hammertown competing at King of the Hammers. Going from the toughest race in the world to the toughest race in the US will be quite the accomplishment. 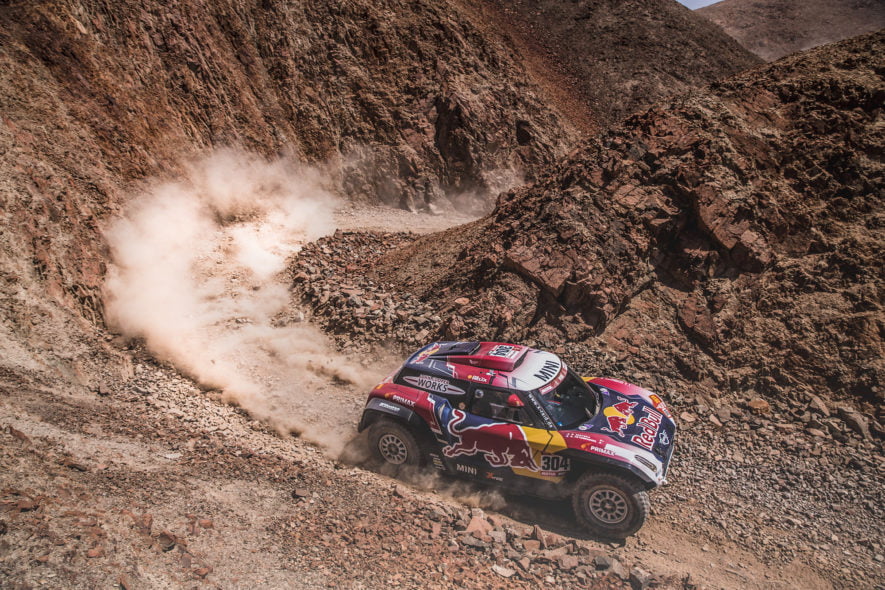 Tomorrow for Stage 8 has a unique start with the top 10 bikes, top 10 cars and top 5 trucks will all start together. With only 785 kilometers (487 yankee miles) remaining in the rally of 3000, the end is near.