On the 9th Stage of the 2019 Dakar rally a lot of interesting things went down, some were good to drivers and some weren’t so nice. The day started out with a unique start with the motos leaving 10 at a time while the cars left 4 at a time. This type of start this late in the race really favored the drivers who were leading overall. 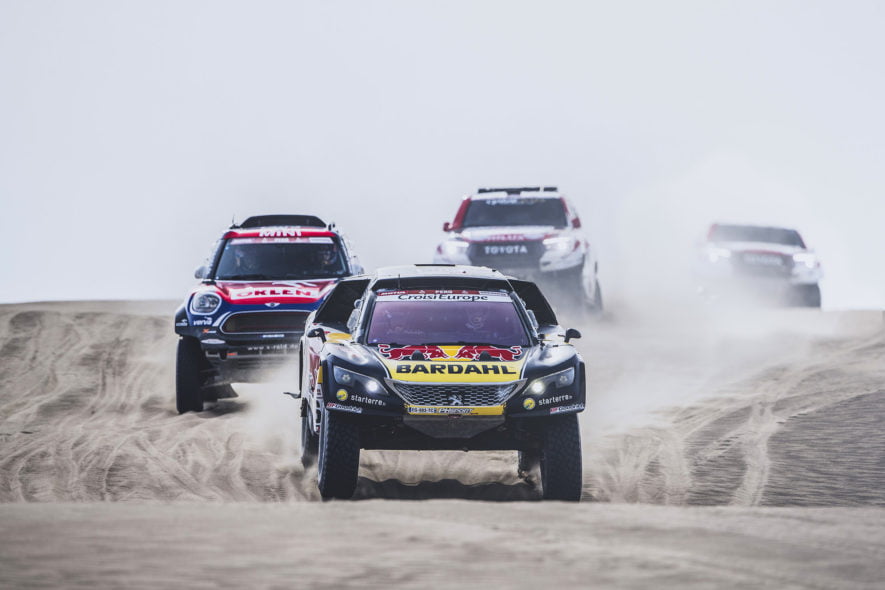 After yesterdays heartbreak with Ricky Brabec pulling out of the rally with a blown motor, America’s Brother from another Mother, Toby Price took over the lead in the class. Starting the stage Price was only a minute and 3 seconds ahead of second place Pablo Quintanilla. With starting ten at a time, that would mean Quintanilla would have to beat Price by a minute to even up the times, so Price just had to play it smart and stay with him to maintain his lead. 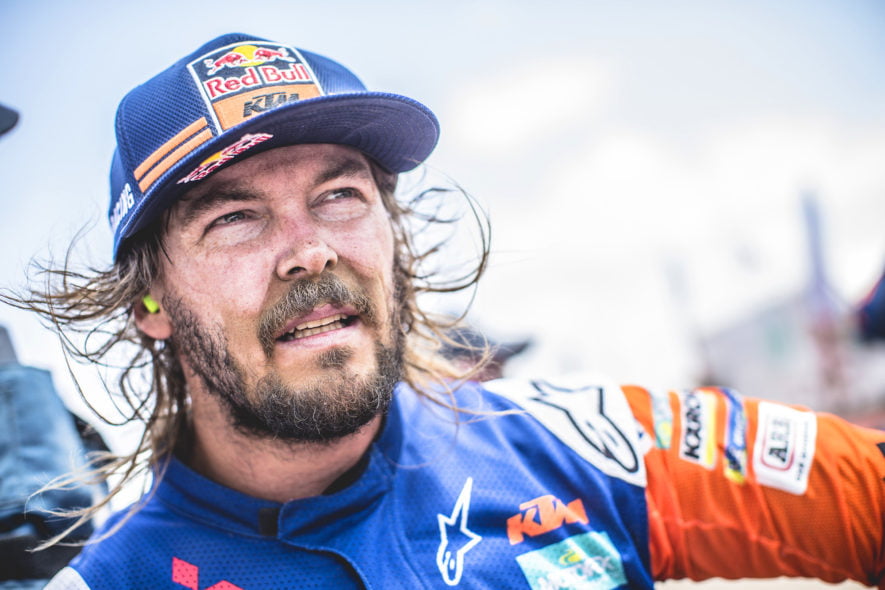 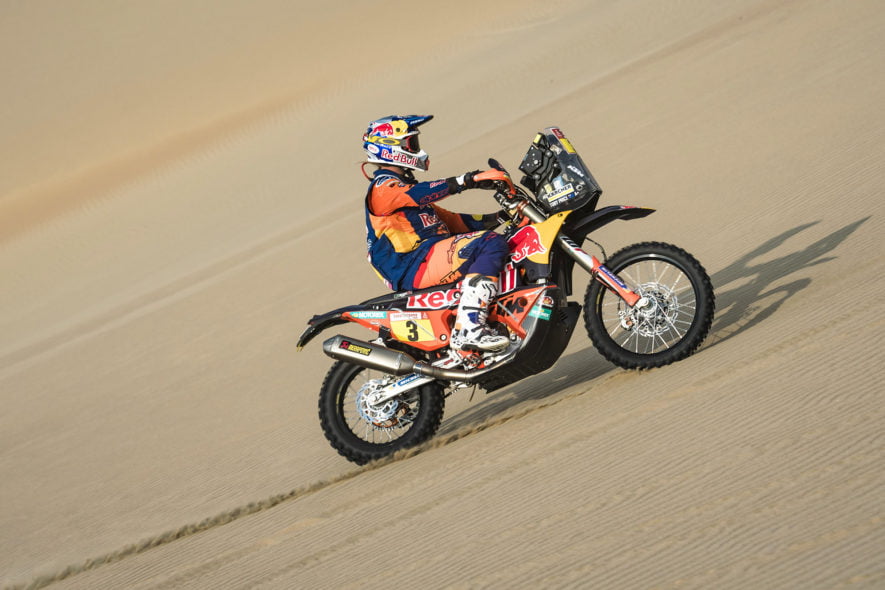 Thats exactly what happened, Price (who is riding with a painful wrist injury) and a group of other riders stayed together virtually the entire stage and crossed the finish line only a second from Quintanilla maintaining his overall lead. 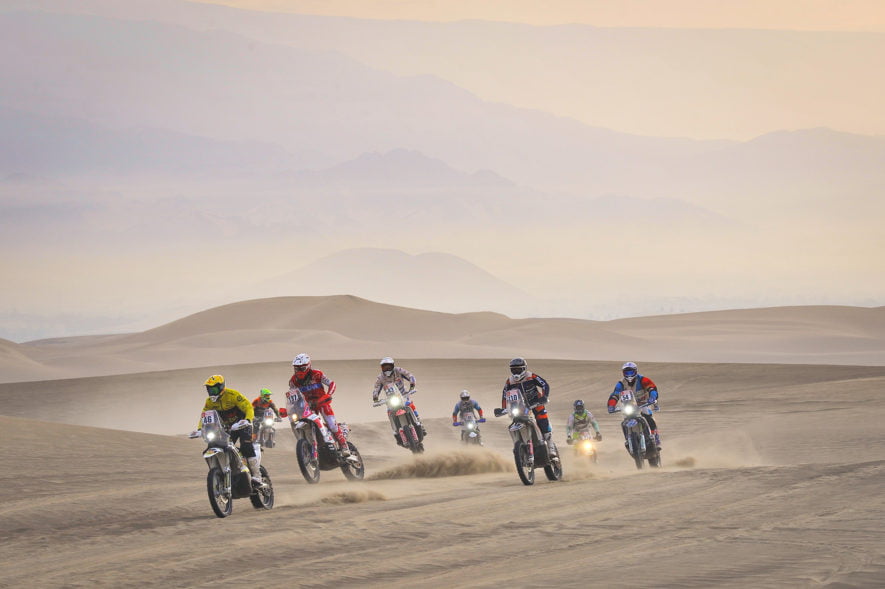 In the car class the only competition Nasser had to take away his overall lead was Nani Roma, Sebastion Loeb, and Stephane Peterhansel, and the only way that could happen would be if Nasser suffered a long mechanical delay as his lead was 46 minutes. It would be Peterhansel and Loeb however who would suffer setbacks. 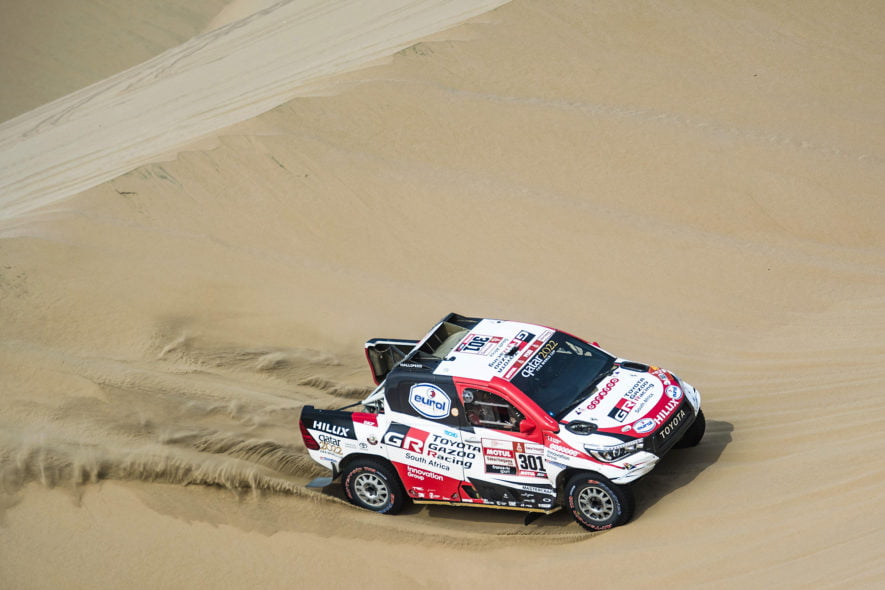 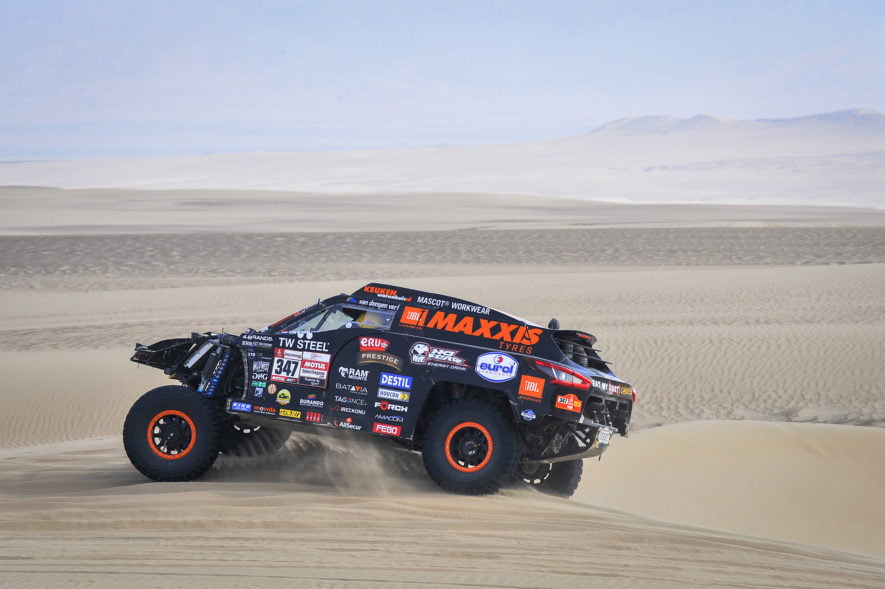 Peterhansel would have a rollover and forced to withdraw as his navigator suffered a back injury. Loeb had to pull over for a mechanical issue and while got back up and running, finished far back in the field and lost over an hour to Nasser. Roma had a trouble free day but so did Nasser so now sits 51 minutes back. 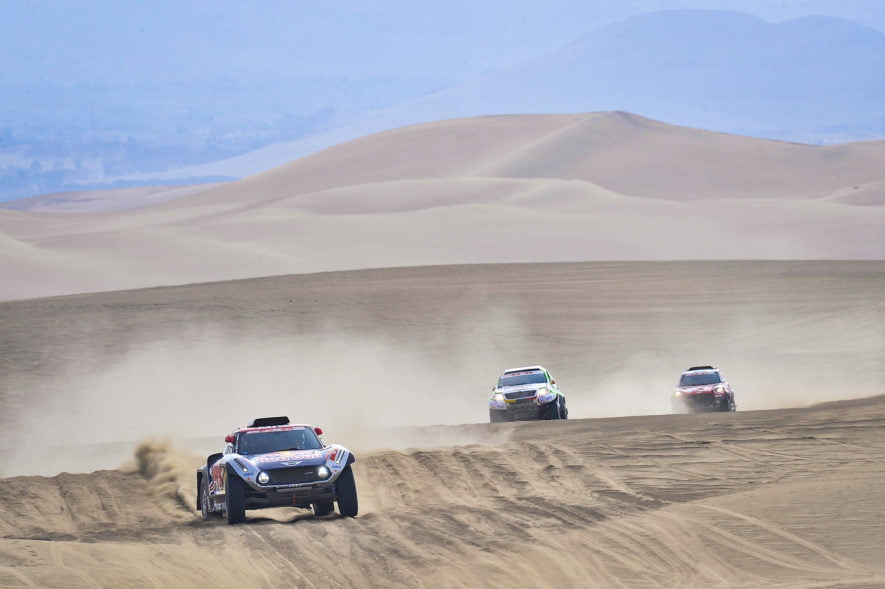 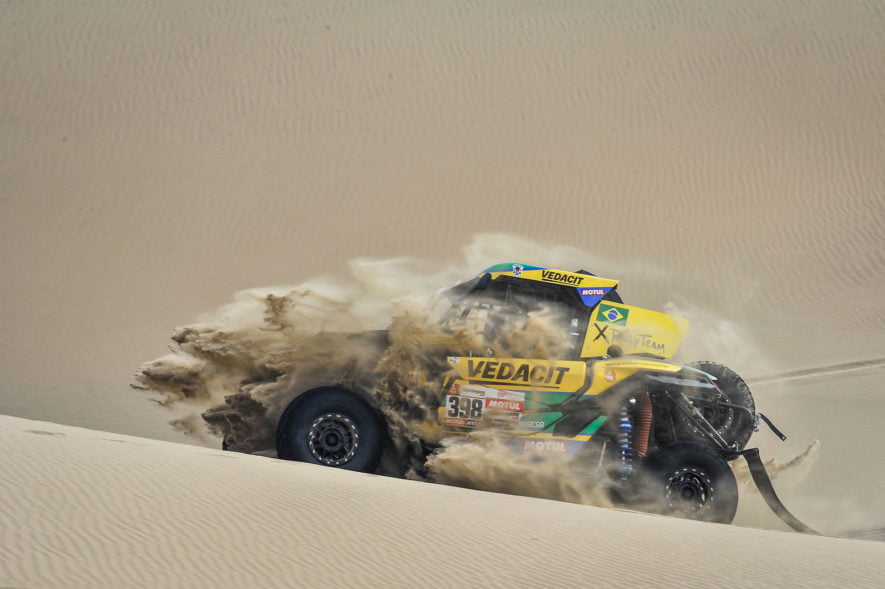 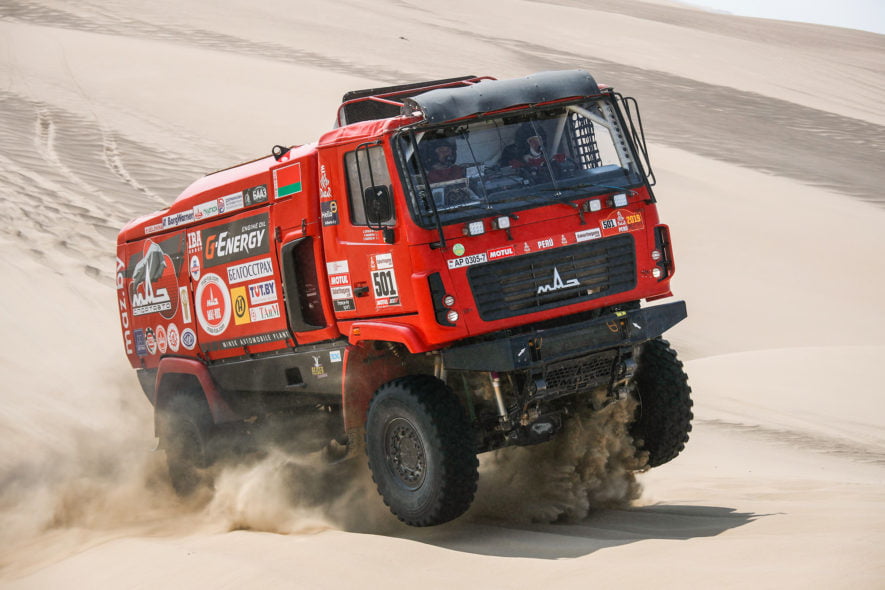 It seems as if this is now Nassers Dakar to win as tomorrows stage is a mere 112 kilometers (70 miles) and unless a miracle happens it should be his.

American Casey Currie continues to impress as he finished in the top 5 again in the SXS class and is now fourth overall in the class. His finish today gave him his 5th Top 5 finish of the rally. 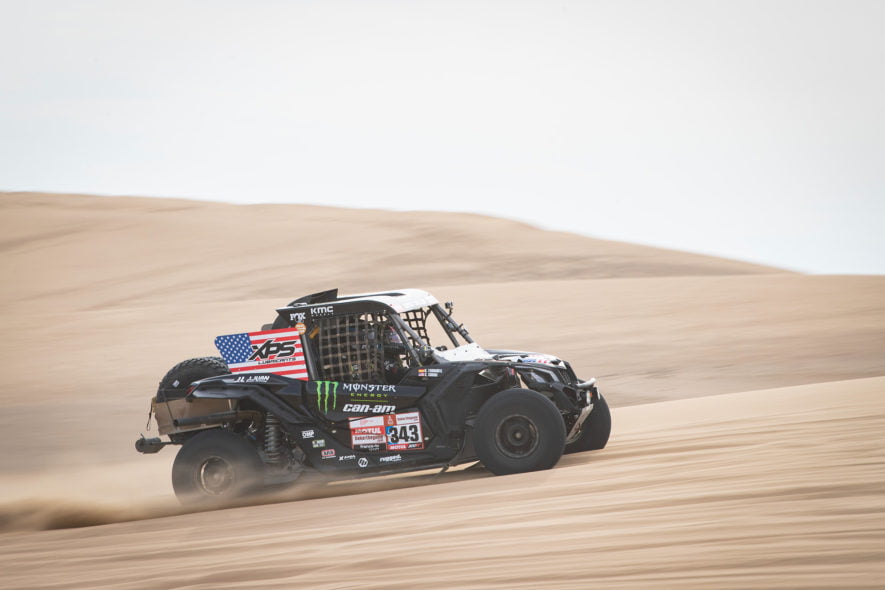 Another American who was impressed as of late is Andrew Short riding for Team Husqvarna. Short started off the rally expected to finish with a top 10 and thats where he sat for the majority of the rally. But things started to turn after Stage 7 sneaking up the ladder and after finishing 7th today moved into 4th place overall. While a podium finish for the rally is out of the question unless last years winner Walkner DNF’s, Short has exceeded expectations and made America proud.

Team SPEED keeps pushing along on the rally showing that they won’t give up and with one more stage to go want to prove that all three Textrons finished the rally. 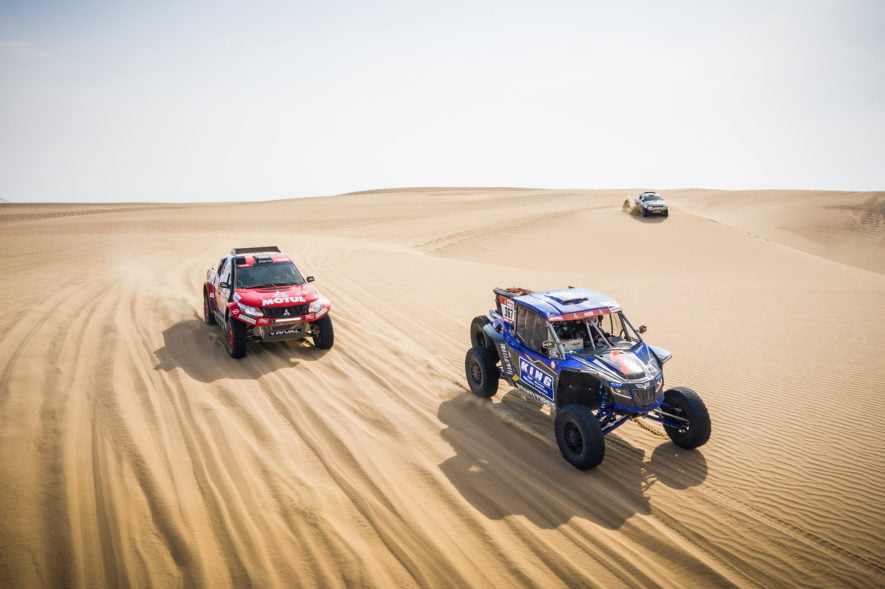 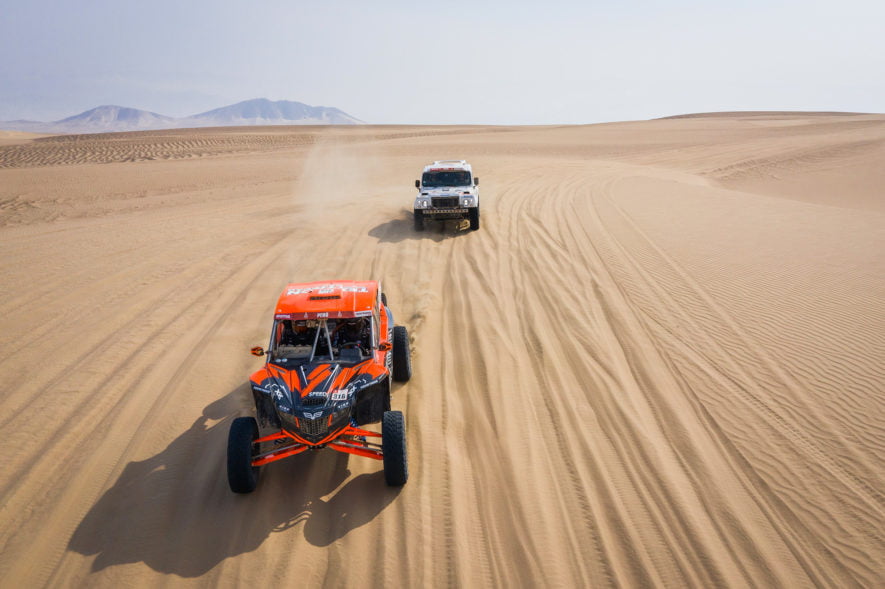