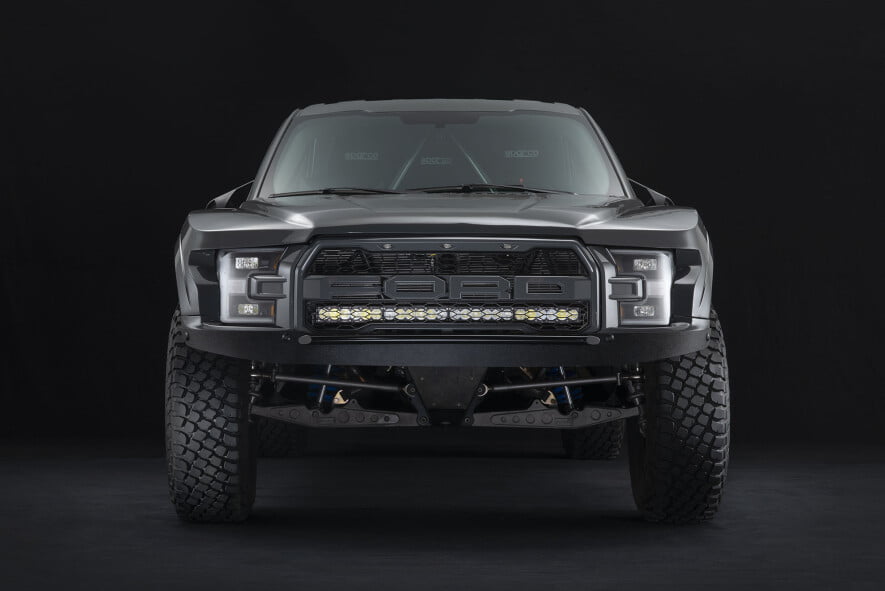 Steve Olliges has been racing off road since the 1980’s. He got his start at the Legendary Mint 400 in the Hal Segland Bronco. Steve went on to race Stock Full in a Ford F-150 and later became a part of the historic factory Ford Rough Riders. Steve also teamed up with Rob MacCachren in a Stock Ford Ranger for five seasons in the BITD series. To say that Steve paid his dues is an understatement.

In 2018 steve ordered a new aluminum cab Raptor from Geiser Brothers. Although he wasn’t ready to retire his Stewart’s Raceworks single cab prerunner (which started life as his stock full racer) he did need to increase the seating capacity as his kids Kailee and Jack have begun competing in the UTV Rally class in BITD and the prerunner known as “Big Red” just wasn’t going to cut it. Is it sill a Raptor if it doesn't have 4WD?