Stronghold Doubles Down For Vegas To Reno – race-deZert.com 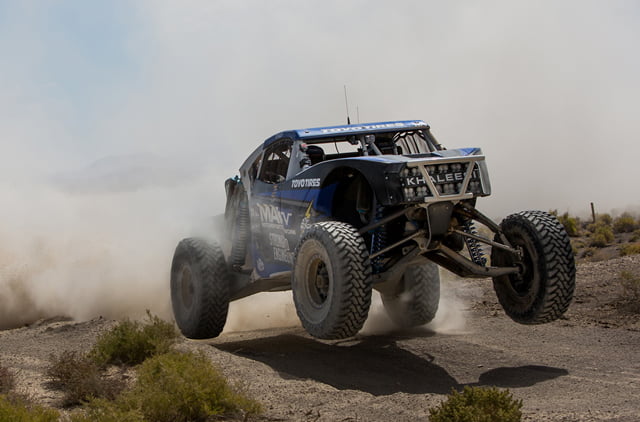 550 miles later, Stronghold Motorsports conquered the longest offroad race in the U.S. not in just one, but two different race cars. More than the just rough terrain and blinding silt beds, the 2017 Vegas to Reno race brought on a new challenge for Stronghold Motorsports, this year fielding 2 cars in the unlimited classes. Behind the wheel of the 1500 was veteran team driver Brandon Bailey and newest team member Brandon Arthur, and while they encountered a couple issues in the first hundred miles, it was a solid day for the team in the #1529. 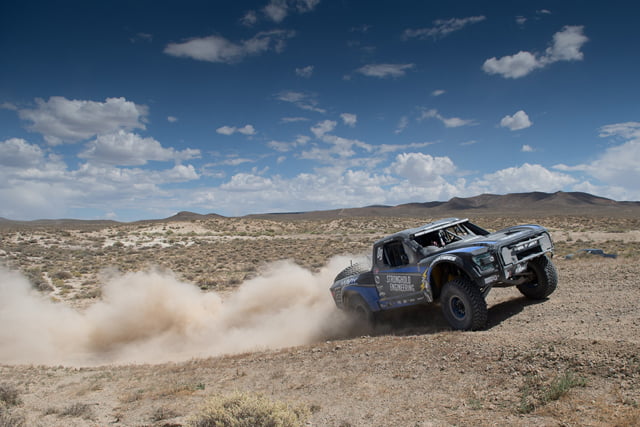 After a successful debut race at the 2017 Mint 400, the Stronghold Motorsports #89 Trick Truck made its return for its second race of the year, piloted by Scott Bailey and Jason Coleman.
“The race day was good. I started conservative, just didn’t want to get any flats and figured the race would come to us some. Late in my section we stopped for a quad rider that had been hit by another truck and we tried to help some before moving on. Shortly after that I punctured a tire coming into a pit chasing a truck in the dust. I got one more puncture due to a rock hidden in the silt, Mila changed it and we were off again. From there we had no other issues getting the truck to Scott. I felt it was a good run for my second time racing the truck.” – Jason Coleman.
While race day would hand out its fair share of challenges and flat tires, the team battled through the dust and pushed hard to put both Stronghold Motorsports cars across the finish line. 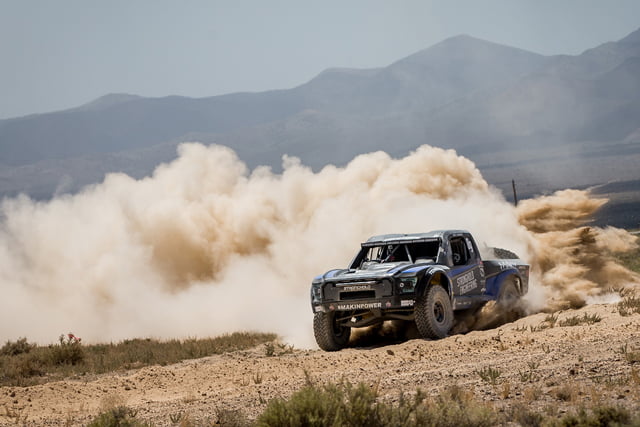 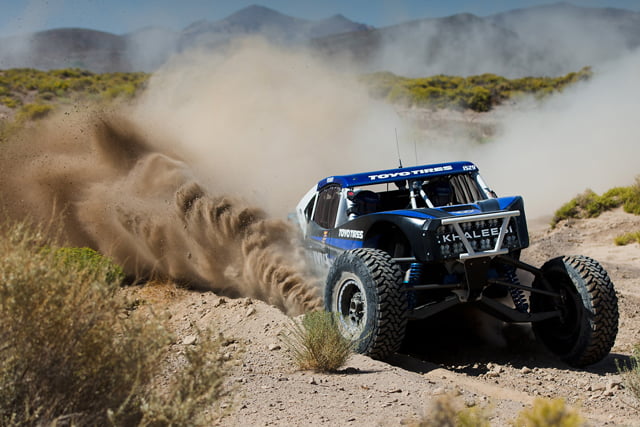 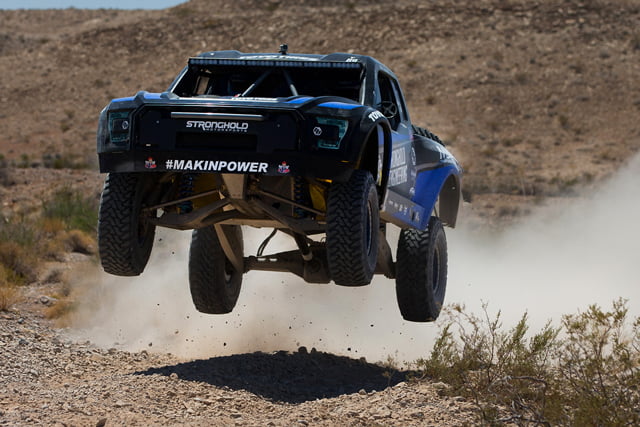 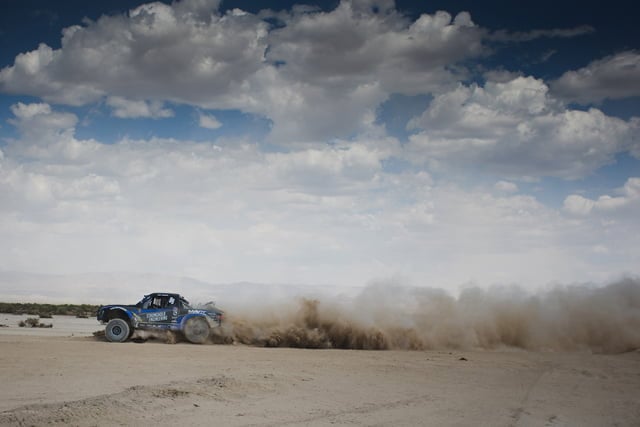 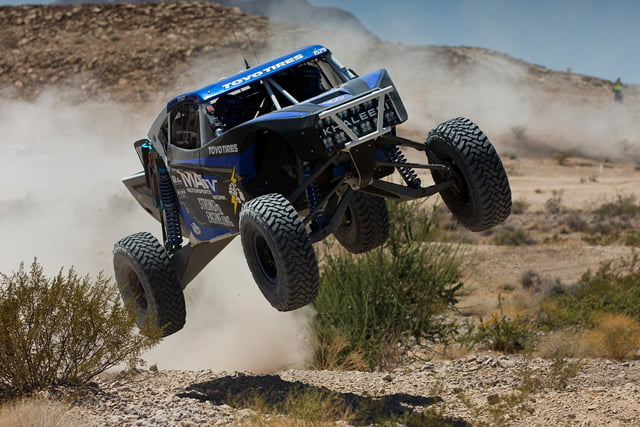 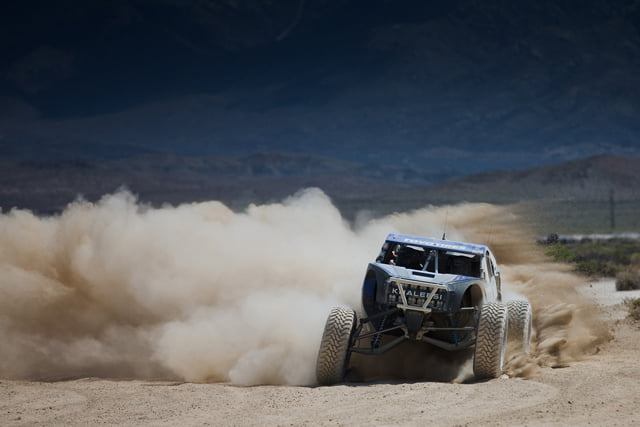