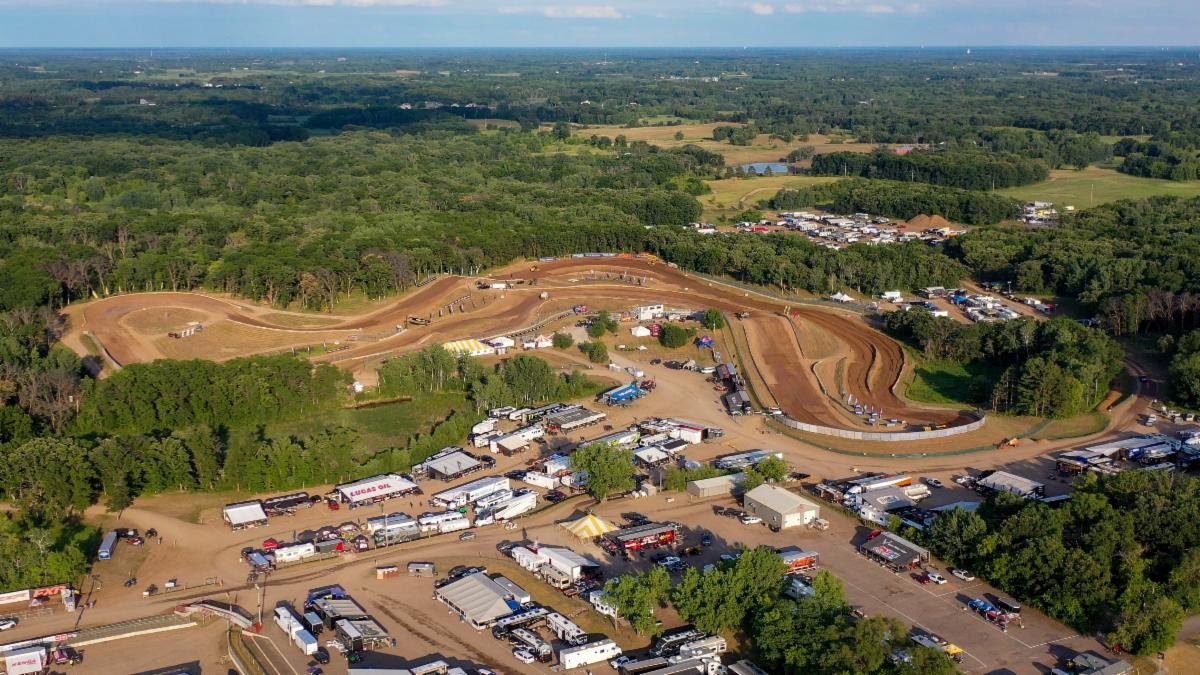 Elk River, MN, (July 9-10, 2021) A small break from the Wisconsin tracks, had the Stronghold Motorsports team enjoying their visit to the ERX Motor Park in beautiful Elk River, Minnesota.

A first time visit to the lush green landscape surrounding the ERX Motor Park for the Stronghold Motorsports team, had Madix Bailey and Doug Mittag reveling in the beauty that surrounded the track. Yet, they both had business to handle at Friday and Saturday’s race festivities. Thursday, Madix qualified 2nd which provided for a 5th starting position. Doug MIttag qualified his Pro4 truck in the 6th position, before having a catastrophic engine failure that required the team to replace the entire engine overnight. 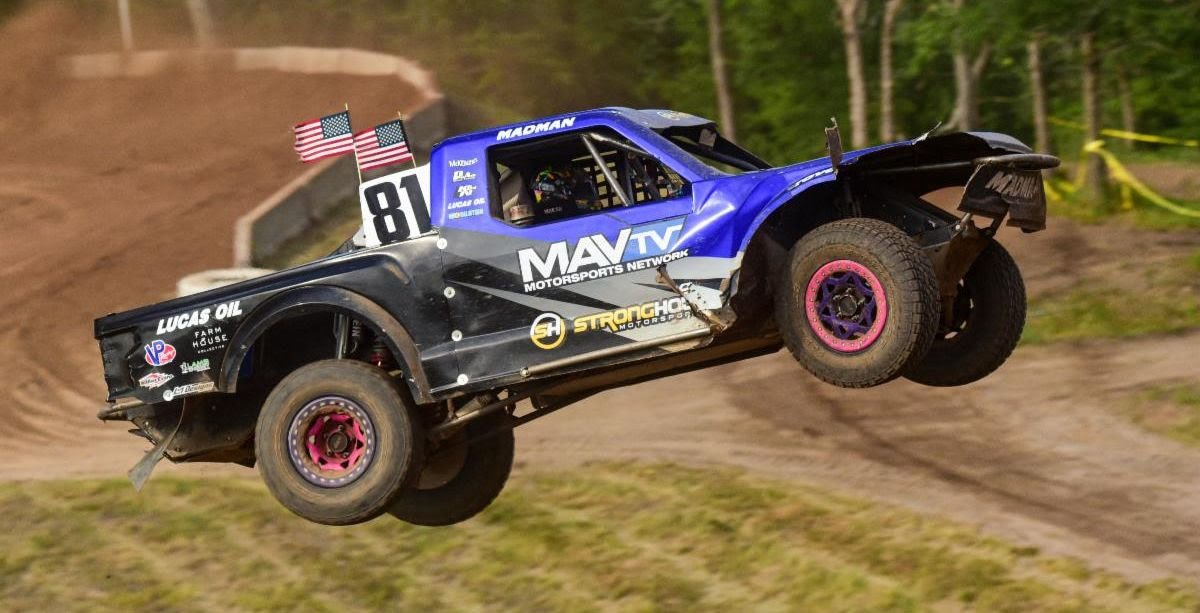 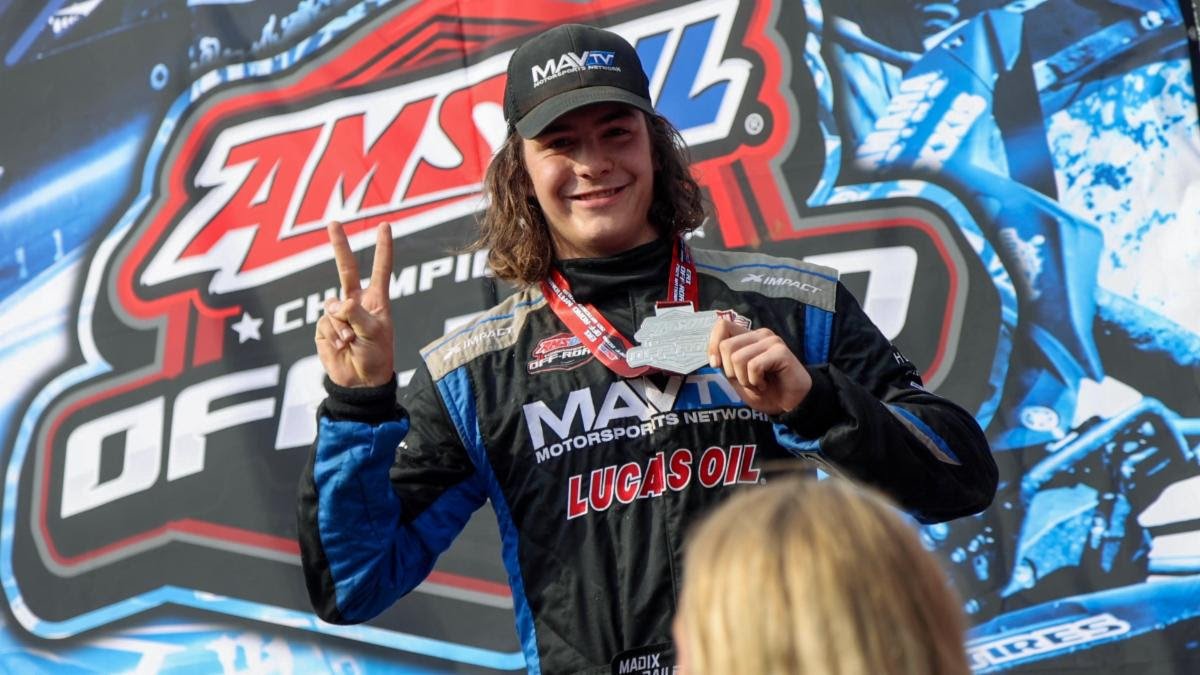 By Friday morning, the racing festivities began, and the Stronghold Motorsports team was ready to take on the ERX Motor Park. Madix having started in the 5th position was on the move and was making passes early in the race. He made his way up to the 2nd position and set the fastest lap for the race. He was able to hold off the competition and maintain his 2nd place spot all the way to the checkered flag. Doug Mittag started in the 6th position for this Pro4 race and spent the majority of the race in the 5th position, however he was plagued with engine problems and unfortunately Doug had to DNF the Friday race. 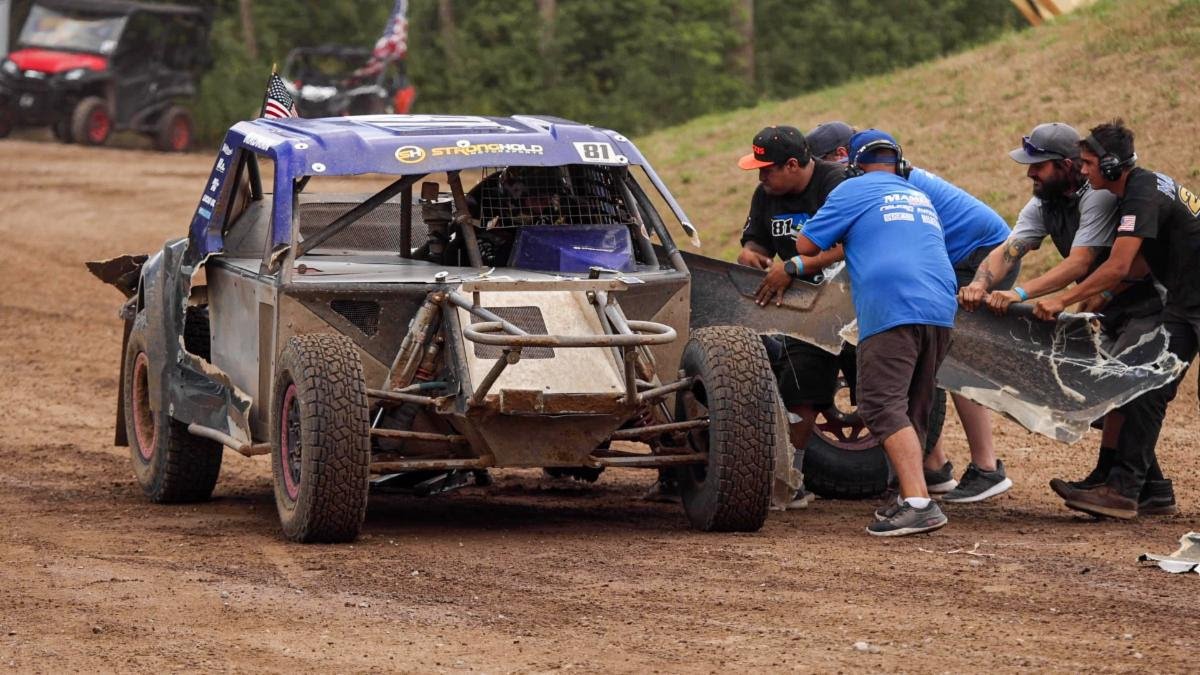 Saturday’s race had Madix starting in the 5th position again. In the first few laps of the race, Madix took on some serious body damage which resulted in his hood taking placement over the windshield. Not ideal when trying to fight your way to a first-place finish and unfortunately with his obstructed view and nearly no vision on the track, he was unable to hold off the competition and finished the race in the 10th position. 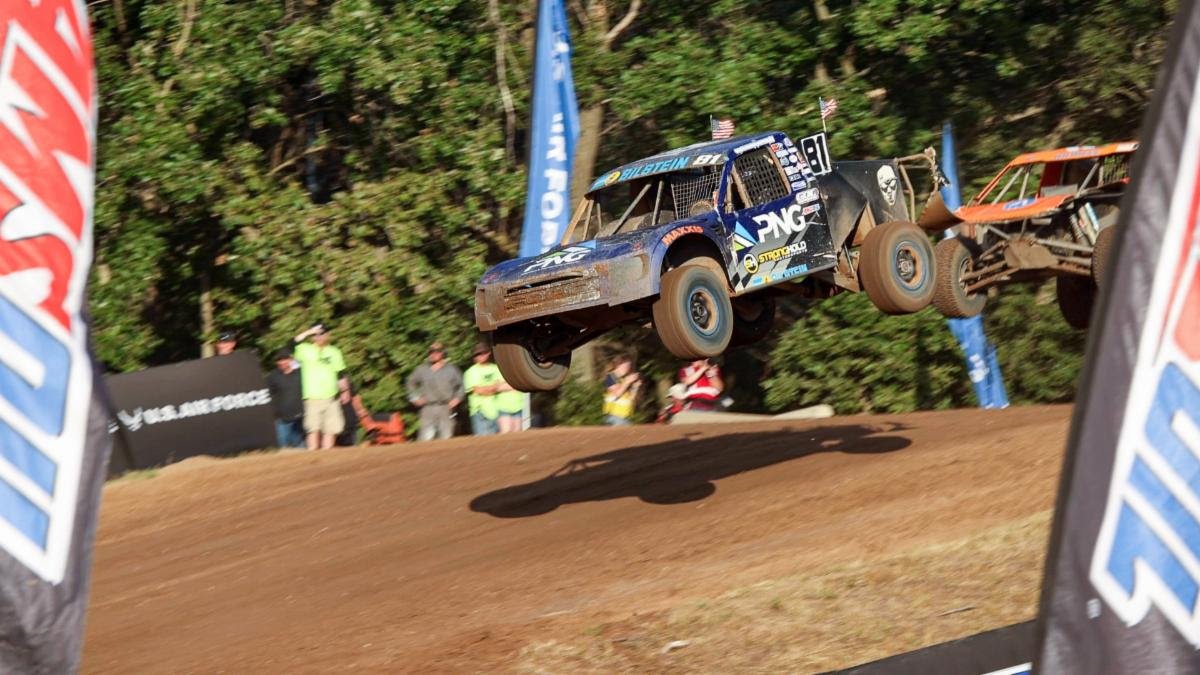 Doug started in the back of the pack for his Pro4 race and was quickly going to work on the field, when he clipped the inside k-rail in turn 1, resulting in a flat tire. He quickly pulled the Pro4 truck into the pits for a quick tire change which ultimately put Doug a lap down. As hard as Doug fought and was on pace with the leaders, the battles in front of him didn’t allow him much passing room though he was able to salvage an 8th position finish 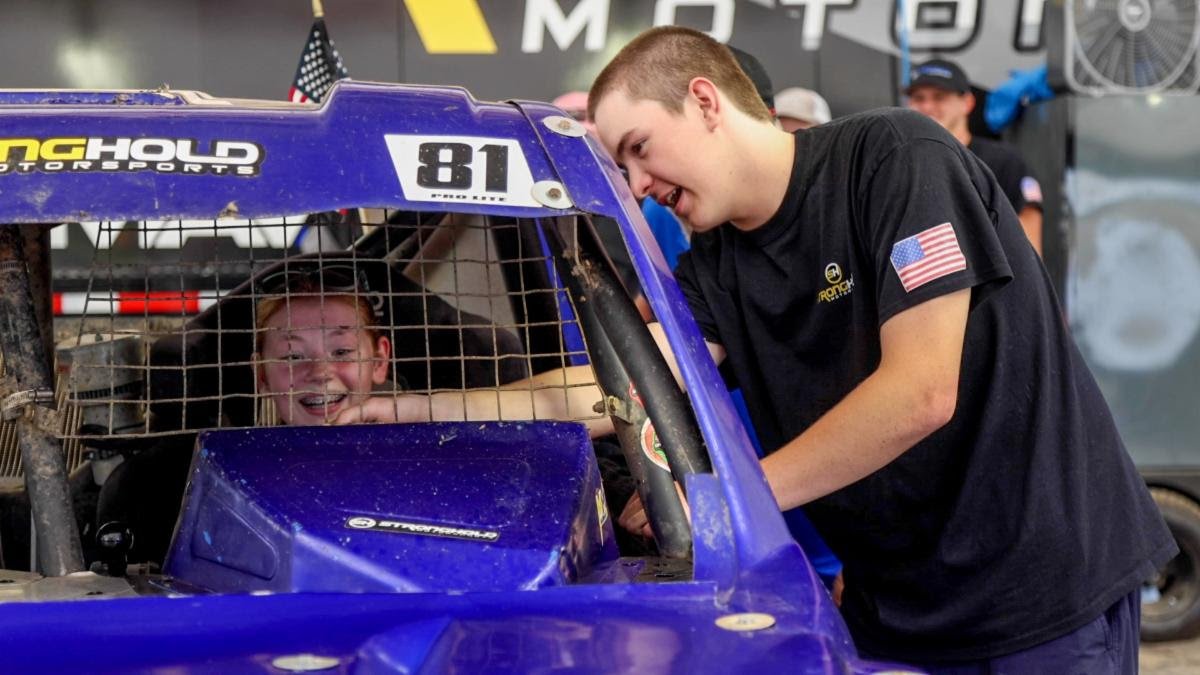 While racing is our passion and hobby, giving back to the community is at our core. The Stronghold Motorsports team was fortunate to welcome the Big Brothers and Big Sisters program associated with the Hunter Houles Foundation to our pits for a meet and greet with our team, the drivers and the men and women that are behind the scenes of our racing team. Many kids and their families were able to see the Stronghold Team race trucks up close and personal and some even got to enjoy sitting in the driver’s seats and revving the engines. The Stronghold team provided the kids with team shirts and sweatshirts as well as some autographed memorabilia. These impactful moments are forever imbedded in our hearts and minds, and we are so fortunate and blessed to be involved in such an important organization
The next race for the Stronghold Motorsports team takes place at the Dirt City Motorplex in Lena, WI on July 31 and August 1st.

Live streaming of the Champ series can be found here: https://champoffroad.com/. Be sure to tune in and watch the Stronghold Motorsports team on some of the fastest short course racing in the Mid West!