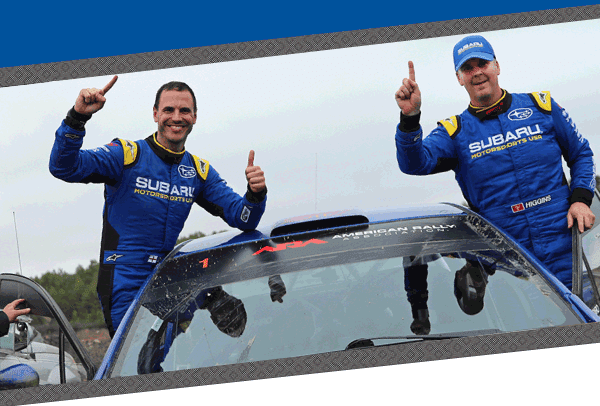 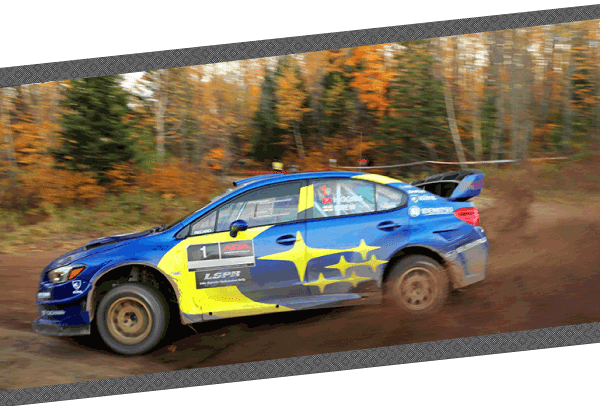 Subaru Motorsports USA driver David Higgins wrapped up his tenth career U.S. national rally championship this weekend at Michigan’s Lake Superior Performance Rally (LSPR), the ninth and final round of the 2019 American Rally Association (ARA) calendar. Teammate Oliver Solberg took the LSPR event win, marking three victories each for the two Subaru drivers and elevating Solberg into third place in the final championship standings. Subaru has now won thirteen of the last fourteen U.S. rally titles dating back to 2006, including a remarkable eight by Higgins and co-driver Craig Drew during their nine-year run with the team.

The 2019 rally season promised a battle of proven success versus young talent as Higgins and Drew faced off against 17-year-old Oliver Solberg and co-driver Aaron Johnston in identically prepared Open Class WRX STI rally cars. Solberg would begin the season strong with a second-place finish at 100 Acre Wood and take his first U.S. victory at the following month’s Olympus Rally, but Higgins struck back with a near-faultless drive at May’s Oregon Trail Rally to notch his first win of the year. Idaho Rally International was a near-miss for Higgins after an off on the final stage cost him the victory, but he responded in July at New England Forest Rally with a wire-to-wire win to take sole possession of the championship lead. After a win at Ojibwe Forests Rally put Higgins and Drew virtually out of reach for the rest of the field, a second-place finish at Susquehannock Trail Performance Rally allowed the pair to mathematically secure the title with one event remaining.

With the driver’s championship a foregone conclusion heading into LSPR, the two Subaru teammates looked forward to a head-to-head fight for the last event win of the year. Higgins came out of the gate fast on Friday, winning the first four stages of the day to build a lead over Solberg and the rest of the field. Unfortunately, his car struck a tree stump on Stage 5, damaging the left front suspension and putting the win out of reach. Solberg inherited the lead and began collecting stage wins through Friday’s night stages, building a lead of more than a minute over second-place driver Barry McKenna by the end of the first day. With a consistent and fast drive on Saturday, Solberg and Johnston brought home the first-place trophy and earned enough points to move into third in the final championship standings.

“From the beginning of the season our focus has been on the championship,” said Higgins after the event. “Of course it’s disappointing not to end the season with the performance we wanted, especially here at LSPR where we’ve won in the past, but I’m very proud to have earned my tenth title. We put together strong events when we needed to, and lots of credit to Craig and the rest of the team for all their hard work this year as well.”

“It’s been a long season, and a fantastic season!” Solberg said. “Last race of the year, and we won it. It’s just amazing to end it on this high. Thanks to Subaru and thanks to Vermont SportsCar for this incredible experience.”

With Higgins’ ARA driver’s title and the Americas Rallycross (ARX) team championship secured earlier this month, Subaru Motorsports USA becomes the first team ever to win U.S. national championships in both rally and rallycross in the same year. 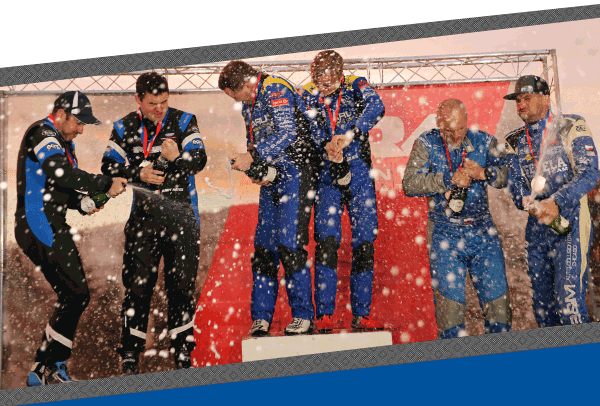 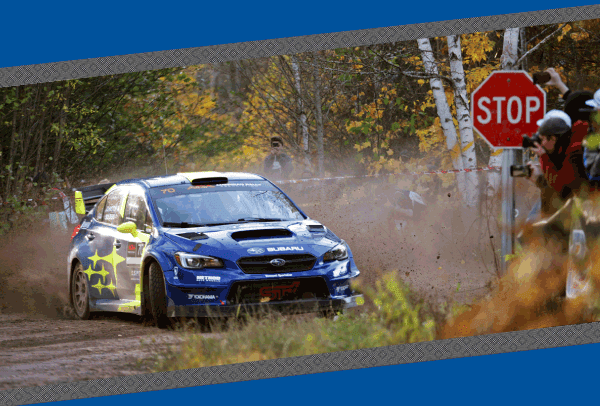 Oliver Solberg slides past a spectator zone on the way to victory in the final event of the 2019 American Rally Association calendar. 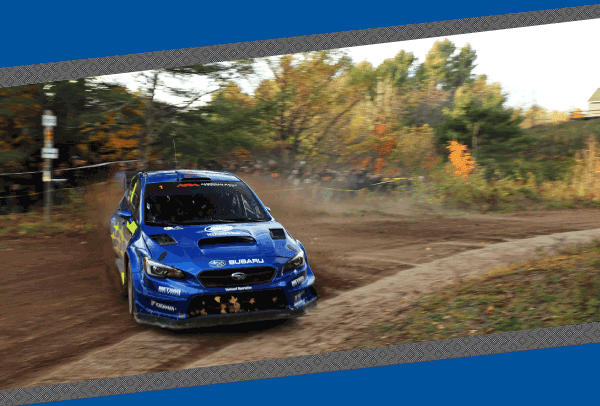 David Higgins won the first four LSPR stages before a damaged suspension on Stage 5 ended his chance at the event victory. 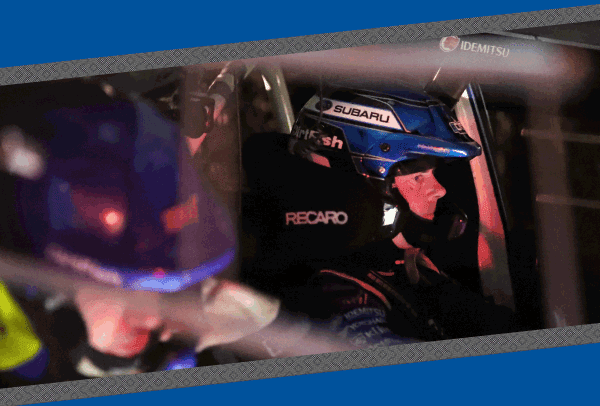 David Higgins and Craig Drew prepare for the Friday night stages at LSPR.

The fall foliage in Michigan’s Upper Peninsula provided a spectacular backdrop for LSPR competitors and spectators. 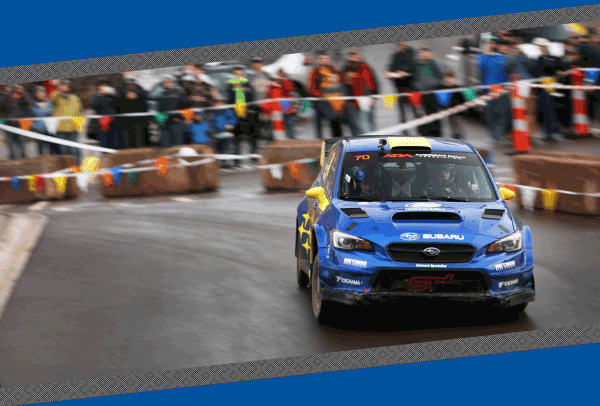 The ARA season wrapped up with a final super special stage in downtown Houghton, MI in front of crowds of fans. 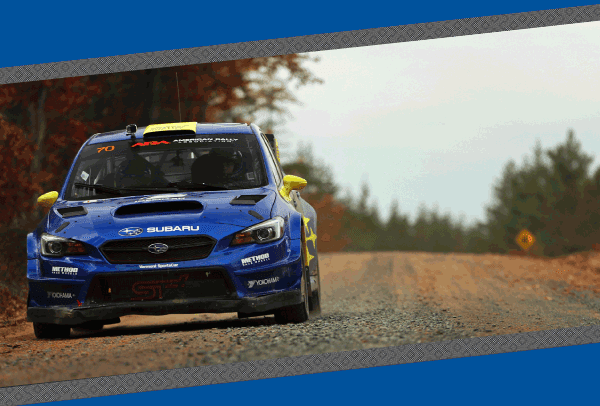 Subaru Motorsports USA drivers won six events over the course of the nine-event ARA campaign – three each for Oliver Solberg and David Higgins. 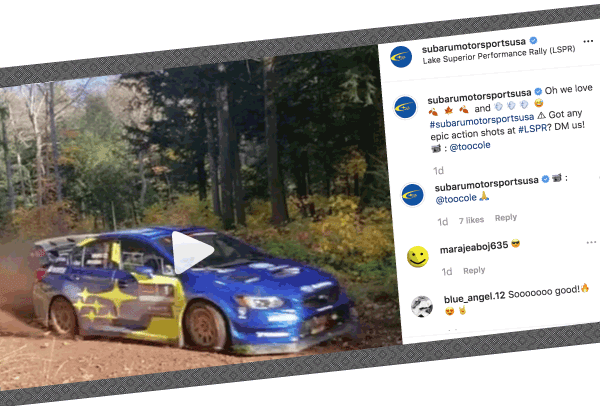