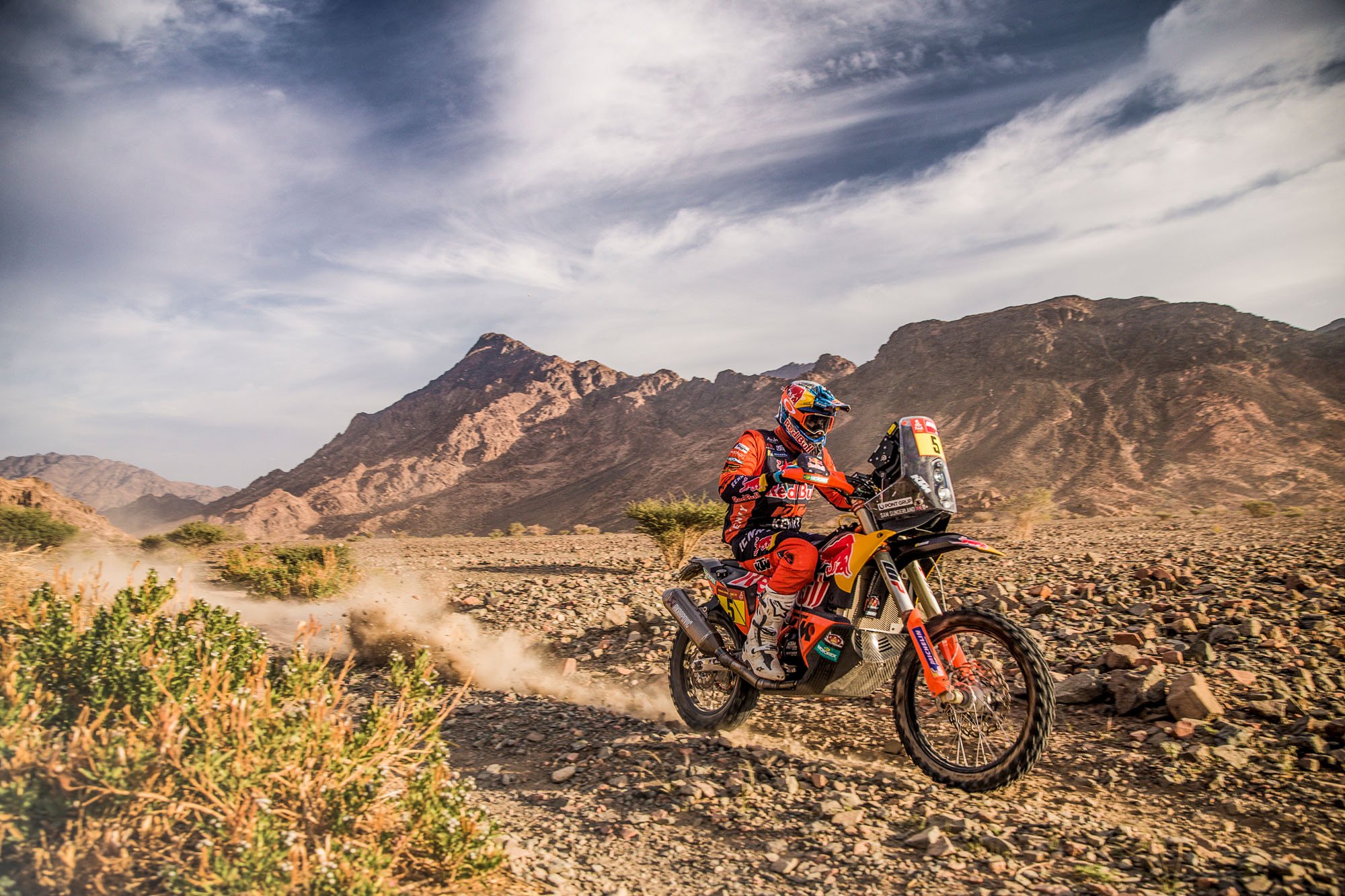 British biker Sam Sunderland produced a superb ride on Thursday’s Stage 11 to give himself a chance of victory on Friday’s final 2021 Dakar Rally stage as Nasser Al-Attiyah reduced Stéphane Peterhansel’s car lead and teenager Seth Quintero won another stage in Saudi Arabia.
Here is all you need to know:

– 2017 champion Sunderland has kept plugging away at Argentine Kevin Benavides’ overall bike lead and he won today’s stage to cut the deficit to just 4m12s.

– Sunderland, 31, who drew level with Benavides overall at one point, revealed: “I knew that today was one of my last chances to try to win. I gave my all, all day. I didn’t manage to take quite enough time, but I’m happy.”

– Sanders, 26, who could still claim a podium spot, added: “It was a really cool stage, my favourite one so far. There was lots of variety and it was really difficult. I’m in a good position on my first Dakar.”

– Qatar’s Al-Attiyah, who won the opening prologue, has now added a fifth stage win to his 2021 tally nevertheless he still remains 15m05s behind Peterhansel in his quest for a fourth Dakar title.

– Peterhansel finished second to boost his chance of a record 14th title, while reigning champion Carlos Sainz was third including an extra blast of desert sun when the roof of his MINI Buggy was removed.

– Al-Attiyah, 50, explained: “I’m really happy to be here on day 11 without any technical problems with the car. There’s still one stage to go and we will see what the next day brings.”

– In the Lightweight Vehicle category, rookie Quintero powered to another stage victory by an impressive 12m13s margin over Chilean Chaleco Lopez  – who extended his overall lead – as Quintero’s fellow Red Bull Off-Road Junior Team driver Cristina Gutiérrez of Spain finished 30 minutes back on the day.

– American Quintero, 18, said: “Today went absolutely amazing. Our plan was to pick cars off all day and run smooth and that’s exactly what we did. We end up as the first over the line and the first on time. It blows my mind how well this Red Bull Off-Road Junior Team works.”

– Friday’s Stage 12 will see the convoy battle across 225km of special stage from Yanbu to Jeddah where this year’s edition will finish on the shore of the Red Sea.