Tarah Gieger is back at the races and back on the box! Round #9 of the National Grand Prix Championship was hosted by the Prospectors MC at Shorty’s Sports Park in Blythe, CA a new venue for the series. The track was well prepped, watered, and treated racers to a 5 mile plus circuit of mostly sand base. For the 1.5hr premier Pro Race on Sunday, the club added an additional “Pro Section” to make things interesting for the competitors.

JCR/Honda’s Tarah Gieger (CRF250RX) and Preston Campbell (CRF450RX) put in strong efforts. Preston ran solidly in the top ten and tied his top finish for the series in 6th in the Pro division. Tarah, on her 3rd race back, ran a great race placing her Honda on the podium with a well-deserved 2nd Women’s Pro.

The final round of the NGPC will conclude November 27/28 in Delano CA. 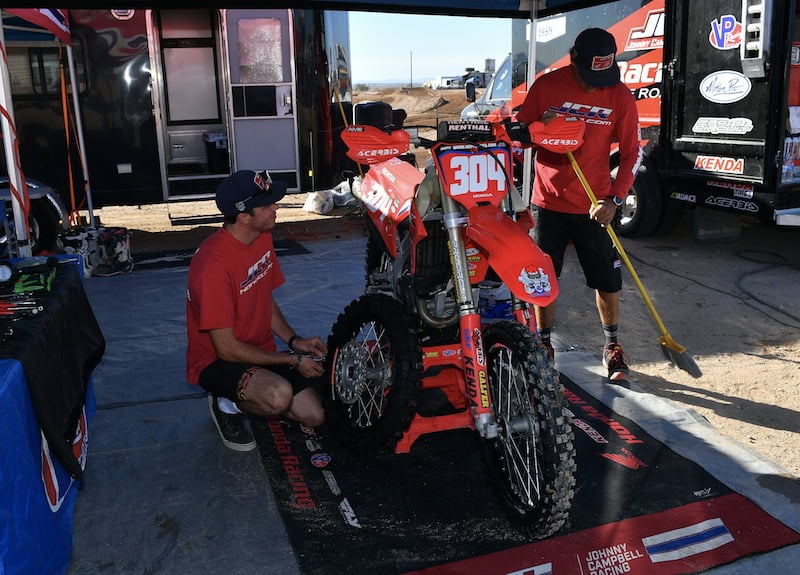