Tavo Vildósola Beat The Heat at The Imperial Valley 250 – race-deZert.com

According to the rumors this could be the last running of the SCORE Imperial Valley 250. The low entry numbers and the weather conditions with the heat and dust of last years and this years events have to make it an easier decision to move away from it. This years IV250 had under 90 entries, 15 of those in the Trophy-Truck class, maybe not a impressive number compared to other events these days but definitely some of the best of the best were there fighting for precious points for the 2015 SCORE Championship. 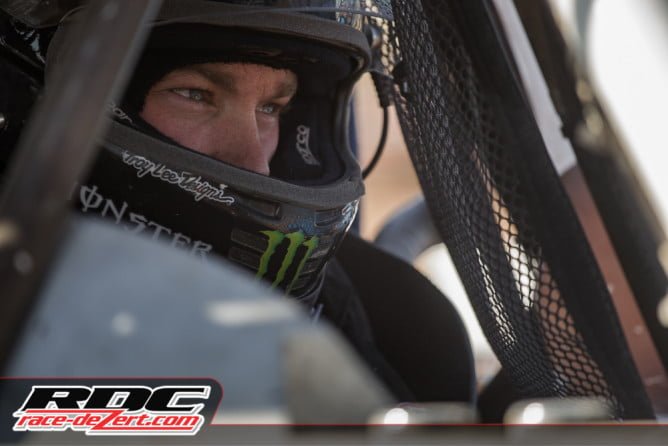 The race started at 5:30am right before sunrise with temperatures already well over 80 degrees. Two laps for the limited classes and three laps for bikes, ATV’s and sportsman classes. In Bikes, 3x Mark Samuels got the overall win 10 minutes ahead of 5x Colton Udall. The limited class with the most number of entries were the UTV’s with eight, 1971 Wayne Matlock, 1942 Scott MacFarland and 1917 of Derek and Jason Murray stood on the podium with speeds averaging above 40mi/hr. 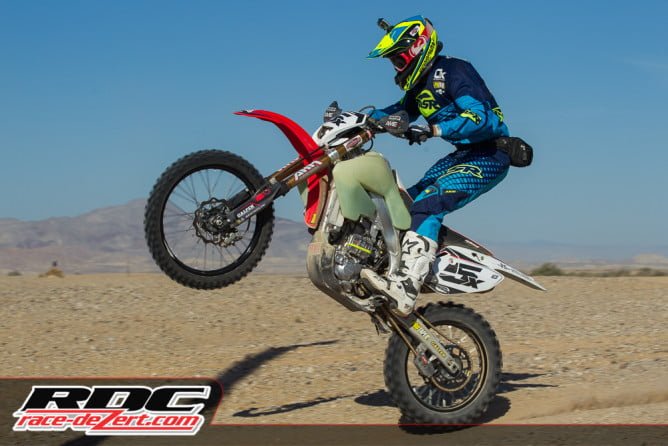 By 3:00pm in really hot weather conditions (110F) the Trophy-Trucks started their fight. Side by Side off the line immediately putting on a show for the fans with great battles like Tavo Vildósola vs Steven Eugenio, Apdaly Lopez vs Andy McMillin and Eduardo Laguna vs Armin Schwarz just to mention a few on the short course section in the Coyne Powersports Motorplex. At Mile 5 after dueling with Andy McMillin in Rob’s Mac truck, Apdaly Lopez crashed trying to pass Andy in the dust ending his race very early in the day, Andy McMillin and Rob Mac didn’t have luck on their side either not being able to finish after issues with their truck. 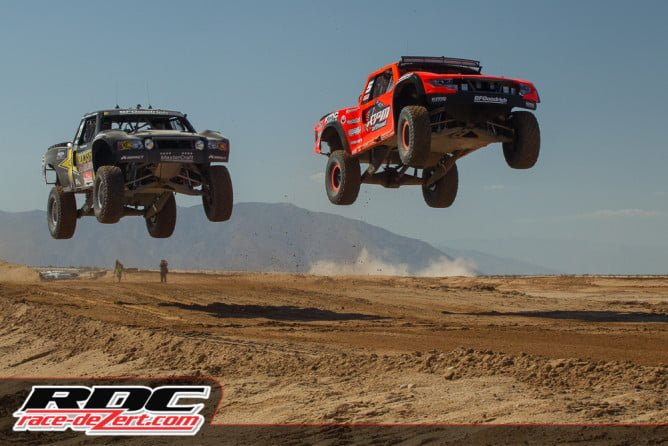 The heat and the desert really challenged the drivers, from the 85 official entries only 27 finished (31% percent). Steven Eugenio had an incredible day leading the whole race from mile 1 but just 5 miles of the finish line the timing belt on Zeus broke, ending his race. Tavo Vildosola held his own all day and was able to take advantage of Zues’s problem taking the checkered flag and the overall win. Lalo Laguna took second place and James Bult took the last spot on the box. Now the racers focus on the biggest SCORE race of the year, the Baja 1000.