Baja has its favorite racers that the fans always cheer for, but there is one that usually gets the loudest cheers and thats Mexico’s own Tavo Vildosola. At this years SCORE Baja 500 Tavo used that as motivation to battle what racers are calling one of the hardest races they’ve competed in, not only because of the terrain they had to battle, but the brutal heat that surrounded the course all day with temperatures as high as 125 degrees. 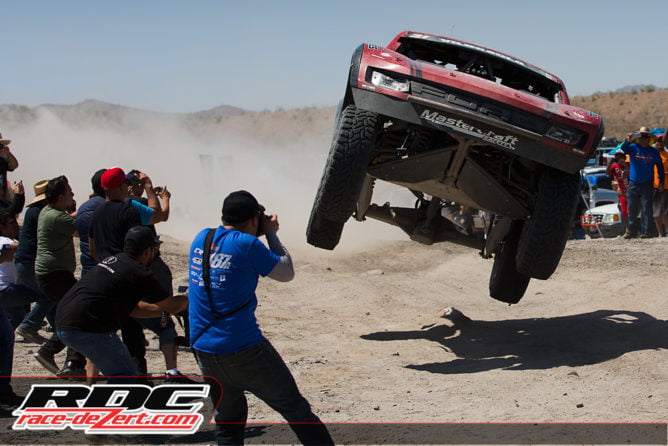 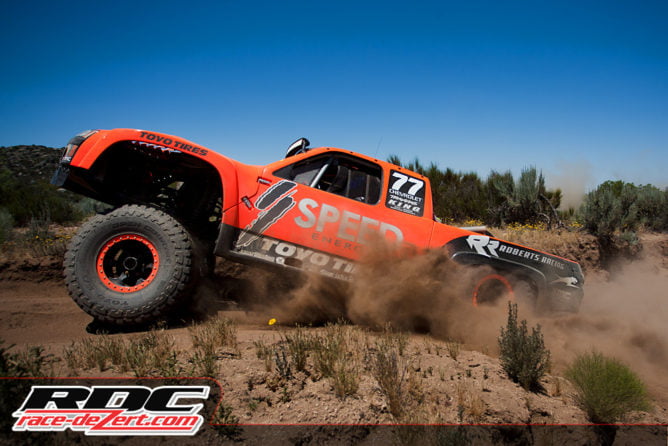 Starting in the 13th position Tavo slowly worked his way past the field to get within striking distance of the leaders and on corrected time took home the overall win. Tavo said after, “We survived the heat and I might be a little bit dehydrated and I’ve got a headache but we are good. We never got out of the truck and only stopped for 27-second pits three times. We had absolutely no issues and as a result of being a couple of pounds lighter we were able to push a little bit in the desert and make up time.”

Rob MacCachren and Apdaly Lopez would finish second and third respectively with Andy McMillin and Troy Herbst/Ryan Arciero rounding out the top 5 overall. 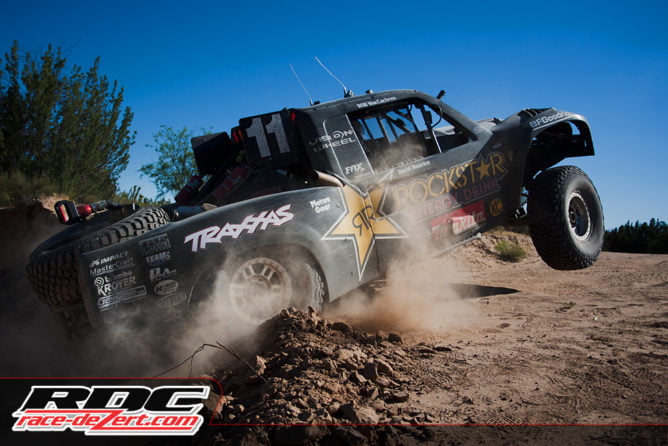 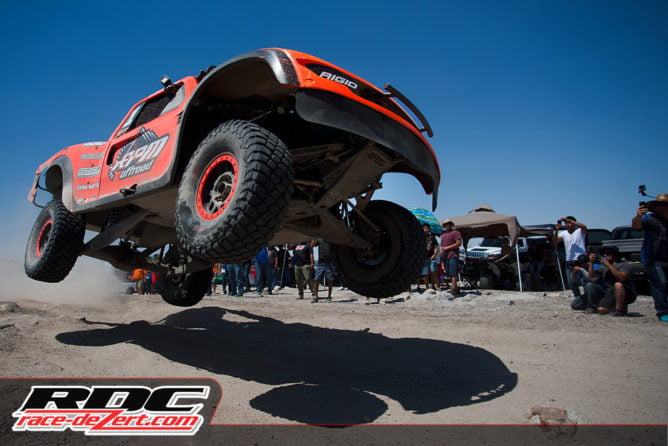 After winning earlier in the year the 1x team of Colton Udall and Mark Samuels backed that up by taking home another win and increasing their points lead to hold on to that 1x plate. Udall started the race and passed it over to Samuels who handled the middle section before giving the bike back over where Udall took it to the finish line. 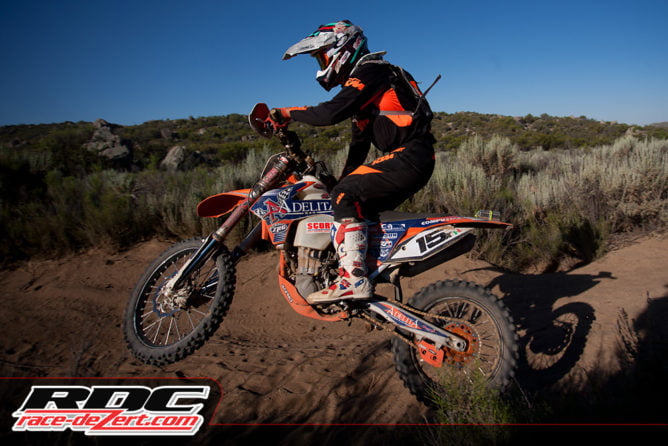 “The heat was extreme. I’ve never really raced in anything hotter than that before in my life. I pretty much just raced 250 miles of 115-degree weather and my brain feels like it is cooked. The San Felipe section of the course is always the toughest and it was anything you could do to just get through the section in the heat. The most important thing about a SCORE Baja race is knowing the course really well. You have to prepare and you have to ride the course a bunch and that’s the only way you’ll be able to hold it wide open. For me (in preparing for long mileage) I just do a lot of cycling. It helps me think. I have a lot of time to train and it keeps my heart really strong. When your body starts breaking down then your mind controls it. As long as you don’t run into a ditch you can cover a SCORE Baja race at the highest level if you’re fit.”

When you think of Baja and Class 1 the Wilson family has a long history of winning and this weekend was no different. Starting 15th off the line Ronnie, Brian and Randy Wilson worked their way up to third by mile 200 and after the Mike’s loop where first car on the road. Justin Davis who the Wilsons got around earlier in the day chased them down but couldn’t get around them and had to settle for second. Ronnie said, “We had Justin chasing us for the last 150 miles. He started second and we started 15th so we knew we had him on time. We drove a conservative pace to keep him behind us. We executed well. It was really hot and we tried to not overcook the shocks and torque converter.”. Brad Wilson and Kyle Quinn piloted the sister Wilson Motorsports car and finished third to get both cars on the podium. 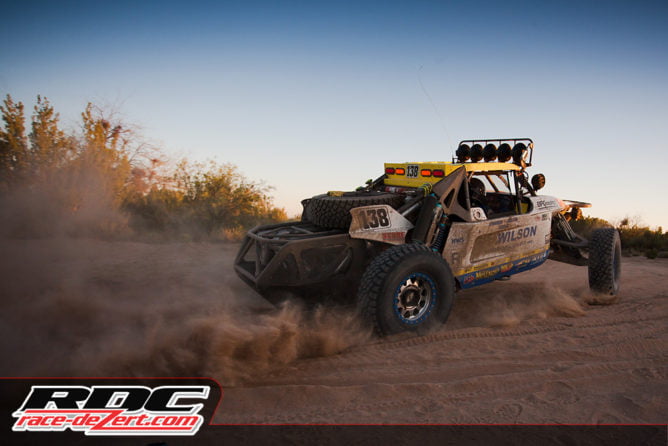 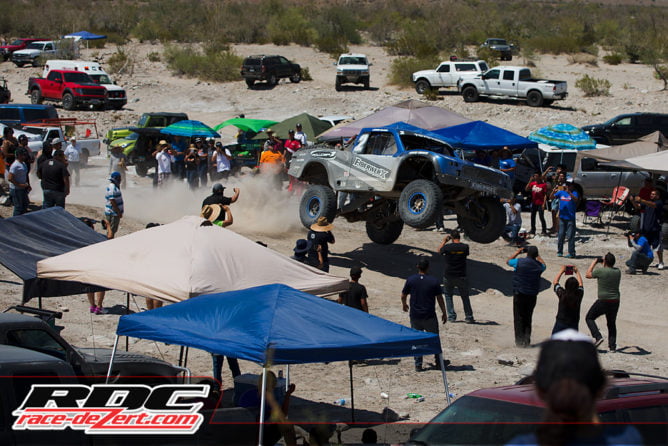 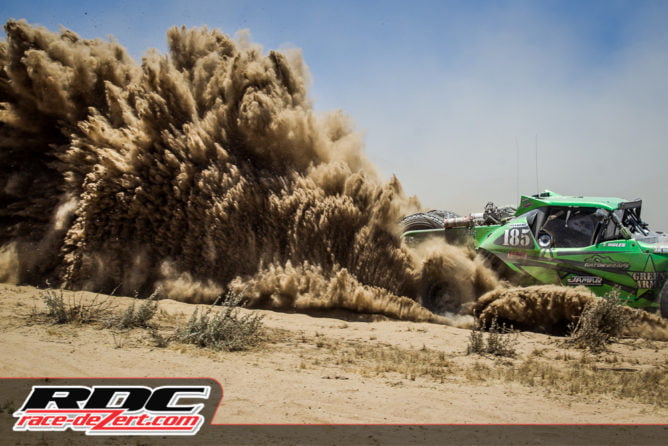 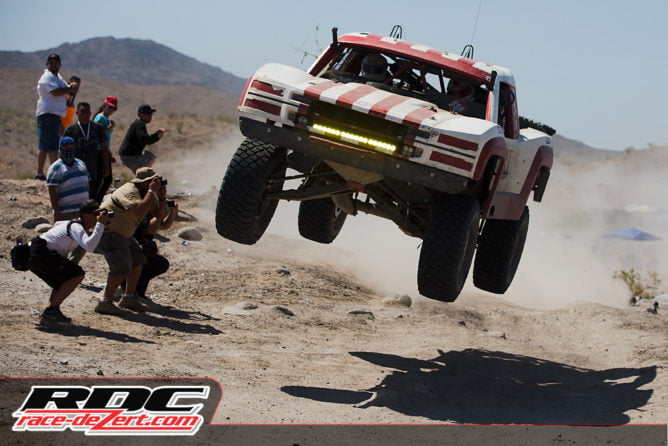 While racing down in Baja is an amazing experience for all those involved there are dangers that go along with it and unfortunately we were reminded of those dangers yesterday with three people passing away during the race. Our thoughts go to the racers, families, friends and fans of everyone involved. SCORE’s official statement on fatalities are as follows:

“Regarding the three fatalities during the race, SCORE officials released the following information: The closing time on the race course was delayed by one hour, 10 minutes as SCORE and local officials worked on the aftermath of an accident early during the start of the cars, trucks and UTVs involving a race truck within a half mile of the start. Racer Todd Pedersen, Orem, Utah, while negotiating a turn entering the Ensenada wash and attempting to avoid some fans, eventually hit three spectators. An eight-year old boy was fatally injured in the accident, according to police on the scene. He was transported to an Ensenada hospital where he was pronounced dead on arrival. The boy’s mother was hospitalized and is reported in stable condition at a hospital in Ensenada with head and leg injuries. The identities of the two victims were not released. In the first racer fatality, Pro Moto Unlimited rider Travis Livingston, 34, of Palmdale, Calif., crashed at race mile 288.9. When SCORE medical personnel arrived, while attempting to stabilize him, Livingston went into cardiac arrest and could not be revived. In the second racer fatality, Sportsman Moto rider Noah Evermann, 34, of Alaska, was found dead near his motorcycle at race mile 180.9 by another race team. No further information was released regarding all three accidents as all three are still being investigated by Ensenada Municipal Police.”

Photos by Jason Zindroski of HighRev Photography and Ernesto Araiza

Jason Zindroski
Tells the story with some great photos
What happened to the Driver of the truck that hit the spectators? Is he ok,our prayers go out to him and his family along with the family that lost the little boy.
Don't see much info on the UTV's, being one of the biggest classes, I would expect a little more coverage.