If the SCORE Baja 1000 is a marathon, the Baja 500 a mile, then the San Felipe 250 would be our 100 meter dash. This years course took racers over the well known short but brutal course in beautiful San Felipe. Get one flat tire and your chances for a winning the overall diminish with every minute the co-driver takes to change the tire. With such a short race making up any time is hard, and its usually the teams that spend the time prerunning beforehand that end up on top. 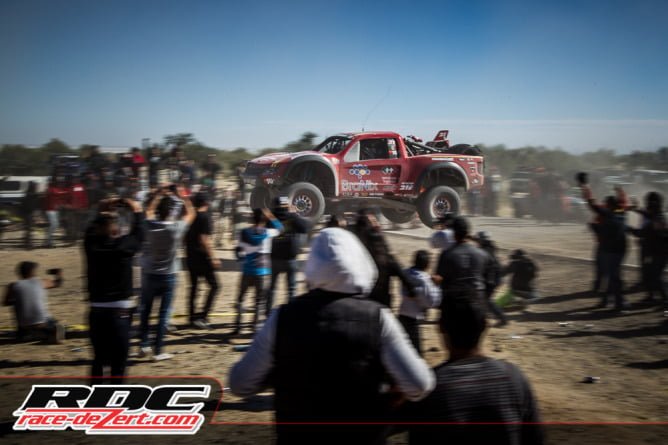 Drawing 15th off the line, Tavo Vildosola would normally have a tough time battling his way to the top position on a short race, but 30 mph winds helped move the dust out of the way giving him the opportunity to pick people off. Rob MacCachren who started second off the line was in the lead for the first part of the race but a mechanical issue would give him some down time making him give up the lead. 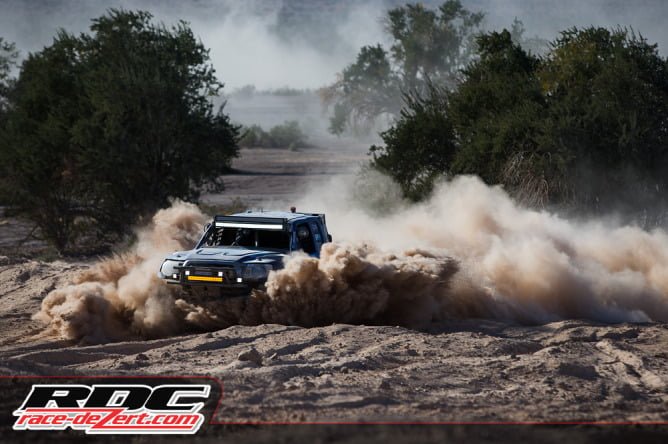 Whats becoming a nice friendly rivalry, Vildosola didn’t have an easy win by any means, BJ Baldwin was in close pursuit the whole race starting only two spots behind Tavo. In the end however Vildosola would take the overall win like the past two years with a time of 4 hours 3 minutes and 41 seconds and starts off the 2015 SCORE season with the points lead, and one step closer to earning a points championship. (Remember all results are unofficial until SCORE comes out with official results) 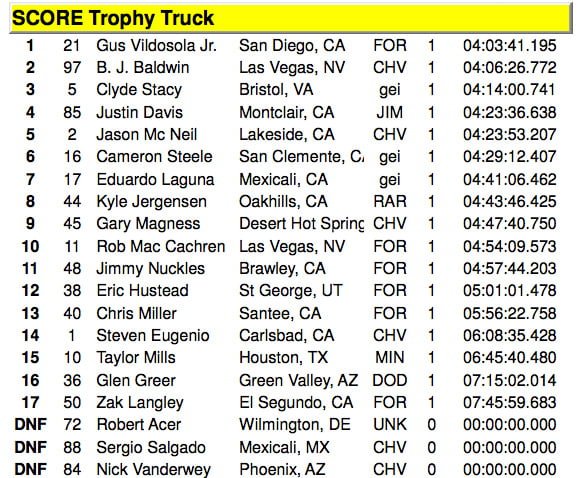 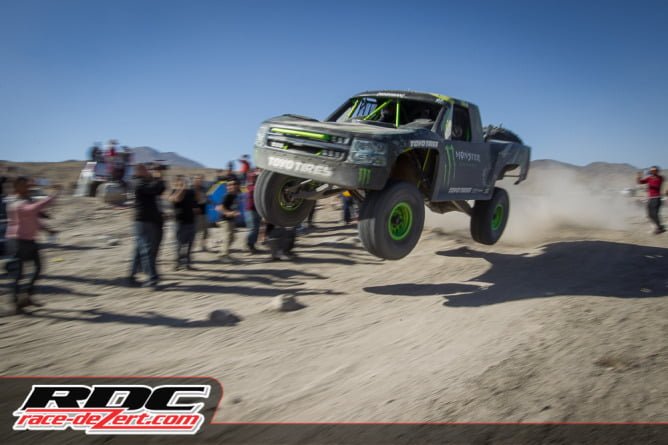 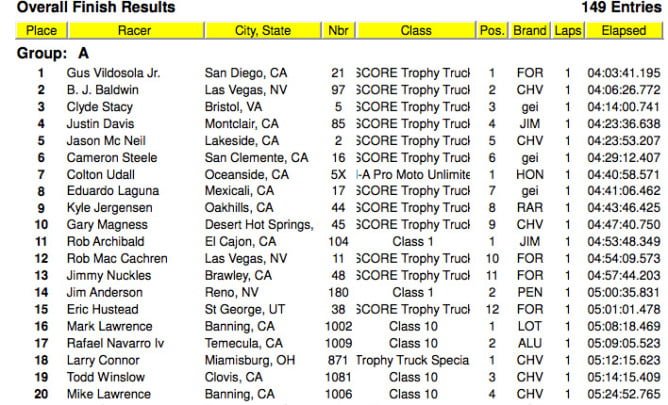