The Best In The Desert Racing Association 2021 season has concluded with the final event in the books. Kyle Jergensen in the Brenthel Industries’ #127 Gen 3 Trick Truck fought through 2-days of racing at the Cal City Desert Challenge and earned the overall win for the weekend, the division championship, and the 2021 Triple Crown award for Unlimited Cars/Trucks. 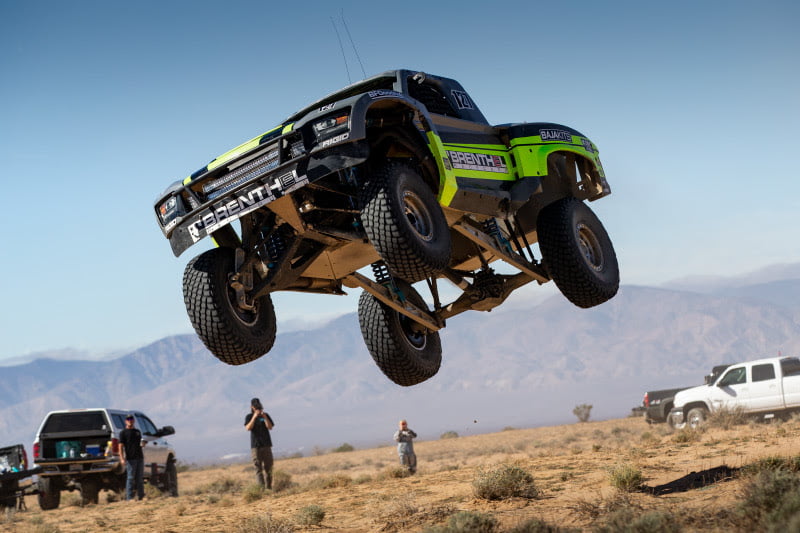 Last year, in 2020, Kyle Jergensen and Brenthel Industries won the 6100 (Trick Truck Spec) and Triple Crown bonus. To win this year’s Trick Truck championship and another Triple Crown confirms their elite status as a top-shelf driver and a highly competitive machine. Jergensen completed each race in the 2021 BITD series with podium finishes except for 4th place during the Vegas To Reno event.

This season-long effort had Jergensen tied at 400 points with the reigning Trick Truck champion Kevin Thompson of Concrete Motorsports. In preparation for the final event, Brenthel Industries and Kyle did everything possible to position themselves to win and secure the 2021 championship strategically. 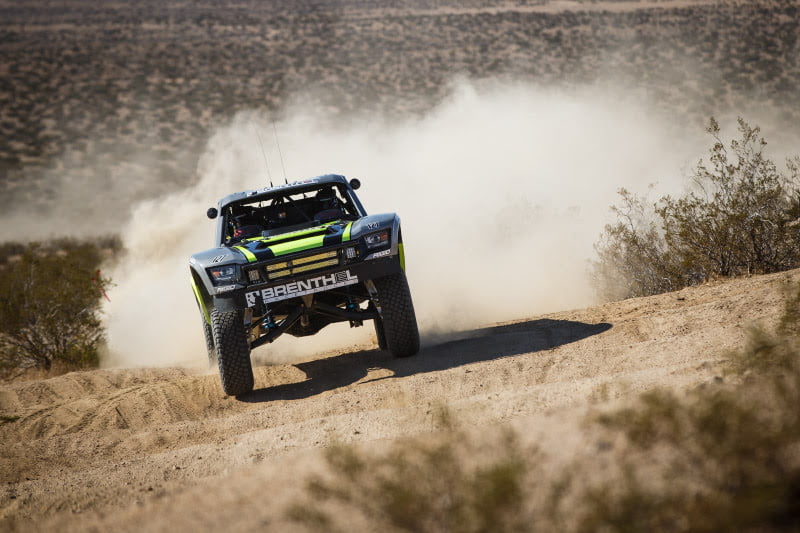 “Brenthel has been tremendous by allowing me to get a bunch of seat time and race more often this year,” Jergensen stated. “In this sport, seat time is critical. I have always been fast, but now I would say I have become more consistent and smooth. The truck is the best it has ever been. We have had many test days with Wayne at Alltech to dial in the suspension to my liking. It is perfect. Chris at Danzio Performance worked with us to get over 1,000 reliable horsepower. We have run on the same motor all year and just got it tuned for this race.”

Instead of a cancellation due to the Colorado River Indian Tribes pulling out, Best In The Desert resorted to moving the final race to the 80 acre Peralta Ranch in East Kern County. The format would stay the same. Two days of racing broken up into divisions. A 30-mile course offered a 2,500-foot elevation and consisted of typical Mojave Desert terrain, including a decomposed granite dirt compound that proved rough and exciting. Jergensen would start the Brenthel Industries’ #127 Trick Truck third off the line. He finished in 4th on day 1, but a 1st place finish on Day 2 gave him the overall win. 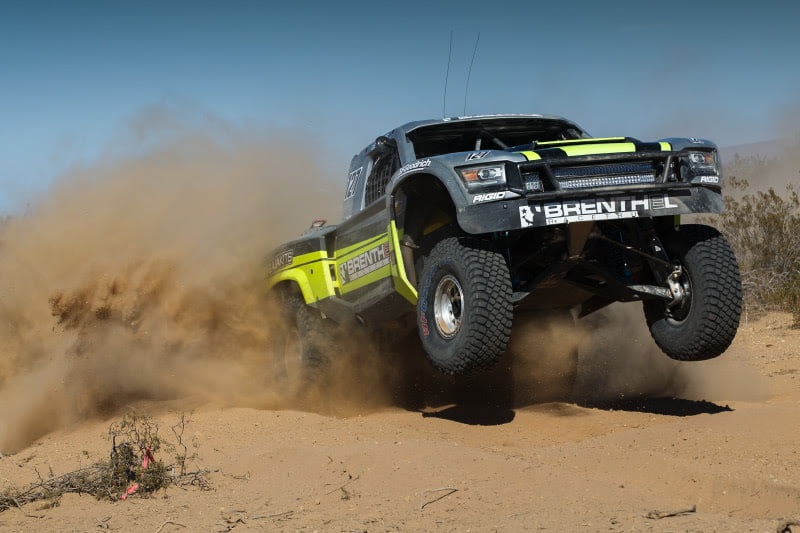 Kyle commented after the race, “The Cal City track at first was tight and technical. But after all the trucks ran around, it quickly became a truck course. The desert ripped open and got very rough and very deep. The truck performed flawlessly and I enjoyed the course. Day 1 was tough due to blinding dust. We ended up losing 8:30 minutes to Thompson. I thought the chance for a win was over, but Day 2 came around. We kept it clean, never gave up and saw the opportunity to take the lead. We were able to make up that time and cruised in for the win!”

Jergensen continued, “The Brenthel Team did great! The truck ran great. Shawn, my co-dog, is awesome. He has been with me for two years, and now we have earned two championships together. We both enjoy being on the team. Honestly, I could not ask for a better program to be a part of. Brenthel does everything. I show up to drive and test. It has been a lot of hard work to get to this point.”

Jonathan Brenthel (Brenthel Team Owner) shared his perspective on winning the championship; “This was a super exciting championship with a hard-fought battle to the end. As the year’s last race, we were tied in points with the Concrete Trick Truck team. These guys were on a roll and are great competitors. We HAD to win this race to earn the championship. It was a push until the end.” 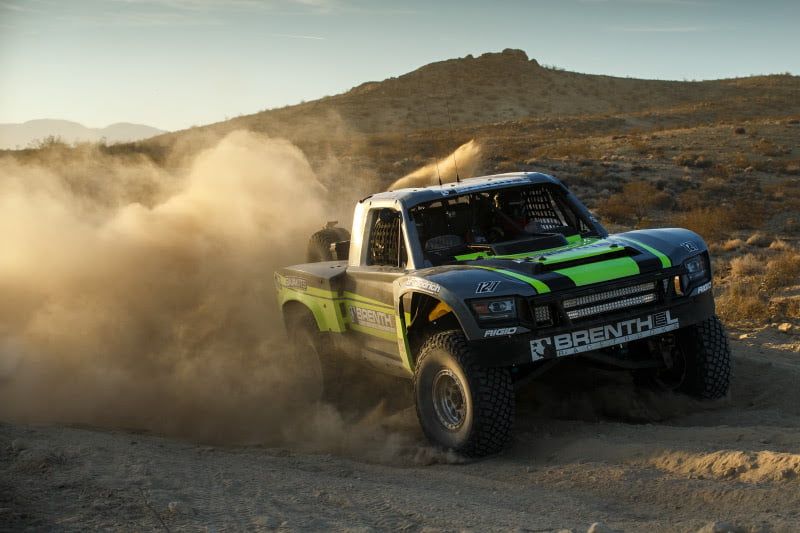 Brenthel concluded, “This is the same program we offer all of our clients. The Arrive & Drive Rental Program and, of course, a customer-owned Brenthel Industries race truck both have the available option to win races with us. Just leave it in our care and we handle absolutely everything.”