Team Honda Racing Off Road Battled Back From Adversity At Vegas To Reno – race-deZert.com 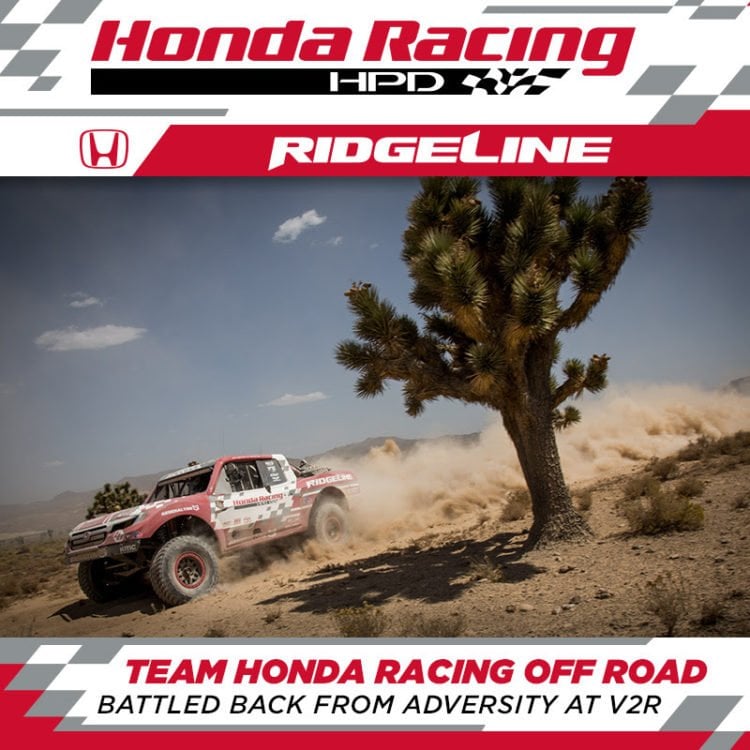 Team Honda Racing Off Road battled back from adversity to finish 2nd Place at the 2019 Best In the Desert; General Tire Vegas to Reno Off-Road race. The longest off-road race in the United States Vegas to Reno is known for; scorching summer heat, a constant subtle climb in altitude, deep sand washes and relentless amounts of silt. These conditions make for a challenging race and an even bigger feat to get to the finish. 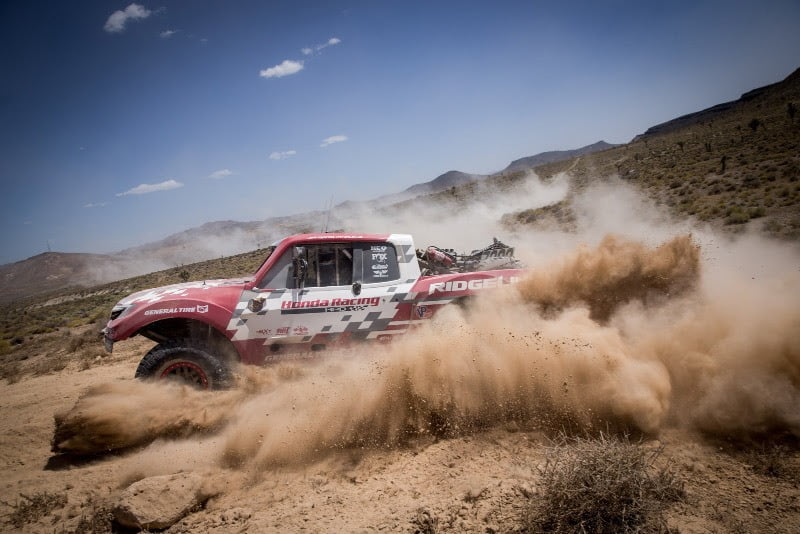 Driver Jeff Proctor and Navigator Evan Weller started first in class off the starting line with the completion starting in 30-second intervals behind them. The duo quickly encountered blinding dust and began working through slower traffic from classes in front of them. “We were trying to be patient and methodically work through the traffic, but the dust was so bad without wind that we were held up significantly within the first 100 miles. It was frustrating,” said Proctor. 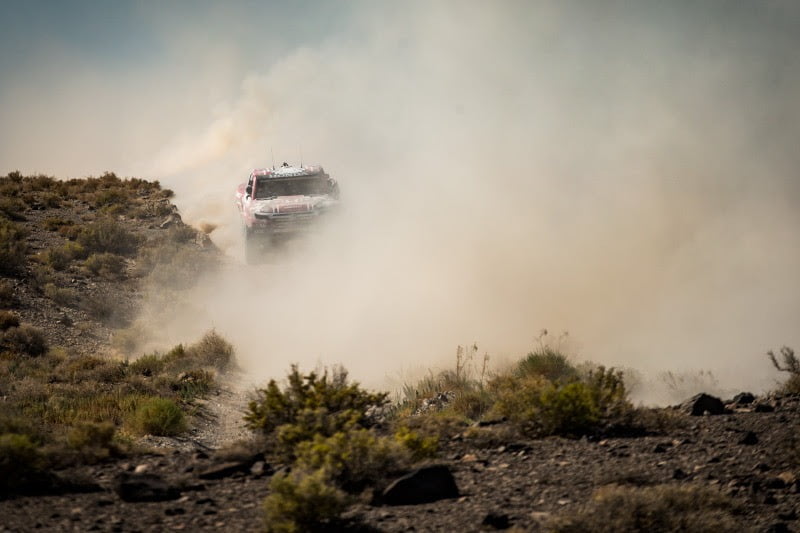 While trying a risky pass heading to Pit 3, the duo of Proctor and Weller earned a tire puncture and elected to limp it into the pit for a quick tire change. The team made quick work of the change, and the Ridgeline headed back out on course to battle.

Heading into their first fuel stop the team put on fresh General Tires on the rear and 70 Gallons of VP Racing Fuel. At this point, Team Honda had a 6 minute lead on the 2nd place truck and continued to widen the gap. 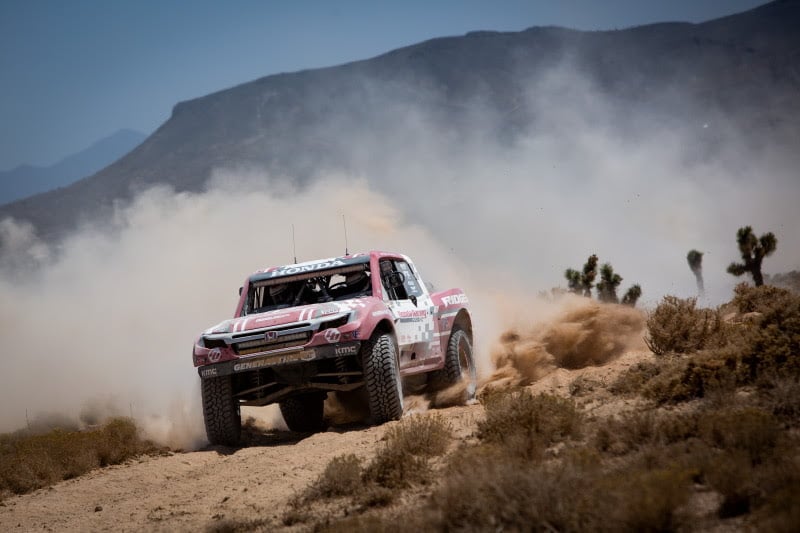 About 120 miles out from the fuel stop, the race truck was forced to the side of the course with a fuel issue. Costing the team track position with about an hour and forty-five minutes of downtime. After resolving the fuel issue, Proctor and Weller arrived at race mile 312 for another fuel stop, tire change and driver change.

Pat Dailey and Michael Loomis took over driving duties and began the charge forward. Dailey and Loomis tried to make up as much time as they possibly could while charging hard for the finish. Dailey and Loomis were able to hunt down 2nd Place for an overtake of track position and successfully arrived in Dayton, Nevada to the awaiting Honda crew. 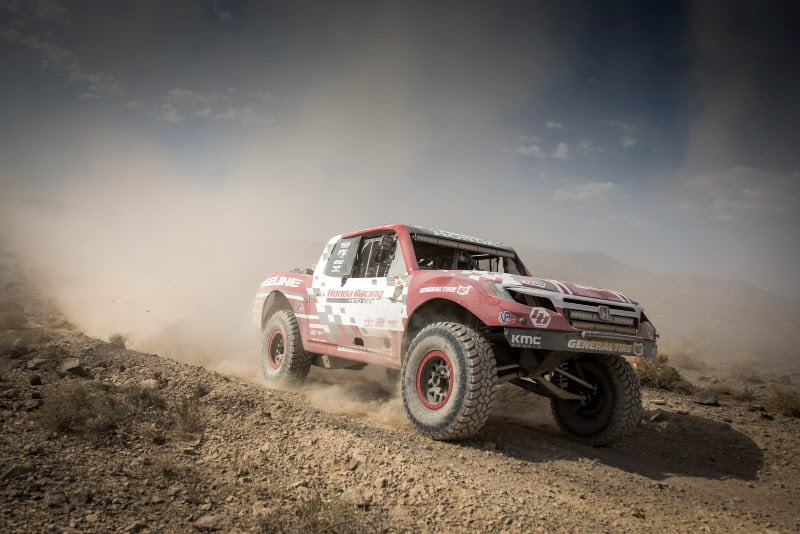 Team Honda arrived at the finish line unofficially in 2nd Place. “Today wasn’t our day. We had a great truck, but unfortunately, this is racing. This team never gives up, we will be back to charge hard for a win at the legendary 52nd SCORE Baja 1000 November 19th-24th.” Said Team Principal and Driver Jeff Proctor.