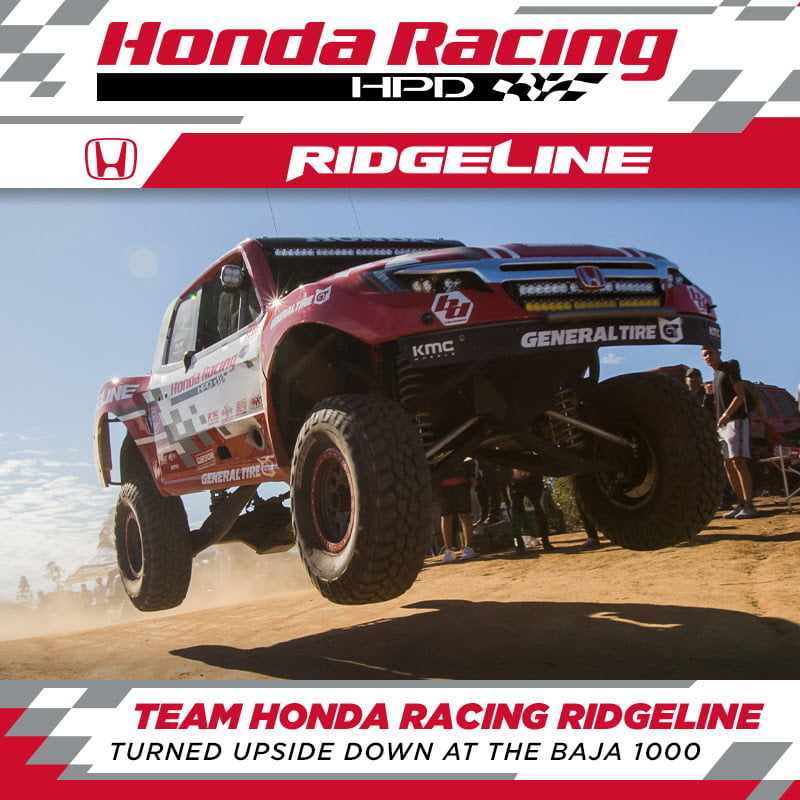 Known as the most Prestigious and longest point to point Off-Road race in the world, the Baja 1000 is never short on excitement, drama, changes and challenges. This year the Baja peninsula received a record 4 inches of rainfall within two days leading up to the historic start. The race organizer ultimately decided to push the race start back 24hrs to allow for the rain-soaked tundra to dry out and assess the condition of the course.

They say that the only thing that is certain about being prepared to race the Baja 1000 is to be ready for the unexpected. There is always a considerable amount of logistics and work to be able to conquer this prestigious event. Team Honda Off-Road was locked and loaded to make it to the finish in their Honda Powered Ridgeline race truck. Indy 500 Winner Alexander Rossi with Navigator Evan Weller was set to take the green flag. After starting P3 in class, the duo made quick work by passing into the lead by Race Mile 48. Once they cleared the crucial Uruapan section, Alex began to put time on the competition heading out to the Pacific coast. At about Race Mile 95, a slight miscalculation led to a rollover down an embankment. Fortunately, Rossi and Evan were not injured and worked with local spectators to roll the truck back onto all four tires and continue the race. Continuing on in the race is a testament to the strength of the new TSCO race chassis. 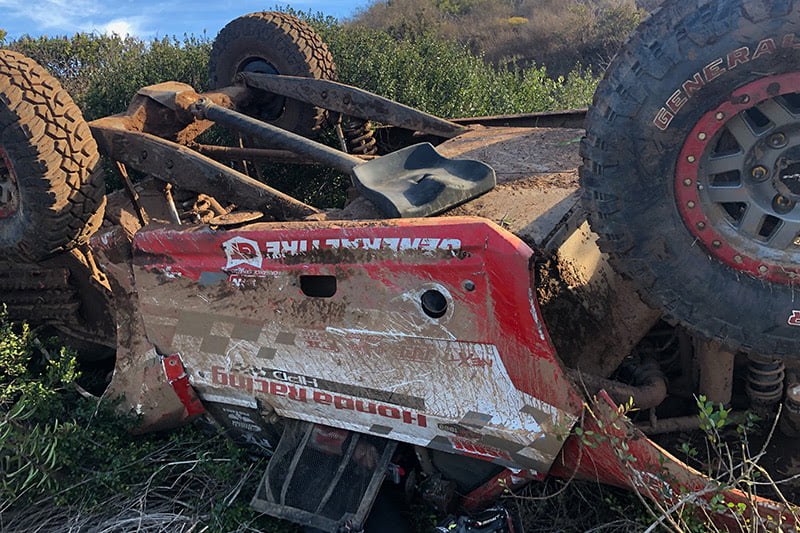 Team Honda was down, but not out and forged on after making some minor but necessary repairs. Rossi and Weller delivered the Ridgeline to Team Principal and Driver Jeff Proctor with Navigator Colby Wemple at Race Mile 197.

“The crew was phenomenal in getting this truck back together and allowing us to continue racing. This is the never give up spirit that is so strong on this team” said Evan Weller. Proctor and Wemple took off in the dark of night and began to click off miles with a plan to reel back in the competition. However, after about 50 miles, the decision was made for safety reasons to call the race. “The decision to call the race is one of the toughest racing decisions I have had to make. So much energy and time go into this race, it’s heartbreaking for everyone involved. But ultimately, the safety of our drivers, navigators, and crew is our highest priority.” Said Jeff Proctor.

The team will have to endure another 351 days of the pain from coming up short in this pinnacle Off-Road Race that we call the “Baja 1000.”

Miguel Blanco
What was the safety concern?