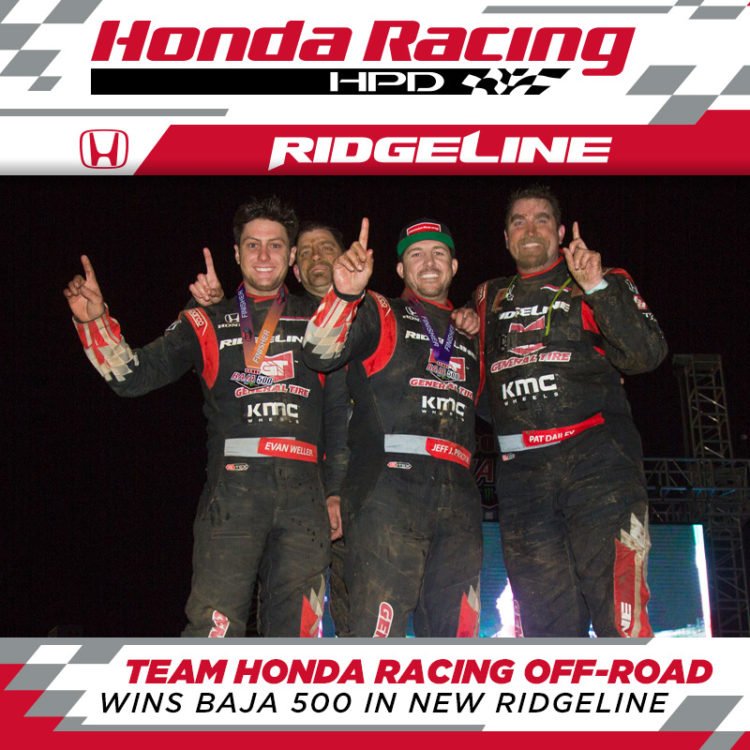 Team Honda Racing Off-Road threw its newly completed Honda Ridgeline race truck into the crucible that is the Baja Peninsula, and came out on top. With limited test time, the team set out to conquer all 500 miles of brutal Baja terrain included in the 51st running of the SCORE Baja 500. After over 15 hours of racing, they were standing on the top of the podium. 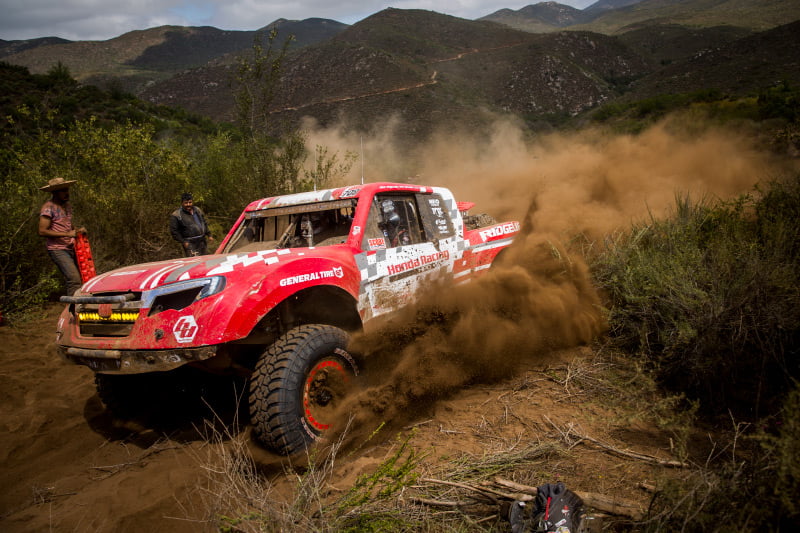 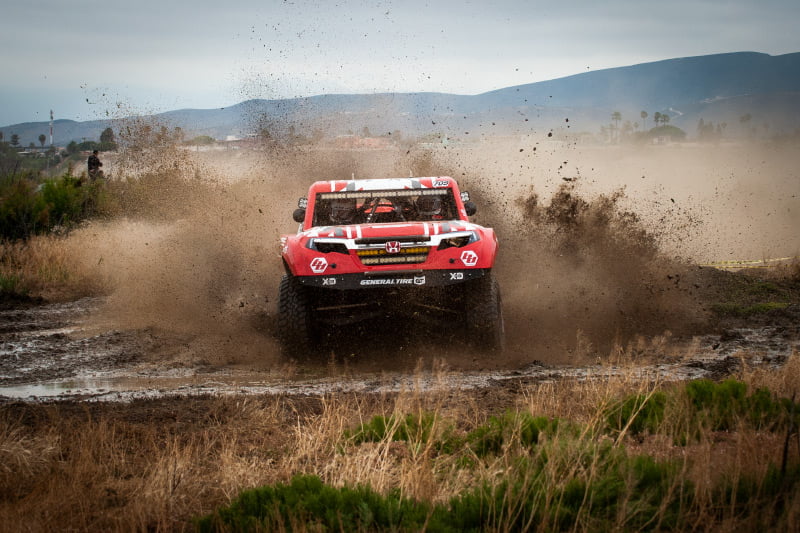 The course got nasty from mile 2 where impossible silt beds trapped trucks, burned up transmissions, and caused mayhem to the field. Those who survived the initial punishment at mile 2 got another dose at mile 15. A huge bottleneck was created there with stuck, and broken competitors everywhere. 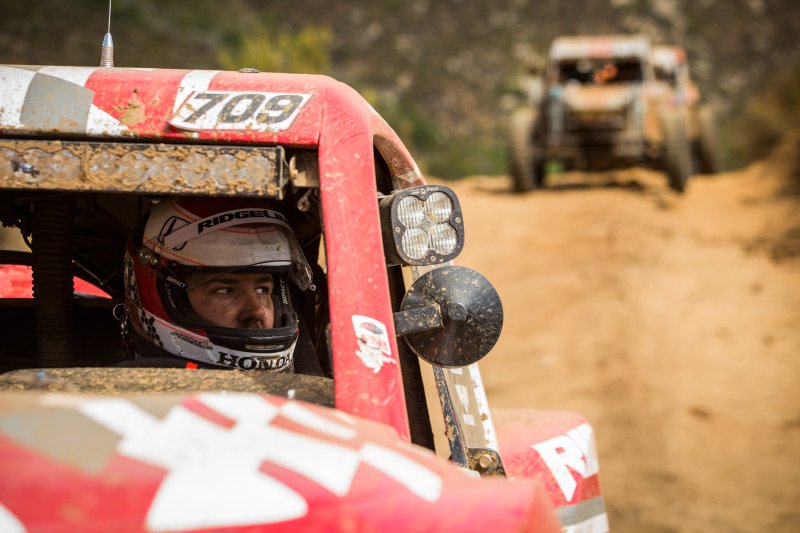 Some were already out before they even got started. Fortunately for Team Honda Racing, their phenomenal new truck, experience, and driving skills, got them through the melee, and right into the hard work of surviving Baja. They experienced a problem with one of the axle drive plates, and the rear hub assembly departed, but fortunately co-driver Evan Weller was able to retrieve it, and make it work. The crew kept an eye on it, and the rest of the race went right to plan. After hours of tough racing, they took the lead with 20 miles to go. By that point, the Ridgeline was flying as they streaked towards the finish line. The course made a huge loop so everyone had to make their way through the same sections that caused so much trouble at the start. Many had their dreams crushed with success in their sights, but Team Honda Racing Ridgeline was not to be denied. 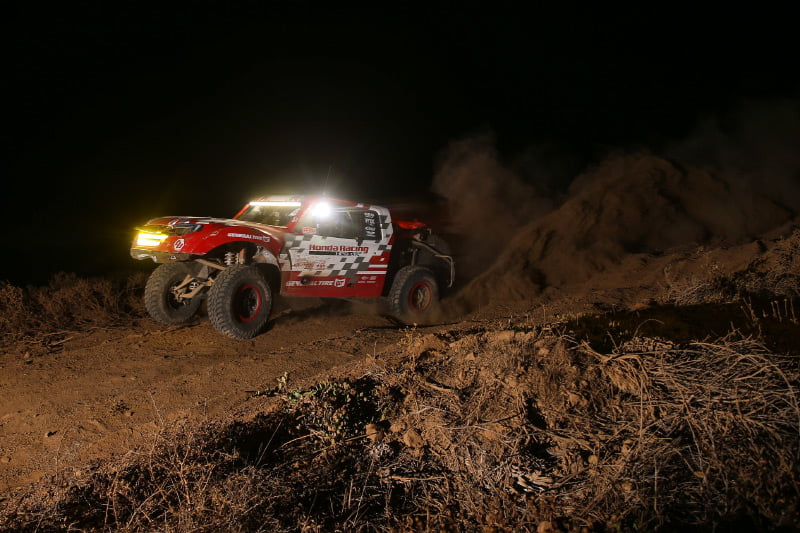 “I would say this is probably one of the most challenging, technical, and rough courses that we have raced in the last five years,” said Team Principal Jeff Proctor. “It was just brutal out there from the first miles of the race. I’m in a bit of disbelief right now. To take a brand new race truck to one of the harshest off-road environments in the world, and win is a testament to the fortitude of our entire Honda Racing Team. We just finished this truck on Friday at 5 a.m. and we won. I can’t thank our team enough.” 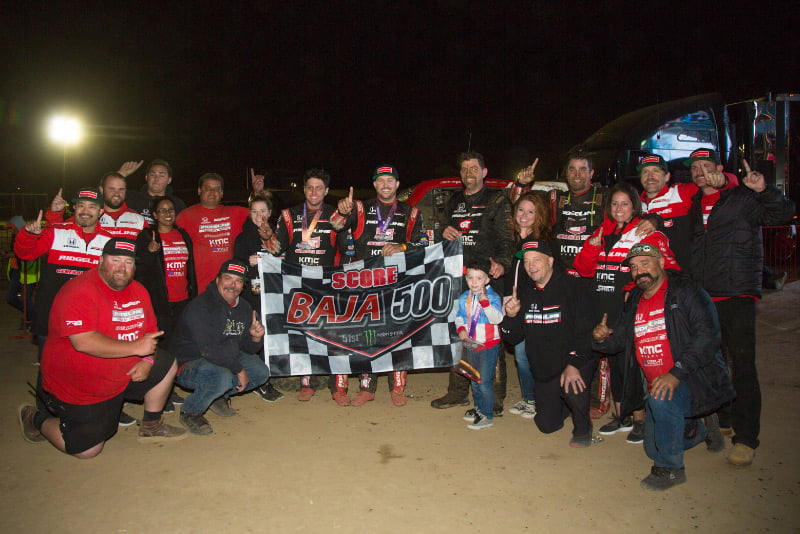