Changing things up, Best In The Desert held time trials yesterday later in the day with the 7200 trucks and Class 1000 cars finishing up right at sunset, and Trick Truck and Class 6100 in the black of night. 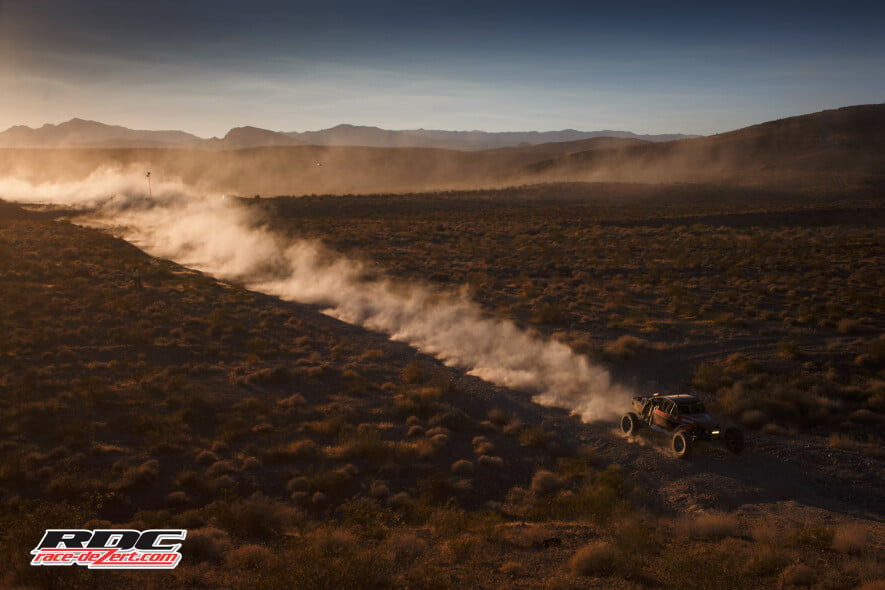 The change mixed things up and presented some challenges to the racers they haven’t had to deal with before, qualifying at night in the dust. Cameron Steele left the line first after drawing the start position earlier in the month and proved to be the luck of the draw with Steele finishing first on time at 6 Minutes, 54 Seconds. 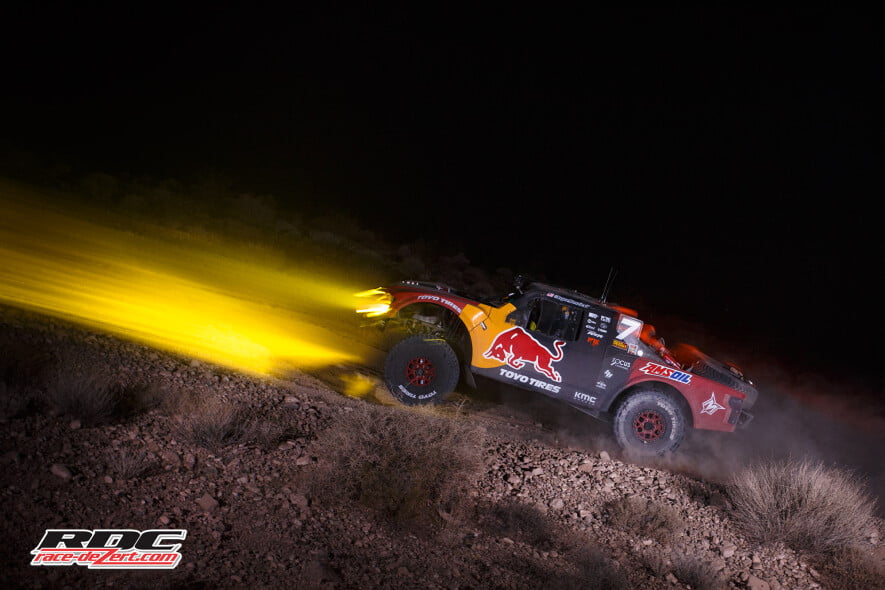 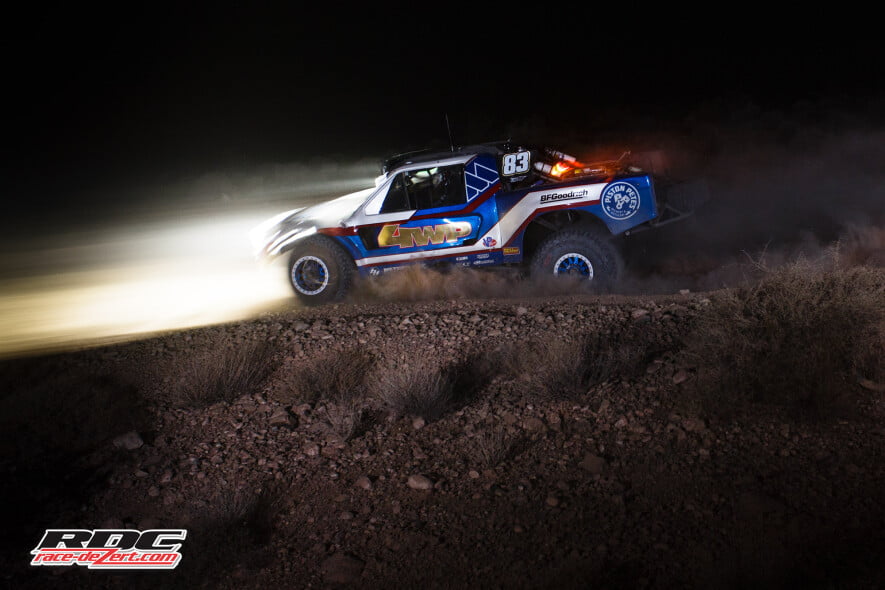 A few racers such as Gordon and Rob MacCachren were given second runs since they caught the person in front of them slowing them down. You could see that dust was an issue by looking at the overall times, racers who normally end up in the front pack were way down such as Andy McMillin finishing 22nd, Justin Lofton finishing 17th and Cody Parkhouse finishing 19th.

Seeing that the clean air Steele had was an advantage, for the 6100 class BITD had Ray Griffith go out and do a quick lap and then sent out the first official 6100 truck so that they had dust on the course like the rest of the field had. Brock Heger driving for Ryan Hancock finished first for class and an interesting note is that he was only .3 seconds off the pace of Cameron Steele. Ray Griffith finished second in 6100 and would of grabbed the third spot overall. 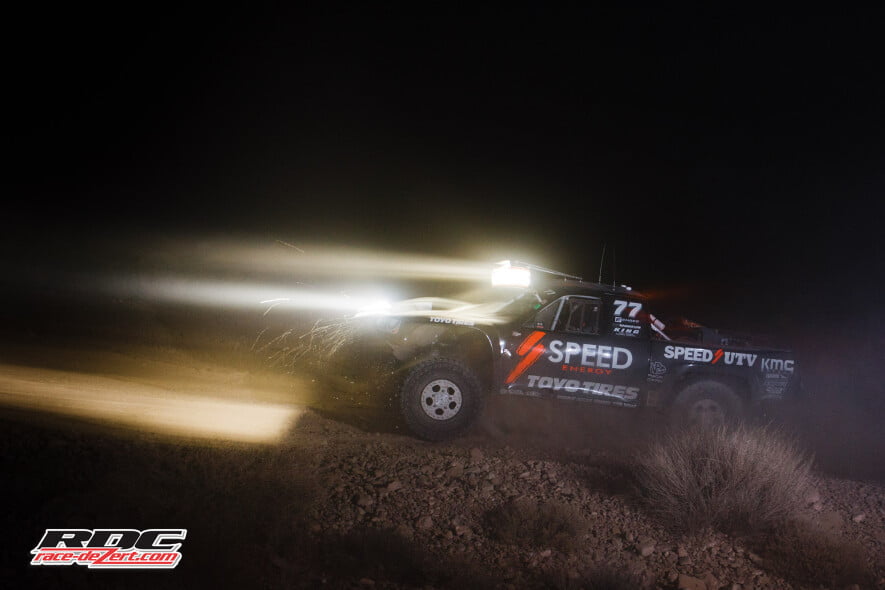 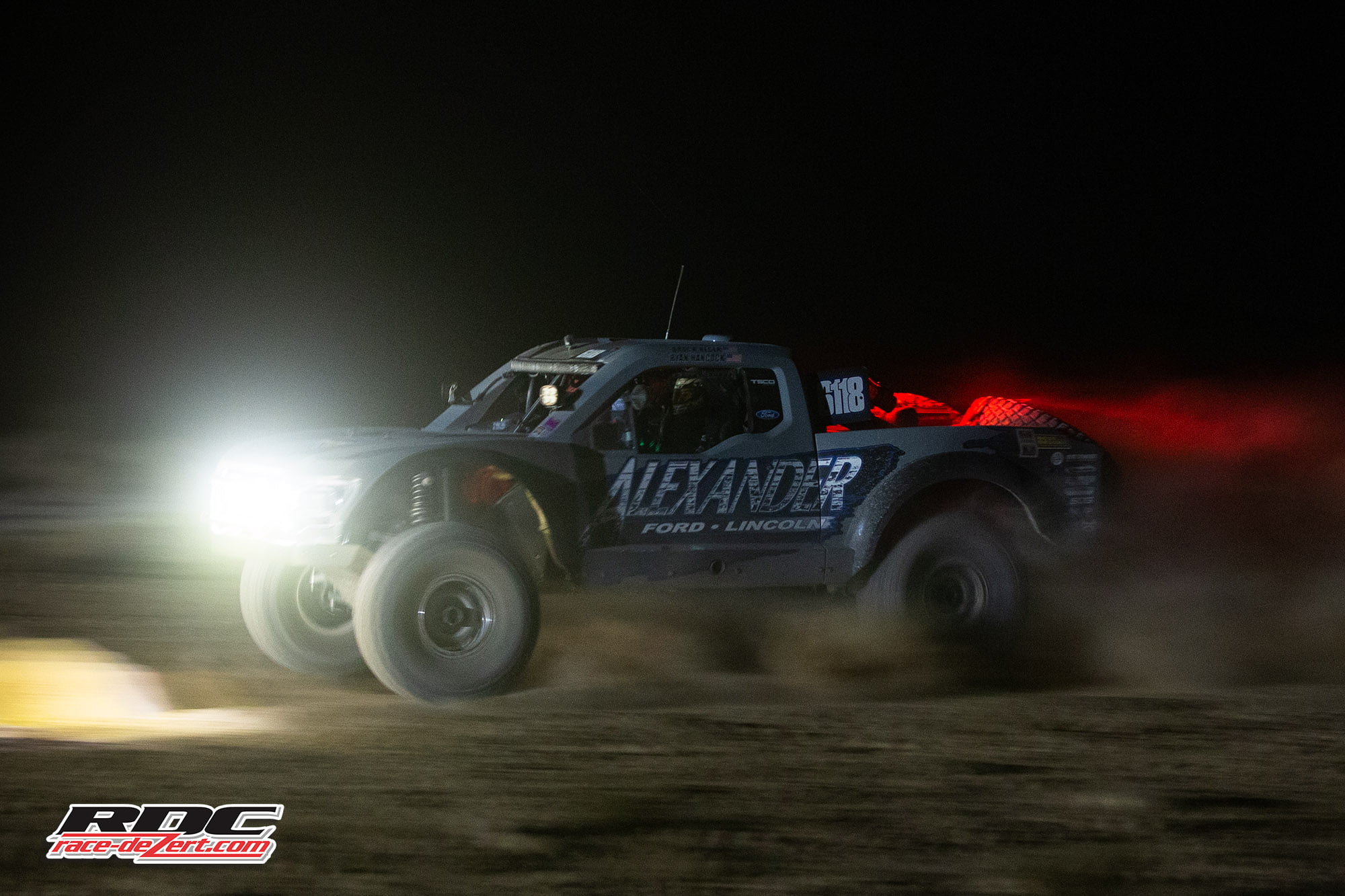 Looking at the results why did so many 6100 trucks finish ahead of Trick Trucks and Class 1500? Wind and dust. It seemed like when the TT’s started the wind decided to take a nap as the sun went down, but picked back up for the 6100 teams. 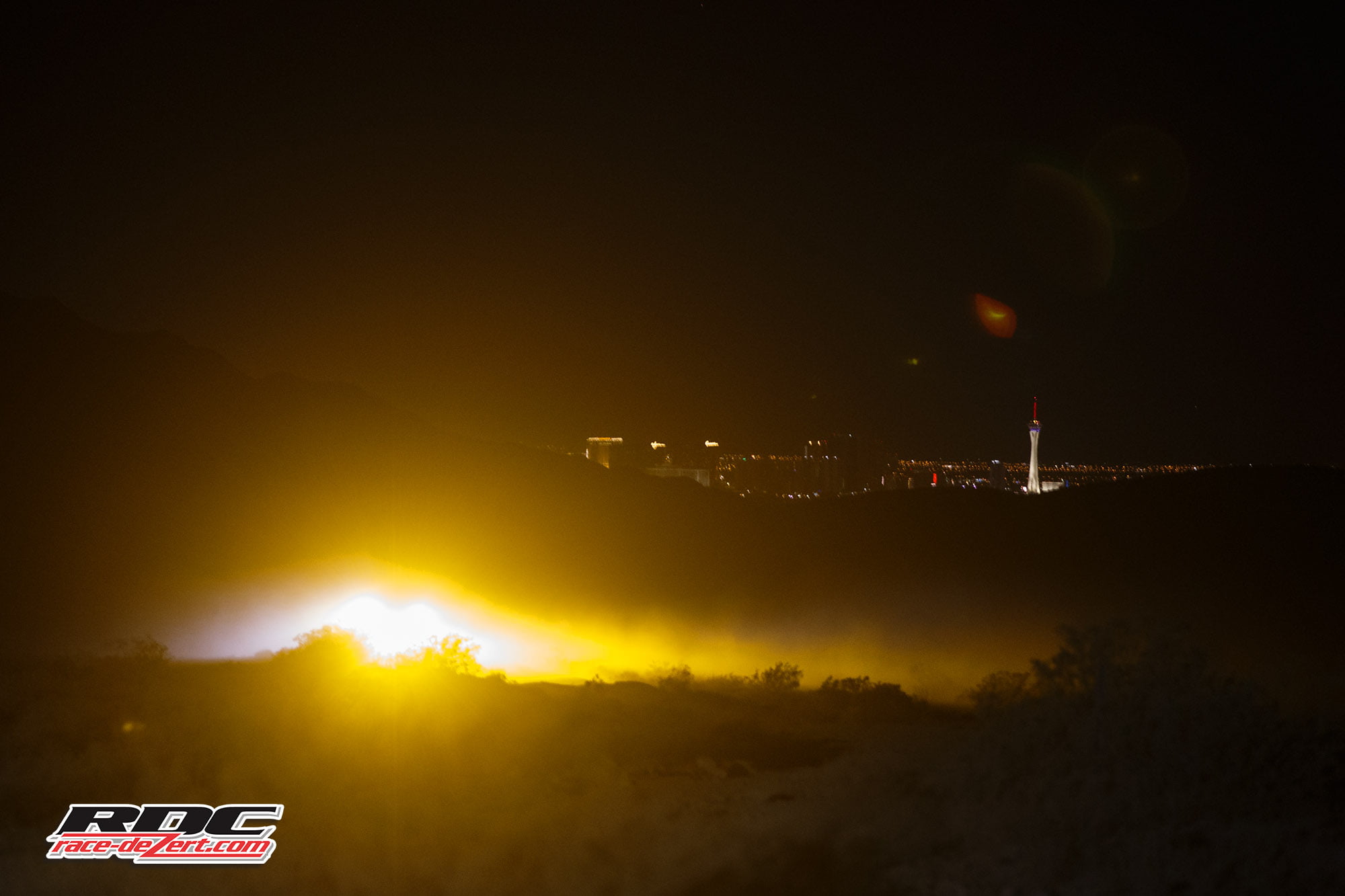 For this race BITD also qualified the 7200 and 1000 cars to settle the long debate on which is faster. Jeff Proctor settled the debate this time finishing first in his Honda Ridgeline with a time of 7 Minutes and 11 Seconds with Brent Fox finishing second in his 1000 car 6 minutes later. 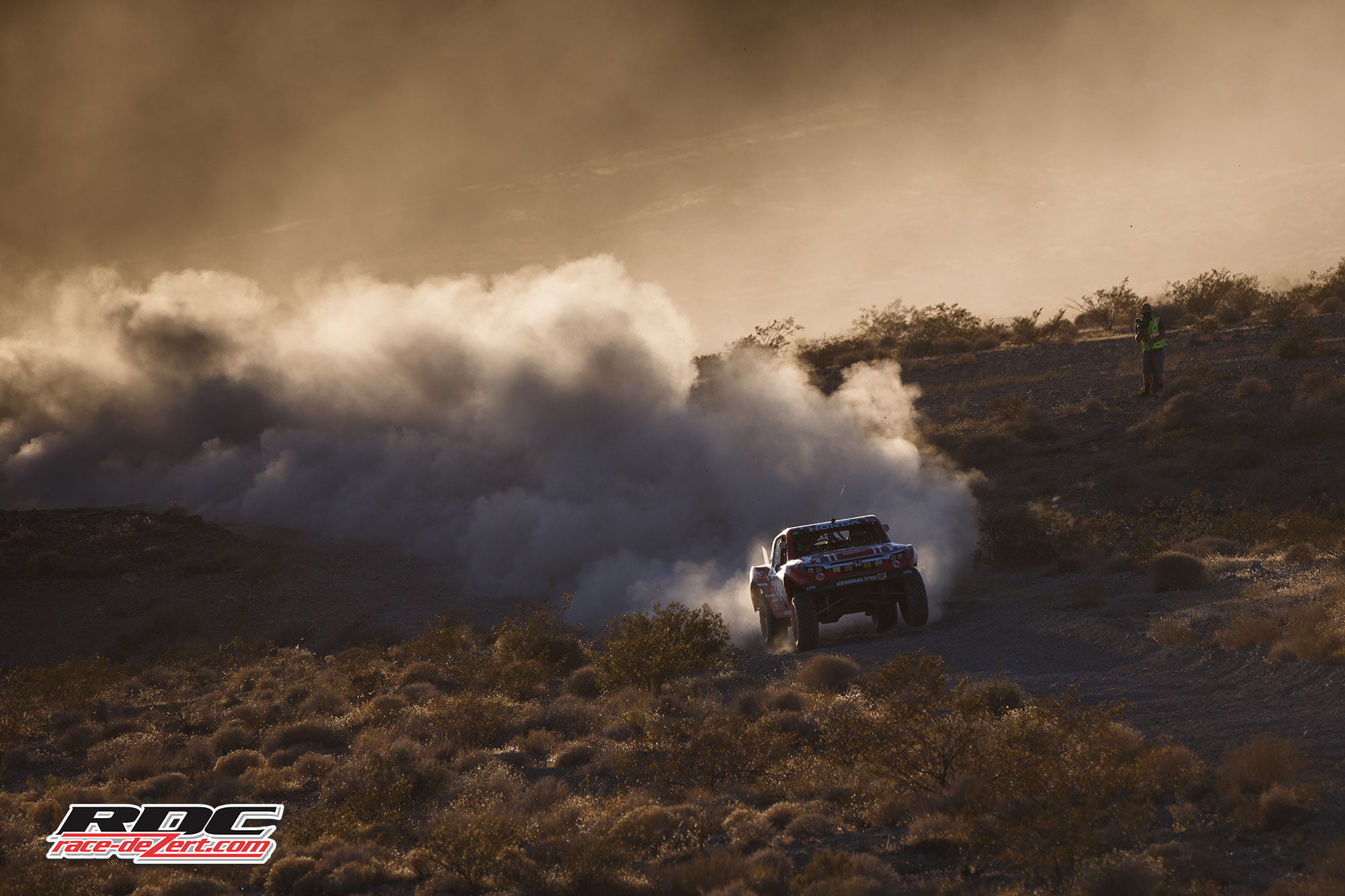 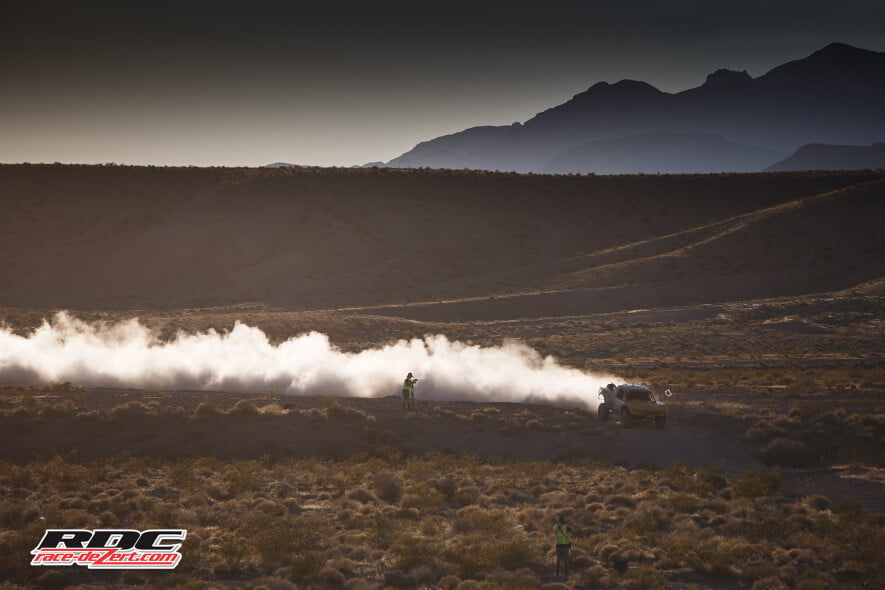 Click here for a PDF version of the time trials results and map files. 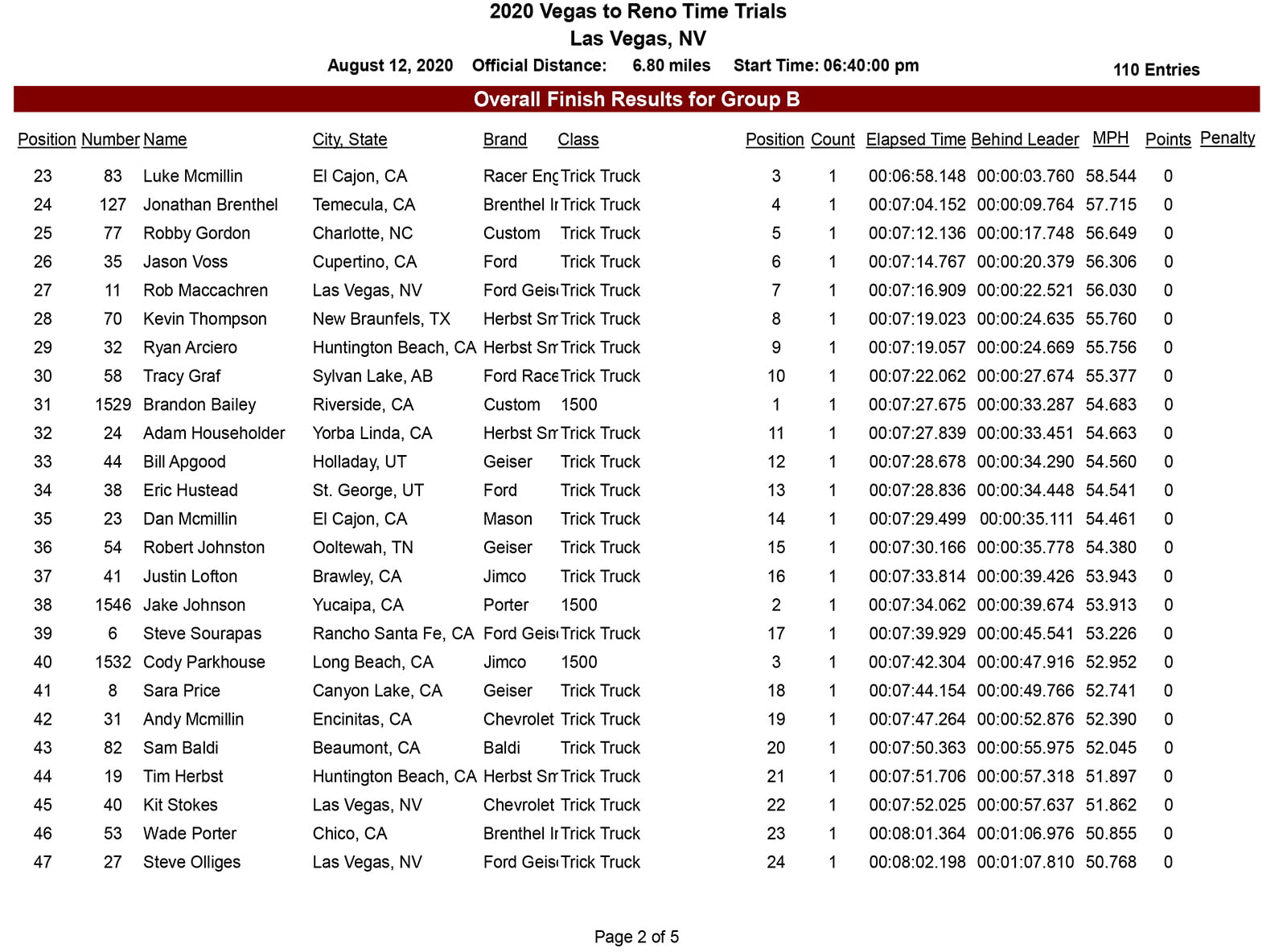 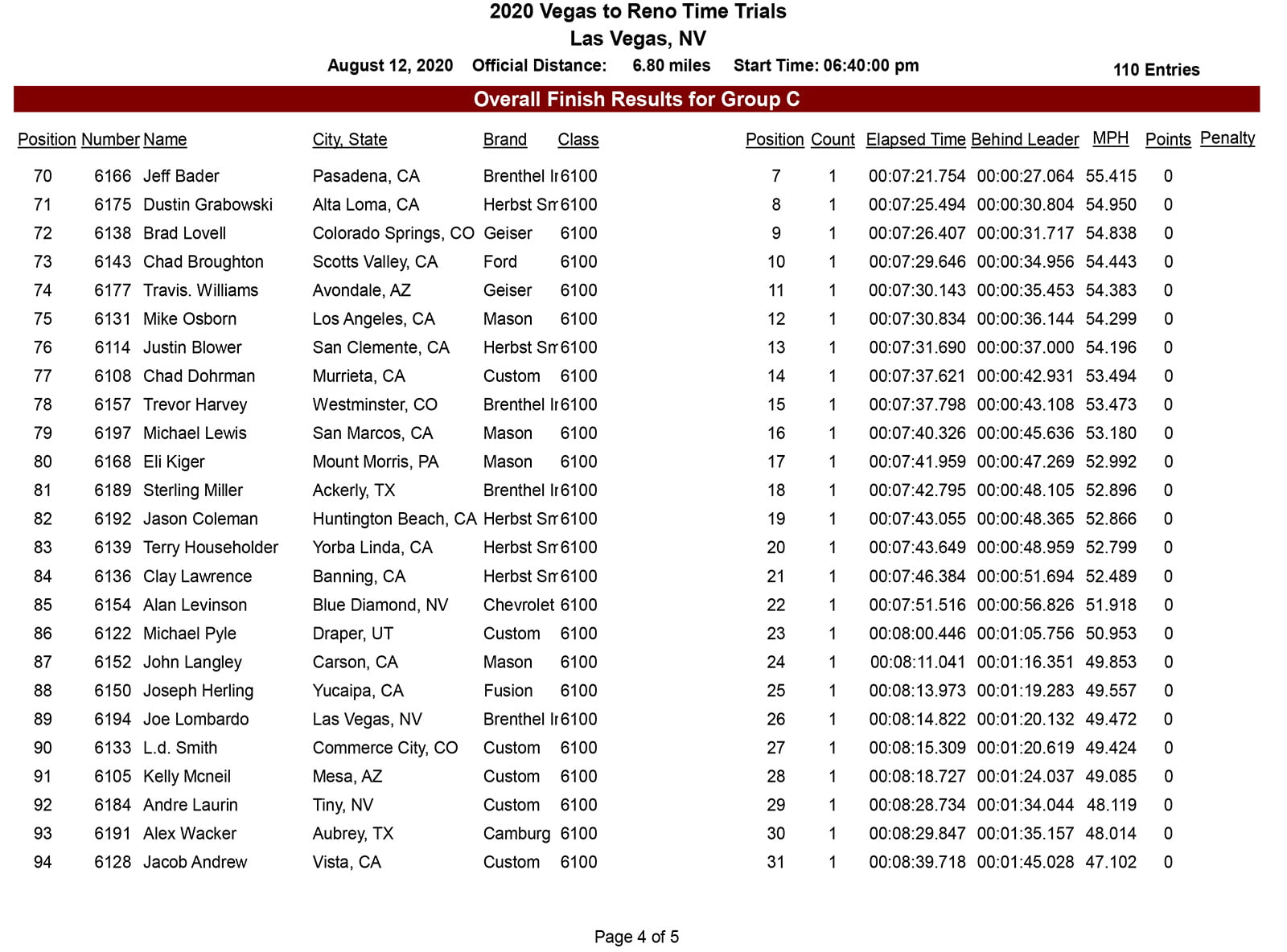 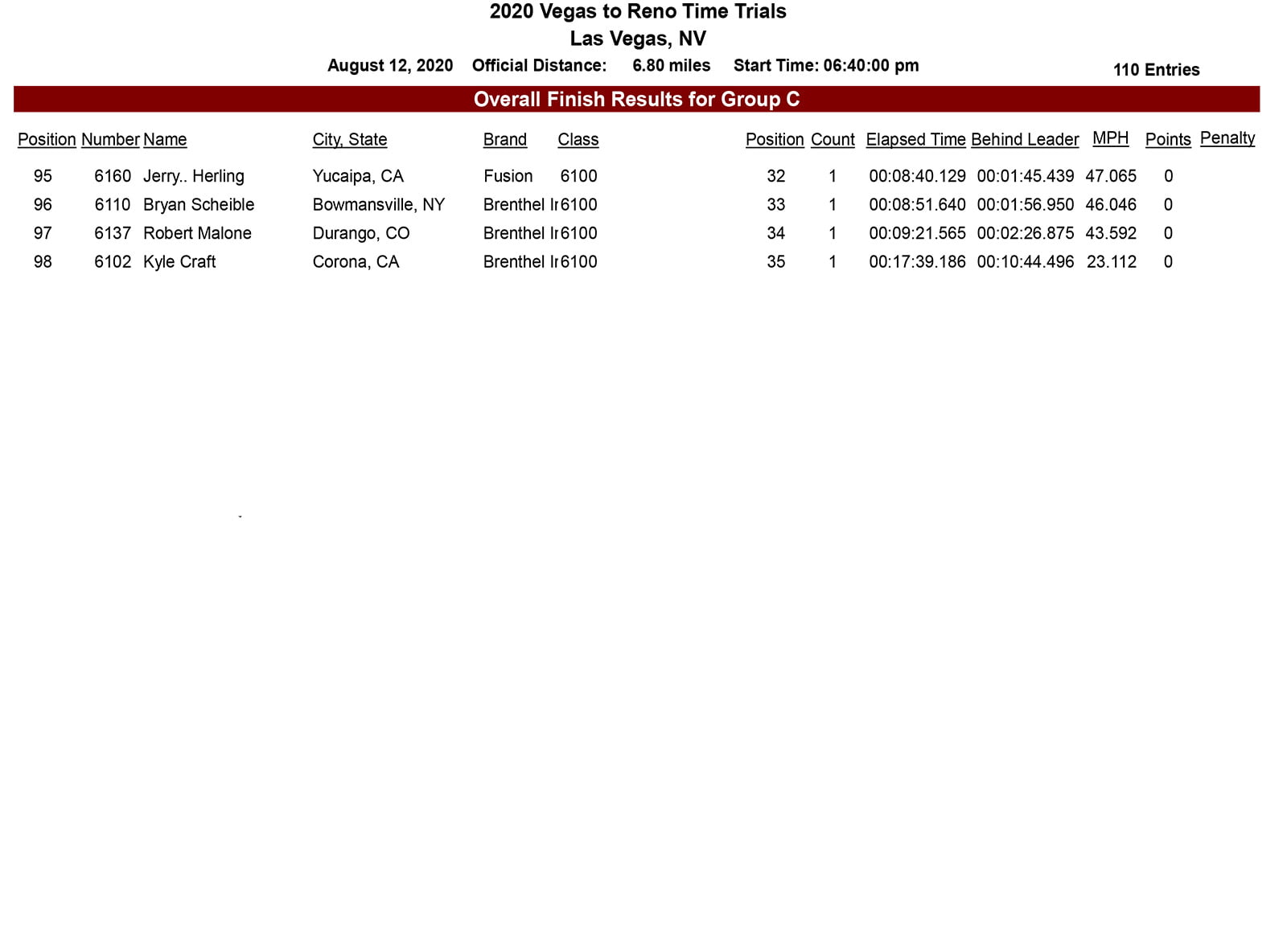