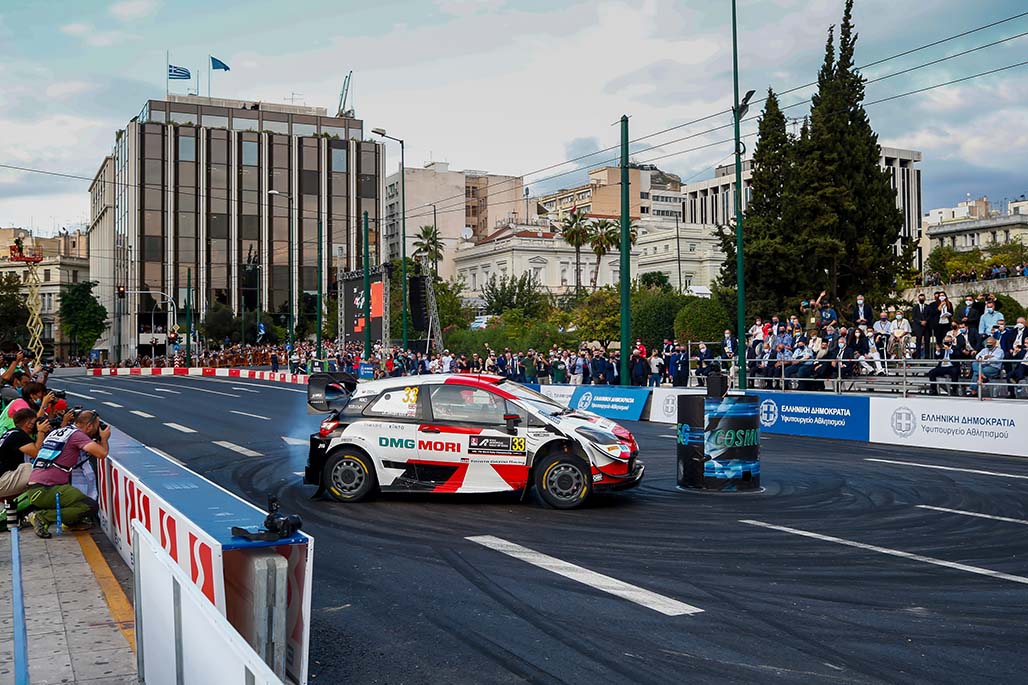 The TOYOTA GAZOO Racing World Rally Team made a perfect start as the FIA World Rally Championship officially returned to Greece and the famed Acropolis Rally with an opening ceremony and short first stage in the centre of Athens on Thursday evening. Sébastien Ogier set the fastest time, with team-mates Elfyn Evans second and Kalle Rovanperä third.

Thursday began with a shakedown stage close to the service park in Lamia. This took place in wet and muddy conditions after rain had also impacted the pre-event recce, changing the complexion of the usually dry and dusty gravel roads. Rovanperä set the fastest time on shakedown, with Evans fifth and Ogier sixth.

After the ceremonial start underneath the famous Acropolis in Athens, the opening stage of the rally took place around Syntagma Square. Ogier was fastest by 0.6 seconds over Evans, with Rovanperä just 0.2s back – with only one second covering the top six.

The entry of TGR WRC Challenge Program driver Takamoto Katsuta was withdrawn ahead of the start after co-driver Keaton Williams had to return home because of a family emergency.

Quotes:
Jari-Matti Latvala (Team Principal)
“The Acropolis is a classic rally and we’re really happy to be here and starting the event this evening in Athens, which is such a historic place to start from. The first stage is a good start for us but there is a challenging rally ahead. The weather conditions we have had so far this week are something I never seen here before for the rally, with two days of constant rain that made the stages really muddy. Tomorrow looks like it will be quite fine because it hasn’t been raining in the area around Loutraki where those stages are. But it was good that the guys were able to drive in muddy conditions in shakedown today, because obviously in our recent test it was hot and dry, and if needed we can change the setup during the rally to adapt to those conditions.”

Sébastien Ogier (Driver car 1)
“It is great to be back in Greece. We have already seen a lot of fans cheering for us and it definitely gave us a boost for this first stage. I think it is going to be a challenging weekend. The recce was not easy with a lot of rain and fog, so it was difficult to make perfect pacenotes. Shakedown was certainly much more muddy than usual in Greece, and it might be that some sections remain like this for the rally. Unfortunately for me, it wasn’t raining on tomorrow’s stages, so opening the road will still be a tough task sweeping the loose rocks. Like always, we will aim to minimise the time loss on Friday and then see what is reachable, but I don’t think it will be a straightforward weekend with the conditions, so let’s see what we can do.”

Elfyn Evans (Driver car 33)
“It was good to get the rally started in Athens this evening, and it’s always nice to get off to a good start even if it was a very short stage. This morning we had more rain and quite a muddy shakedown, where it was difficult to really judge the grip. It’s hard to know whether it will be representative of what we’ll face in the weekend. Tomorrow we’re probably going to see the driest stages, whereas the Saturday and Sunday stages were quite wet and muddy on the recce, but it’s also a question of how much they might evolve and dry before we get there. Tyre choice will be quite key and hopefully we’ve made the right call for the morning.”

Kalle Rovanperä (Driver car 69)
“It’s good to be here starting my first Acropolis Rally, and it was really nice to drive this first stage in front of all the fans and show what we can do with these cars. I think it was useful to do the shakedown in the tricky conditions this morning, because we saw in the recce that there is a lot of water and mud in the stages. It could still dry quite a lot, so we’ll have to see what the conditions will be during the weekend. I had a few good clean runs and I was enjoying the car. It could be an interesting rally for sure.”

What’s next?
The crews stay in Athens overnight before venturing west for a pair of stages close to Loutraki, one of which (Aghii Theodori) will be repeated following a lunchtime tyre-fitting zone. Another pair of stages – Thiva and Elatia – are then tackled on the route north back to Lamia. 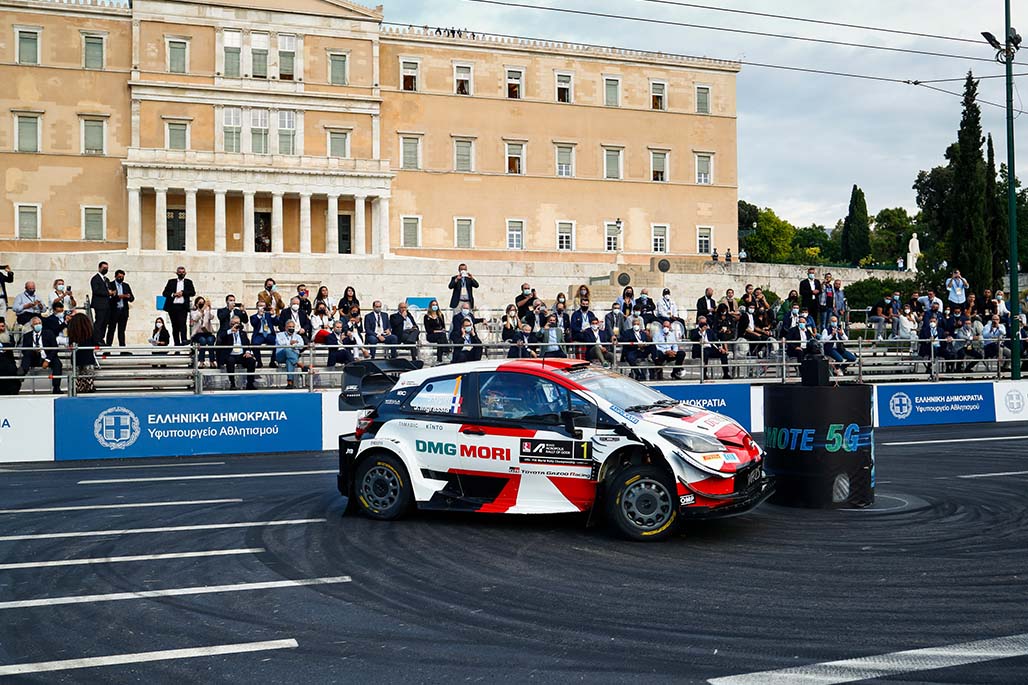