Sébastien Ogier and Elfyn Evans moved to the front on the longest day of the Croatia Rally, with the two TOYOTA GAZOO Racing World Rally Team drivers leading a close fight for the win going into Sunday’s finale. With four stages remaining, Ogier is 6.9 seconds ahead of Evans, with a further 3.5s back to their third-placed rival. 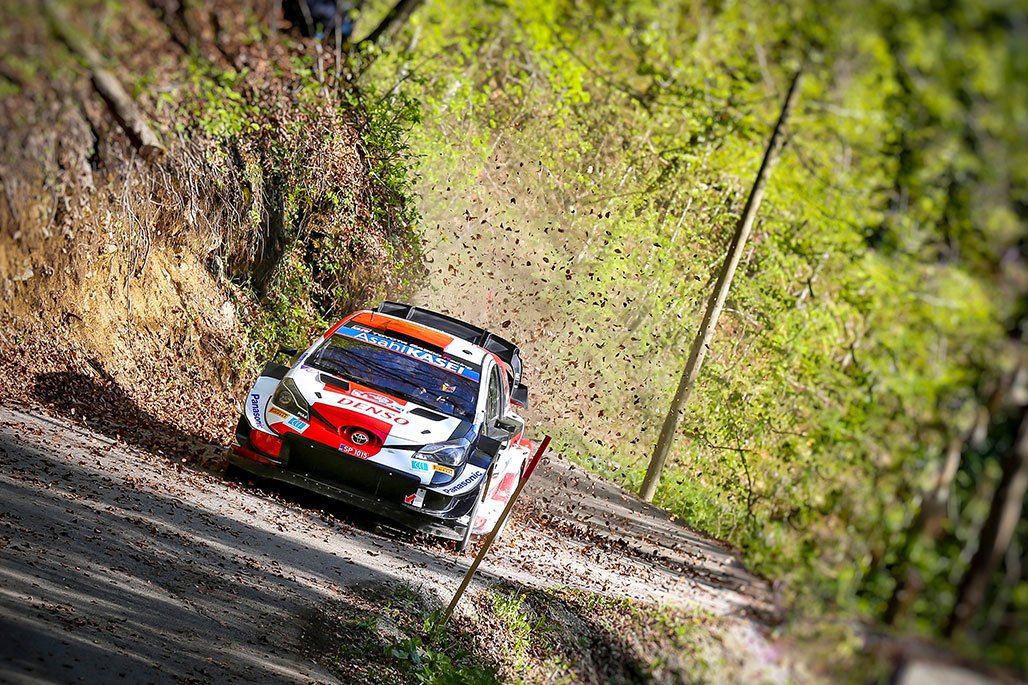 After closing on the leader as Friday’s opening day came to an end, Ogier and Evans immediately surged into the top two positions on the first of Saturday’s eight stages. The team’s selection of five hard tyres for both cars for the morning loop proved to be the right one as the Toyota Yaris WRC went quickest on all four stages. With wins on SS9 and SS12, Ogier returned to service in Zagreb with a seven-second margin over Evans – the SS11 winner – with a larger gap back to third place.

Ogier finished the afternoon’s first stage with deflated tyre but fought back with the joint fastest time in SS15 and also won SS16, narrowly extending his gap over Evans.

TGR WRC Challenge Program driver Takamoto Katsuta also impressively contributed to the stage wins for the Yaris WRC, going fastest on both runs over the second stage of the loop, Stojdraga – Gornja Vas.

Quotes:
Jari-Matti Latvala (Team Principal)
“We can be very happy with how today went. Seb and Elfyn both did a really good job today, moving into a one-two lead immediately this morning. On top of that, Takamoto did some brilliant stage times as well today and it’s fantastic to see that step forward from him. Thanks as well to the team and to our route-note crews because we had all the information we needed to make the best tyre choices. The cars have been working well and the drivers generally seem happy with the setups, so I think they can just focus on the driving. Now we just need to keep this up tomorrow. It’s going to be quite a tough day and the Power Stage is possibly the most difficult stage of the rally, so I think it will be a big challenge all the way to the end.”

Sébastien Ogier (Driver car 1)
“It’s been a strong day with a good rhythm in the car. This morning I think we made the right call with the tyres, and the feeling with the car was great. We managed to take the lead, but not with a big gap. In the afternoon, the puncture in the first stage cost us 10 seconds, but the big positive is the great rhythm that we’ve had and we are in the lead tonight. It’s still really close which means we will have to keep pushing tomorrow. There are still close to 80 kilometres to go and 10 seconds between three drivers is not much, so it’s going to be exciting.”

Elfyn Evans (Driver car 33)
“This morning was a really strong loop for the whole team, but Seb was a little bit stronger than I was. We tried a setup change last night which didn’t really suit the dirtier sections. Then I had a frustrating first stage for us to open the afternoon loop, but after that things got much better. I changed another setting and found some confidence for the remainder of the loop. We’ve been playing with the car during the rally and now I’ve found a place where I’m happy, and I’m looking forward to tomorrow. It won’t be a case of a Sunday drive, with two very difficult stages to be done twice, so there’s quite a lot of mileage to go and it’s still all to play for.”

What’s next?
Sunday takes the crews north of Zagreb for a final pair of tests, both to be run twice: Bliznec – Pila, the longest stage of the rally at 25.20 kilometres, and Zagorska Sela – Kumrovec (14.09 km), which will serve as the rally-ending Power Stage.