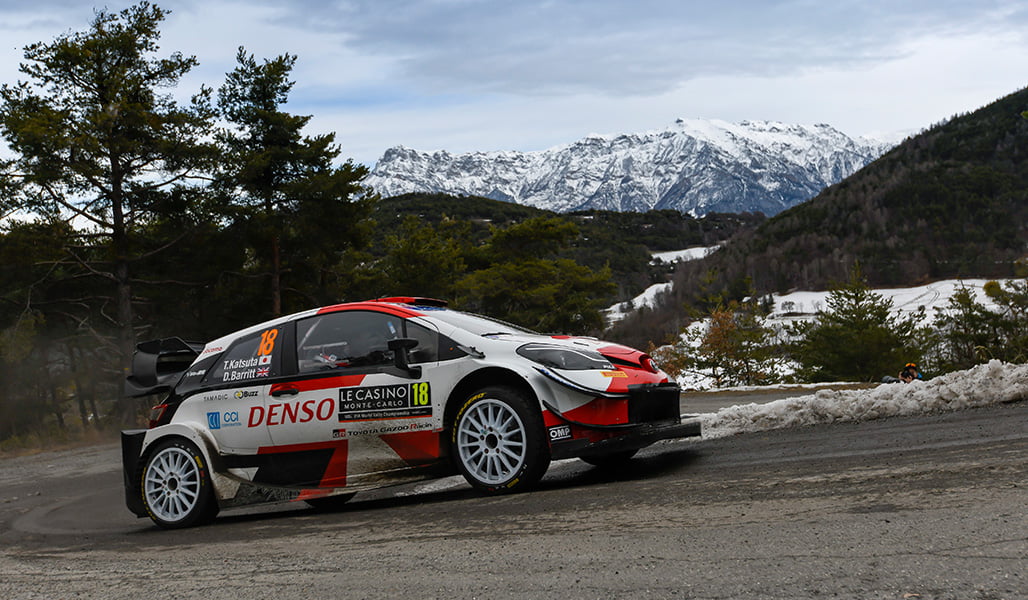 Already regarded as one of the most demanding events on the WRC calendar with its changeable conditions including ice and snow, this year’s Rallye Monte-Carlo featured additional challenges compared to usual. A modified schedule meant that some stages took place in darkness prior to sunrise, when weather conditions are most unpredictable. All the drivers also had to get used to a new tyre supplier in Pirelli, on an event where tyre choice plays a crucial role. There was also no pre-event shakedown, meaning the drivers went straight into the first competitive stages on Thursday afternoon.

As well as co-driver Dan Barritt, Katsuta could count on his gravel crew made up of Juho Hänninen – who also serves as his coach in 2021 – and Craig Parry, who would drive the stages in advance and provide information about the latest conditions.

Katsuta already had the experience of a full Rallye Monte-Carlo in the Toyota Yaris WRC in 2020 when he finished in seventh place, but he lacked confidence early on with very limited knowledge of the new tyres. His confidence soon improved, however, and so did his stage times: He was fourth fastest in Friday’s final stage, and continued to show competitive pace while also making sure he made it to the end of the rally.

Quotes:
Takamoto Katsuta:
“I learned a lot this weekend and gained a lot of experience in these tricky conditions. The speed was getting better and the confidence was also coming on. In the beginning I had zero confidence, to be honest. I needed to understand the tyres and I was too careful in many sections when the conditions or the surface were changing. But with the help of my gravel crew we put more information in the pacenotes and this made me more confident in my driving. Thank you to my gravel crew and to the team – they did a great job. There was still some frustration at some points during the weekend, but it was good to finish the rally and to start the season like this.”

Juho Hänninen (TOYOTA GAZOO Racing WRC Challenge Program instructor):
“I’m really happy with how Taka did this weekend. He started the rally with no experience on the asphalt tyres at all – as our test in December was in full winter conditions when he drove with studded winter tyres – so it was really difficult for him on the first day. But when the conditions changed and he put the winter tyres on, he was much more confident and the stage times were straight away much better. Compared to last year’s rally when I was also part of his gravel crew, he was able to take much more detailed information about the conditions in his pace-notes as he was more confident and more experienced. This was a really good start to the season and it will be easier to go from here to the Arctic Rally with this confidence.”

What’s next?
Arctic Rally Finland (February 26-28) is a new addition to the WRC calendar for 2021, taking the place of the cancelled Rally Sweden as the year’s only pure winter event. The rally will be based in Rovaniemi – capital of Finland’s northernmost region – and Katsuta will look to build on his experience of competing on the local stages early in his rally career.