Justin Lofton qualified first for the Best In The Desert King Shocks Laughlin Desert Classic and from there he never looked back making a clean run winning both days of racing to take the overall win this past weekend. 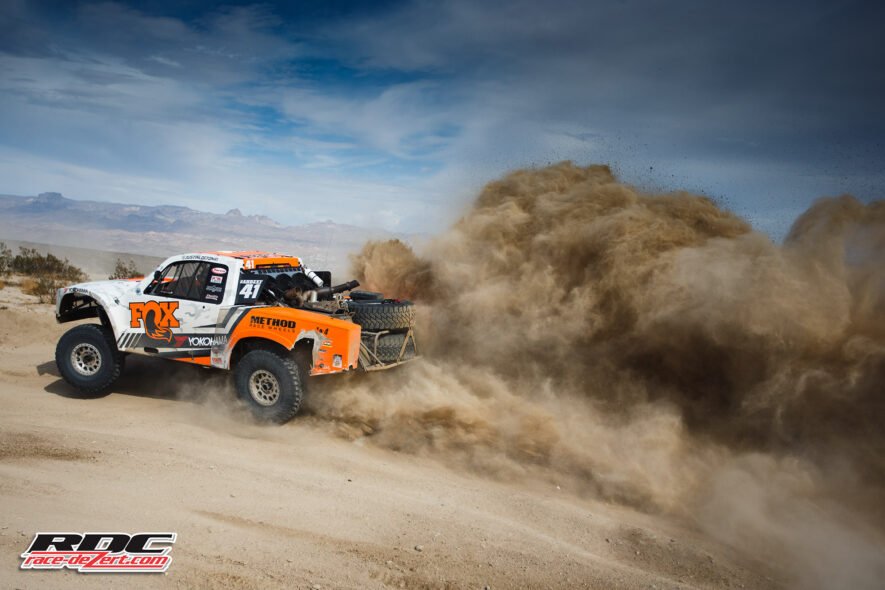 With clean air in front of him Lofton set a fast pace for all those behind him to match in order to try and take the win from him. The drivers didn’t make it easy for him however as after day one Lofton was leading over Kyle Jergensen by only about eight seconds, followed by Harley Letner who was fourteen seconds from Jergensen. 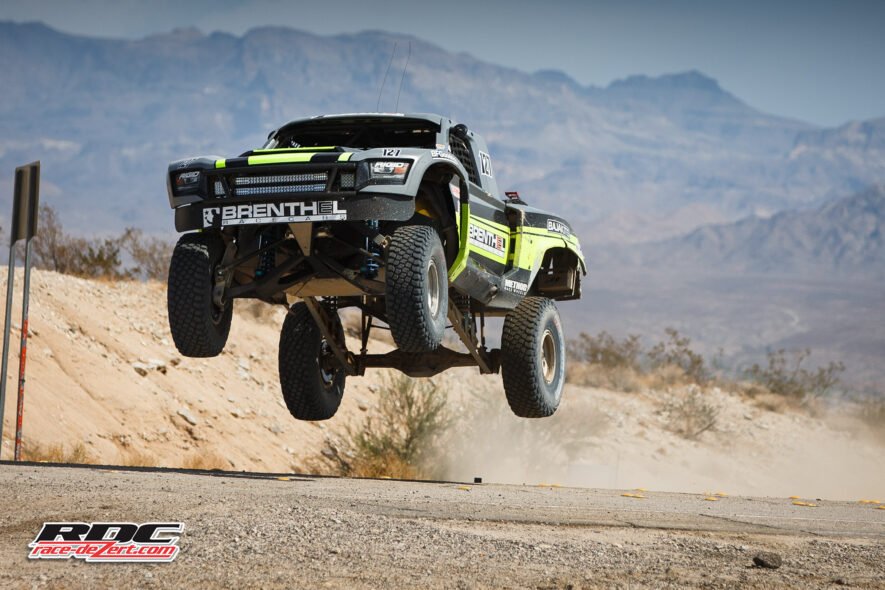 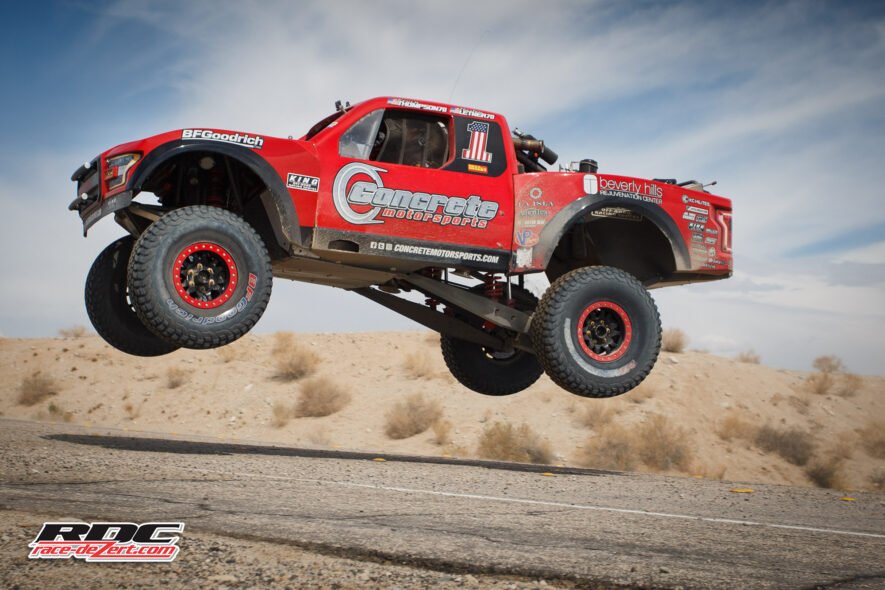 Robert Johnson made some moves starting dead last and working his way up to sixth on corrected time while also putting on a show at the road crossing doing his best Jeff Terzo impression. 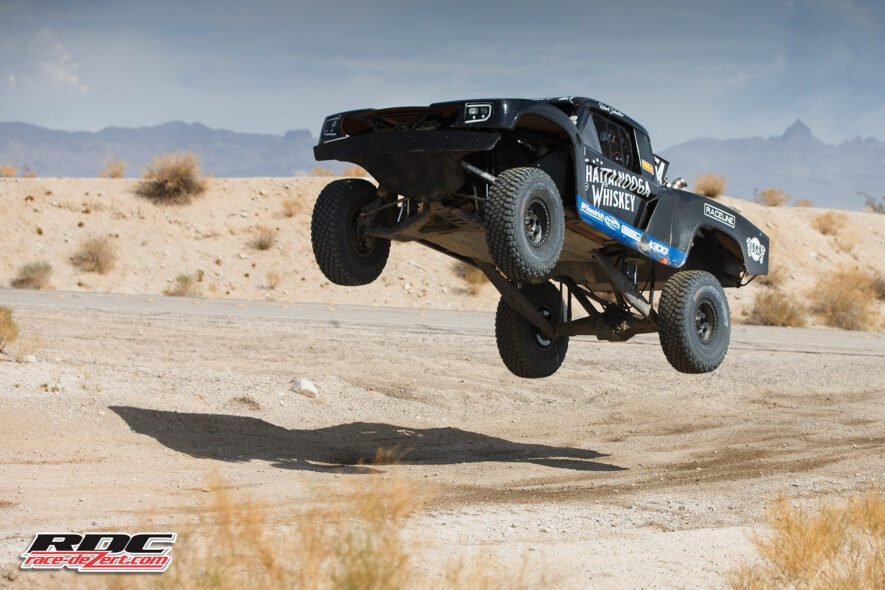 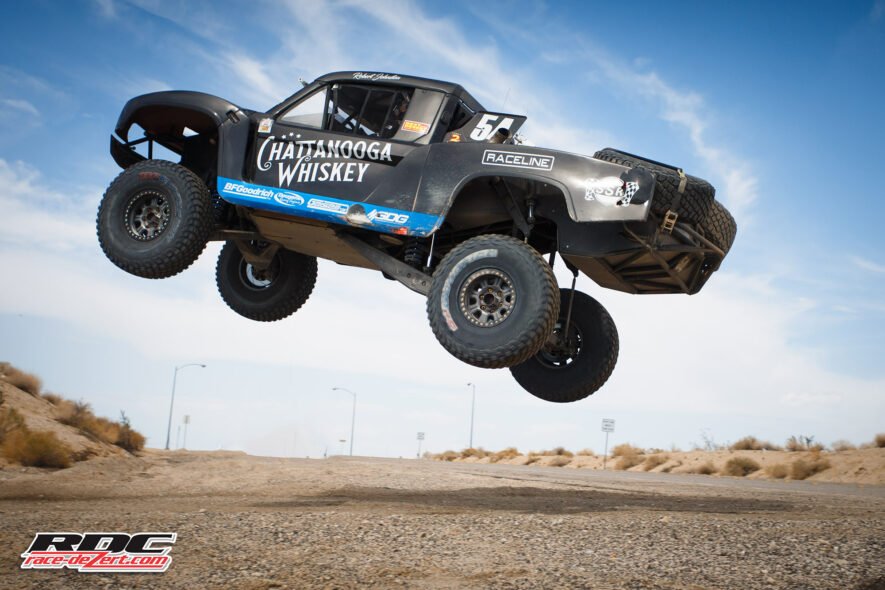 On day two Lofton would get the whole shot after lining up with Jergensen and would again have clean air all day but it was BJ Baldwin who improved his day two time and would finish first on time beating Lofton by over a minute on Sunday. 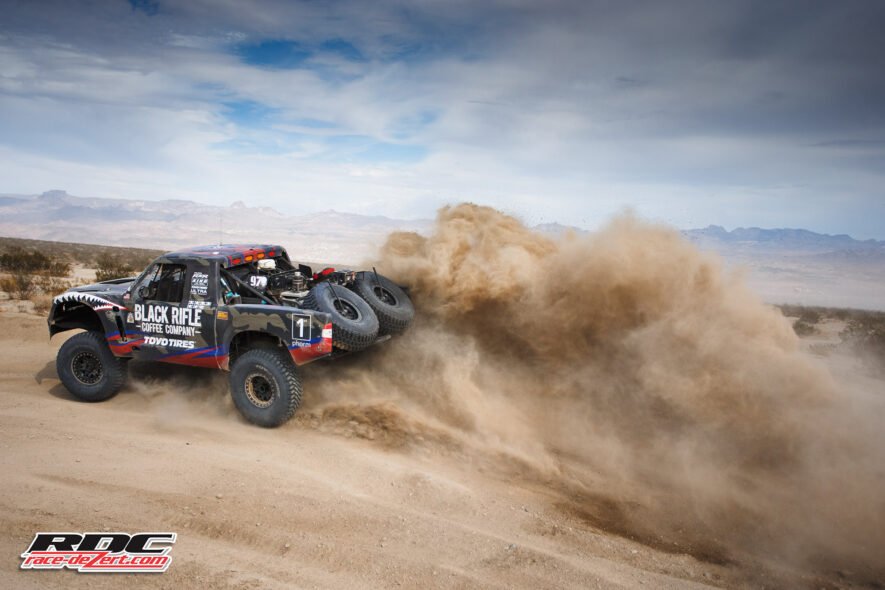 At the start Kevin Thompson would put the Concrete Motorsports truck on its side causing a short delay for the rest of the Trick Truck field which meant BJ had clean air for himself as well which he capitalized on to gain time on Lofton, but after both days times were combined it was still Lofton who would come out victorious. BJ would have to settle for third place just missing out on second behind Jergensen by less then half a second. 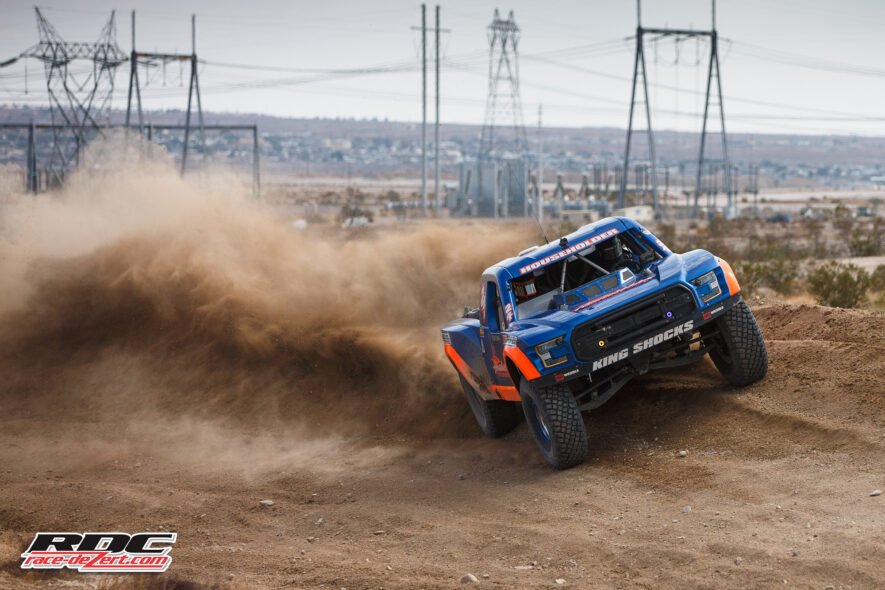 The 6100 class was definitely the most competitive class of the weekend especially after Saturdays races. Less then two seconds separated the top 10 drivers with Andrew Meyers just beating out Mavrick Gaunt by eleven seconds and Dustin Grabowski by seven seconds more. 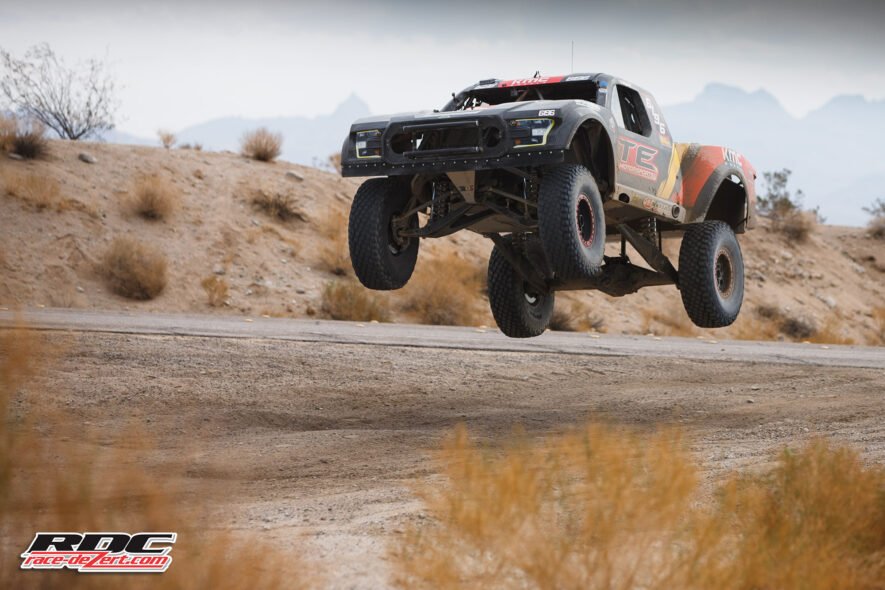 On the first lap on Sunday we new the racing would be close once again as Kyle Jergensen jumped the road crossing at 94 mph with Grabowski just feet away on his bumper. After getting around Jergensen due to running out of gas, Grabowski continued to push hard to try and make up time on Meyers but it just wasn’t in the cards missing first on day two by a mere second and giving the class win to Meyers. Grabowski would get second followed by Brent Fox giving Terrible Herbst Fab a podium sweep for their chassis. 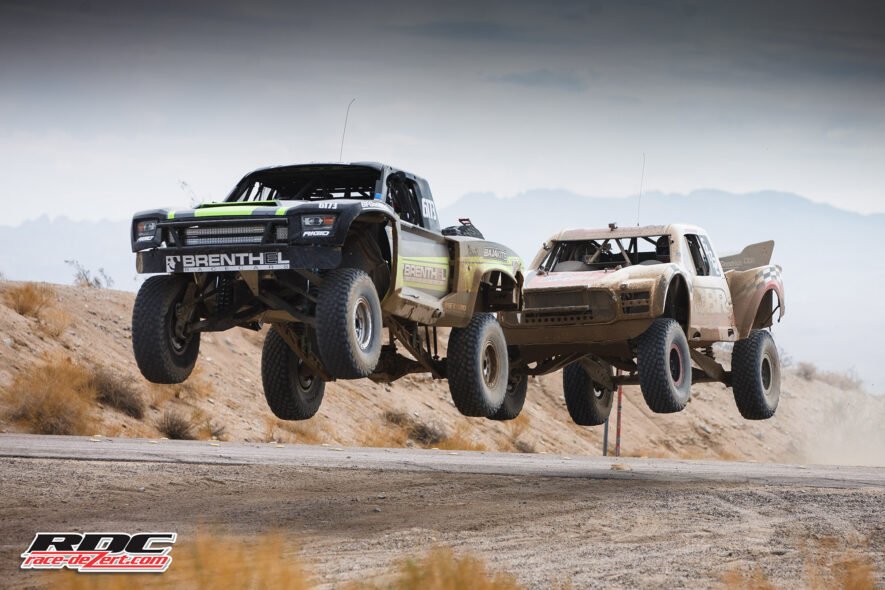 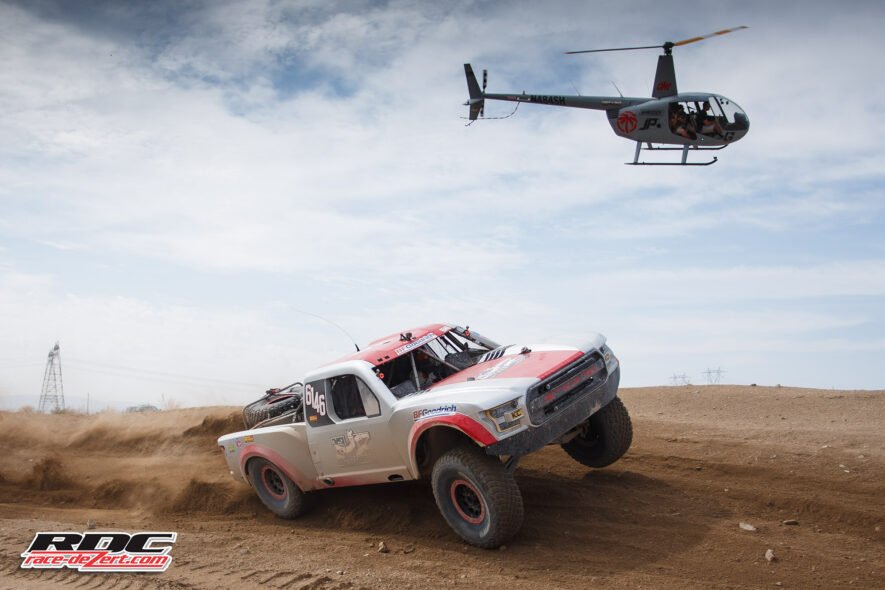 The third group of each day was made up of 6200, 1500 and 1000 cars and it was Connor McMullen who dominated the group winning both days by a combined four minutes which was the largest gap difference of any group. Nick Carolan took second place in 6200 followed by Largent. In 1500 Sam Berri pretty much secured his points championship being the only 1500 to finish both days and taking a class win. In 1000 Preston Brigman just beat out Bret Jeffers and Peter Hajas to take home the win after both days. 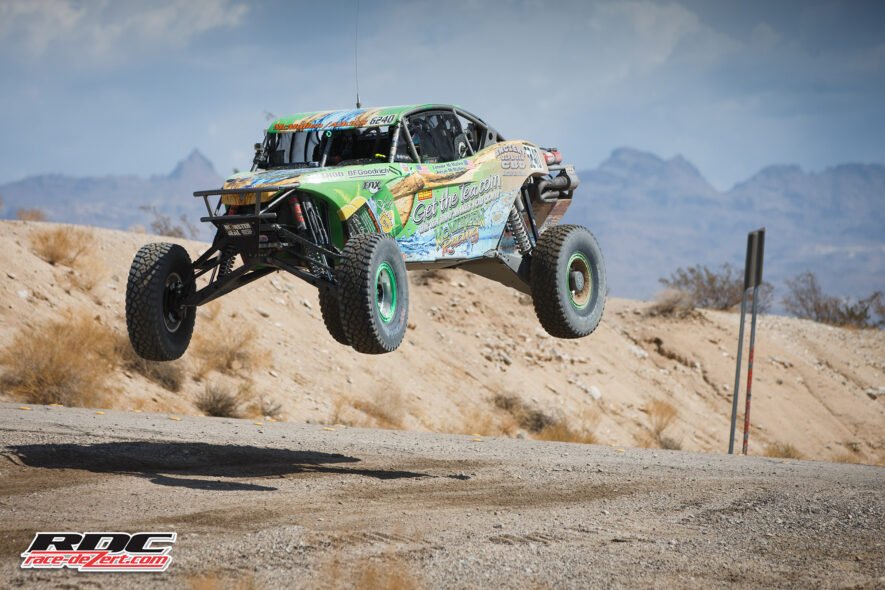 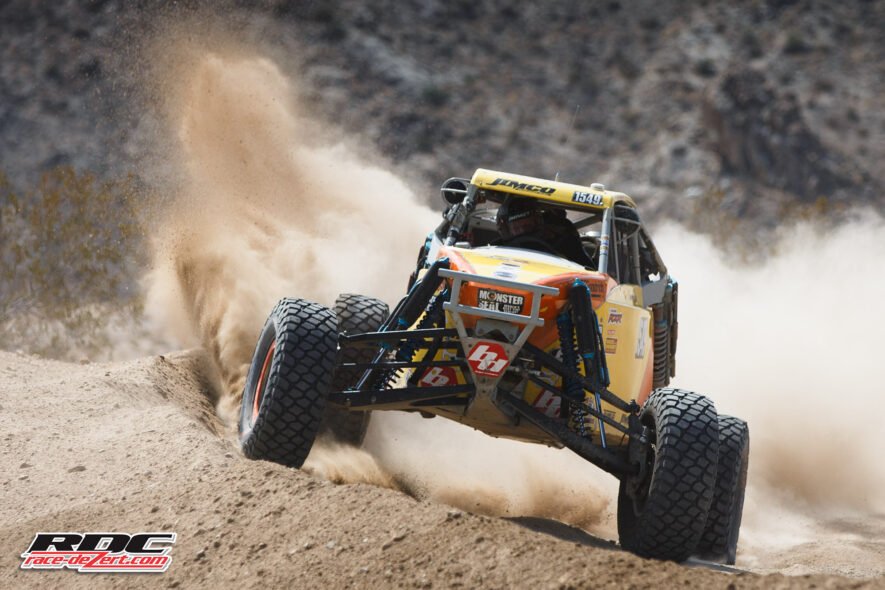 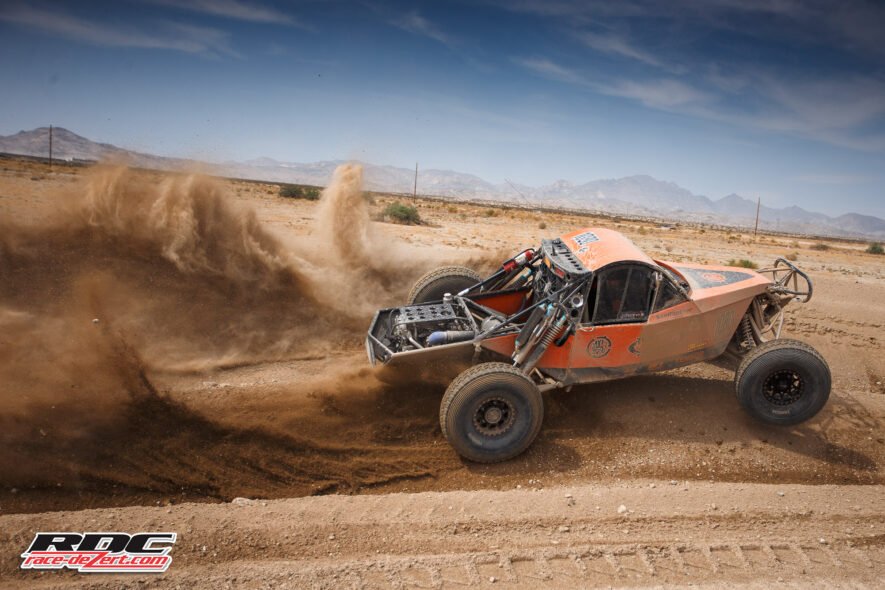 Other class winners for the weekend were Chris Schweers in 5000, Andrew Hulse in 4700, Kyle Gieselmann for the 1700 Jeepspeed class. 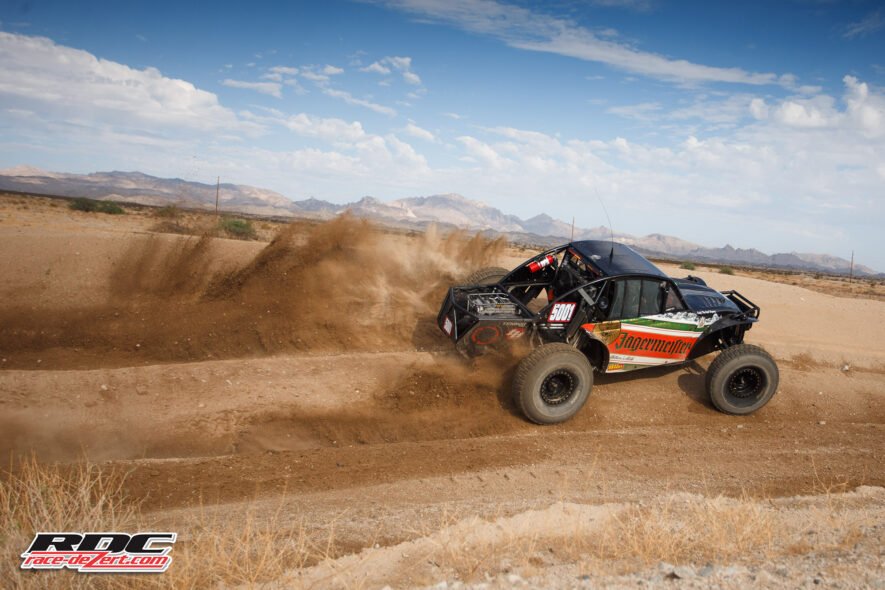 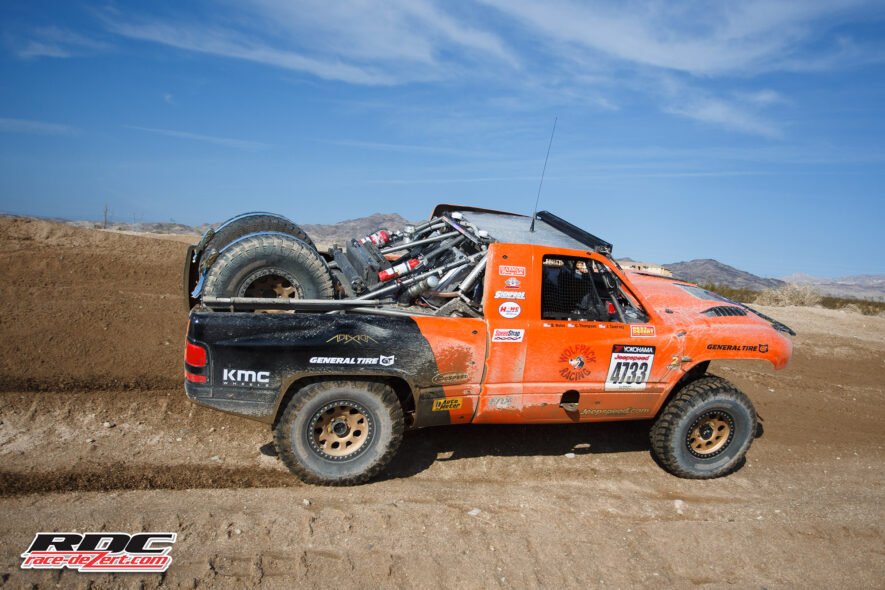