The 2021 4 Wheel Parts Every Man Challenge race is just what the title says, it’s for the every man who dreams of conquering the toughest rocks in Johnson Valley. It embodies the spirt of why King of the Hammers was created, to test man versus machine no matter in what. 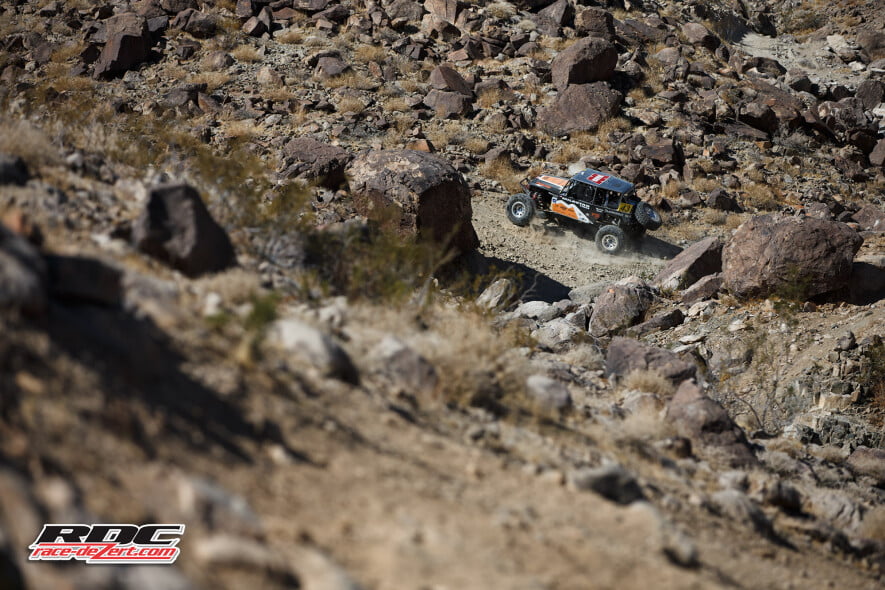 Three classes encompass the EMC race. 4800 or Legends class is for older cars and is limited to 37″ DOT Tires and one shock per wheel. The 4500 class is the Modified class that has to be either an OEM chassis modified or style chassis. Finally the 4600 or Stock class is just that, a stock frame, motor and transmission. All three classes run the same course the 4400 cars race the first two laps but with a big disadvantage. 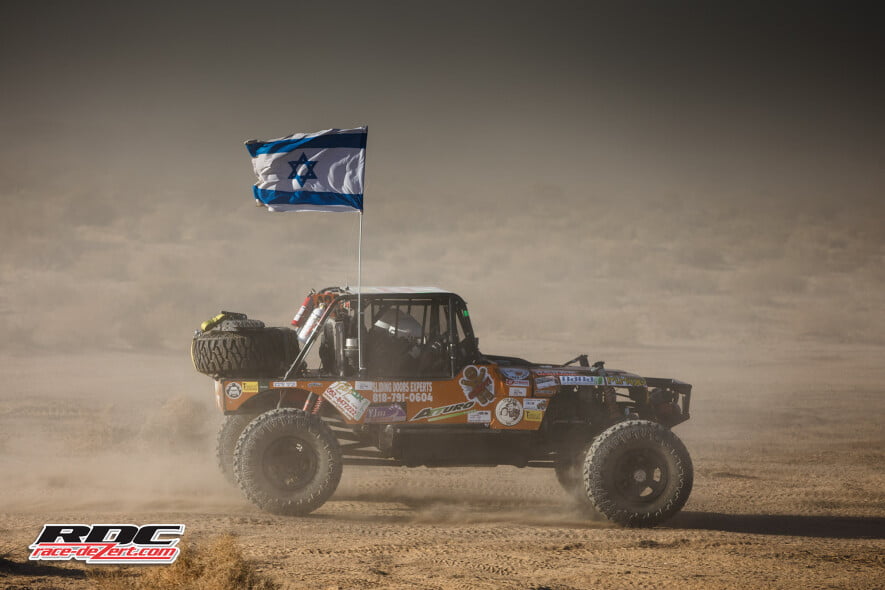 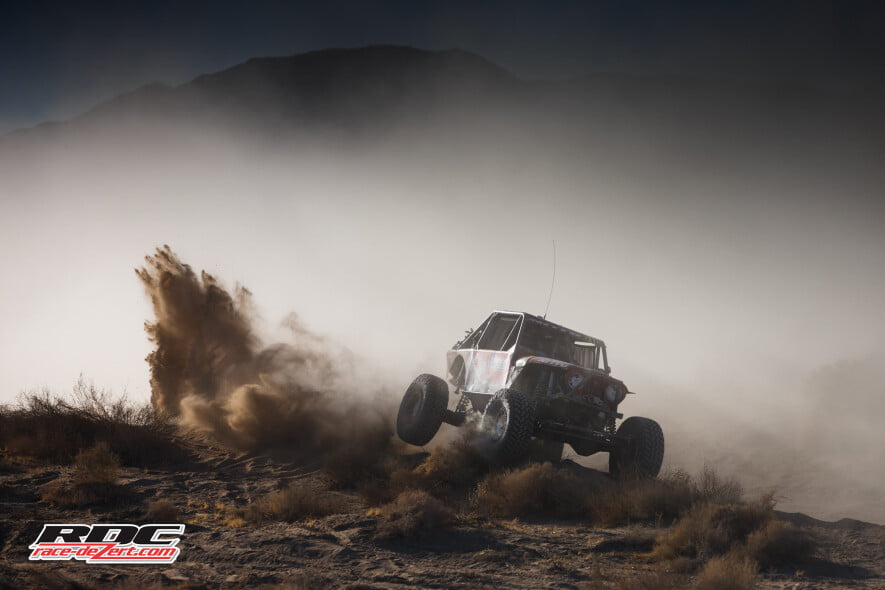 The desert loop that was battled and torn from three days of racing and lots of prerunning. What were whoops a week ago are now gnarly square edges with rocks on them. With no moisture since last week dust was also a huge factor that the racers had to deal with. 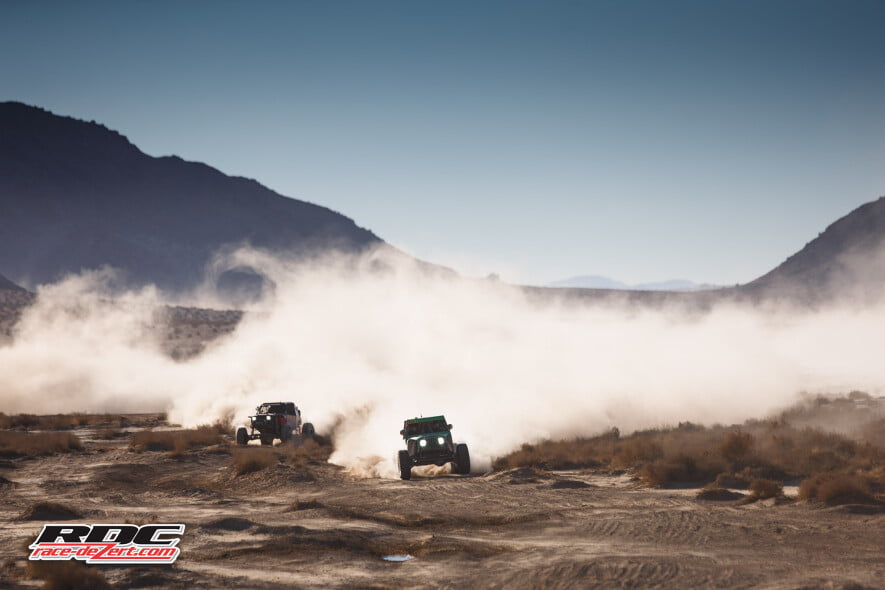 Chayse Caprara got out to an early lead in the 4800 on the first lap getting clean air and taking advantage of it. He held the lead for the majority of the desert loop and heading out on lap two. Last years winners Brad and Roger Lovell, who started fifteenth after qualifying made some moves on lap one and was fourth on the road heading into the rocks. Casey Gilbert who is also a past winner as well in 2018 and 2019 also moved up into second physically after starting tenth. 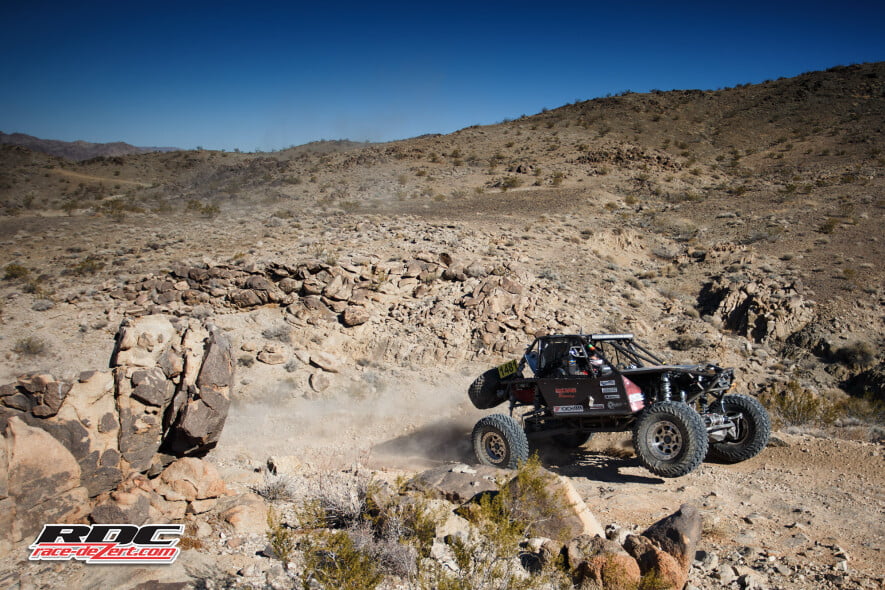 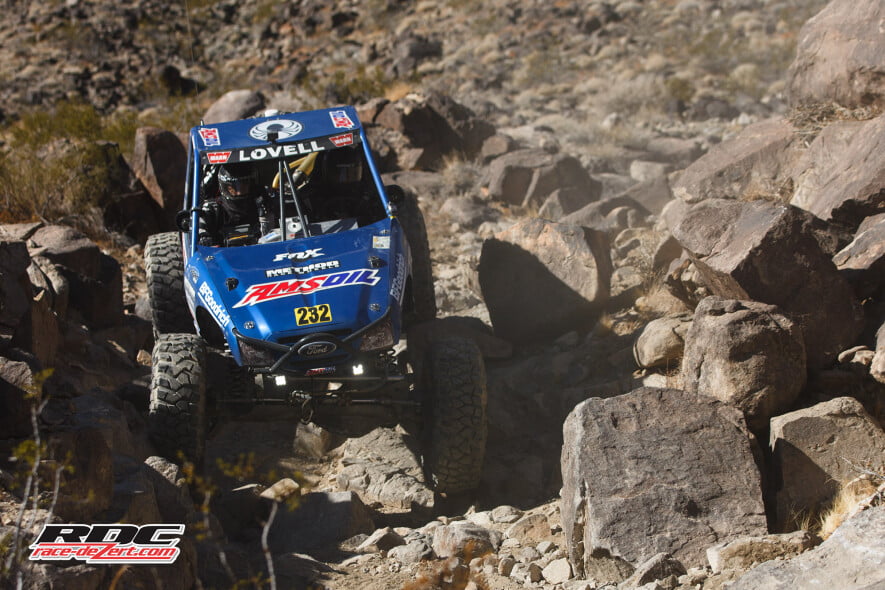 The desert loop is a challenge in its own but the real race starts in the rocks. Caprara hit each rock obstacle with precision never making a mistake and not giving anyone a chance to over take him. Caprara would cross the finish line with time to spare with a time of 4 Hours and 27 Minutes and take home the title of EMC champion and winning $5,000. 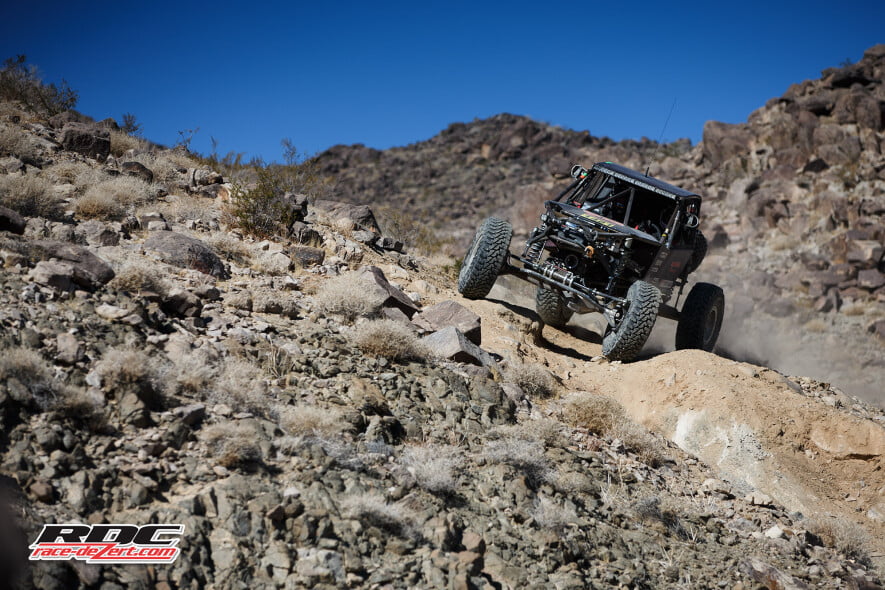 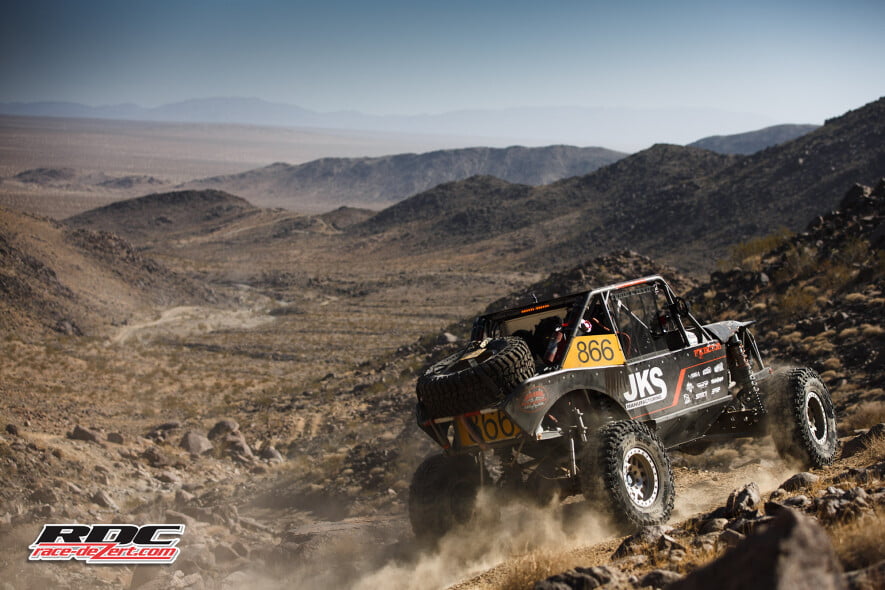 The Lovells would finish a little over 11 minutes later coming in as runners up with Casey Gilbert rounding out the podium. The team of Cameron Steele and Bailey Cole (Steele drove lap one, Cole drove lap two in the rocks) and Levi and Miranda Shirley would come fifth in class after starting 83rd overall. 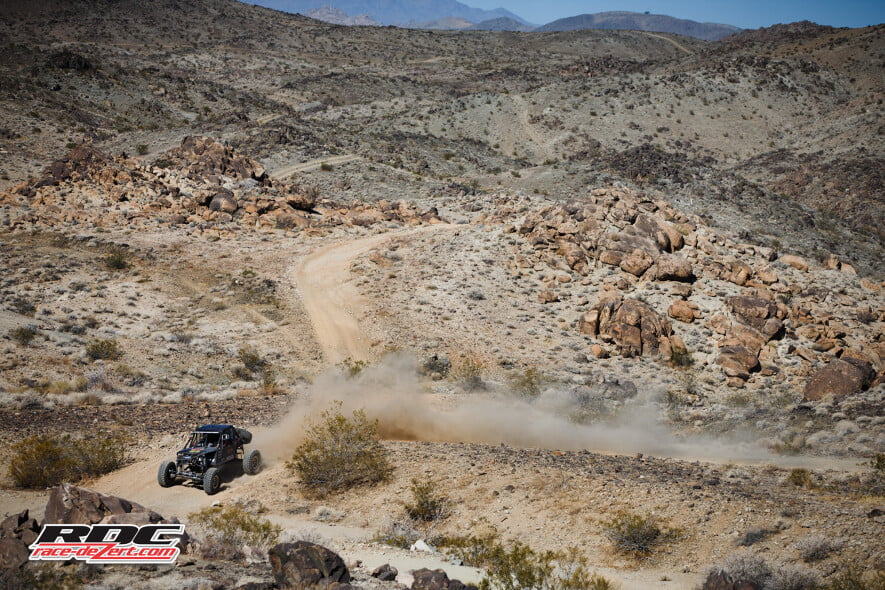 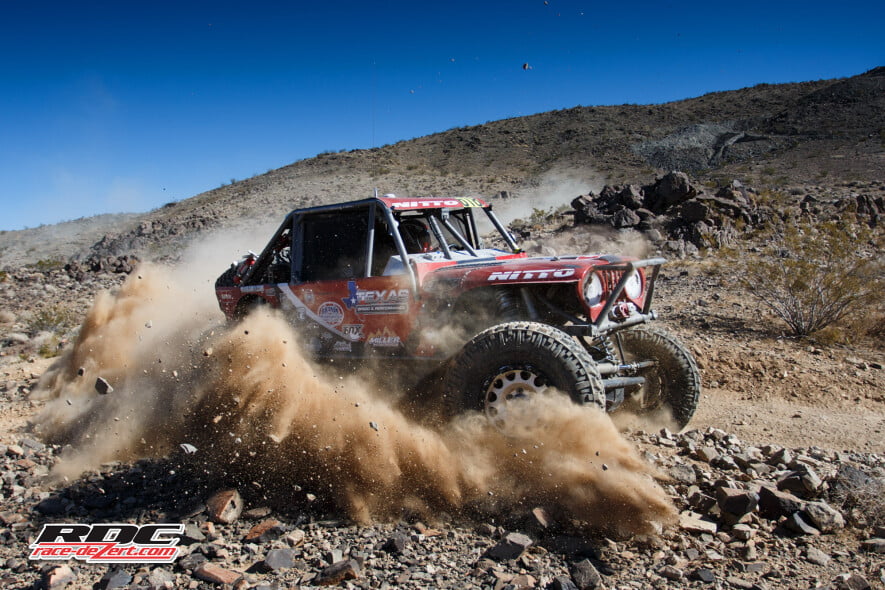 In the 4500 Modified Class last years winner Dan Fresh and Co-Driver Mike Kim dominated the class finishing an hour and a half in front of second place and putting them fifth overall for the day. Duane Garretson finished in second place and Justin Foxworthy (no relation to the comedian Jeff Foxworthy) finished in third place. 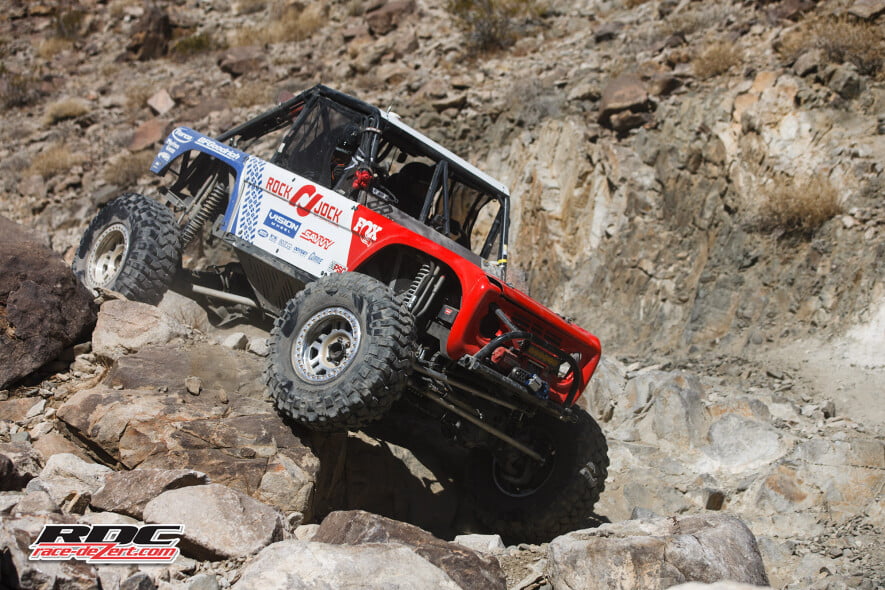 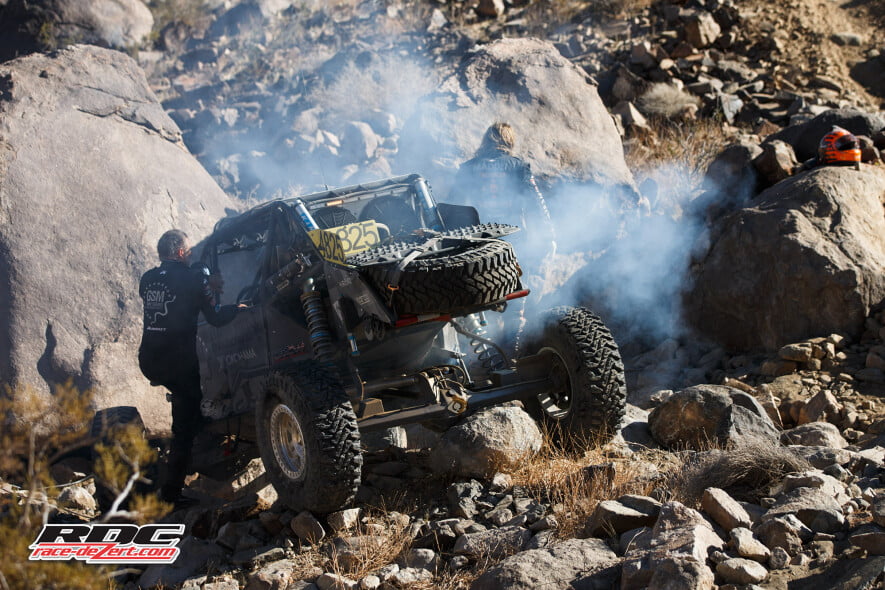 The Stock class had two finishers with Justin Reese winning with a time of 9 Hours and 37 Minutes and Jon Schafer grabbing second place. 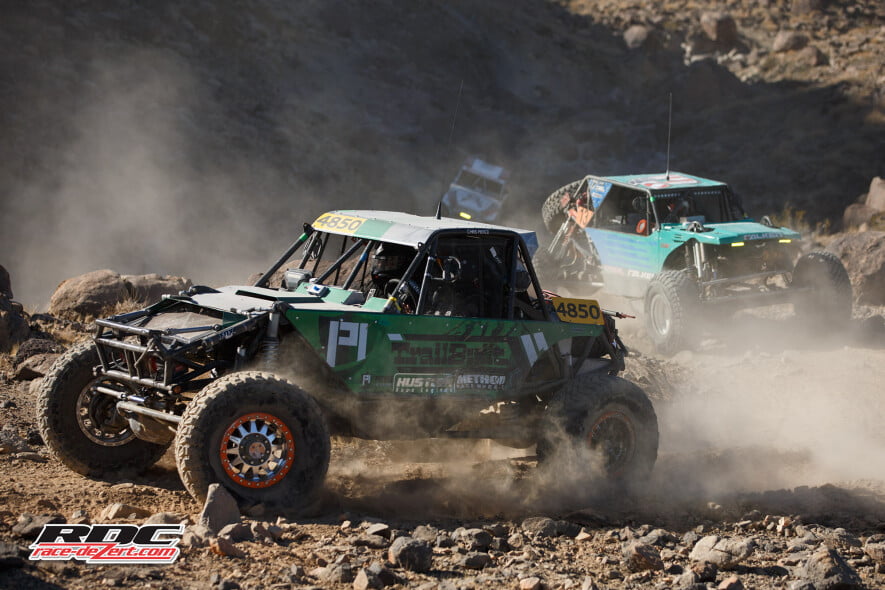 For the first time at King of the Hammers an Electronic Vehicle entered the race. Kyle Seggelin and his sister bought Bailey Cole’s old 4runner and through a Nissan Leaf motor and some batteries and completed the desert loop. Next year should be exciting as Ford announced earlier in the week they will be competing in the class with the all new Bronco driven by Brad and Roger Lovell. 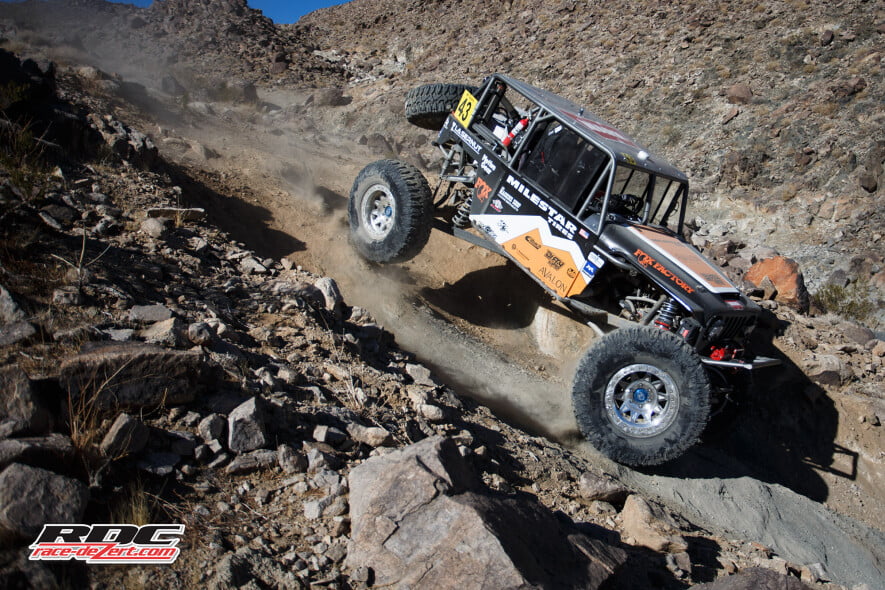 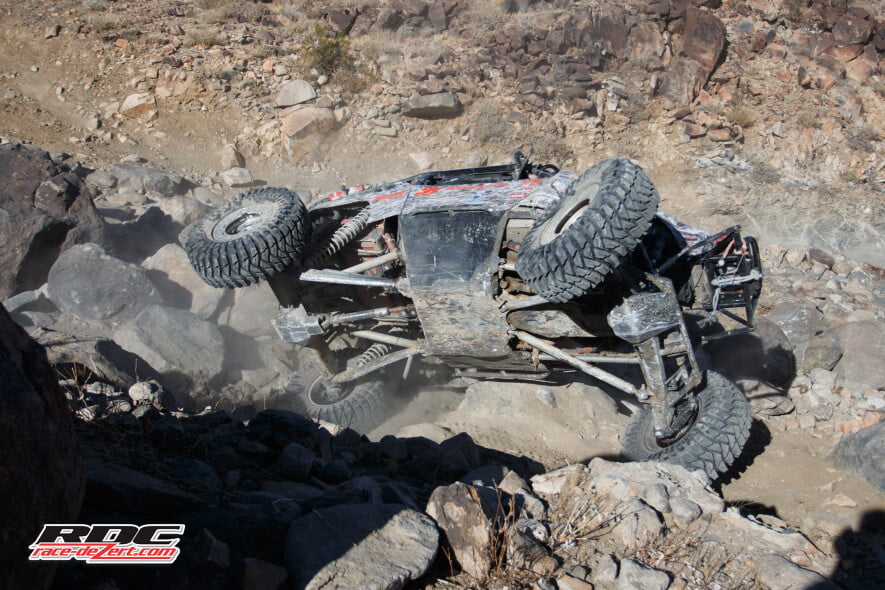 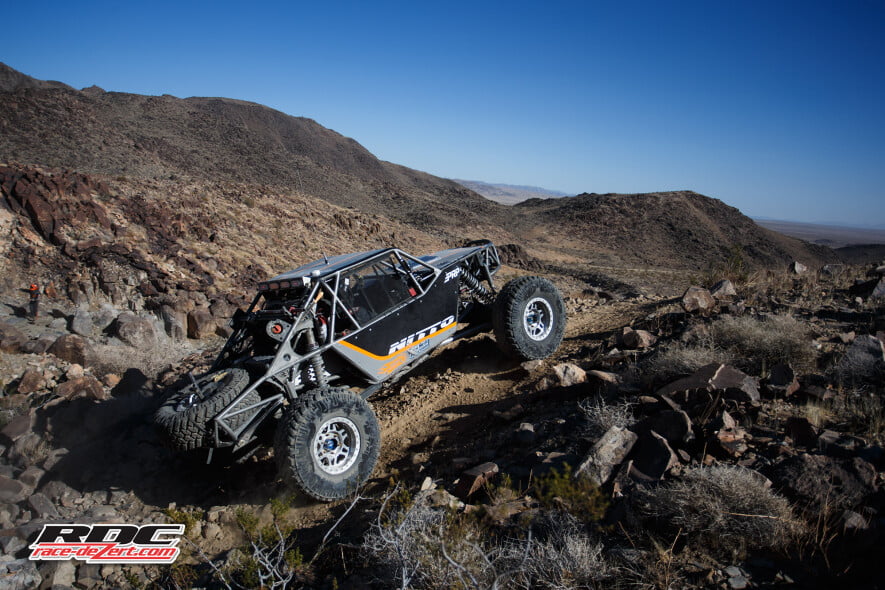 Tomorrow is the big day as the 4400 class will be center stage to see who will be crowned King fo the Hammers. Watch it live all day, Saturday Feb. 6th.