Gilbert, AZ (February 13, 2011)– The 2011 King of the Hammers race has once again come and gone, and once again, Shannon Campbell of Team Monster Energy/Campbell Racing is the King. No stranger to holding the title, Shannon won the first King of the Hammers race in 2008 in a dominating fashion and has returned to the desert ready for the challenge in front of him and hungry for the win. Accustomed  to starting in the back of the pack, Shannon knew he had to demand the top performance out of his car to get to the front of the group before they reached the first section of rock crawling, Outer Limits, that has always had such a high attrition rate. He proceeded to punish his equipment and grind down until he attained his goal; which proved to be a significant contribution to his victory. 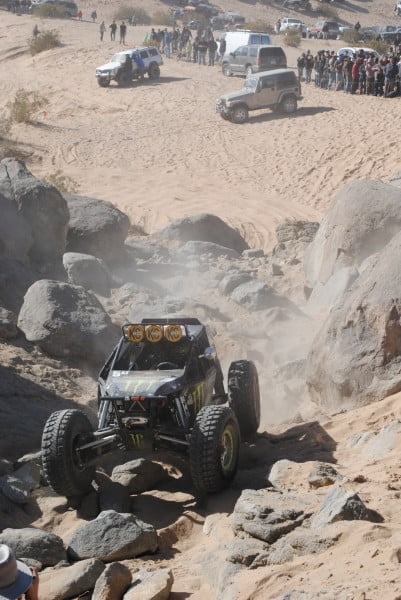 Shannon’s efforts along with strong support from his various sponsors and support crew allowed him to claw his way from his 62nd starting position, to a first place finish 6 hours and 11 minutes later. Right from the start, Shannon was on a mission for winning, passing half the field by check point one and was in the lead before the start of his second lap. In true Campbell fashion, the race was full of make it or break it situations, a full on edge of your seat race from start to finish. One of the most exciting moments was the pass on Jason Scherer for the physical lead. After that initial battle, the two chased each other in the rocks and desert for the next 40 miles until Scherer eventually suffered mechanical failure. Shannon started having some issues when a bent driveshaft caused him to stay below 50mph and with a 14 minute lead, Shannon’s Dad, Don Campbell, a racing legend himself, told him,” back it off and bring it home.” 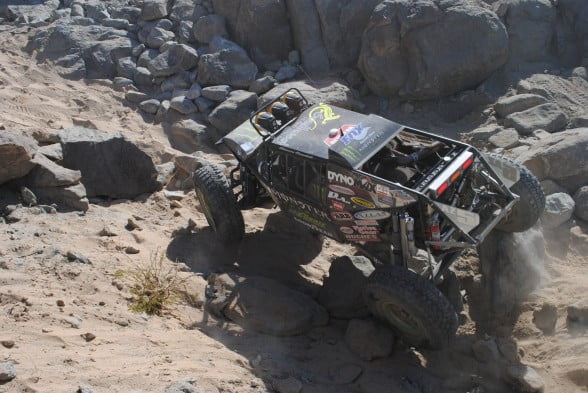 It’s been said that racing requires the minimum amount of skill and the maximum amount of courage, but Shannon and the rest of the racers will agree that the King of the Hammers requires skill, courage, and grit, accompanied with dedicated partnerships to get to the finish line. As Shannon crawled out of his car and shook the dust off, the King of the Hammers crew handed him the trophy and that’s when the reality of the race had finally set in. When asked how he made such a victorious run to the finish line, Shannon said,” I’m just the monkey behind the wheel, my team and sponsors made this win possible.” 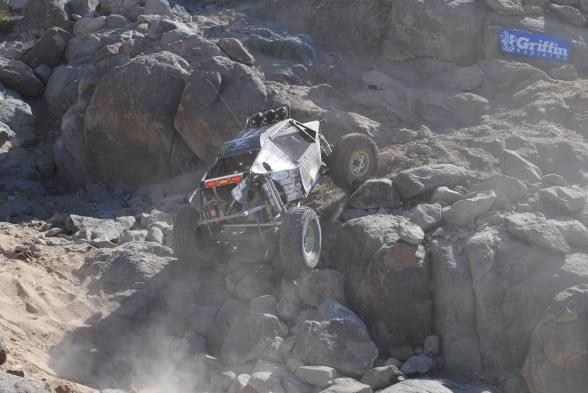 Team Monster Energy/Campbell Racing would like to thank the backbone of our race team; our sponsors who have brought us to the podium: 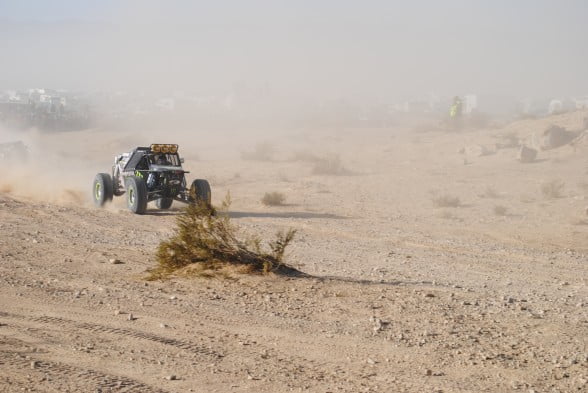 Team Monster Energy/Campbell Racing wants to thanks to everyone that came out and worked so hard for the team: 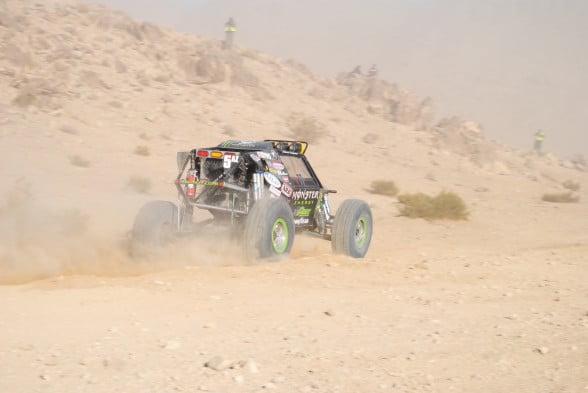