In twelve years since The Mint 400 has come back to life no racers have ever won the event overall three times, but like the saying goes all good things must come to an end. Justin Lofton has won this race back in 2015 and 2016, and now he can officially call himself a three time winner as this past Sunday he won the 2019 BFGoodrich Mint 400 Powered By Monster Energy. 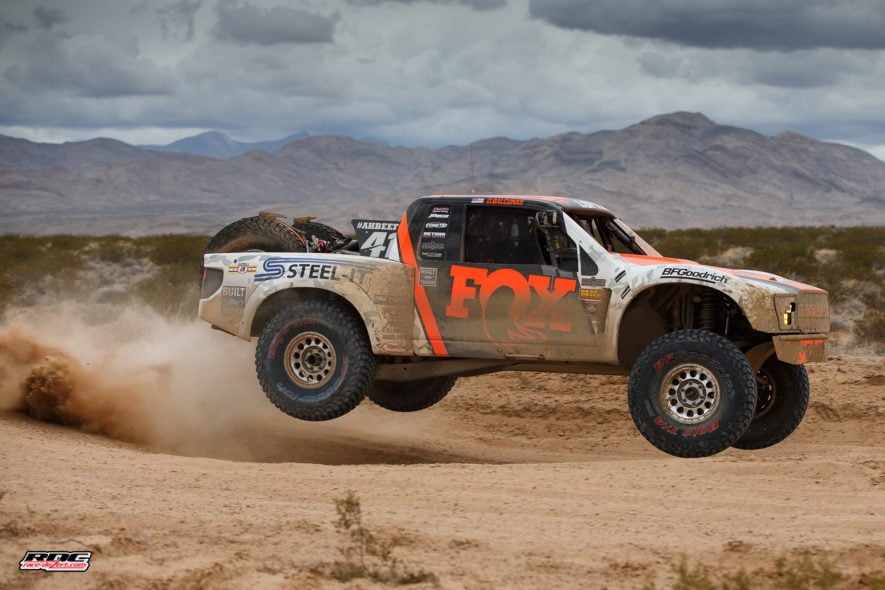 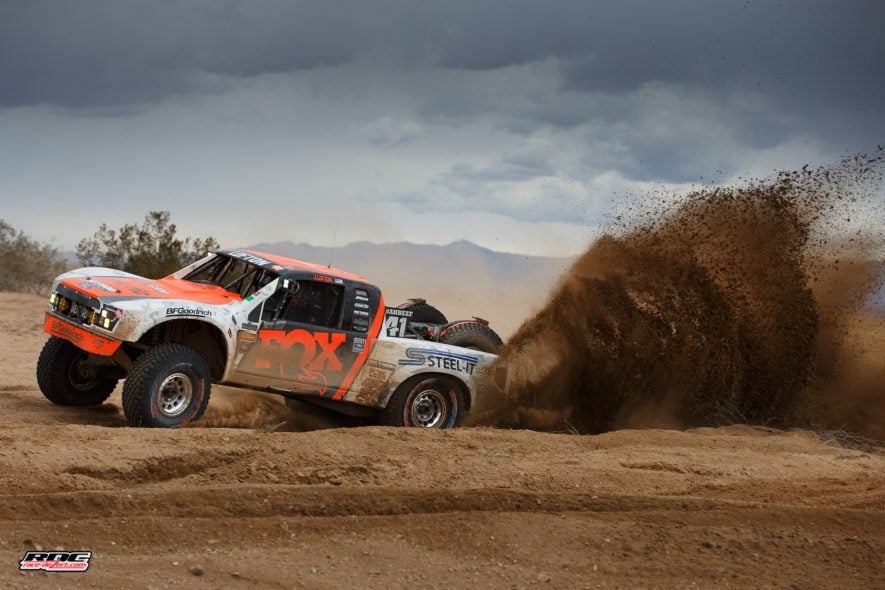 With how competitive the field is today no race comes easy. After qualifying first earlier in the week Bryce Menzies started on the pole in his AWD truck looking grab the first win in his new truck. Earning the right to start by himself Menzies took the clean air and ran with it. 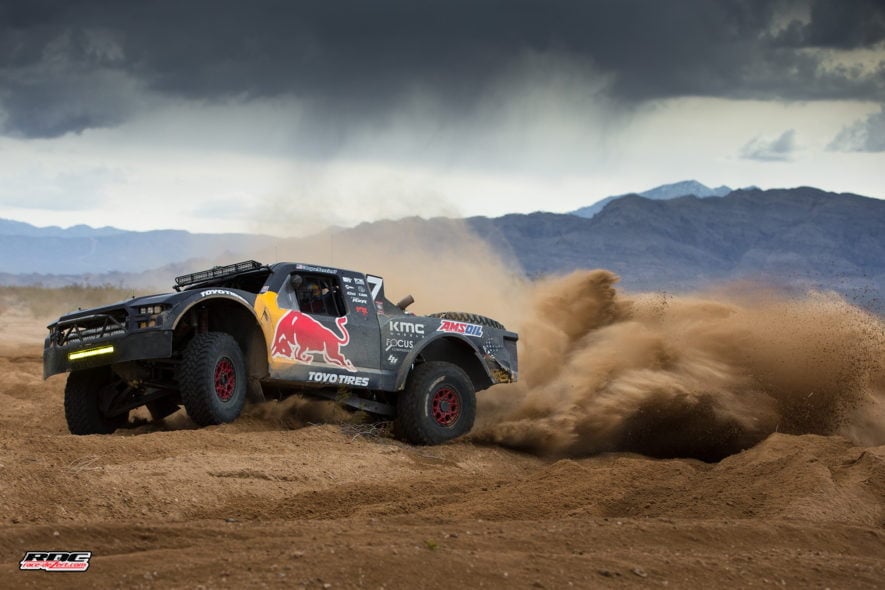 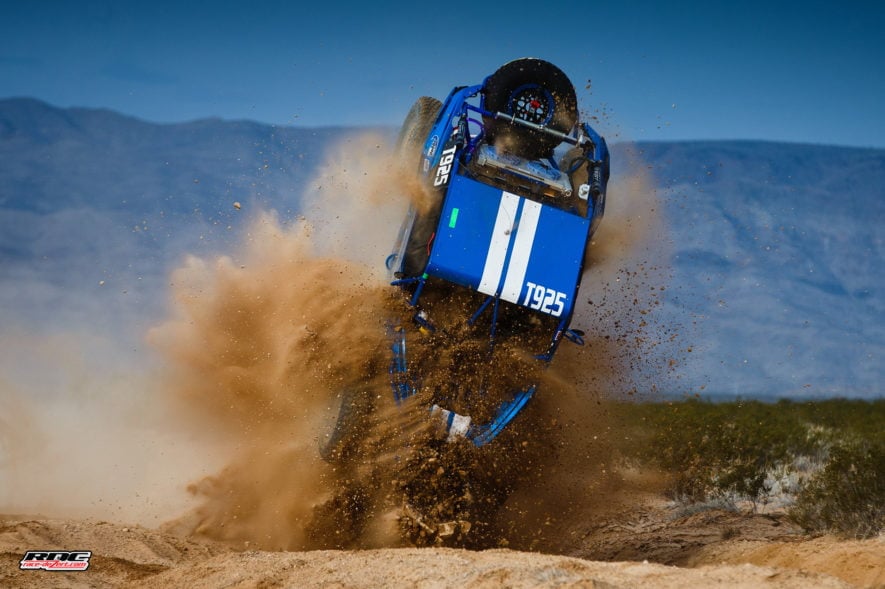 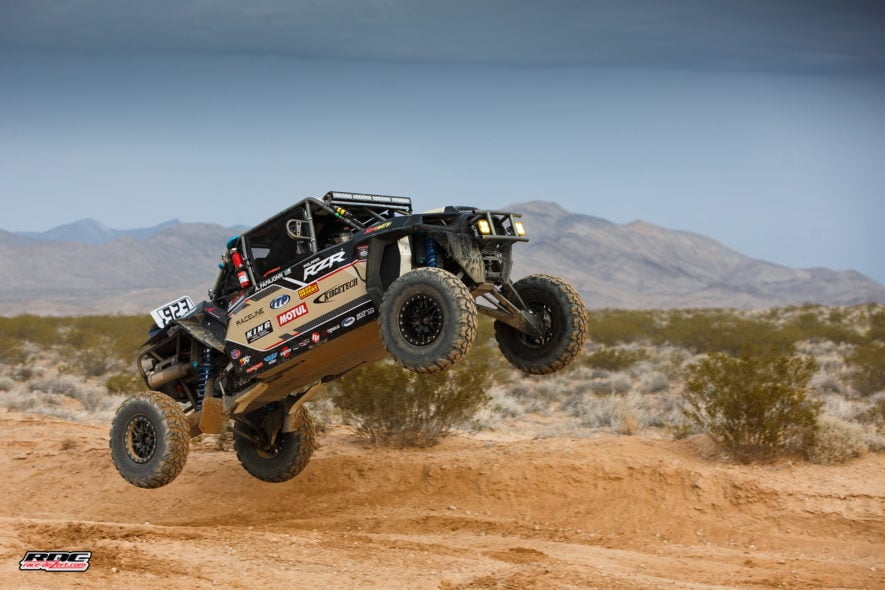 Almost 50 Trick Trucks left the line Sunday afternoon so Menzies would have his work cut out for him if he wanted to not only survive over 350 miles of beat up race course but also finish first. Fellow Red Bull driver Andy McMillin, who himself has won the race twice, got the holeshot on the #19 of Tim Herbst and set his sights on Menzies. For the first lap the the order stayed relatively close to the starting order but by the second lap position started to shake things out. 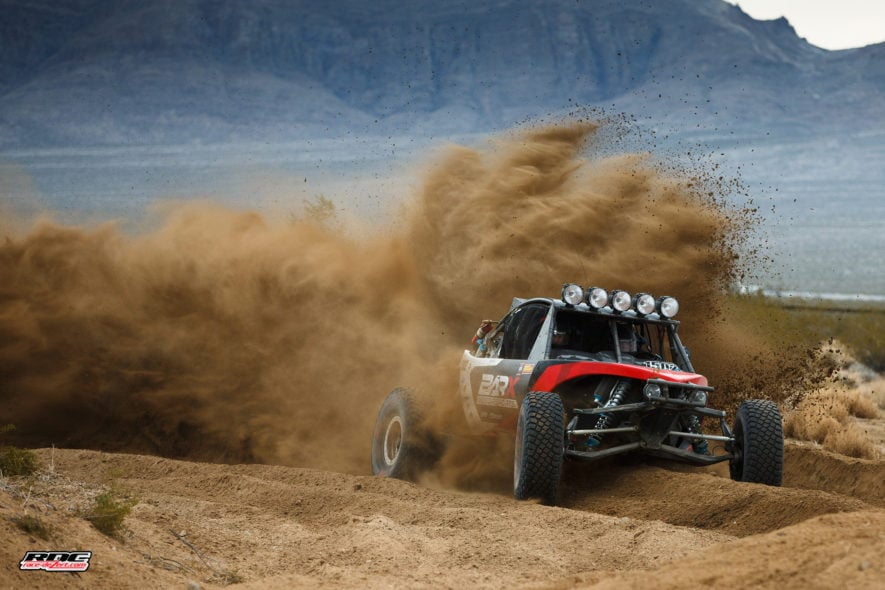 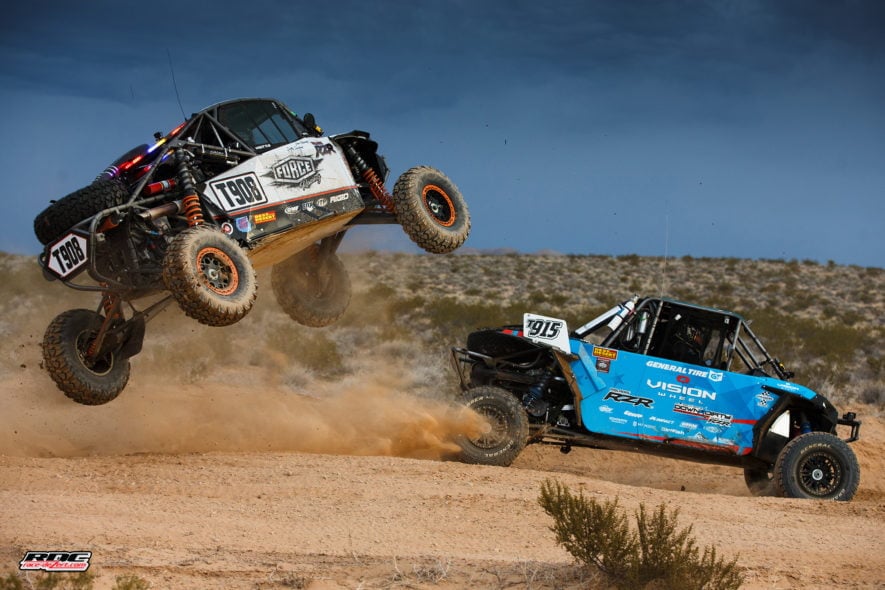 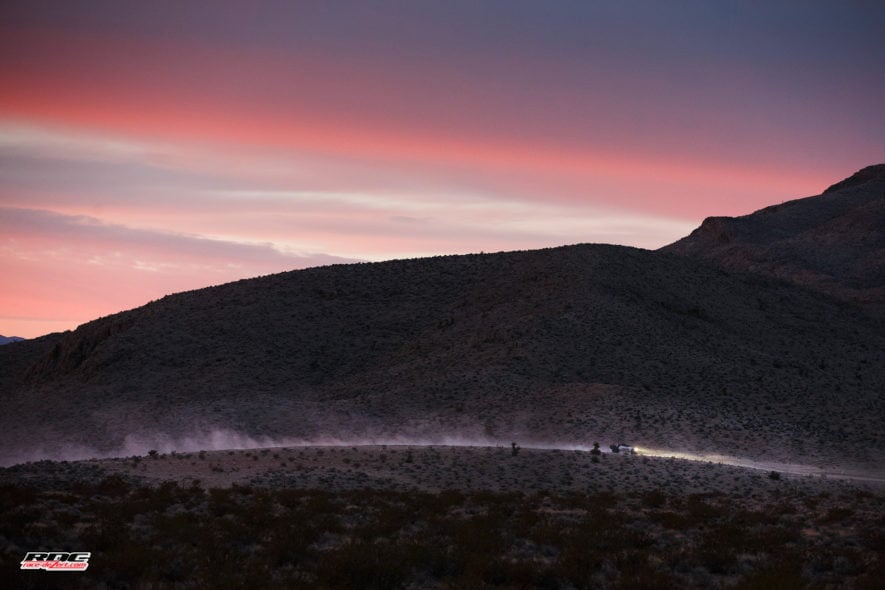 Menzies held the physical lead twenty miles into lap two by roughly three minutes over Justin Lofton, and another minute of Andy. Behind them a tight field was in chase which included Harley Letner, Rob MacCachren, Brett Sourapas, Jason Voss and others. 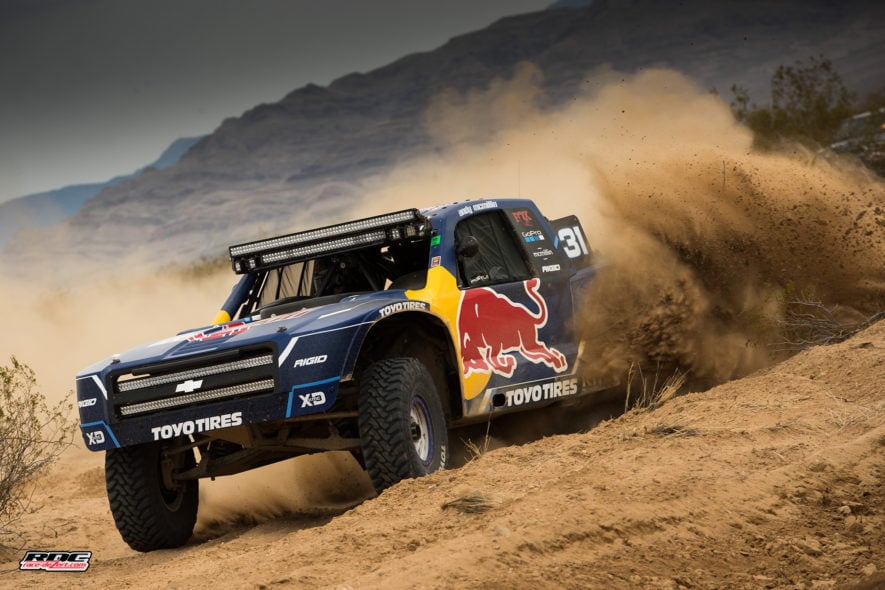 As the sun started to get lower in the sky and dark clouds filled the air Menzies left the infield in Primm still leading physically but a flat tire shortly after caused him to give up his lead in what must of been a heart breaking moment. Lofton and Menzies were swapping the lead on corrected time but now Lofton took over both. Behind Lofton was still Andy only less than a minute behind, but since Lofton started behind McMillin he had him on corrected time by almost two minutes. Rob Mac wasn’t too far behind both of them and also suffered a mechanical issue later in the race which saw his podium spot and chance for the win leave him. 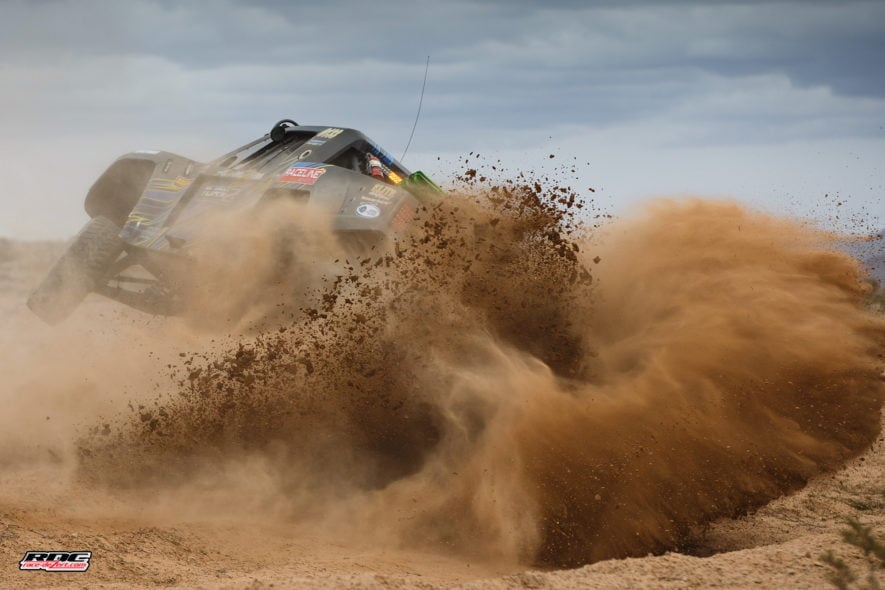 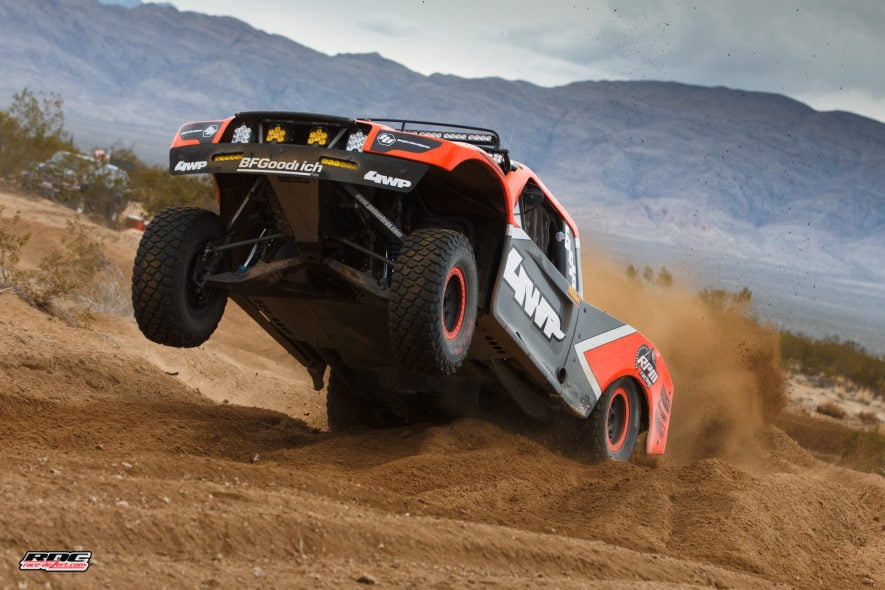 Night took over and with that comes more challenges racing and it showed as teams began to slow down and have issues, all except Justin Lofton. Crossing the finish line first he took home his third Mint 400 overall win and walks away with $35,000 courtesy of Fox Shocks and BFGoodrich Tires. 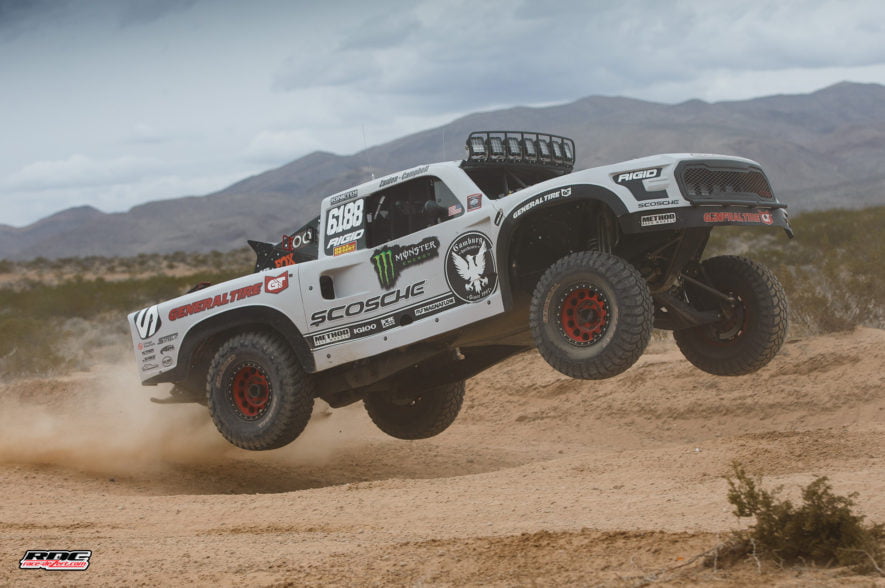 “This is awesome,” Lofton said from atop the podium. “It takes a whole crew, and we’ve got some great partners, and they won this race. These big checks look good in the shop, but we’re going to get ready for the next race after this. We’ve got more races to win!”

Finishing second was Brett Sourapas backing up his win in Parker 425 last month and keeping his points lead. Sourapas finished roughly two minutes and 45 seconds behind Lofton, and rounding out the podium was Jason Voss who’s still looking for his first Mint 400 win. 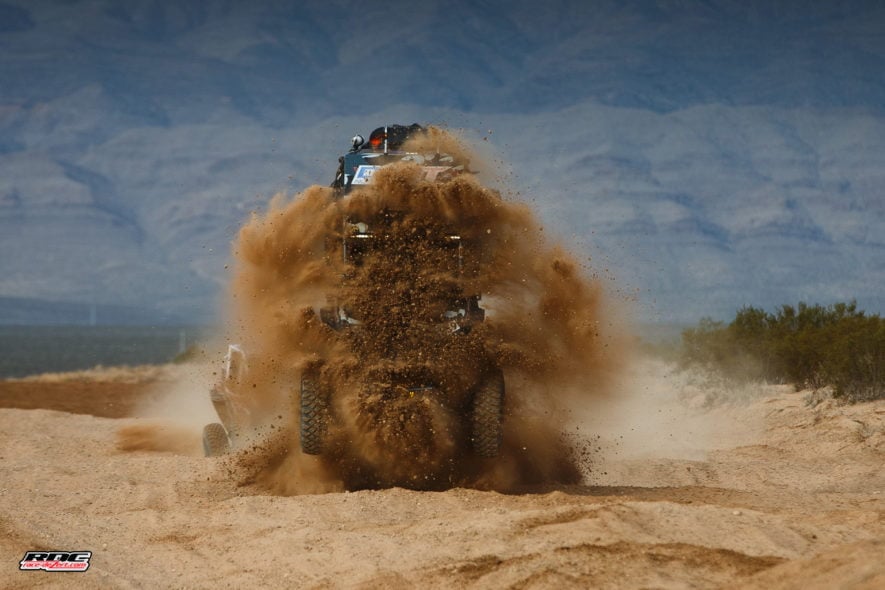 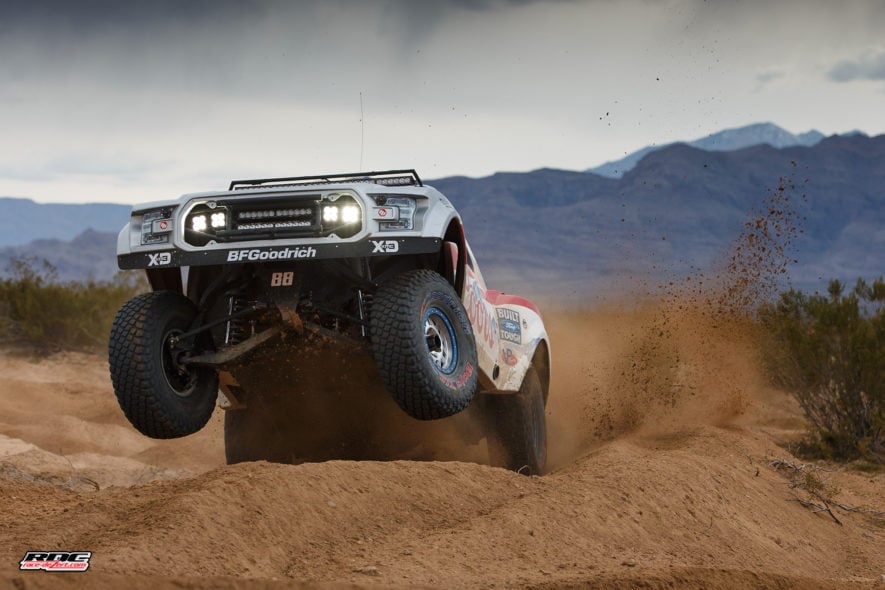 In Class 6100 another big field of fifty deep showed up to the line and it was Parker winner Brock Heger who took home the win. Qualifying first Heger took the pole position and never looked back all race proving that Parker wasn’t a fluke and that the short course kid can wheel anything. Finishing first in class and 18th overall Heger was followed by Travis Chase who won the day before in his Class 5000 car. Third place went to Taylor Mills with Mills Motorsports. 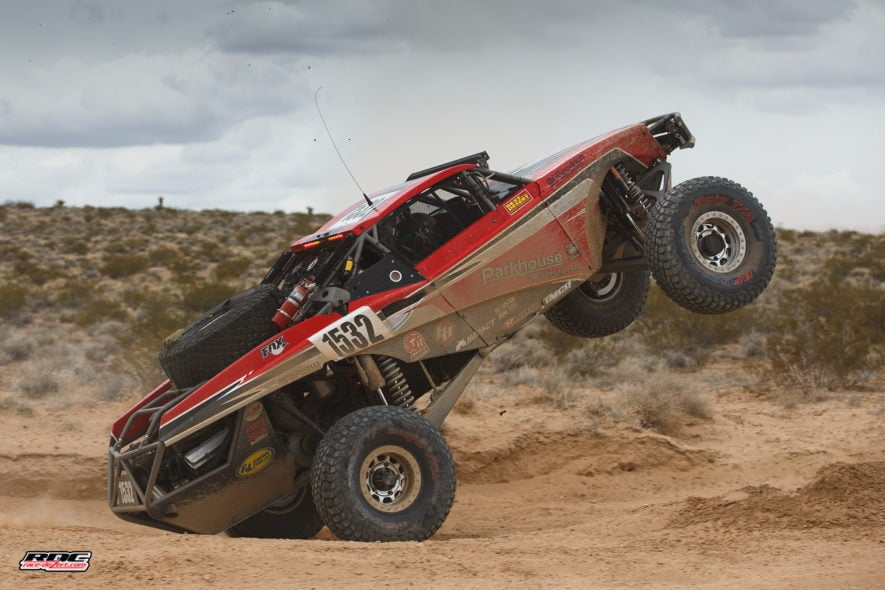 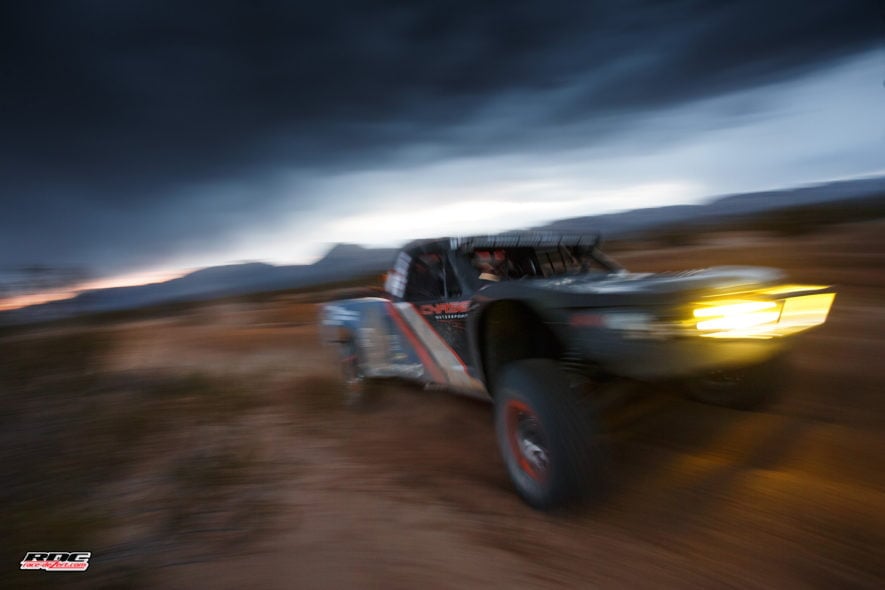 Earlier in the day Class 1000 started the day off and Chase Warren let the way for Heger by also backing up his Parker 425 win. Conner McMullen led Chase all day but just couldn’t quite catch Warren losing by 32 seconds, and only 11 seconds behind him was Christian Fessler. 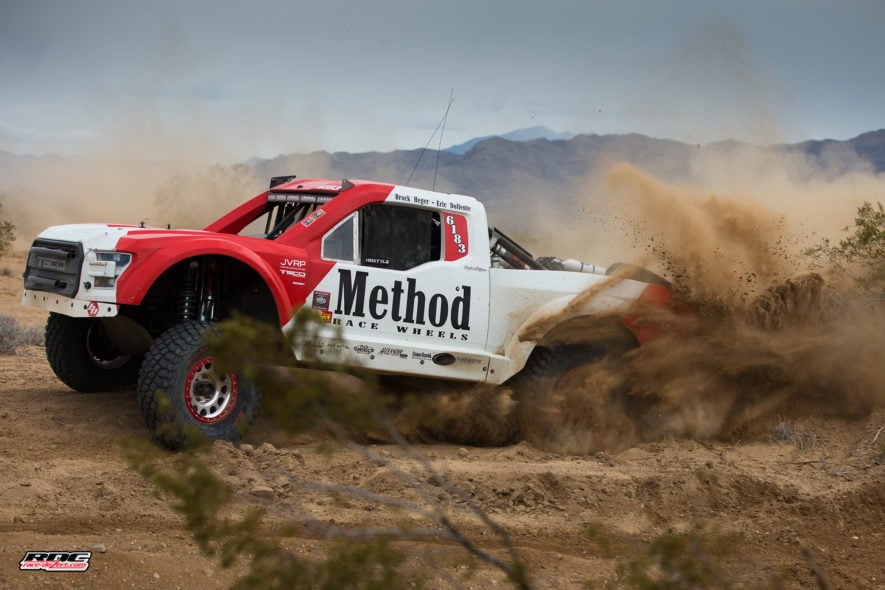 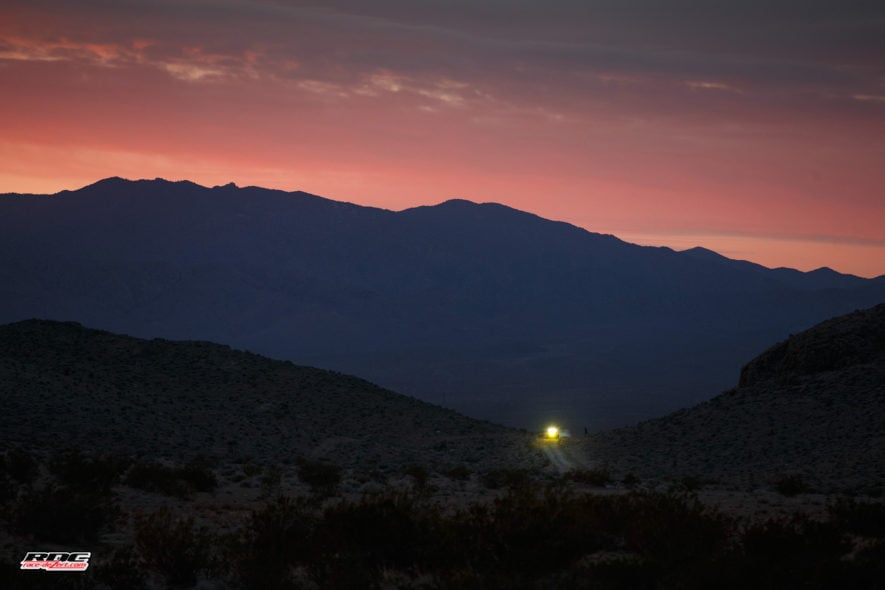 Other Class winners in the morning race were Jeff Proctor in his Honda backed Ridgeline in Class 7200, and Mitch Guthrie Jr., coming off a UTV win at King of the Hammers finished 3 minutes ahead of Phil Burton in the UTV Turbo class. Young stud Seth Quintero Jr. won the UTV Production class and Casey Currie took home the win in Class 4400