2 New Categories
ENDURO COMP & SAFARI VENTURE
2 categories have been added to attract racers who want to make the transition into cross country rallies and eventually to the elite RALLY-RAID category.

ENDURO COMP $1,350 – $1,650
Just imagine racing through Baja California for 5 straight days in an organized competition without any maps, GPS tracks or course markers. It may not be for you, but the stage makers of BAJA RALLY have partnered with RALLY COMP to introduce a brand new way to race in Baja. 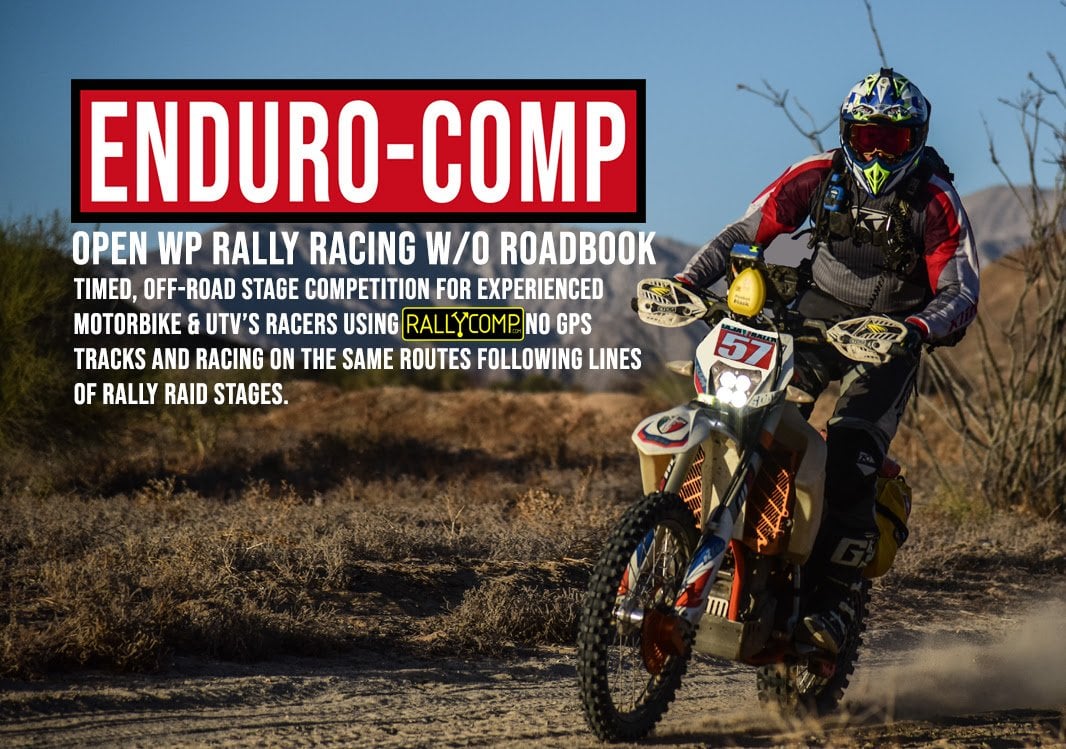 ENDURO COMP is a hybrid of traditional off-road racing blended with cross country rally- but we’re taking your GPS, map and roadbook away. You’ll be guided to a starting line at 12 noon everyday and turned loose into the wilds of Baja California. Can you stay on course for at least 100 miles each day? Yes it sounds crazy, but imagine how you’d feel reaching the finish line by dinner time and beating handfulls of other UTV and motorcycle racers.

Don’t worry, the RALLY COMP device will keep you safe the entire time and help you most of the way with an open arrow and “distance to” each of several dozen waypoints placed in strategic locations. You simply ride and race in the direction the arrow points. As you approach potential hazards like ditches and big ruts, your RALLY COMP will give you an audible alert to slow the heck down. Once you clear the hazard area, you can get back on the gas. Oh and if you get yourself more than a mile off course, will send you a text to your RALLY COMP via Iridium satellite.

ENDURO COMP was developed for UTV and motorcycle racers who require more challenge and adventure in a safer environment than following the “Same Clapped Out Roads Everytime”. 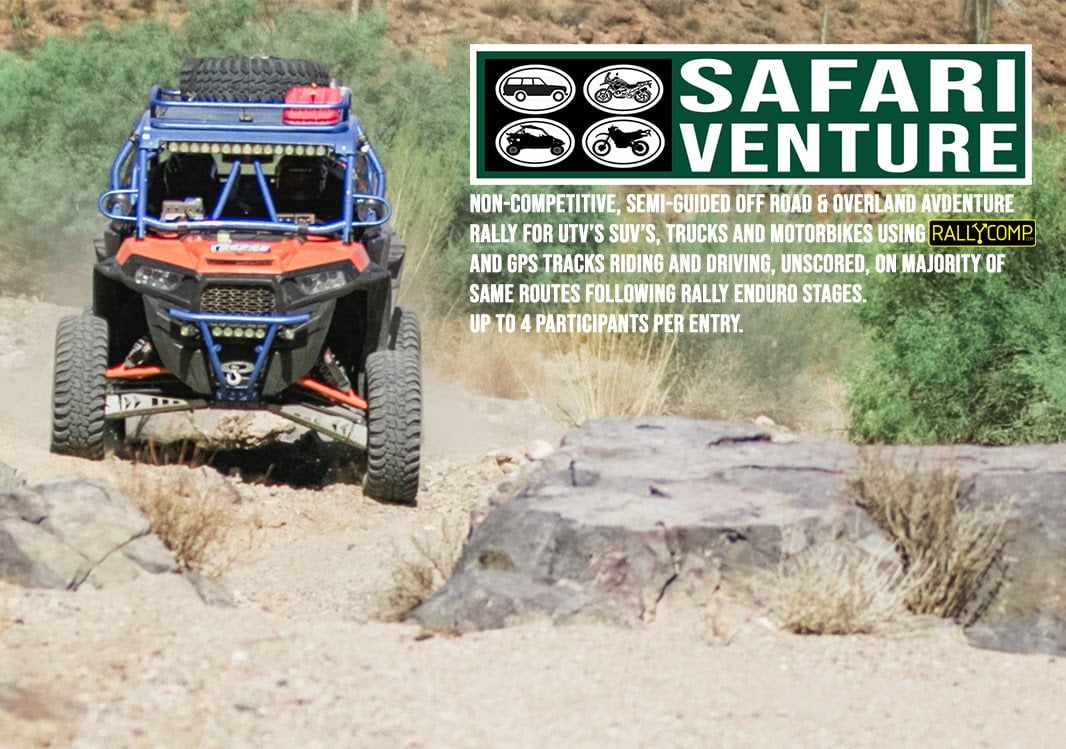 Hotel Hold Policy
New for 2020 and included in with your paid entry, Baja Rally will “hold” and guarantee your hotel room (1 room per night double occupancy) for each of the nights during the Baja Rally. You must make this selection at the time of your order for payment and must include the name of the registered entrant. You must finish your own reservation anytime during the month of August because our reservation hold will lapse on September 1st. Therefore, you must contact the hotels and (or booking agent) and secure payment on your own behalf after August 1, 2020.

This hassle-free policy assures a level room rate for everyone who registers on time and give racers and teams a choice to opt in (or out) of hotel rooms whether they work with a booking agent or directly with the hotels.

Relaxed Refund Policy
The new policy defines 3 time periods in which racers who withdrawal their entries will receive refunds up to 30%- 80% of their deposits. This relaxed policy has replaced prior terms where some withdrawing racers had forfeited most or all of their deposits. All of those racers have been identified and will be given a 1-time credit equal to 50% of 2020 entry fees.

Full Pay Option:
Refundable 100% until August 1
No refunds after Aug 1

Now entering it’s 4th year of coaching and training, Baja Rally School announced only 4 dates for the 2020 calendar for its signature training program designed to prepare drivers and riders to compete in virtually any rally raid competition in the world:
FEBRUARY 5-7
MARCH 5-7
APRIL 9-11
JUNE 12-14

Entering A New Era for the Organization
Leaders from Baja Rally appear enthusiastic about the opportunity to parlay a 7 year track record into the next decade by combining new innovations for safety and adventure with a seasoned staff, and rally-race infrastructure.

General Director Mauricio Parra began his rally career by waving the green flag of Stage 1 of the inaugural Baja Rally (2013) as a rep for the City of Ensenada and has since lead the legal administrative development of event to be recognized and endorsed by municipal, state and federal governments of Mexico.

“2019 was our 7th rally and was to close to perfect,” Parra explained, “It was a pure example of our teamwork-experience, everyone moving forward together to achieve one stage at a time, delivering another safe, but adrenaline packed event to our racers and their teams.”

Race Director Victor Orellena, who works directly with Rally Comp to officiate the timing, scoring and rulebook for Baja Rally, chimed in with his own outlook for 2020.

“We’re carrying momentum forward into 2020 to give and share more of what we do well.” Orellana added, “We’ve expanded our work with Mike Johnson at Rally Comp to get more people into this sport. “Enduro-Comp is a completely new way to race and levels the playing field. Everyone is on the same course with nobody having outright advantage of pre-running, and everyone will get lost a few times. This will be a true test of ability for competitors from the traditional off road racing arena and also a gateway to ‘rally-raid’ as they will get to race through areas that border exclusive to Baja Rally Competitors.”

Baja Rally founder and stage builder Scotty Bloom says they started the rally in 2013 out of a challenge and the opportunity to solve some of the unnecessary risks inherent to Baja 500 and Baja 1000 he observed as a racer and journalist. He said they expected it to catch on fast.

“I imagined the rally would be a lot ‘bigger’ by now. A bigger field with more sponsorship and a lot more flash. It turns out we are pretty blessed that it didn’t blow up into a flash in the night. Instead, Baja Rally’s been built slowly and quietly, fortified with relationships and a base of racer-clients who know us for what we’re great at: building the best stage routes you can ever race in Baja, California with a our safety team is best in class.” So, instead of being an instant raving success, we have steadily established Baja Rally’s reputation for the long haul with a proven template and the capacity to triple in size.”