For Immediate Release –
Montclair, CA – November 25, 2014: Calling the Baja 1000 the “Super Bowl of Off-Road Racing” just doesn’t do it justice sometimes. This years 1,275 mile course traversed east and west across the beautiful peninsula as it snaked from Ensenada south to La Paz. After spending months preparing the #185 Rigid Industries Jimco Truggy and weeks pre-running the course, Justin “El Rey” Davis was ready to chase down his third Baja 1000 win at the age of 21 years old.
Fresh off his Class 10 win at the Rigid Industries SCORE Desert Challenge in Imperial Valley, the Green Army Team was anxious to take that momentum into the Baja 1000. Justin knew qualifying well would mean less dust to charge through as he was also looking to finish well in the overall standings in this grueling endurance race. “Leaving Vegas knowing we were guaranteed to leave the line second in class really helped in my mental preparation for the race. And getting to check out the incredible display SCORE put on at SEMA was an added bonus” Justin said.
After a mechanical failure took them out of the race while running top 5 overall last year, the Green Army worked tirelessly to ensure the Jimco Truggy was ready to tackle one of the longest Baja 1000 races ever. Part of that preparation included bringing Scott Schovajsa on board to share driving duties. “It was great having Scott as part of the team and he delivered the truck to Justin in perfect condition. We couldn’t have done it without him” said team dad and owner, Kevin Davis. Justin and long time family friend and co-driver Troy Holes took the green flag and got the truck to Ojos Negros where Scott jumped in to take the truck all the way through Catavina. From there Justin would jump back in the car and along with crew chief Ryan Desautels would charge through the night to La Paz.
“We knew that as much of the race would be at night as during the day and our Rigid Industries light package would give us an advantage. I’ve won in Baja with Rigid before and with all the support they’ve given us this year, I was ready to charge through the dark with confidence” Justin said. “For those that have experienced it, there’s “dark” and then there’s “Baja Dark.” As we raced through the night, we had some electrical gremlins that prevented us from running half of our light package. Fortunately, the new optics proved to provide plenty of light to run hard without any hesitation.”
As day broke, the Green Army continued to provide superior pit support and based on the tracking from Green Army mom, sister and brother back home, Justin was able to start stretching his lead in class 1 as well as start picking off Trophy Trucks in the overall standings. With the only down time being outside of Loreto to add water for the home stretch, the race became about Justin surviving Baja to make it the checkers in La Paz.
“We knew the car could not be any better prepped for success and the King Shocks and BFG tires never skipped a beat through all the terrain this endurance race threw at us” said Crew Chief and co-driver Ryan Desautels. “New to the program this year we also have the support of Monster Seal in the tires to help keep air in our Baja Terrains. With no flats top to bottom of the course, it made gaining ground on the competition that much easier.”
The class win also marks Justin’s 3rd Baja 100 victory and 4th podium in the last 5 years, carrying on the legacy of winning synonymous with the Davis family tradition. The team is looking forward to what is next for their 2015 competition schedule and carrying the winning momentum into next year.
Green Army Motorsports is proud to represent the finest companies and products in off-road racing, including: Rigid Industries LED Lighting, King Off-Road Shocks, Jamar Performance, SS Constructors, K&N Filters, PPM, CBR Performance Products, Arciero Sports, Reel Drivelines, GatorWraps, Replay Cameras, Jimco Racing, Lucas Oil Products, Dougans Racing Engines, Stand 21 Racewear, Monster Seal, BFGoodrich Tires, MOMO USA, Checkers, Flippobilt, Fast-Aid and WRP Premium Threadlocker. 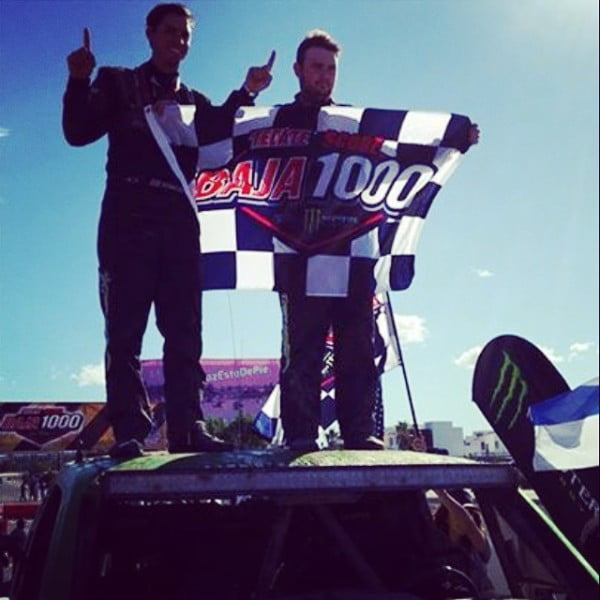 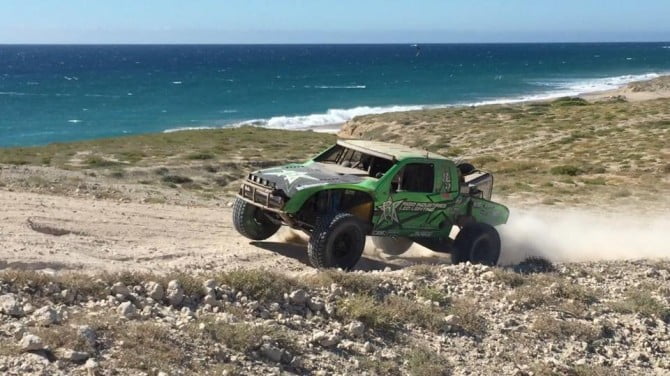 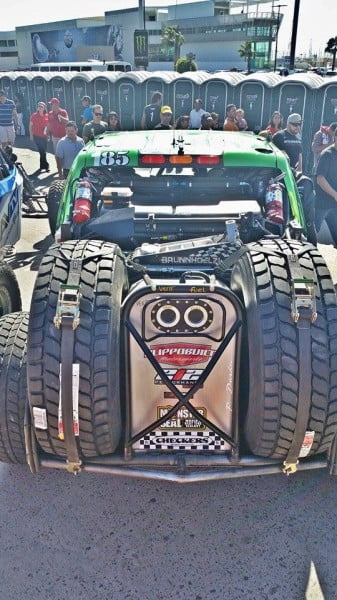 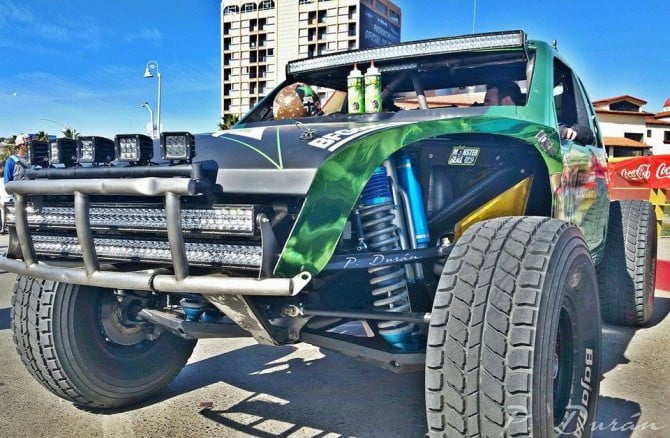