The Rob’s Steal The Show At Bluewater – race-deZert.com 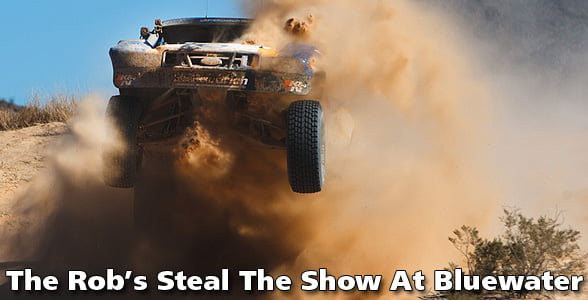 The final day of racing took place today at the 2012 BITD Bluewater Desert Challenge. Robby Gordon once again dominated the racing finishing well ahead of any other four wheel vehicle. After putting a few minutes on second place Ray Griffith, Gordon extended his lead after putting more time on the field. In the Trick Truck class Rob MacCachren got by BJ Baldwin after losing the hole shot off the start and never looked back. After finishing only a few seconds behind the leader on Saturday, MacCachren took the overall win in Trick Truck, followed by Croll and TSCO Racing,

The final BITD race of the year will take place in December at the Henderson 250.