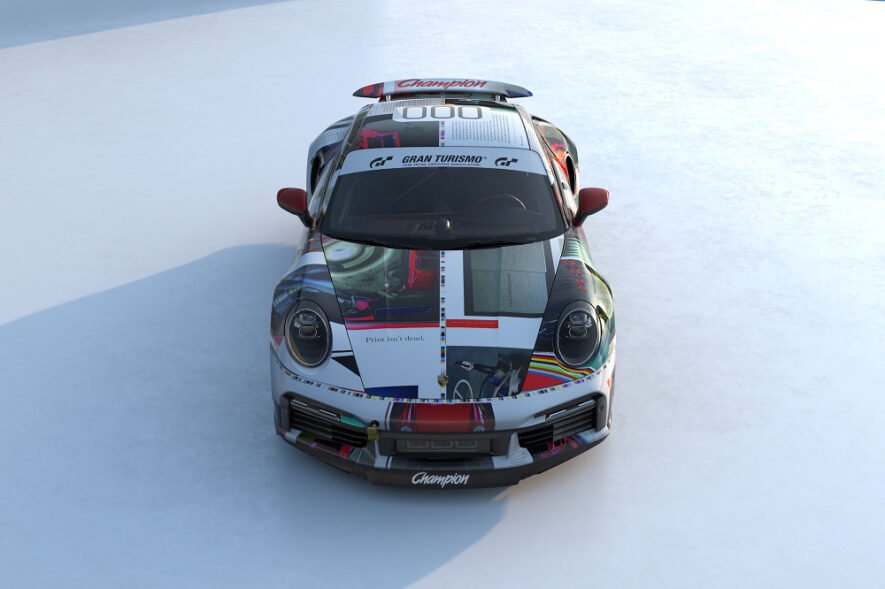 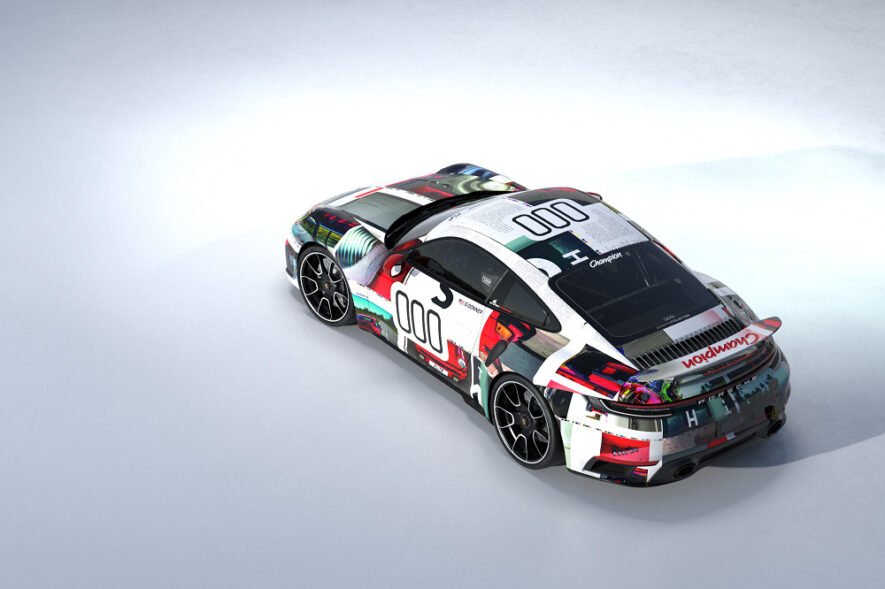 Colorado Springs—When seven-time Pikes Peak winner David Donner joined Porsche collector Jim Edwards and 000 editor Pete Stout for dinner at last year’s Napa Valley 750, a vintage car rally, the conversation quickly turned to the 100th Pikes Peak International Hill Climb. It wasn’t long before the trio hatched a plan that would put Donner into the ideal car for an attempt on the production car record: a 992 Turbo S with the Lightweight Package.

“Jim volunteered a new car and I volunteered to drive,” Donner quipped. “Jim’s ability to see the big picture and how to make things happen, along with a huge dose of optimism, have made this project a lot of fun. I don’t think ‘no’ or ‘can’t be done’ reside in his vocabulary.”

“Pikes Peak is an iconic American event,” Edwards said. “Who wouldn’t want to be part of the 100th running?”

For Stout and 000, it was an opportunity to partner with Donner at Pikes Peak for a second time. Their 2020 effort with a box-stock 911 GT2 RS Clubsport resulted in a Time Attack 1 win and record. “Donner prepared that car for its first race in just three weeks, then drove it to a class win and third overall,” Stout said. “He finished 1.069 second behind the overall winner’s purpose-built open-wheeler…in a 911 race car that was built on an assembly line.”

“Enthusiasts know a fast time on Pikes Peak much like they know a fast lap time on the Nordschleife,” said Stout. “The variables on the 14,115-foot mountain present a unique challenge, as do the risks. With no way to practice the full course, you get one shot every twelve months—if the weather cooperates. When it comes to international intrigue, I’d put Pikes Peak up there with Le Mans, Monaco, and the Isle of Man TT. Now consider the fact that you can still race a street-legal car at Pikes Peak on Sunday and drive it to lunch on Monday, much as you might have with an early 911 in the first golden era of the sports car…”

The 2022 911 Turbo S that Donner will race was custom-ordered through Champion Porsche in Pompano Beach, Florida. It went straight from the showroom to the race shop.

“We partnered with our friends at 000 and David Donner at Pikes Peak in 2020, then took to America’s Mountain ourselves in 2021,” said Mitra Maraj, President of Champion Porsche. “Both programs resulted in first-in-class finishes, so I’m very excited to reunite with 000 and David for the 100th Pikes Peak International Hill Climb by helping them prepare a car for their effort. Our relationship with Pete has developed so much over the years, and it’s always a pleasure show our support whenever we can.” 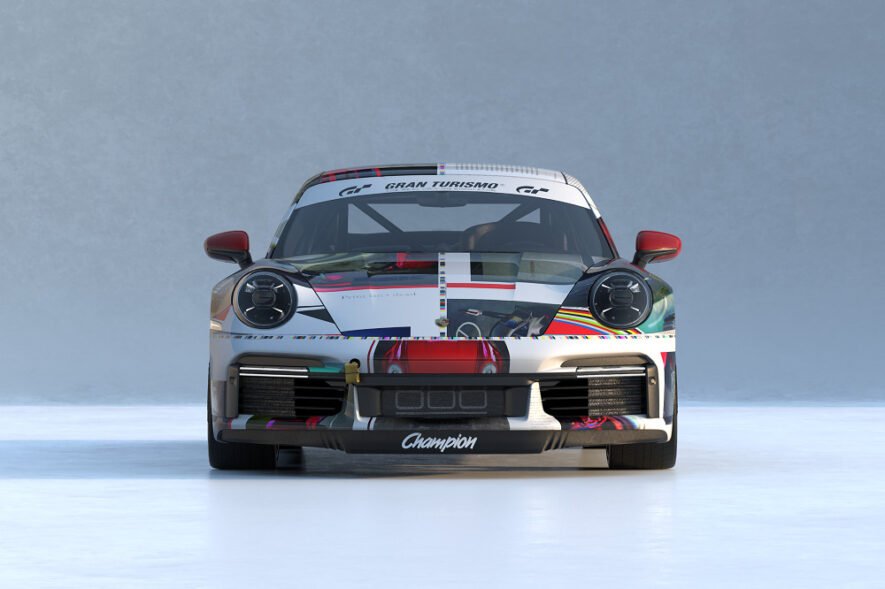 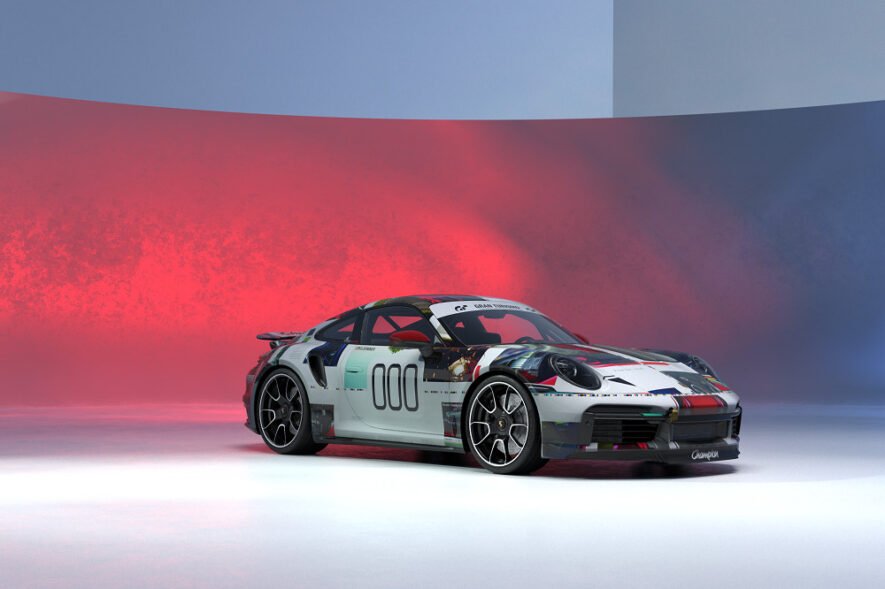 For Stout, that support has special meaning: “When I met Mitra in 2019, I learned his father, Dave Maraj, started out in newspapers and always loved print—so it’s fitting that the theme of 000’s second livery for Pikes Peak is ‘Print isn’t Dead.’ While everyone has held a magazine, few know how they’re made. We wanted to provide a peek into the process. Like most magazines, 000 is printed on 16-page signatures with eight pages per side. Those sheets are then folded and trimmed, which explains the seemingly random page order, proof stripes, and trim markings you see.”

To help the livery make the leap from concept to reality, 000 reached out to regular contributor Glen Cordle to render a 992 Turbo S wrapped in ultra-high-resolution files from Hemlock Printers—providing a three-dimensional blueprint for a wrap painstakingly installed by Kris Lim and the team at Superior Auto Design in Pompano Beach. As for the subject of the article, Porsche’s original 911 Turbo? This, too, seemed fitting.

“Many of us think of the Turbo as a luxurious 911, but the earliest Turbos were fairly light cars that homologated the 934 and 935 for Group 4 and Group 5 racing,” Stout said. “The article you see—written by Richard Meaden, photographed by Andy Morgan, and designed by Justin Page—explored what the first 911 Turbo was like to drive in the context of the 1973 Carrera RS. The Lightweight Package for today’s Turbo S removes 80 pounds, making a fast car even faster: Car and Driver logged 0-30 mph in 0.8 second, 0-60 in 2.1 seconds, and the quarter-mile in 9.9 seconds at 139 mph—but there’s more to 911s than straight-line speed. They’re known for their stability under braking and ability to put the power down out of corners. Tom Pelov and Victor Scanapico at Champion have done a fantastic job preparing this car, and we can’t wait to see what Donner can do with it at Pikes Peak.”

“This year’s entry is quite a bit simpler than our 2021 entry, but it presented its own unique challenges and equally exciting opportunities,” said Pelov, General Manager at Champion Motorsport. “To prepare a car for a veteran driver like David Donner—as well as the team that has gathered around him—isn’t something that we have taken lightly. It has been an honor and a privilege.”

Donner has approached the project with similar intensity. “I’ve always gone to Pikes Peak to win or set a record—the stakes are too high unless you’re there to prove something and can do so professionally,” he said. “My family’s history with Porsche at Pikes Peak stems from my father, Bob Donner, who won three times in Porsche Spyders in 1960, 1961, and 1962. My last three wins here have been with a Porsche, so it would be meaningful to make it four. The connection with 000 began in 2020, and none of the contacts or logistics to put a winning team together would have existed without its involvement. We still have a lot to accomplish in testing, but we’re looking forward to joining a huge grid of technologically advanced race cars and world-class drivers for the 100th.”

As for Edwards, who owns Bob Wollek’s Le Mans-winning 934 and Bob Akin’s “Last 935,” he can’t wait to see his newest 911 on America’s Mountain. “I bought my first Porsche in 1961 and have owned many over the years,” said Edwards, who hasn’t forgotten what matters. “Whether racing or displaying them, it’s always fun to watch wide-eyed kids come up to look at them. They know a Porsche when they see one.”

About 000: Founded in 2016, this collectible quarterly provides Porsche enthusiasts with new insights and unrivaled perspective. Each issue has 260 pages and weighs three pounds. Its name, spoken as “Triple Zero,” is a reference to three-digit Porsche model numerology. 000 is not affiliated with Porsche AG or any of its subsidiaries. For more info, visit 000magazine.com
About Champion: Founded in 1994 by Dave Maraj, a former rally driver from Trinidad, Champion Motors is the largest Porsche dealer in America. Its subsidiaries, Champion Racing and Champion Motorsport, have campaigned Porsches and Audis in North American series as well as Le Mans and returned to motorsport in 2021 with a 911 GT2 RS Clubsport that won at Pikes Peak. For more info, visit championmotorsport.com