Tim and Tom had hardly any problems for eleven stages, but on the final day of the Dakar 2021 they all came together. “We have been through more in these last 200 kilometres than in the whole of Dakar”, Tom sighed.

Twice The Beast was stuck in the sand, twice the throttle got stuck and Tim and Tom had to get out to fix the cable, one time Tom missed a waypoint and had to go back to check it off, and once Tim drove a puncture. “We crammed an entire Dakar in this day of just 200 kilometres,” said Tom. Due to the series of – fortunately not too serious – problems on the last day, the brothers lost a place in the standings, but that didn’t bother them much. They were very satisfied with the 26th place achieved and especially with the way how. 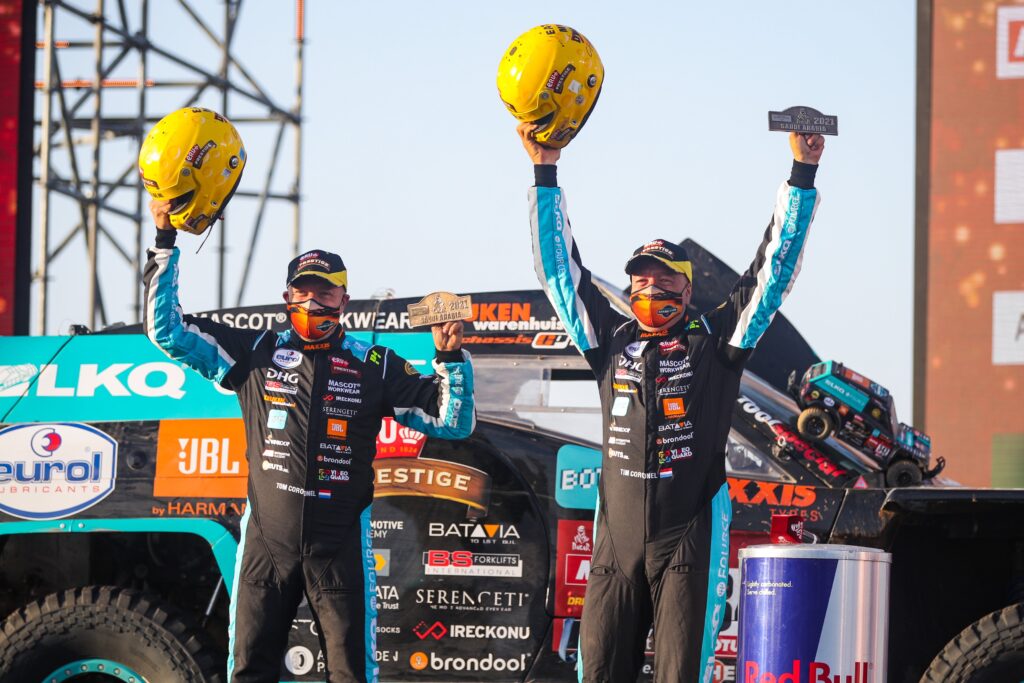 The hassle in the twelfth stage started a kilometre after the start, says Tim. “We chose the wrong track and the rain of the past few days made the dunes so muddy that we immediately got stuck. So we had to dig. After that we could catch up full throttle, until we had to stop because the cable to the pedal was stuck.” That happened again a little later, but that problem could be solved quickly.

At the end of the stage, The Beast got stuck in the sand again. “On a path in between rocks”, says Tim. “Some trucks had already passed through it and they had ruined the sand, which was already heavy due to the rain. We were in the sand to our waist, digging again. Fortunately we were out fairly quickly and were able to go to the finish in one line.” 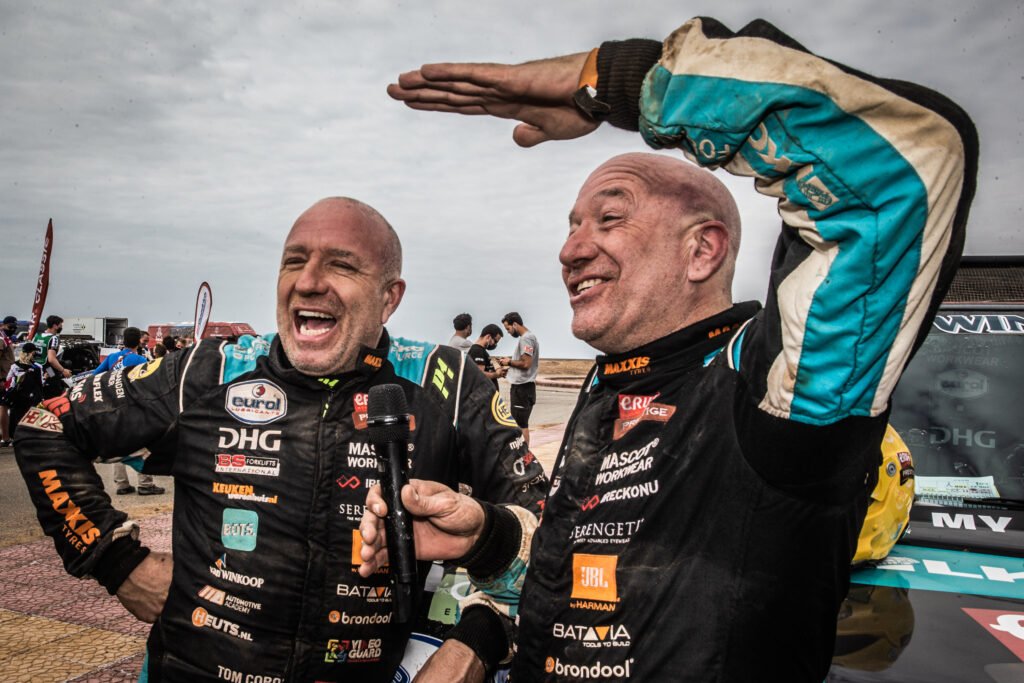 More than an hour behind the top 3, the Coronel brothers crossed the line, relieved. For Tim it was the fifteenth Dakar, for Tom the eighth. “But I have not experienced as little as now in eight Dakars,” he says. “It was a mega-Dakar: difficult, tough, as it should be. But without any technical problems. We had a flat tire twice through our own fault, because we drove too fast over the stones. The Beast has been exemplary. The only thing to criticize is the speed. We can make a maximum of 160, downwind. That should be at least 180 if we really want to compete in this strong field between all those fat cars. We can go along with that, in that field, but our car can’t. So we need to think that over and discuss our options for the future when we get home.” 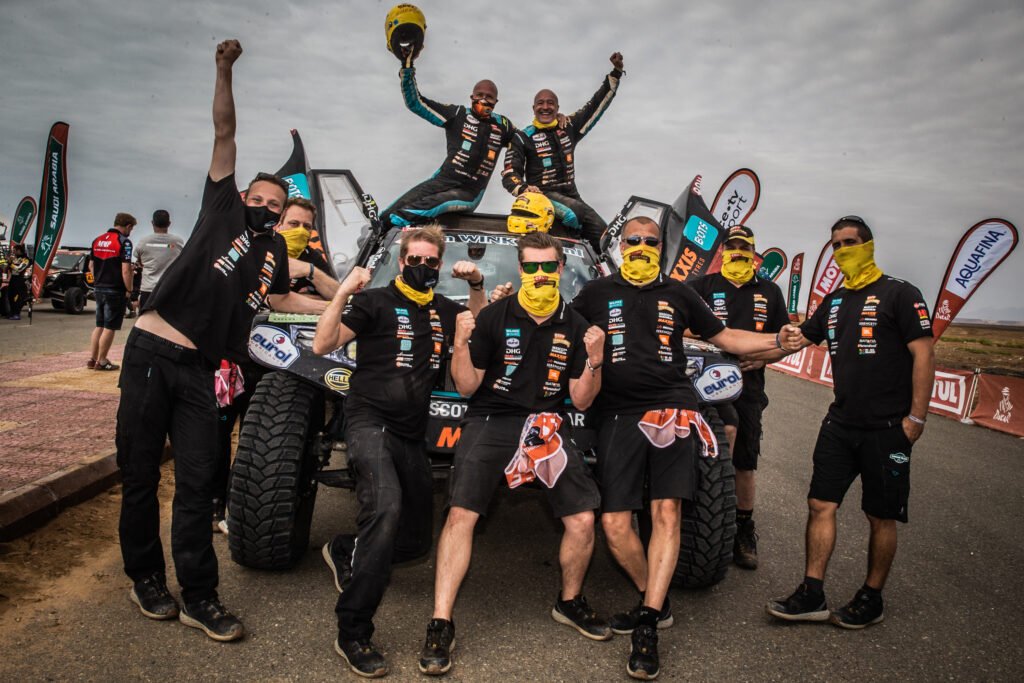