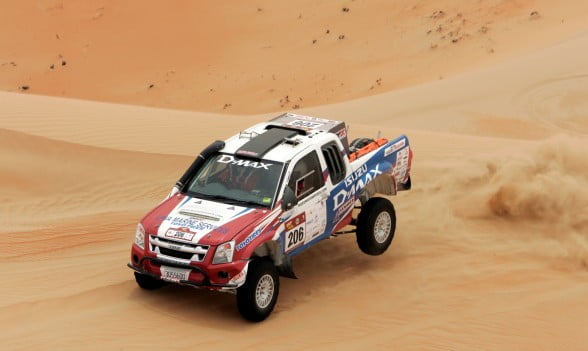 “It’s a sensational result and they did an excellent job,” says Garland, who followed the event by phone and internet because he is still recovering after open-heart surgery last month. 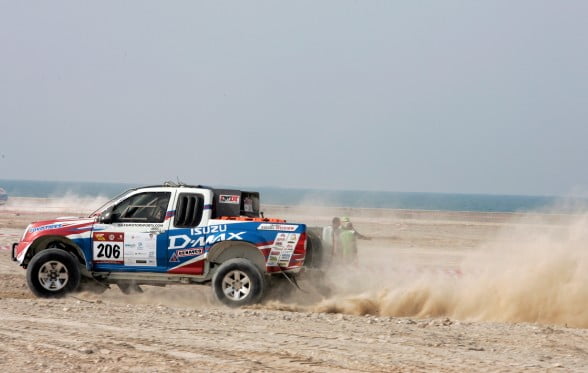 “They had a bit of a setback early in the race but managed to claw their way back from 18th to fourth. Without the early problem, or if the event had been a day longer, I’m sure they could have finished on the podium.

“They were up against some pretty tough competition but Yahya did really well – especially given he’s never before driven a diesel, or a right-hand-drive or a vehicle with a sequential gearbox. It was a tough call but I knew he could do it – and he just loved the power of the Isuzu diesel engine.”

The Challenge, formerly known as the UAE Desert Challenge and now the second round of the 2011 FIA Cross Country Rally World Cup, was run through the Liwa Desert and the Moreeb area of the Empty Quarter, from April 2-7.

The winner of the car class was Stephane Peterhansel and Jean-Paul Cottret in the MINI-All4 with Monster Energy teammates Leonid Novitskiy and Andreas Schulz second in a BMW X3CC and Jean Louis Schlesser and Konstantin Zhiltsov third in a Schlesser V8 buggy.

“Considering all the drivers ahead of me are extremely famous international drivers, it is an even bigger honour. The rally was very difficult, so my experience with UAE desert rallying was a big help.”

Garland had always planned to do this event because Isuzu is starting to have a very strong presence in the region and having the racing ute in action would help the brand. There also has been a high level of interest from Middle East drivers in having Isuzu Motorsports build and manage cars for them in future Dakar rallies.

However, when the veteran driver injured his back in this year’s Dakar Rally, he quickly approached Al Helei, with whom he has been friends for many years and rates extremely highly, to take over the driving duties. The result in the Challenge proves the wisdom of his choice. 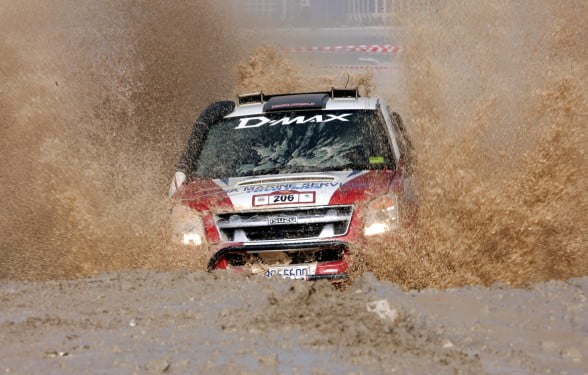 The team will hold a debrief when Suzuki and the technicians return from Abu Dhabi, to decide what’s next on the agenda in terms of events and requests for cars to be built. Garland is not expecting to race again before the Australasian Safari later this year but he is in discussions with a number of drivers who want cars built (and managed) for the Australian outback enduro, and for Dakar 2012.