If wouldn’t be a weekend here in Crandon without a little rain and today was no different. The morning started off cold and windy with Pro qualifying scheduled for 9am and the drivers were able to get all their runs in, however as soon as the last Pro 2 crossed the finish line Mother Nature decided it was time to water the track. 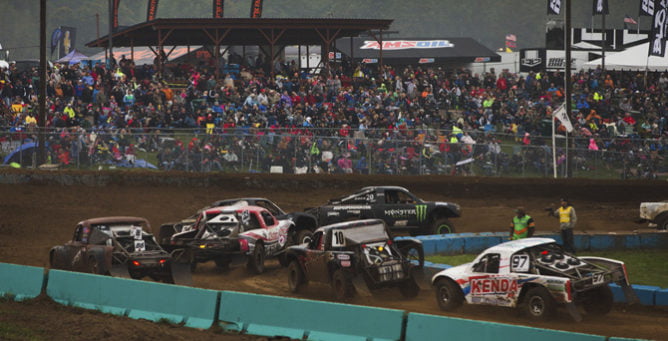 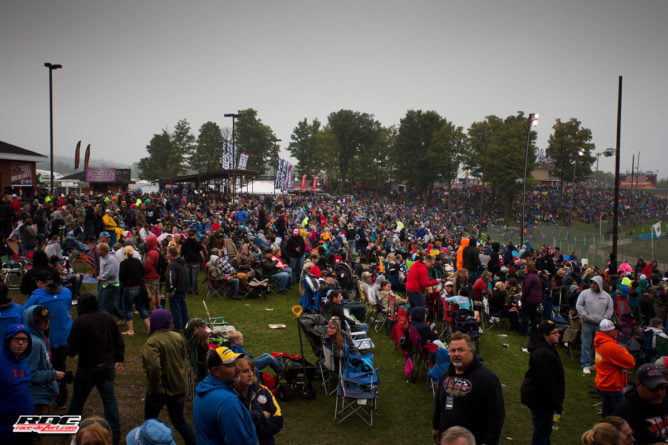 What started out as a light drizzle quickly turned into a heavy downpour soaking the track and delaying any morning sportsman racing. The track crew in Crandon anticipated the rain so the night before packed down the dirt which let most of the rain drain off the track giving the crew a heads tart once the rain stopped. 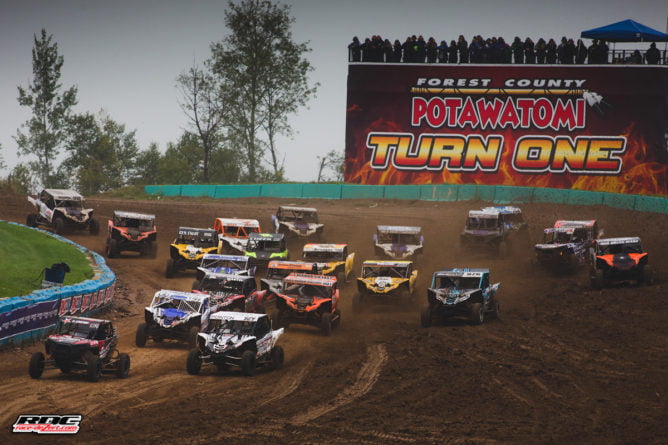 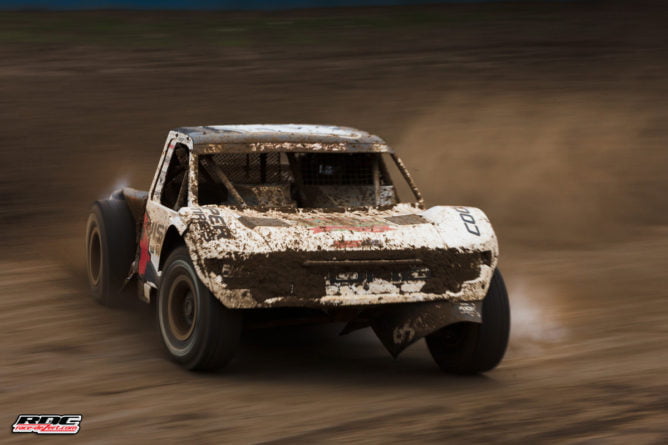 Once the rain stopped the track crew got to work and scrapped off a layer of mud to give the sportsman racers some track to race on. Each race that went on the track got better and better and once the Pro classes started the course was almost back to normal. Your big winner of the day was CJ Greaves who doubled up continuing his dominance in the stock UTV class and all taking a win in Pro 4, passing his father Johnny on the last lap. 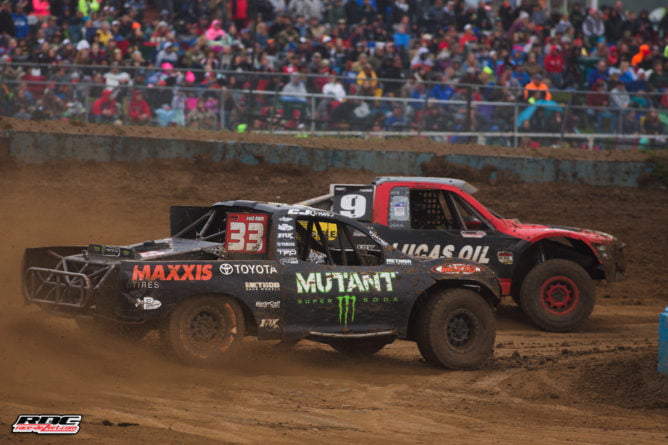 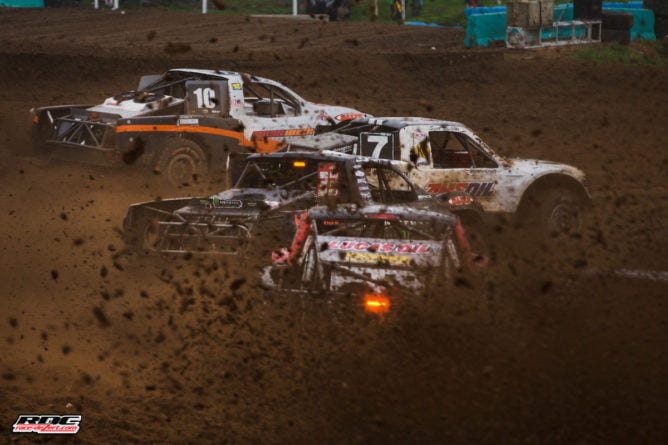 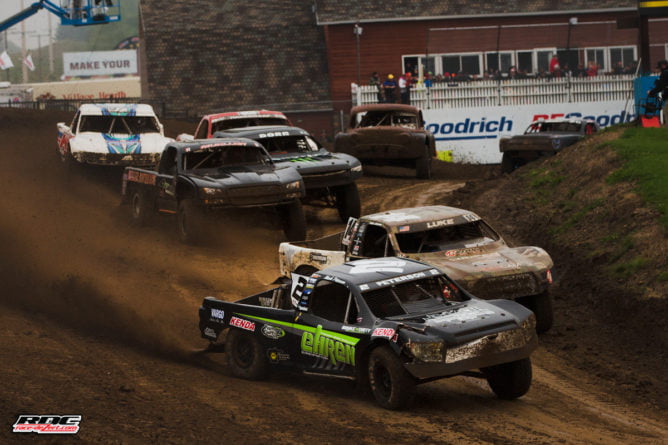 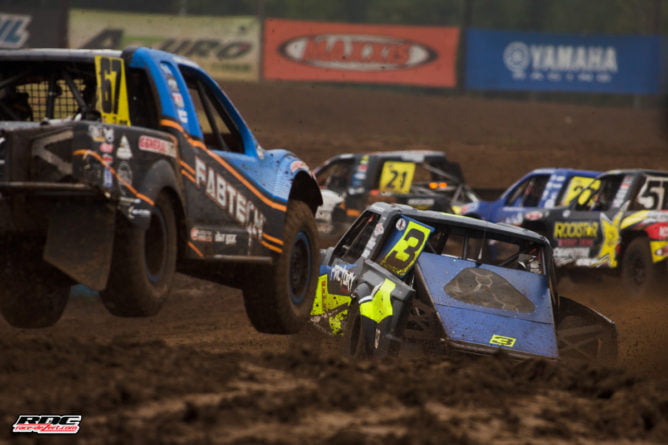 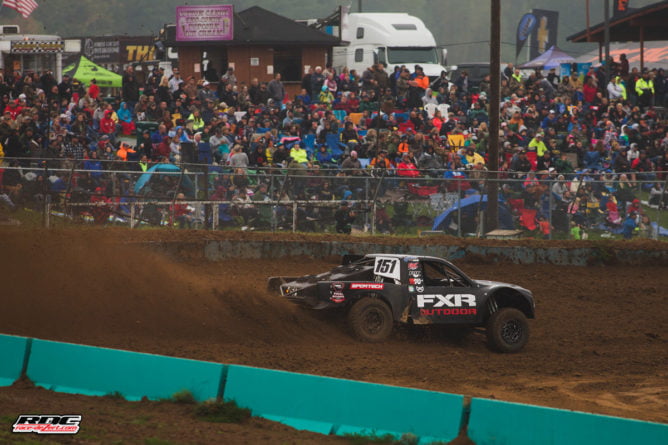 Tomorrow however is the big day where East versus West meet in one place to try and take home the win and be crowned a Crandon World Champion. The gloves are off, points don’t matter. Ego, pride, and a lot of money are whats on the line and in front of 30,000 fans drivers are going to go all out to win. 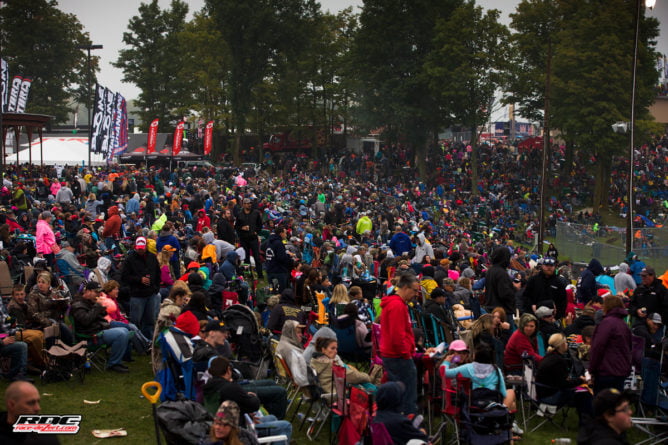 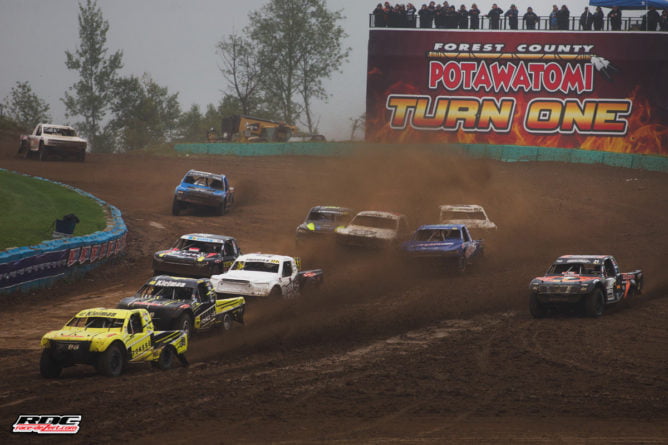 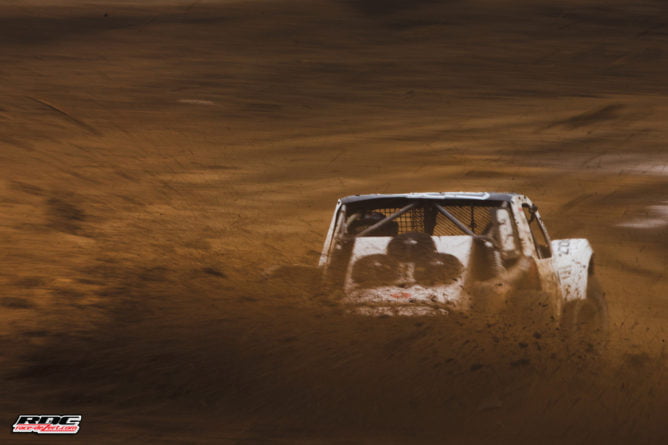