Going into each year in offroad there is always a looming question of what to expect from the season, and the same question held strong for short course. Late last year it was announced the marketing firm The Armory had acquired TORC, so naturally questions arose about what would come of the series with the new owners. From the looks of things the past few months it looks like they’ve lived up to their part of the bargain, bringing in new marketing partners for the series, and also partnering with the Motor Trend YouTube channel to live stream every race this year. With a subscriber base of 2 million TORC is looking to utilize the power of the next generation motorsports viewer through the internet. 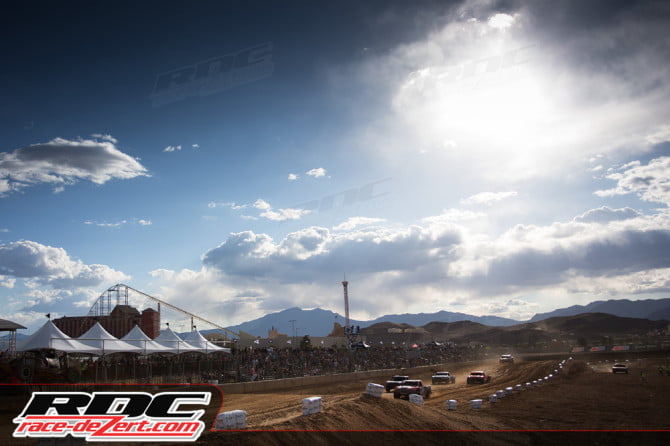 One change that is different this year regarding qualifying is that instead of drawing a number and inverting the top qualifiers, the top three qualifiers from each class go back to the track immediately following their run. They are given one more lap each and how they finish on time with that lap is how they start the race. Fastest qualifier also gets $500 cash for winning the pole. In Prolite CJ Greaves took the top qualifier, in Pro 2 it was Chad Hord, and Pro 4 after crunching is rear bumper on the back table top, Scott Douglas qualified first. 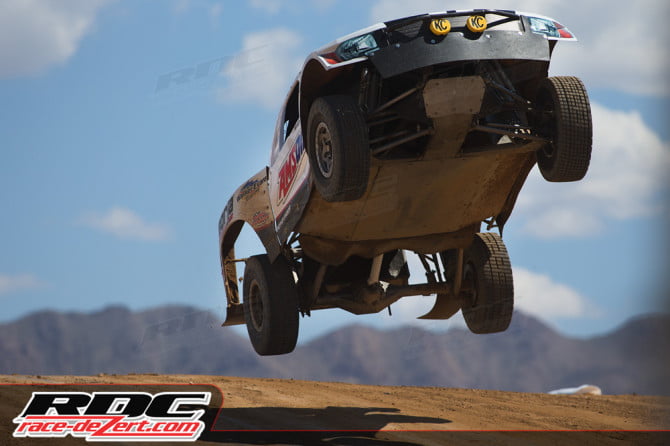 In the Prolite race CJ Greaves took advantage of his front row starting position and never looked back. Driving a flawless race he never gave anyone an opportunity to get by him. Jerrett Brooks, Bradley Morris, Doug Mittag, Brad Lovell and Keegan Kincaid all left it all out on the track but it was never enough. When a Greaves is on their A-Game it’s hard to beat them, and this race was no exception. In the end Greaves took the win followed by Mittag and Brooks. 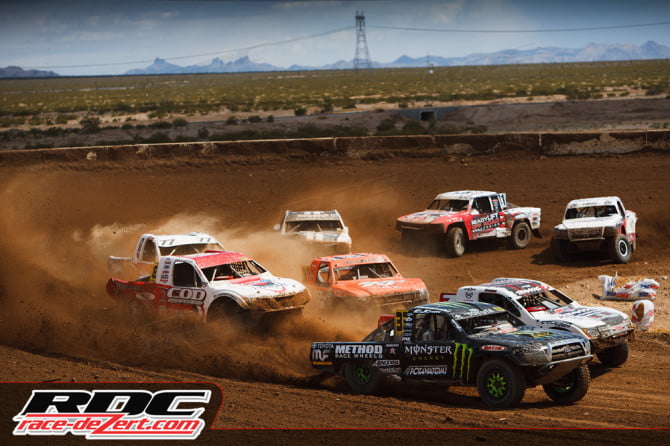 Like CJ in Prolite, Chad Hord started up front and finished there as well. CJ Greaves would drop out early which left Mary Hart, Jeff Seifert and the Jenkins brothers hot on Hord’s tail. After the class bunched back up for the halfway mandatory competition yellow, Arie Luyendyk Jr. went for a wild ride after getting bumped mid air going into the mogul section. After 5 violent snap rolls the truck came to a stop on all fours inside the hotpit area and the course went full red. The safety works were immediately on scene and had to cut out the roof of the truck in order to get Luyendyk out safely onto a back board. Arie was conscious and gave the thumbs up getting loaded into the ambulance, and word from his team later in the day was that he suffered a broken clavicle and should be back racing soon. 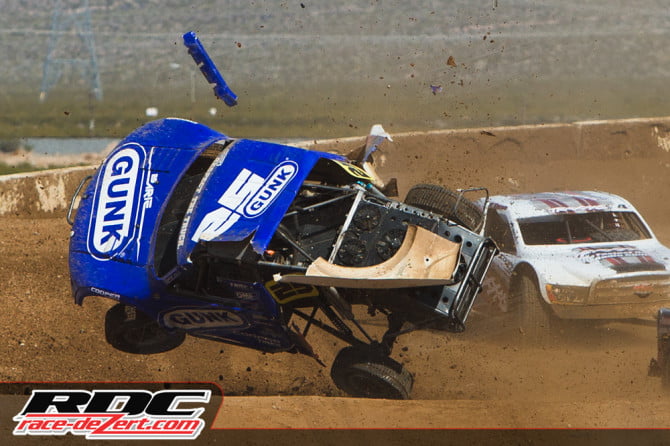 After the restart Hord continued his dominance with Hart hot on his tail pressuring him at each corner but just didn’t have enough for the top qualifier. 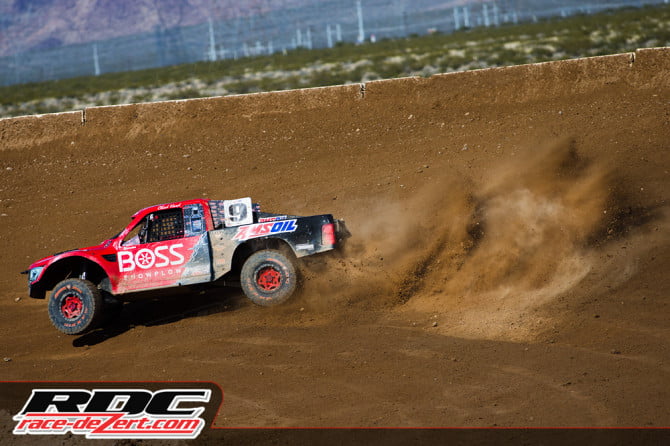 The final race of the day was Pro 4. Like in Prolite and Pro 2 it looked as though the top qualifier, Scott Douglas would take the win but mechanical demons would say otherwise. Off the start Johnny Greaves would tip his truck over in turn two causing a restart in which he had to start from the back. In Johnny Greaves style he would work his way back through the pack and be hot on Douglas’s tail in only a few laps. Douglas would hold on the top spot with a comfortable lead but with a few laps to go was forced to pull off giving Greaves the lead followed by Cenni. On the last lap Greaves and Cenni went into the second to last turn side by side and Cenni squeezed by after it looked like Greaves had a motor slowly letting go. Cenni would cross the finish line first with Greaves holding on to second followed by Mike Jenkins. 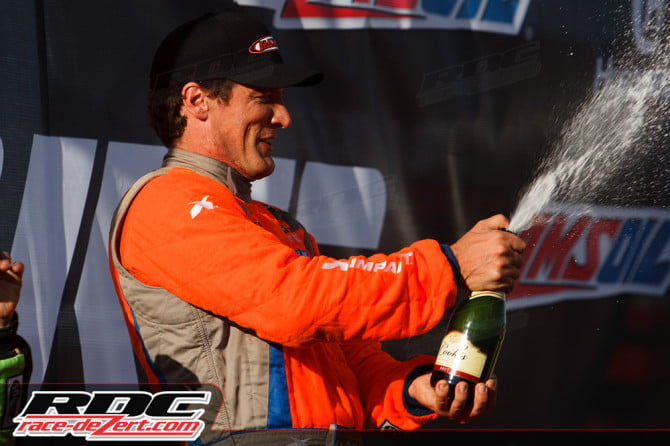 Tomorrow Round 2 kicks off at 2pm and you’ll be able to see the live stream right here on RDC. Check out our full photo gallery below and another race recap tomorrow!