Porto-Vecchio, October 8th 2018
All there is to know about the 2018 edition that will begin with technical and administrative information in Porto-Vecchio on Monday, October 8.

First of all, let’s point out the fact that there will be a mindblowing line up comprising 202 crews, 155 of which engaged in VHRS and 87 of them in VHC, and a parc fermé full of incredible machines. About a third of them will be Porsches, there is also a wide array of Ford Escort Mk1 and Mk2, but let’s not forget other exceptional cars such as : LANCIA STRATOS, FORD SIERRA COSWORTH, RENAULT R5 TURBO CEVENNES, ALPINE A110, LOTUS ELAN 26R, ABARTH 13, LANCIA BETA MONTE CARLO, RENAULT 12 GORDINI, ALFA ROMEO GIULIA GT BERTONE, FIAT  124 ABARTH RALLY, LANCIA DELTA HF… Among theses racing beasts, we will also find some surprising Morris Coopers ans VW Cox 1303S, which tends to prove the open-mindedness of the race. 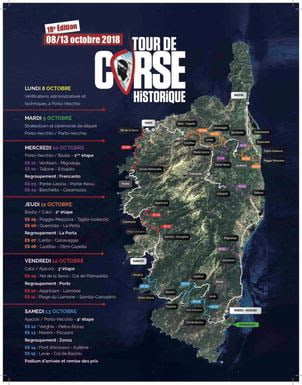 Didier Auriol will celebrate the 30th anniversary of his first World Rally Championship victory through his engagement in this latest edition of the Tour de Corse Historique at the wheel of an amazing 1988 Ford Sierra Cosworth. The six times Tour de Corse winner and 1994 World Champion, also knwon as « Le Lutin Cévenol » (The imp from Cévennes), will venture into the race with Denis Giraudet who is the previous Tour de Corse Historique winning co-pilot.

The emblematic Simon Edmond (VHC – will start the race with number 80 to pay hommage to his 80th birthday) is one of those men who spent their whole life inside the world of rally. Through his structure Simon Racing that he founded in 1996, he set up and engaged the cars of many big names in the business. In 1967, he started working with rookie Jean Ragnotti and their association would enable them to acquire a serious reputation. Then lets’s mention the fact that his team was behind Didier Auriol as well as Alain Oreille who won his 1989 and 1990 World Champion titles with Mr. Simon !

There will be no frontier during this Tour de Corse Historique : Martin Sucari (VHRS) comes straight from Argentina to discover the race, and let’s insist on the fact that he will come with no lesser car : a 1984 Peugeot 205 T16, chassis C17 which was driven in WRC by Vatanen and Reutemann ! Therefore, one of the most mythical cars in rally history wich be engaged in the 018 Tour de Corse Historique !

Some significant drivers who are engaged in the 2018 Tour de Corse Historique :

·      Didier Calmels, founder of a Formula 1 team with Gérard Larrousse. 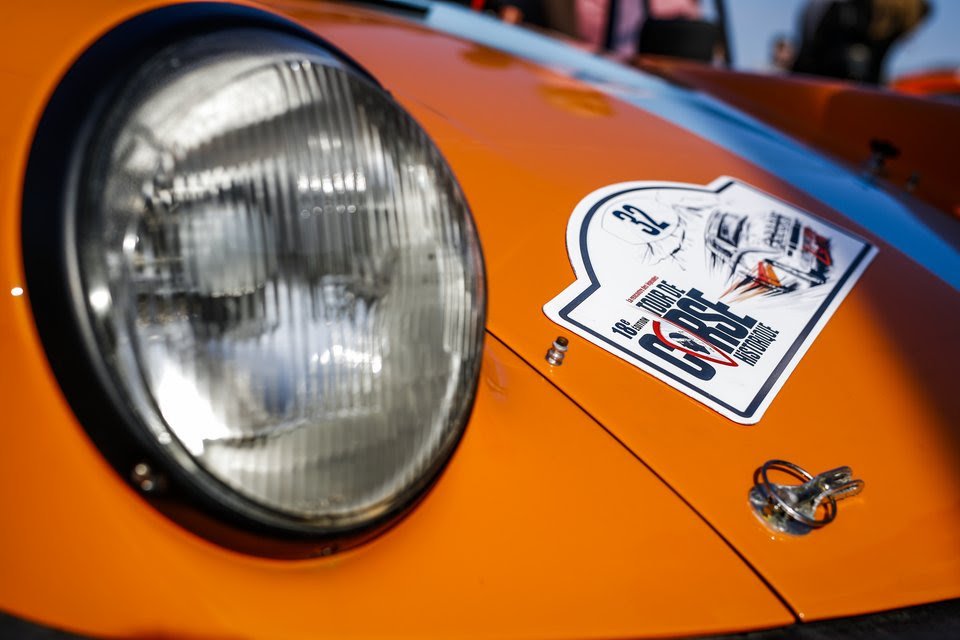 On the agenda of the 18th Tour de Corse Historique

Though capitalizing on a successful format that comprises 4 days’ racing and 300km of timed special stages, the 18th Tour de Corse Historique will offer a path which is 80% new with 10 special stages that are entirely new or have not been used for a long time.

Notre Dame de la Serra will be longer than ever with 55km next to the sea. The pleasure of driving and discovery will be at its best.

The new host cities will be Bastia and its mythical Saint Nicolas place, as well as Calviwich will offer a parc fermé at the bottom of the citadel. Gatherings will take place at Francardo, La Porta, the unavoidable Porto and its gulf which is a UNESCO world heritage site, and as a last point, the town of Quenza.

On the agenda of this 18th Tour de Corse Historique :

VHRS (Véhicule Historique de Régularité Sportive – Historic Sports Regularity Vehicle) : The main criteria of performance is regularity, the competitors have to match an average speed which is set by the organisers before the stage. There are three different categories : high, middle and low speed. 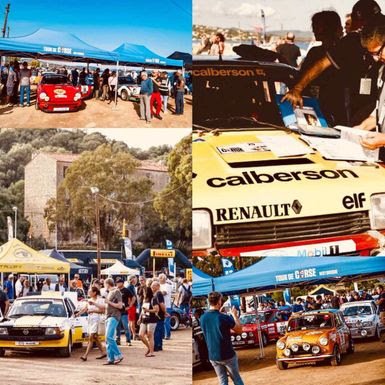