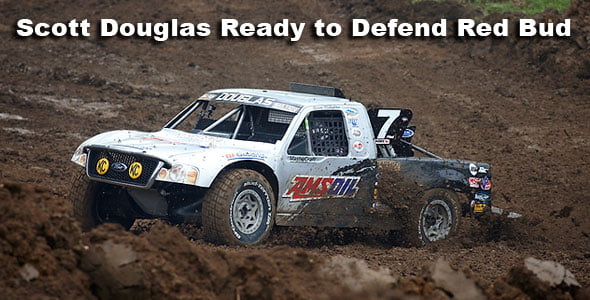 Last year’s RedBud MX PRO 4 winner Scott Douglas (AMSOIL/Borla Exhaust/BF Goodrich) almost didn’t make it to the top rung of the Traxxas TORC Series, presented by AMSOIL, podium at RedBud. In fact, none of the PRO 4 class drivers did. With torrential rains and abhorrent track conditions the first time race at Michigan’s legendary MX facility was thisclose to being called off.

But Douglas saw something that day that led him to the forefront of helping change all the TORC drivers’ minds on whether they’d race or not.

“We weren’t going to race. The conditions were awful. It was as simple as that,” recalled Douglas. “But once we saw the fans showing up in the thousands – and despite the weather – we felt we had to put on a show for them.” 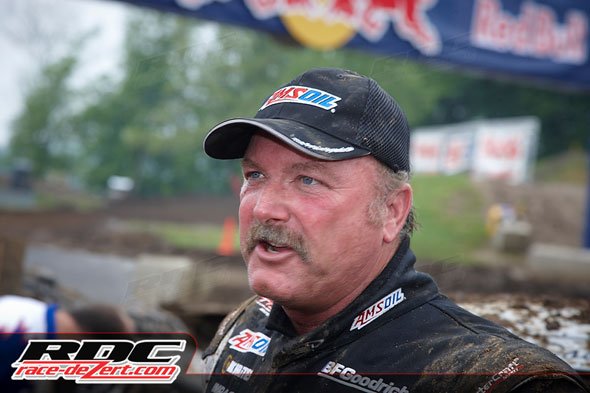 Douglas admitted he didn’t quite know how good of a show it was going to be (though it actually ended up being great race). But for the RedBud MX faithful, including the curious AMA MX Nationals fans that make up a portion of the 35,000 that pack the facility every Fourth of July weekend, the show was unreal. And Douglas is as much to thank for the TORC race at RedBud actually coming off, finishing up quite literally as tornado sirens in the distance began to wail.

Sunday’s PRO 4 main at RedBud would be Douglas’ lone win of the 2011 Traxxas TORC season, as well earning the Oakley Bomb Award for the day’s fastest PRO 4 lap. The California native flat out dominated, topping eventual 2011 TORC PRO 4 champ Ricky Johnson and longtime rival Johnny Greaves, which no doubt endeared Douglas to the RedBud faithful. But it was his thorough trashing of an innocuous infield culvert jump at RedBud that will no doubt raise Douglas Motorsport merchandise sales at RedBud this year, as well as making him the ‘Watch that AMSOIL truck’ guy for the returning fans remembering his mastery of that lone jump.

“Yeah, I’d have to say that culver jump was one of the big keys for us,” said Douglas. “Nobody flew it like we did.”

‘Flew it’ being a bit of an understatement here … Berzerked it being more to-the-point accurate.

“We’d walked the track earlier in the morning and I decided on the area where we could clear the hole that would develop at the point where everyone was landing,” said Douglas. “I paid dearly a couple times when I missed my mark, but most of the time we flew well beyond the hole.”

The legions of RedBud ‘Big Air’ fans went nuts every time Douglas lined up his AMSOIL/Borla Exhaust/BF Goodrich truck off the jump – and pinned it, just like a pro dirt bike leap of faith on RedBud’s legendary LaRocco’s Leap. The entire PRO 4 field – RJ, Johnny Greaves, the Jenkins’, Steve Barlow and even Wildman Adrian Cenni – weren’t risking the same line as Douglas was. And it was because of that Douglas was able to take the lead and hold off a charging Johnson and Mark Jenkins to secure the win.

“It was a bit of a risky move, but it gave us a huge advantage,” said Douglas. “Yeah, it was a bit spooky. We ended up bending both front A-arms. Truck looked like it had been through a war when we were done!”

And while Douglas parlayed his advantage on RedBud’s culvert jump into a lead on that day, he also had to master the undulating terrain, a massive step up jump and off-camber downhill sweeper in the back portion of RedBud’s famed MX track, something he was pumped on being able to handle as well. 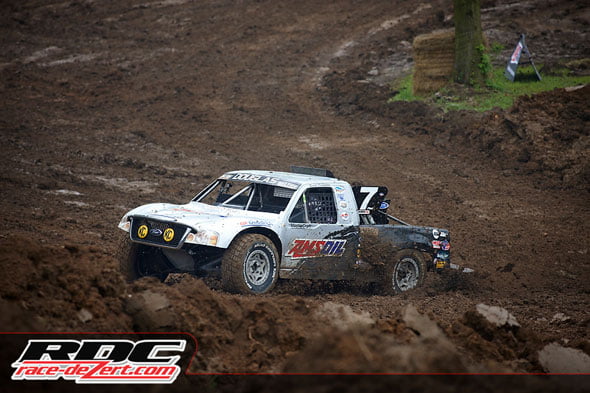 “Being RedBud was a new facility last year, we felt this would be to our advantage,” explained Douglas. “We changed our setup before heading there, adjusted our Fox Shocks for natural terrain where we felt the conditions would be changing constantly.”

Douglas’ gamble paid off. But it would be his “smart” driving that he felt earned him the win that Sunday in southwestern Michigan.

“The plan was to get to the lead as early as we could and sling as much mud at 2nd place as possible,” said Douglas laughing. “And when the rains hit it became a crap shoot … but we had the right setup and I just tried to drive as smart a race as possible.”

Douglas has opened the 2012 Traxxas TORC Series season on a high note with two podium finishes from Charlotte heading into rounds three and four at RedBud. And though he won’t get a chance to test at the MX facility, he’s confident that what he learned last year – and the approach the Douglas Motorsports team took to racing RedBud – will give him an advantage here later this month when TORC returns to the legendary MX track.

“Charlotte went real well for us and we’re really happy with our two podiums,” said Douglas. “For RedBud we’ll be testing up at Crandon, with the plan being having options for RedBud. I know what my comfort level is and we’ll have the settings dialed so that we’re ready to defend our title at RedBud May 26th and 27th.”