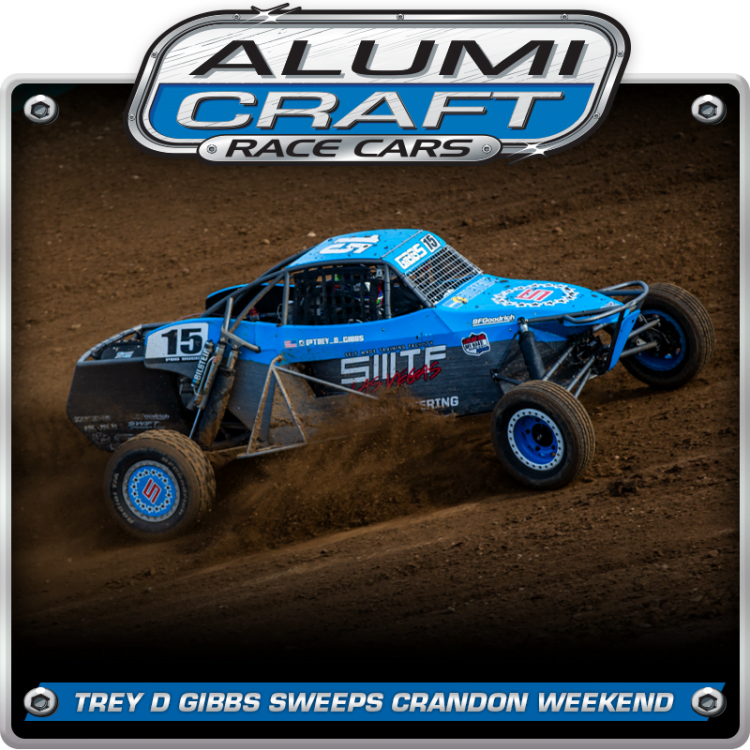 Off-Road Racer Trey D Gibbs went to Crandon International Raceway for the 2019 Brush Run and came home with two 1st place victories sweeping the weekend in an Alumi Craft Pro Buggy. These race wins mark a monumental milestone for the young up and coming short course off-road racer. “I’m super pumped with the way the Lucas Oil Midwest Short Course League (LOMSCL) started in Crandon Wisconsin,” declared Gibbs. “We were able to leave the weekend with a podium sweep and the points lead.” Trey is committing to the remaining races in the 2019 LOMSCL four-event series. The Midwest Short Course League opened at Crandon with the Brush Run and will culminate at Crandon for the long-awaited 50th annual Off-Road World Championship taking place on Labor Day weekend. Additionally, Gibbs is devoted to racing the #15 Self Made Training Center Alumi Craft in the Lucas Oil Off Road Racing Series where he is currently ranked 5th in the Pro Buggy division with two podium finishes.

Gibbs is looking forward to hauling out the Alumi Craft back to Crandon Wisconsin at the end of summer. Trey holds an impressive track record at Crandon by winning the 2018 STEEL-IT Pro Buggy World Championship, his first victory in his Alumi Craft and his first pro career win. Previously, Gibbs swept the weekend races in 2017 as a Mod Kart racer before he graduated to the pro ranks. With Crandon always being a high profile race on the calendar, it may be nerve-racking for some competitors. The Land rush start is unique. The sweeping quick Turn 1 is frankly intimidating. The wide open high-speed track is like nothing else, and all the racers want the win more than anything. If there is any advantage to be had, it is confidence. Trey Gibbs holds an advantage with his remarkable Crandon race record as well as a performance advantage running with Alumi Craft Race Cars. 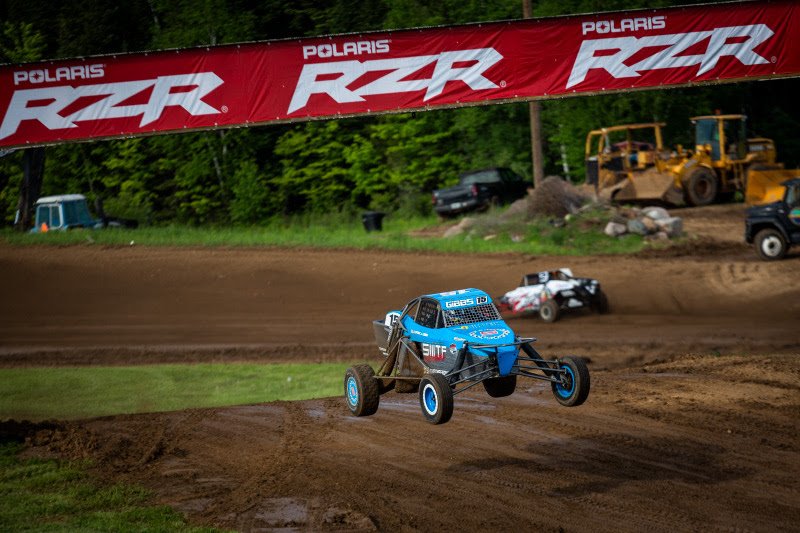 Both of these elements paid off for Gibbs from the get-go of Day 1 – Saturday. Incidentally, a midwest rainstorm charged through the area and race official canceled Friday’s practice and qualifying on Saturday morning. Racers lined up for the land rush start with random gate picks, and all were equally blind on car setup. Trey, relying solely on his prior track experience and total confidence in the Alumi Craft race car, took off on the green flag and charged down towards Turn 1. Pulling away from the rest of the field by multiple car lengths, Gibbs entered the track with the holeshot, and checked out from there; Trey ran a flawless race from the start to the checkered flag. For Day 2 – Sunday, Michael Meister, the 2018 Midwest Short Course League Super Buggy Champion, and rival Alumi Craft racer, got the holeshot out of the gate with Gibbs chasing from behind in 2nd position. 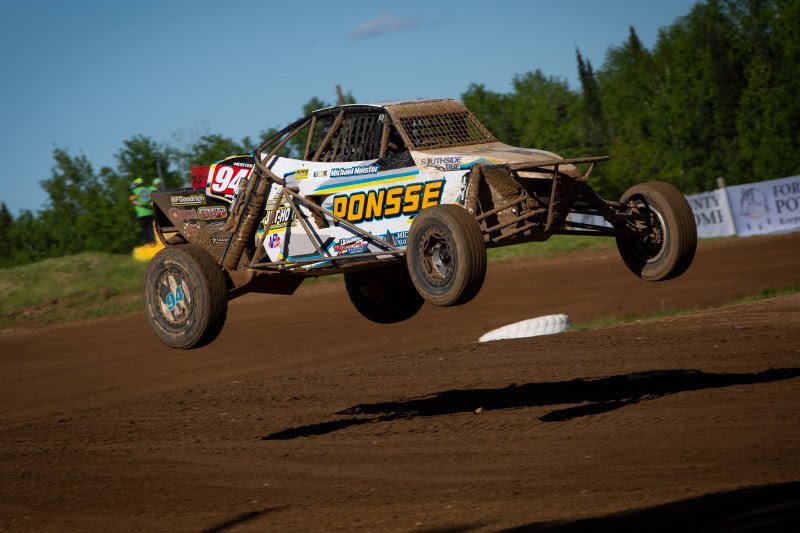 Unfortunately for Meister, he slipped up and spun out on the first lap. Michael quickly recovered but not before Trey got by. The two Alumi Craft racers put on a great battle for the remaining laps entertaining the crowds of fans packed into Crandon Raceway. Gibbs put it down and was able to pull off the win for Sunday.

These two 2019 Brush Run victories mark Trey’s second, and third pro career wins in Pro Buggy. “Aiming for more wins and another big victory is the plan,” stated Gibbs. “We will be coming back for the 50th Annual Crandon World Cup Championship as well as the remaining events in the 2019 Lucas Oil Midwest Short Course League and can’t be more pumped to run for a Championship.” Alumi Craft Race Cars provide racers with consistent performance and reliability. When the big win is on the line, Alumi Craft Racers stand out with daring confidence which often result in big finishes, big trophies, and big oversized checks. If you are looking for an off-road racing confidence booster, get in touch with Alumi Craft Race Cars for an expert consultation on what is needed to win races. Give Alumi Craft a call at 619-596-9841 or go to: http://alumicraft.info/ to find out more about our race products and services.