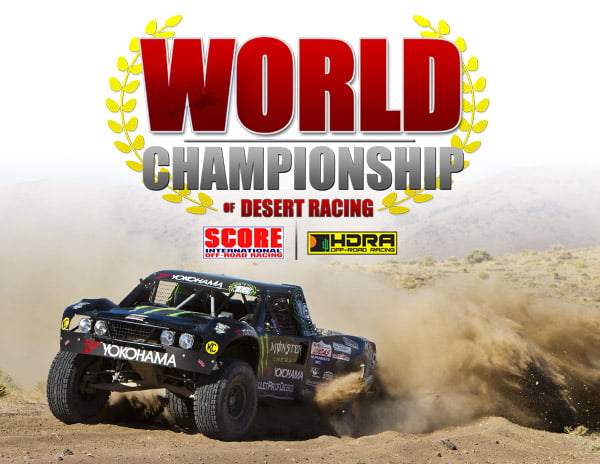 “We are anxious to compete with our Red Bull Trophy Truck in an International series for a World Championship,” said 44 year racing veteran Gustavo Vildosola, “We are about to enter a new era. Roger Norman has experienced racing as a driver and a promoter. It gives him a totally different point of view. He has some great ideas that I think will revolutionize the sport. We look forward to competing in the World Championship series.” 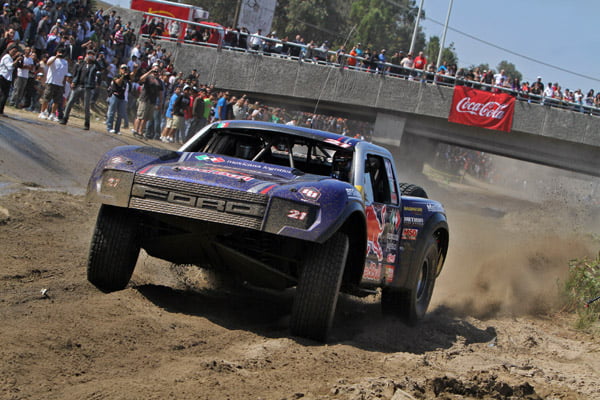 SCORE, HDRA and the World Championship of Desert Racing will have unprecedented media coverage including live internet streaming and one hour episodes televised on major sports networks nationwide. Handling commentary for the World Championship series is a man who knows what it means to be a champion. Ivan Stewart will be sharing his perspective and vast knowledge of racing, which includes 82 victories and 10 driver’s championships during each broadcast. “I feel honored to be involved in such a big step in our future,” Said Ivan Stewart, “Change is good. There is a lot of potential to expand offroad racing. Roger is implementing many ideas that will be positive for the sport.” 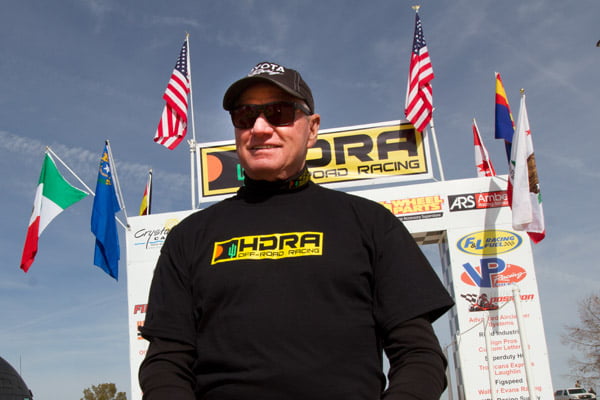 SCORE Trophy Truck racer Cameron Steele will also be competing for the World Championship title in his Monster Energy, Yokohama #16. “We are getting the truck ready for the Southpoint Vegas 250 as we speak,” said Cameron, “I’m very optimistic about the World Championship series. The media exposure is just what a team like ours needs; our race program relies on sponsorship dollars to run.”

Monster Energy Drink was anxious to take advantage of the increased exposure the series will give. “The minute the word went out, Monster was on the phone,” said BJ Baldwin, “I’m excited about the new races and new challenges. We will be able to run for the HDRA championship, another SCORE championship and the World Championship title too.” 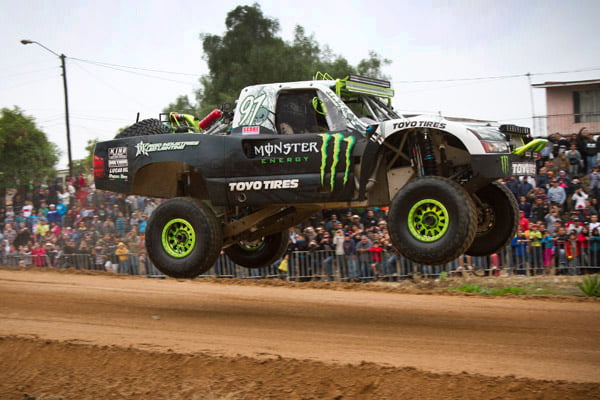 “For a new, independent team like ours, running the entire World Championship series gives us incredible media exposure for the sponsors we have and is a great incentive for new sponsors to come on board,” says Kevin Davis of Green Army Motorsports, “The series gives us maximum exposure in print, internet and on television. Justin Davis and Kyle LeDuc will be driving our Jimco Trophy Truck this season. We have some things to learn but the team has lots of racing experience. The World Championship series will be a good test to see where we stand against the best.” Kyle LeDuc was equally excited about running the series. “I couldn’t be any happier racing a Trophy Truck with Justin Davis in 2013,” said Kyle LeDuc, “I grew up watching my Dad racing in HDRA. The competition this series will bring to the desert is unmatched.” 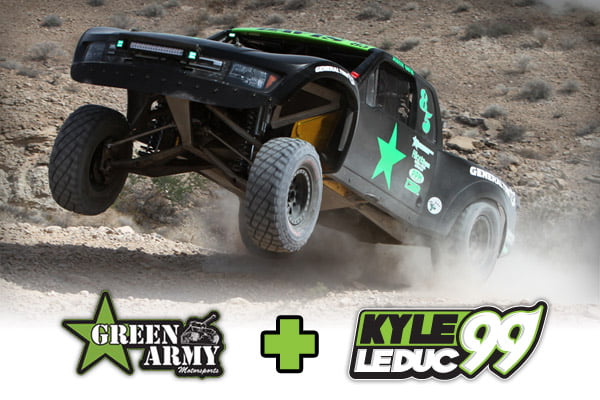 The series will be supportive of every class of racers, not just the Trophy Trucks. “We will be reviewing all rules that deal with safety, Class structure, protest procedures and how we determine the winners,” said Roger Norman, “We will be making several changes with safety in mind. Official results will be determined promptly and all decisions will be final. The rules for lodging a protest are clear and will be followed to the letter. Once trophies are awarded, the results will stand. If evidence of rule infractions surface after the event, steps will be taken to penalize the offenders at the next race.” The playing field will be level for every team and the television coverage will show a wide range of classes competing. You can see samples of the coverage at http://hdrarace.com/livefeed/ Don’t forget the World Championship of Desert Racing for the bikes too. The World Championship title is earned by racing all three SCORE Desert Series events and the National Hare and Hound held July 12-14 during the Reno 500. 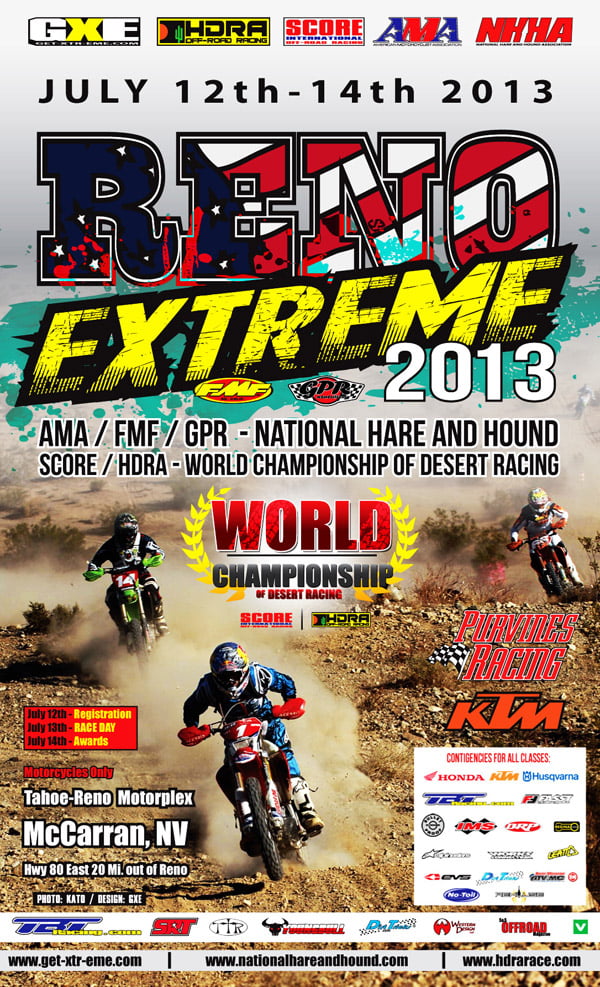 It all begins at the HDRA, South Point Vegas 250 January 11-13. Make plans to join us in Las Vegas on Jan. 11-13. Driver registration is open for the South Point Vegas 250. Drivers who get their entries in early can take advantage of 2012 entry fees. Entries for the 250-mile event have a choice of two different payment options.

OPTION 1
Entries submitted and paid in full by 5 pm on Monday, December 31, 2012 will pay our current 2012 entry fees. Racers selecting this option will have their starting position in class determined by blind draw from this group of entries.

OPTION 2
Entries submitted after the December 31 deadline and paid in full by 5 pm on Friday, January 4, 2013 will pay 2013 entry fees. Racers selecting this option will have their starting position in class determined by blind draw from this second group of entries.
The Option 2 group will start behind those that entered in Option 1.

IMPORTANT
All entries and payments received after the Friday, January 5, 2013 deadline will be charged a $50 late fee. Starting position in class for this group will be determined by blind draw and the group will start behind the Option 2 group. For the latest updates, race results, membership in HDRA and much more visit us at www.hdrarace.com