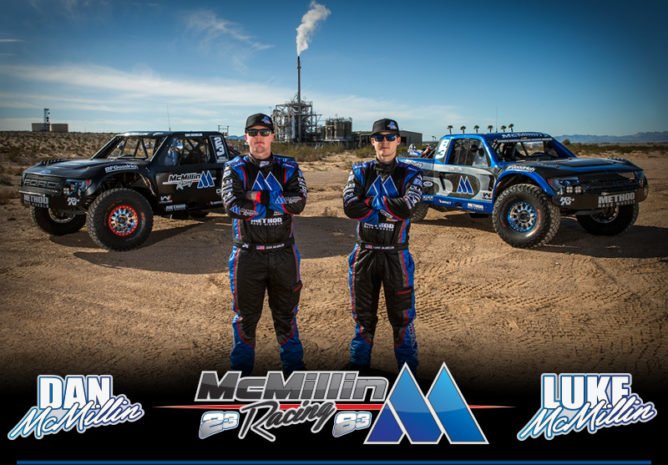 McMillin Racing spent countless hours in anticipation of the 50th anniversary SCORE Baja 1000. They collaborated with Safecraft Safety Equipment, and CLP Motorsports to pool logistics, and to come up with a strategy for race day. Trucks were prepared, and chase teams were assembled, supplied, and briefed. Prerunning provided the drivers, and their navigators, with detailed knowledge of the course. After qualifying in Las Vegas, they had everything in place. Despite the expertise of the team, and all the groundwork that took place, everyone knew that the best plan ever conceived could go right out the window the minute the green flag dropped. There were countless scenarios imagined, but nobody could have foreseen the twists and turns the team would actually experience on race day; and it had nothing to do with the course. 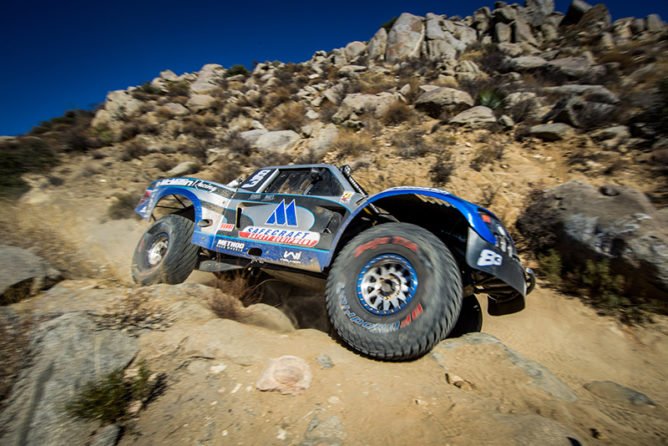 “We had a great race going in the #83 truck, the first few hundred miles were easy,” says Luke McMillin, “We were just cruising down the peninsula making sure we didn’t have any issues. We made our way up to third truck on the road by about mile 300 and followed Andy and Rob. The race was a sprint race. At mile 350, we were all within miles of each other; Rob, Andy, Menzies, Lopez, and us, it was crazy. We had no issues and around mile 550 we passed both Andy and Rob who had blown motors. I did not realize we were first truck on the road until I got to my pit, and the drivers change at mile 580. When I got out of the truck, I noticed how excited Larry Roeseler was to get behind the wheel with the lead; it was the highlight of my race. We gave him the truck with a 4 minute gap to second. By mile 900, Larry was increasing the gap to over an 11 minute lead. That’s when it all went sideways. At mile 915, the shock eye came unscrewed on one of our coilover shocks. It was absolutely heart breaking. Larry limped the truck to the next town and we got it into a local mechanics shop. They put it on the lift, and changed the shock out. After fixing the shock, he continued the flawless run we were having to the finish. It was a huge bummer for us because we had the win in our sights, but had to settle for 7th place. The truck had a meticulous prep on it; it was just bad luck that lost us the race. We didn’t get the win we wanted but we made a strong statement and we’re anxious to get back out there next season. We proved that our team has what it takes to win, and are more determined than ever to make it happen.” 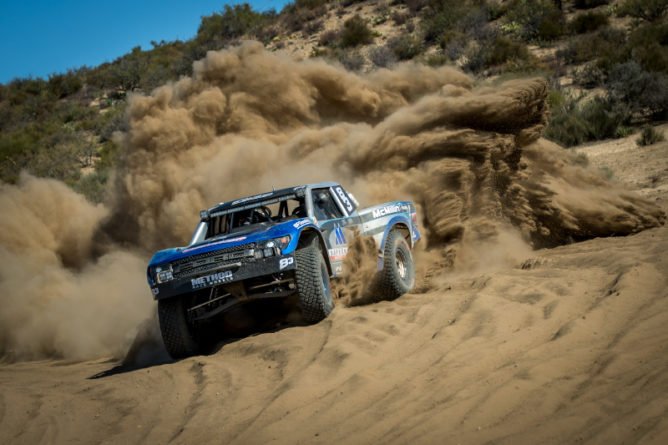 Dan McMillin had his own plan for the #23 truck. He and Josh Burrows would drive from the start to race mile 580. Then Gary Weyhrich and Jason Duncan would go from 580 to the Finish. “We started 16th off the line and had a good first 50 miles,” said Dan McMillin, “Then we hit a large rock and got a flat to our right front tire. Two trucks got by us, but we got them back; along with a few others. From that point on, we had a clean run with no issues. We hit all of our lines perfectly. We had to sit in the dust of Billy Wilson for about 200 miles until we got around him. All the prerunning paid off when we passed him on a great line we found at mile 565 or so. Right after that, I smacked into a large cactus that sent bits and pieces into the cab. It got Josh and I really bad, but we toughed it out all the way to the driver change at Punta Abreojos. The driver change took longer than usual; trying to get all the cactus out. It let Billy Wilson get back by us, holding up Gary and Jason even more.” 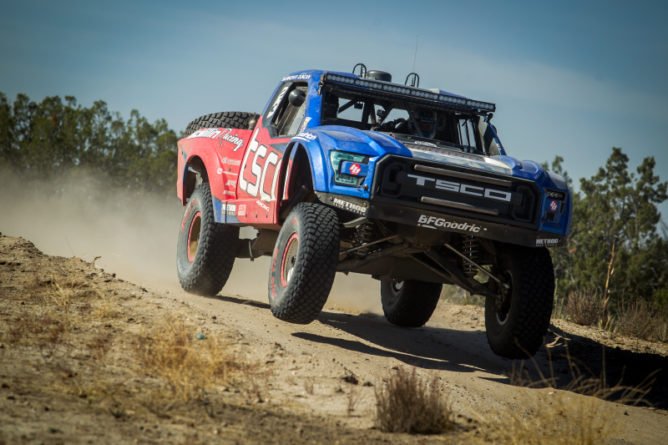 At the halfway point, they were not even in the top five. As the miles went by, their competition was dropping by the wayside. They climbed up through the standings to run in podium position in third. “We had no truck issues; they delivered us a great truck,” says navigator Jason Duncan, We were stuck in the dust and then the fog rolled in; Gary struggled to see. Our visors were covered in the wet silt so we had to put our visors up. That made it hard for Gary to hear me. He would hear the radio and think I was talking to him. In order for him to hear me, I had to turn the driver isolate and auto volume off. I was turning off the radios because every time someone would talk he would slow down. At times we were literally going 15mph but he pushed through it. At constitution we began to really pick it up. We only stopped one time at a visual stop so they could pick more of the cactus out of the cab. Other than that, everything was great.” 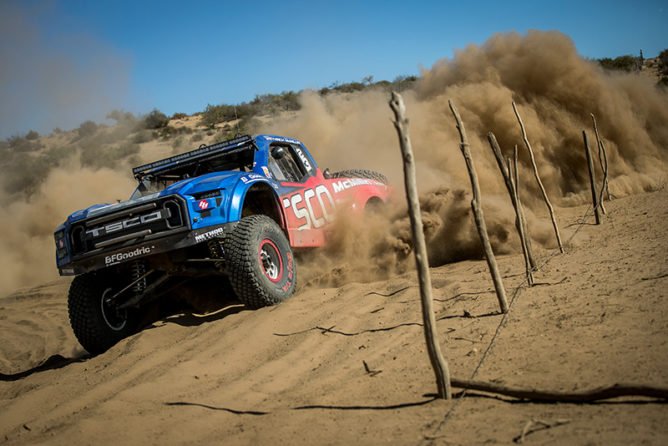 Jason and Gary did have a little drama just before the finish line. With a couple turns to go, they got caught out in a sandy turn and tipped the truck over on its lid. Nobody saw that coming. The locals jumped in and got them back on all 4 wheels. The fans went nuts but it didn’t affect their finish. They still beat 4th place by over 9 minutes. With the final race of the season in the books, McMillin racing will be working to get both trucks back in shape for next season. With the help of DLM Properties, Safecraft Safety Equipment, CLP Motorsports, BFGoodrich Tires, FOX, SDG Suspension, Maxima Racing Oils, Baja Designs, Walker Industries, Method Race Wheels, Impact Racing and STEEL-IT, they proved they are contenders at any race, even the toughest of them all, the Baja 1000.