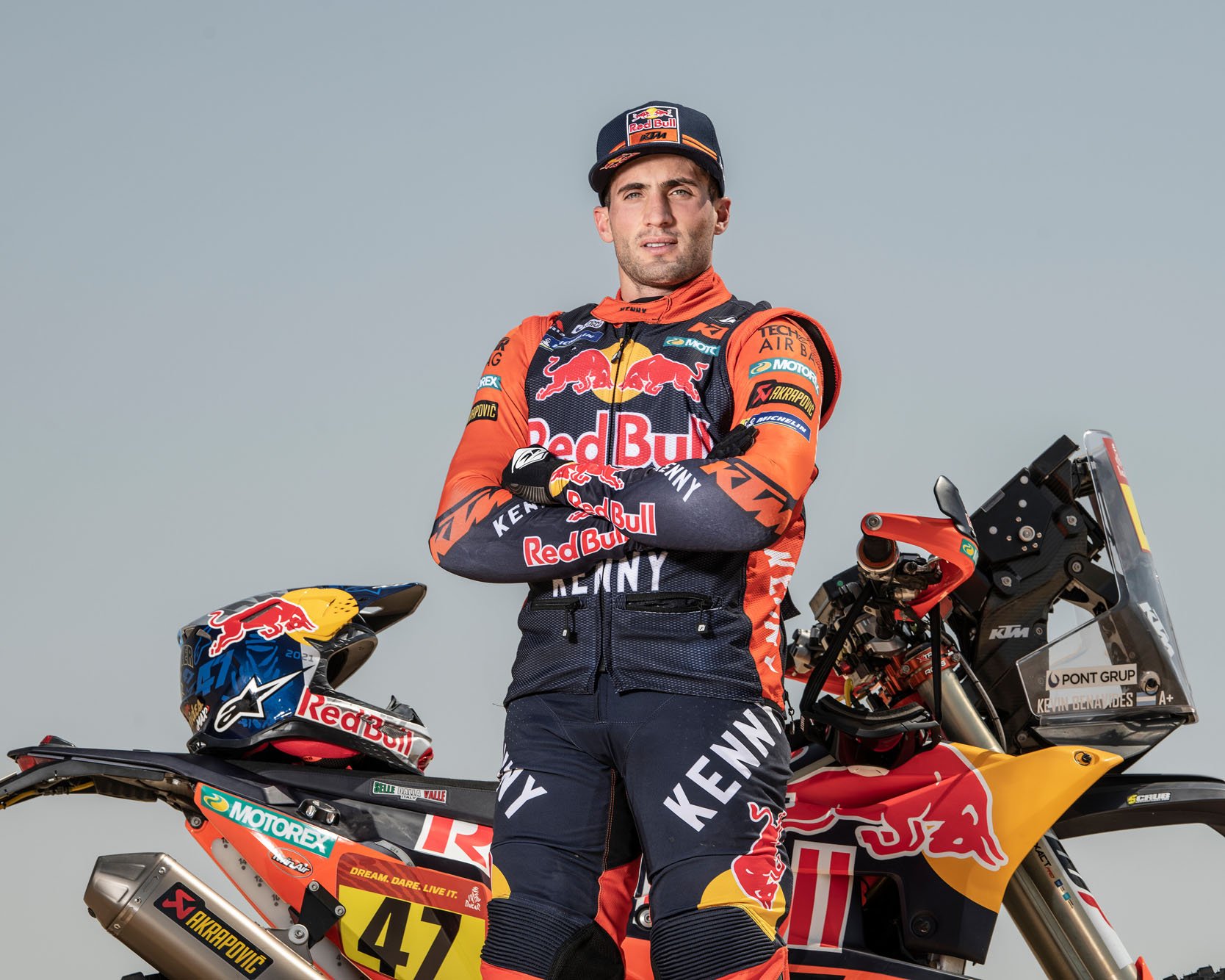 Benavides said: “I feel so excited to join the Red Bull KTM team, it’s a big, big change for me. As Dakar champion the move is an important new chapter in my racing career.”

Benavides will race this season’s FIM Cross-Country Rallies World Championship with his new team ahead of next year’s Dakar Rally.

Benavides said: “I have always been a fan of KTM bikes, of Red Bull, and of how the team is organised – I truly believe that it’s the best choice for me to further my racing and to be able to challenge for more Dakar wins and the World Championship title.”

Benavides made his switch to rally-raid after success on an enduro bike, finishing fourth in the Enduro Junior World Championship just under 10 years ago. He then followed up this result with numerous national championship victories.

As current Dakar champion, Benavides is one of the hottest properties in rally-raid right now. The Argentinian has also scored runner-up results at the 2017 FIM Cross-Country Rallies World Championship and the 2018 Dakar Rally.

Benavides explained: “The goal for this year is to try and adapt to the bike as quickly as possible and get to know all the people in the new team so that I feel comfortable and can concentrate on my riding.”

After winning 18 consecutive editions of the Dakar between 2001 and 2019, Red Bull KTM Factory Racing are doing all they can to get back on top. Putting together the strongest possible rider line-up is part of the puzzle, in addition to continued testing and improvement of their KTM 450 RALLY bike.

Jordi Viladoms, KTM Factory Racing Team Manager said: “Our rally program is enjoying some changes as we focus on the future as well as our goals of winning the World Championship, and bringing the Dakar title back to Austria.”

Benavides’ outright speed, experience and hunger for future victories compliments the team’s ethos and vision, and he will begin a program of testing and familiarisation with the KTM 450 RALLY machine in the next few days.

Benavides added: “Looking ahead to next year, the ultimate goal would be to win back-to-back Dakars. To now be back on a KTM and in the Red Bull KTM Factory Racing rally team is a dream and a real honour. I’m really thankful for the opportunity and can’t wait to get racing!”

Benavides will make his debut for Red Bull KTM Factory Racing at Rally Kazakhstan in June, Round One of the 2021 FIM Cross-Country Rallies World Championship.