Deep down in Old Mexico the rally revolution is gaining serious momentum thanks in part to the explosion of the UTV category and Rally Playero Entertainment. RDC couldn’t refuse the opportunity to travel deep-south beyond the BAJA to see what the big deal was and how UTV rally is spreading north though Mexico and, ultimately, into Baja CA. This 2-day competitive event across the state of Oaxaca’s mountainous and jungle-canopy terrain was a “pure rally” with navigation strictly by roadbook only. 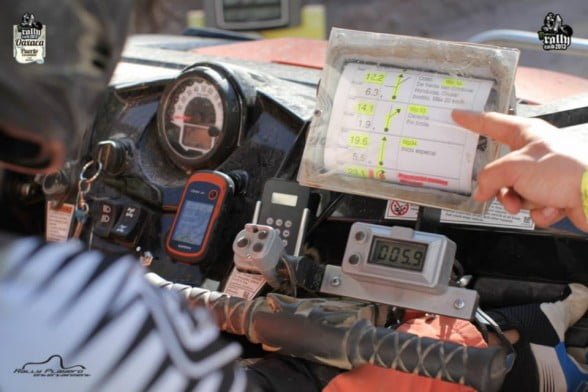 We took an entire week to trek across Central Mexico through at least 5 states and ultimately to the starting line of the MONSTER RALLY RAID “Oaxaca to Puerto Escondido Rally”. Our host was Mexican Enduro Champion and ISDE’s medalist Octavio “Chivo” Valle, who is on his way now to the 2014 edition of the DAKAR Rally, his second running in 4 years. “Chivo” has a lot of final preparations for the hardest motorsports event on the planet so its amazing that he could drop everything for 5 days just to show RDC what the geniuses at Rally Playero Entertainment were up to. Chivo’s originally from Ensenada and has a house full of trophies and titles to his credit.

At the helm of Rally Playero are Patrick Reyes and Hernan Samaniego and their solid team of veterans including the ever so competent Romina who is FIM certified. RDC said yes to the invite and eagerly boarded a plane in Tijuana with a bagful of racing gear and a few pesos for gas money. When we arrived in Guadalajara Intl. Airport, Chivo was waiting and we were off to a proper lunch in the heart of the city.

After a day and a half prepping a loaned HONDA 450 Rally bike (the same bike Chivo rode to the finish of the 2010 DAKAR Rally) we drove a full 12 hours from Guadalajara in the state of Jalisco to our starting point in Oaxaca City. During our drive around the eastern Mexico City’s 2 volcanoes, Chivo shared interesting bits of local knowledge about geography, agriculture, industry and geopolitical highlights. It was extremely educational and eye opening. 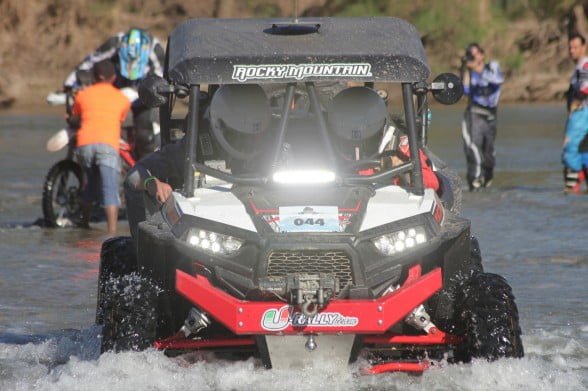 Alas, we arrived in the culturally rich Oaxaca City and checked into the nice Hotel Victoria where the Rally Playero team handled our check in and registration as professionally as we’ve found in any event short of the DAKAR Rally itself. Our GPS units where cleared out and loaded with a few dozen waypoints (for the purposes of getting back onto the right route if/when one gets lost)

During the riders’/drivers’ meeting Patrick and Hernan introduced our team and allowed RDC to share the success of the recent BAJA RALLY as an example of how navigation rally is spreading through North America.

On race morning the field departed through town, escorted in pairs by a motorcade until we reached the base of the mountains and began the timed stages. It was personally one of the toughest 280km the author has ridden with tight and winding mountain roads but the navigation was fun; some risks where taken and that would be the end of hope for a guest American to stand on a podium. With the thought of a trophy out the winder came the opportunity to slow down and take in the incredible sights and weather while stopping at each village to greet kids along the way which many of us are accustomed to in the state of BAJA CA. The bikes start well before the first UTV’s so our navigation detours meant we’d share the track with UTV’s. Among the fastest is Pedro Uriarte, the very first Mexican to ever complete the DAKAR Rally (Africa 2004)

At the end of a very full day (at least 7 hours of riding time), we arrived a the very impressive river-side bivouac (make-shift encampment) complete with 70 tents, cantina and makeshift swimming pool dug out (lined with visqueen and pumped with river water 2 days earlier)

The bivouac alone was more impressive than anything we’ve seen of its type in Baja and the efficiency of it all led to our 2 hour long interview of Rally Playero’s founders. They told of their origins and long fought struggle to coordinate such events under the confines of government regulations and the economics of hosting a multi-day rally (they average 3-4 events per year in Mexico).

Day 2 found more of the same jungle terrain with the occasional village and river crossing. The formula was repetitive and exhausting: Wind up a jungle mountain to the top, climb down and cross a river. Repeat 6 times until you reach the Pacific coast between Huatulco and Pto. Escondido. The coastal temps climed well into the 90s fast. After a long sprint north up a 10 mile beach section, we crossed a hellish river feeding into the sea: a 3.5’ deep section claimed a handful of the vehicles and some would not find the finish only 6 miles north.

For those who conquered the crossing, a respectable crowd was gathered at Zicatela Beach in Puerto Escondido, one of the 10 most famous surfing waves on earth.

As the rest of the UTV’s rolled in for the their ceremonial finishes on the beach, team RDC couldn’t help but marvel at the camaraderie and sporting competitiveness of the UTV crowd. Some rolled, a few crashed and one drowned, but they all seemed ready to prep for the next chapter in the Rally Playero epic.

As for the author, who made a life-changing trek and a tiring 2-day race, I made friendships and alliances that will last until my final day. Thanks to Patrick, Hernan, Chivo and Ruben Alamo use of the HONDA 450 Rally bike.

S
Scotty Breauxman
I am glad to see that these events are gaining popularity. They are very exciting.