San Diego, CA – UTVUnderground.com today announced that the third installment of the Polaris branded viral film campaign dubbed “XP1K3” is currently in production. UTVUnderground has, once again, tapped motorsports directing heavyweights “The Martelli Brothers” and their production team Mad Media to produce the next barrage of content, due out this fall. Off-road racing champion RJ Anderson will return to the driver’s seat and once again show the world what is possible on the Polaris RZR platform.

The XP1K viral film series has accrued more than 16 Million aggregate video views across YouTube, Facebook and Instagram so far, and has been watched in more than 70 different countries. The adrenalized-branded video campaign has made hundreds of millions of impressions worldwide, redefining the sport Utility Vehicle (UTV) and Side-by-Side (SxS) market. 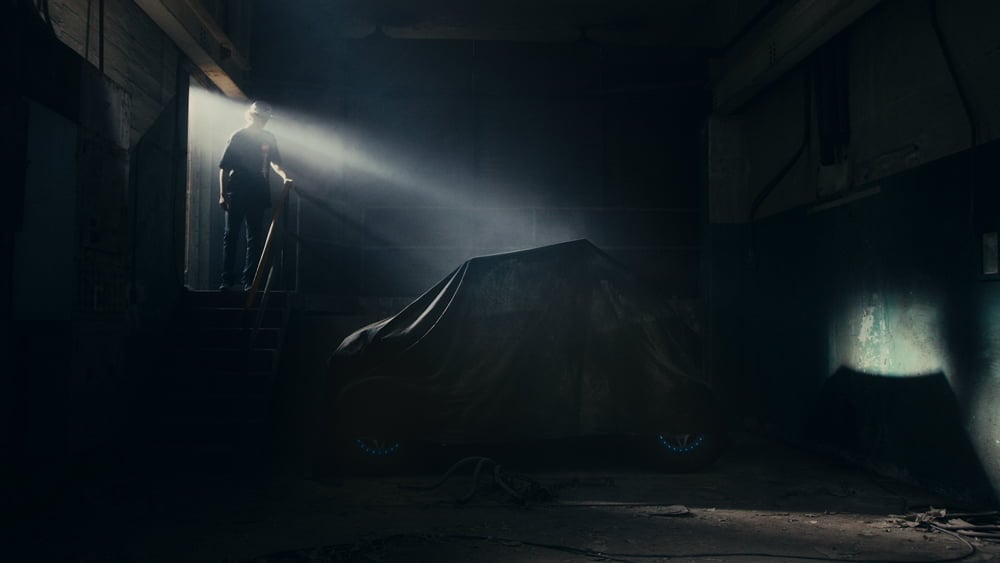 Anderson will pilot the all-new, UTVUnderground.com custom built “XP1K3 RZR” which is based on the new Polaris RZR XP® Turbo EPS platform, but has been heavily modified, especially to suit the demands of this daunting project. Mark Holz of Holz Racing Products has built and assembled two sister vehicles from top to bottom, which include a myriad of HRP parts such as a hand-made roll cage, chassis and suspension, and the all-new RacePak iQ3 data-logger dash cluster, made specifically for the RZR. The new engines will be modified by Muzzys Performance and K&T Performance who will work in collaboration to take the all-new Polaris Turbo engine well beyond its already impressive stock performance. Walker Evans Racing will return and provide their industry leading shock and wheel packages that have been so critical during the filming of the XP1K series. They also will provide mechanical support during production. Rigid Industries has joined the project, and will supply a host of LED lighting products including the new “Rigid Capture” which mounts a GoPro in the center of a dual row LED light bar. And BFGoodrich, the biggest name in off-road tires, has signed on as a major partner for XP1K3 as well. The XP1K3 RZRs will be outfitted with the all new “Baja T/A KR2” UTV Tires, which provide superior traction and unmatched durability.

“The Polaris RZR platform has, once again, surged to the head of the pack with the introduction of the new 144 horsepower Polaris RZR XP® Turbo EPS. We have followed suit with the most impressive RZR build to date. These vehicles are unmatched in both their design and performance and are the perfect tool for Anderson to push the boundaries of precision off-road driving for XP1K3. 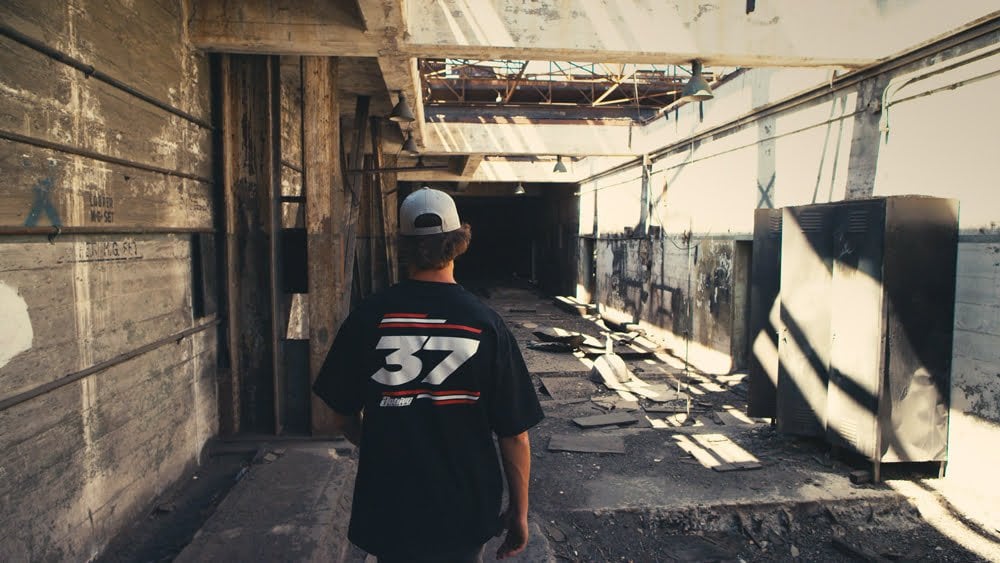 “With The Martelli Brothers and Mad Media at the helm, we are ready to raise the bar yet again,” said Joey DiGiovanni, CEO of UTVUnderground.

The production powerhouse Mad Media has locked down a brand new location for the filming of XP1K3, this time taking the viewer into an industrial wasteland as the backdrop for the forthcoming film. 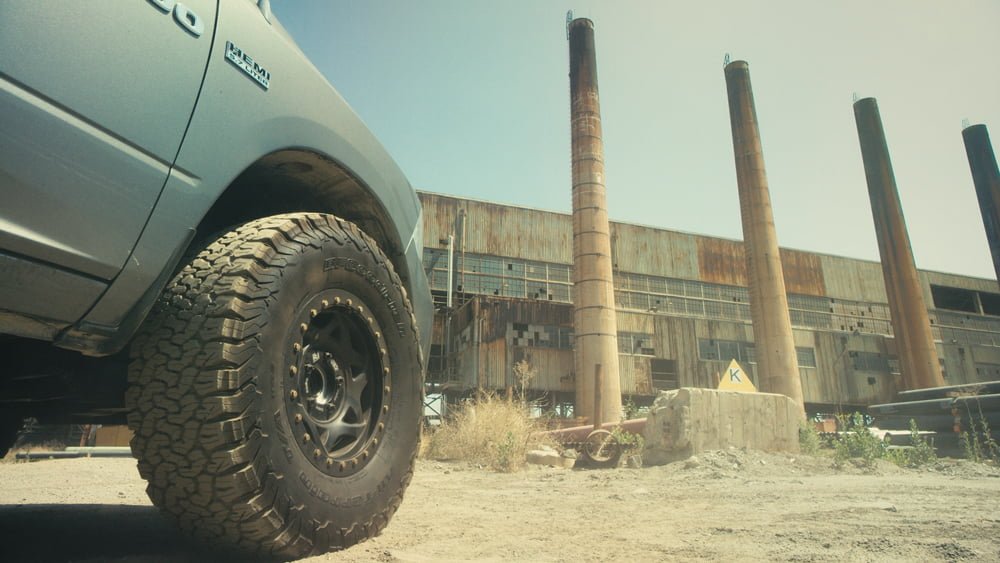 “Part of the fun of producing these films is conceptualizing where to take Anderson and these incredible machines and what stunts to execute when we shoot,” said Joshua Martelli, COO of Mad Media and the series co-director. “This time around we’ve found a spot that literally looks like the Earth a few thousand years from now, if it were reclaimed by Mother Nature. It’s the perfect backdrop for showing the scale and consequences of the stunts we have drawn up. The structures and landscape also allow us to showcase the capabilities of the RZR and Anderson’s skill and car control as a driver. It’s going to blow our fans away.”

The first teaser for XP1K3 was released today and shows Anderson wandering through an abandoned industrial complex while visualizing stunts, culminating with a Houdini style machine reveal. 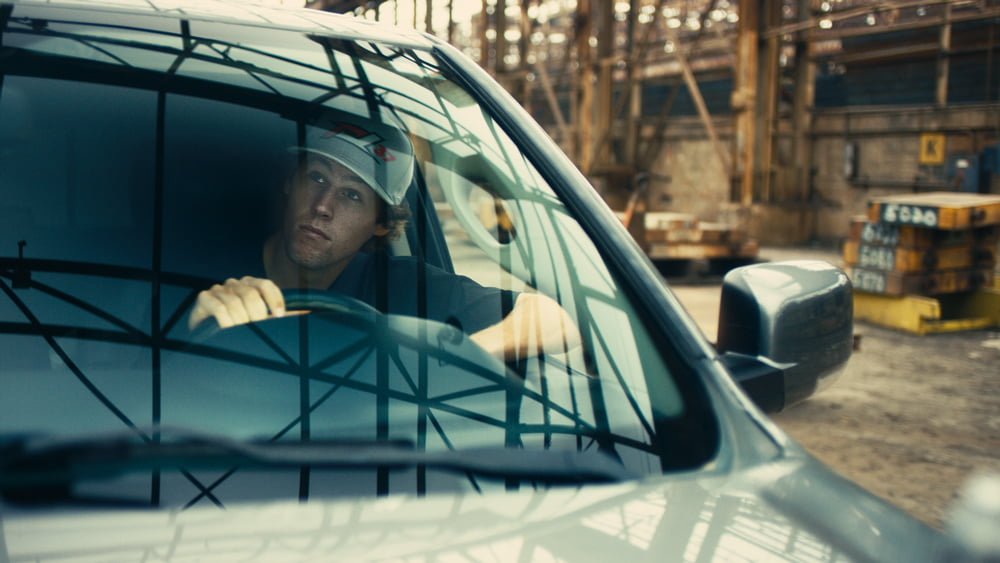 “Anderson is one of the most talented drivers we have ever worked with. He has the perfect balance of raw talent and gut instinct that it takes to execute a project like this. My brother and I have been working on ideas for XP1K3 for more than three years, since we first created the project. We are excited to finally get into production and create another mind-bending film,” said Matt Martelli, CEO of Mad Media.

The full length XP1K3 video is set to debut in front of a live audience at the 2015 Camp RZR West event, this Halloween weekend in Glamis, Calif. From there, the video will launch worldwide on November 3, in conjunction with the opening day of SEMA. It also will appear in a special screening area within BFGoodrich Tire’s SEMA booth, alongside one of the custom built XP1K3 RZRs. Visitors to the BFGoodrich booth will have the opportunity to see the vehicle up close and photograph it.

To learn more about XP1K3 and see all of the videos and photos surrounding campaign visit: www.XP1K.com, www.XP1K2.com and www.XP1K3.com.

About UTVUnderground.com
UTVUnderground.com is the worlds fastest growing all-inclusive UTV website, that features content and articles by both enthusiasts and manufacturers alike. In a mere six years, it has become the go-to site for all the latest news and entertainment surrounding the UTV industry. Thousands of monthly visitors from over 100 different countries around the world go to UTVUnderground.com for their daily dose of UV news and information.

About RJ Anderson
RJ Anderson is part of the new breed of off-road racers. Beginning his 4-wheel off-road racing career at the age of 14, RJ is well ahead of the curve. Fast-forward and now at age 22 RJ is a professional short-course racer, Pro UTV champion, Pro UTV Driver Of The Year, Pro UTV Baja 1000 race winner, Super-Lite Challenge Cup Winner, TORC series Rookie Of The Year, Pro-2 Rookie of the year and a Pro-Lite Champion. Racing is what RJ loves to do; working to be the best is a passion for him, and winning is his goal. There is no doubt that RJ Anderson is part of the bright future of off-road racing.