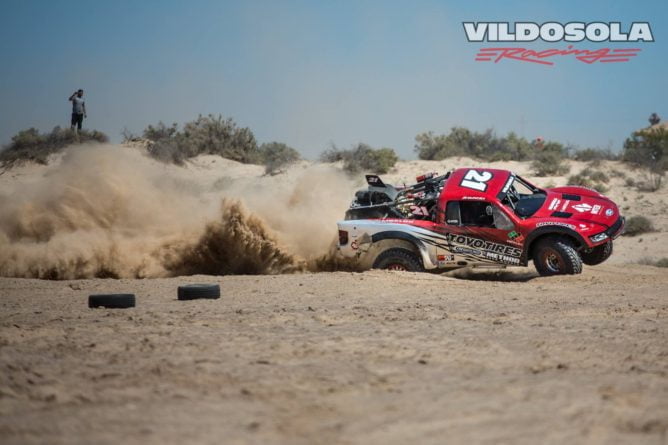 With a time of 5:22:19, Trophy Truck # 21 driven by Gustavo Vildósola and navigated by Victor Valenzuela, swept the class and managed to position themselves in the top 20 in a race of more than 200 participants and drivers from more than 10 Countries.

They started the day with the 22nd starting position due to a minor roll over at qualifying on Thursday morning. Fortunately, it was a completely clean day for Gustavo and Victor; no mechanical setbacks and excellent driving helped them gain positions. 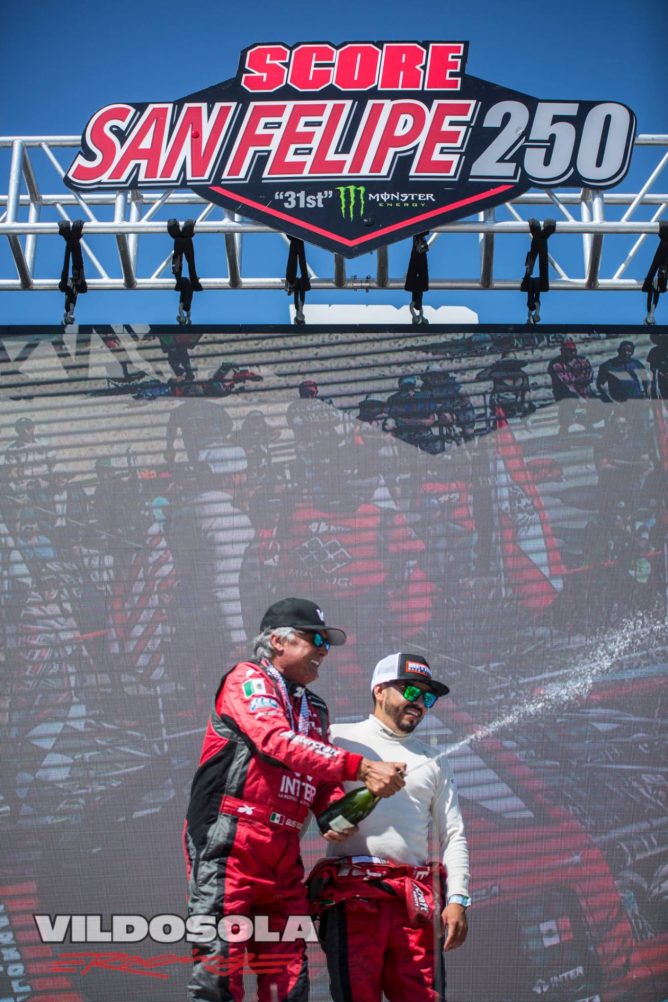 It’s worth mentioning that this is not the first time that Vildosola Racing makes history in the world of Off Road. In 2010 they became the first Mexican team to win the Baja 1000 and two years later they would repeat this feat, adding to a great list of triumphs in Mexico and the United States, turning them into an international reference of this sport.

Vildosola Racing has a good record in San Felipe after winning the absolute championship 4 times, starting in 2003 and then 3 years in a row in; 2013, 2014, and 2015 making this the 5th win in the books for Vildosola Racing.

On another note, Trophy Truck # 40 driven by Tavo Vildósola and Javi Valenzuela, finalized its participation in the race at mile 141 after battling for the top 3 positions throughout the day. Due to mechanical issues, Chris Miller and Cantina Racing’s Trophy Truck # 40 failed to cross the finish line, but plans to return stronger for the Baja 500. 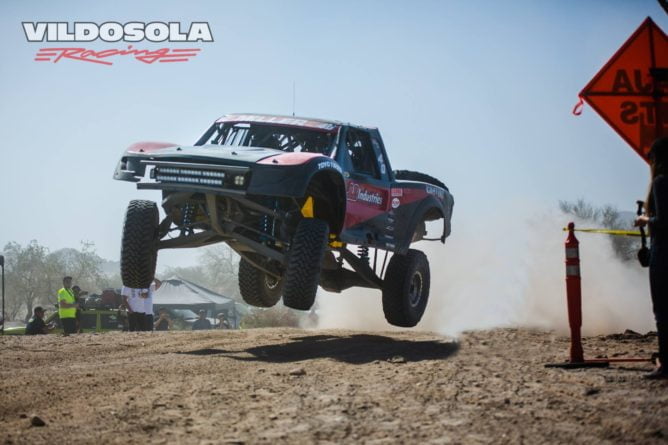 Vildosola Racing now prepares for their next race, the Baja 500 in Ensenada, in which they are current absolute champions after taking home 1st place it in its 2016 edition.