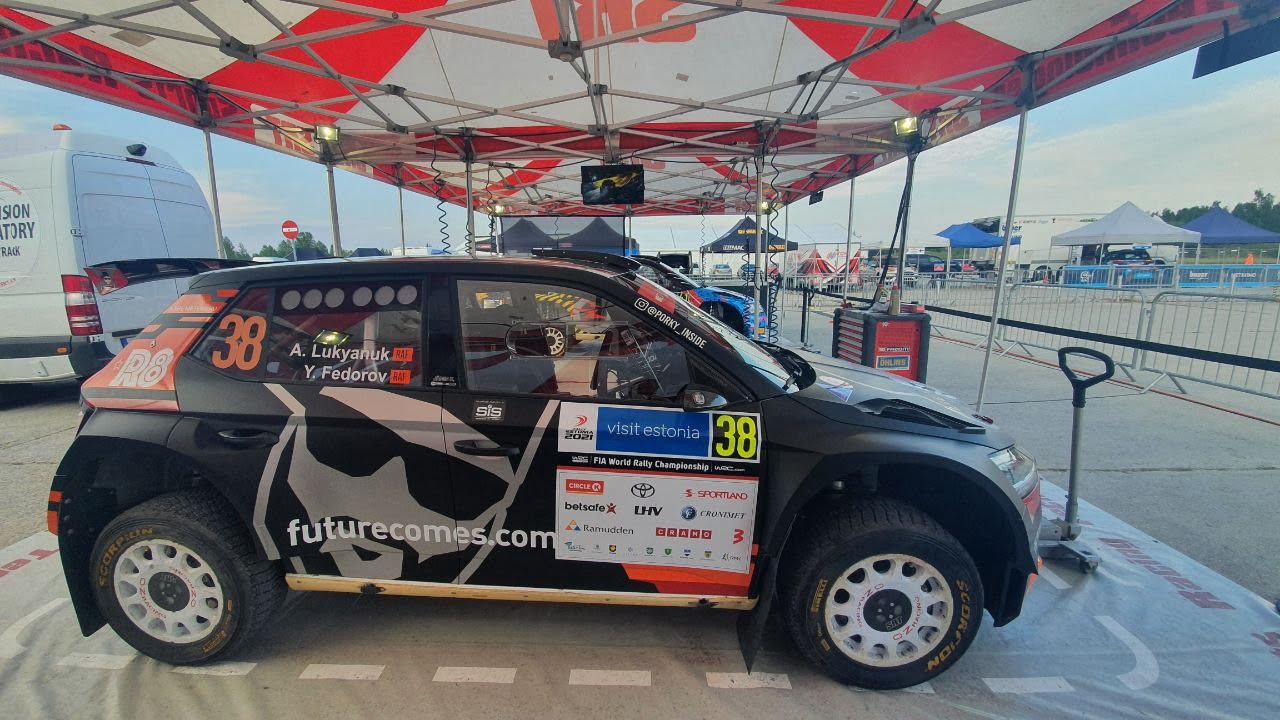 Visit Estonia: Lukyanuk and Fedorov drive Skoda at the FIA WRC round

The seventh round of the FIA World Rally Championship will be held from 15 to 18 July in the vicinity of Tartu, the oldest town in the Baltics. At the Rally Estonia the Russian crew led by Aleksey Lukyanuk from St. Petersburg will start with a renewed line-up – the pace notes will be read by Yaroslav Fedorov from Chelyabinsk – a very experienced co-driver in the world rally.

For the first time in his career Alexey Lukyanuk will start at the wheel of Skoda Fabia Rally2 Evo from the Latvian team SRT. This will be the third car of this class that Alexey Lukyanuk will drive – before that he performed in Ford Fiesta R5 and Citroën C3Rally2, that he is using at the FIA ERC events this year.

This year the Estonian round of the FIA World Rally Championship is held to a full extent: four-day format, 24 special stages, 314 kilometers of competitive distance and almost 1.299 kilometers of overall distance. The gravel stages of southern Estonia, located around Tartu, Otepää, Elva, Kanepi, Kambja, Peipsääre and Mustvee are traditionally sharp, curvy and bumpy roads. A significant part of the special stages is repeated in comparison with previous years (or is used in the opposite direction). For Lukyanuk and Fedorov these roads with their characteristic features are familiar.

The start and finish ceremony will take place on the territory of the Estonian National Museum in Tartu, where also Service Park and Rally HQ are located and a Special Stage.

Alexey Lukyanuk, driver, “Thanks to the initiative of Alexander Rzhevkin – and many thanks to him for this unique opportunity – we will be able to we will be able to rush through the World Rally Championship round, in the WRC3 standings. So, our opponents will be Kajetan Kajetanovicz, Egon Kaur, Emil Lindholm, Mikko Heikkilä and other fast drivers. In general, we will size up the field in the combined class among all cars in our Rally2 category [WRC2 and WRC3 standings in similar cars].
During the tests we did a good job with the car, I hope that everything will be cool during the rally. The race is long – almost 320 km, so it will be a marathon for us, not a sprint; such extended distance is a serious challenge.
The competition in the European Championship is enough for me, the fastest drivers often appear here and there, but it is clear that in the level of preparation of the teams and the attitude towards the rally looks a little bit different in the WRC. We have no tournament tasks and expectations, we will try to do our best, have fun and see what will happen”.

Yaroslav Fedorov, co-driver, “The Rally Estonia is iconic for me and defining in my career, because it was my first European performance in 2014. In my opinion, the event in Estonia is one of the best in terms of organization and interesting in terms of roads. They are familiar to Alexey and me – we both performed here at a fairly large number of competitions. We start in the well-known Skoda car for me, with the support of SRT team, where the most of my rallying activities took place. I hope that this positive attitude will help us throughout the entire rally and lead to a good result, and I’m very pleased to work with such a professional as Alexey Lukyanuk. We don’t have any tournament tasks, so the main goal is just to push hard for pleasure and to show the maximum of what our crew is capable of”.

Lukyanuk’s participation in Rally Estonia stems from his relationship with Alexander Rzhevkin – a Russian entrepreneur in the field of computer technologies and philanthropist, who also drives rally cars. Lukyanuk acts as a driver coach to Rzhevkin, who has appreciated his talents behind the wheel and was keen to hand him the chance to step up to the world stage. Rzhevkin also hopes that it will open new opportunities for Lukyanuk to demonstrate his considerable talent at the top level in the future.

Lukyanuk’s Rally Estonia outing marks his fourth start at FIA World Rally Championship level and is fitting reward for his achievements in the ERC, which include two titles, 12 victories and 195 fastest stage times.

Events timed to the Rally Estonia start will begin tonight: the opening ceremony will be accompanied with the Red Bull air show and the podium procedure will take place at 20.00. Then in just 30 minutes all crews will start at the 1.64 km Visit Estonia Tartu spectator special stage that will be broadcasted live on the WRC+ All Live official video channel.