By all measures this has been a banner year for Valley Off Road Racing Association (VORRA).  In addition to their traditional Yerington desert race in northern Nevada they added a new 500 mile race between Fernley and Lovelock and a 24 hour endurance race in Fallon.  VORRA is somewhat unique in that they run both desert races and short course races in the same series.  They also use the same vehicles, which gives a rare opportunity for a few lucky people to co-drive in a short course race.  The season kicked off last March with short course racing at Prairie City SVRA near Sacramento, and it was at Prairie City where championships would be decided as teams pulled out all of the stops in an effort to add more trophies to their mantle. 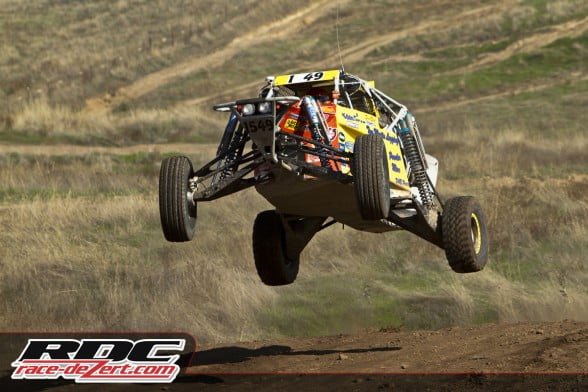 Perennial champion Sam Berri had the Class 1 title locked up, but the overall title that Berri has made a habit of taking home was less certain.  Upstart Sam Cothrun has a similar commanding lead in Group T and the two were tied for season points, with Berri taking the overall win in Yerington and Fallon, and Cothrun taking the overall win at the MasterPull USA 500.  Points are weighted by class size in addition to finishing position, using the simple premise that a larger field is more difficult to beat.  This gave Cothrun a boost… until Sam Berri took matters into his own hands and showed up with three cars to Prairie City!  No one turns down an opportunity to drive, and Bobby Martin and Shannon Harwell were the lucky shoe men for Berri in the six cylinder Class 1 car he normally races in VORRA and his Class 10 car (respectively). 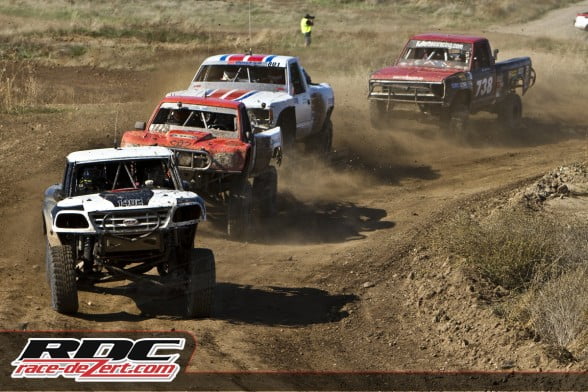 Berri also offered to pay Class 8 racer Don German’s entry fee if he raced in Class 1.  Don and his son Chris trade off driving duties and this gave them the opportunity to both get some track time and offer rides to friends.  Sam Berri drove the LS-powered single seater that he usually reserves for Best in the Desert, winning five out of six Prairie City Class 1 motos for the weekend.  Of particular interest was that Berri normally dominates with his six cylinder car, but the car was mid-pack with Bobby Martin behind the wheel, suggesting that it is Berri’s skills more than equipment that keep him at the front. 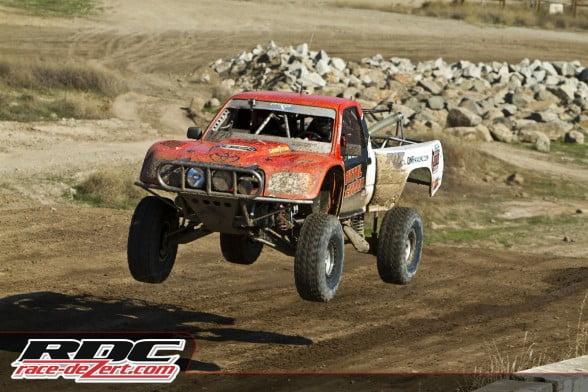 If Sam Berri’s buggy rental program was not enough to worry Sam Cothrun, “Mr. 1450” Dan Vance came up from Huntington Beach for a little North versus South Civil War in Group T.  Vance sponsor Total Chaos has been a loyal VORRA supporter and wanted to inject some excitement into the weekend, adding a second 4.0L-powered TC Toyota alongside VORRA regular Mike Koenig.  For those unfamiliar with Group T, it combines multiple truck classes like 7200, 1450, 8, and even Trophylite into one large class for a higher car count that results in more competition and bigger purses.  Surprisingly these different classes have been very competitive amongst each other in previous VORRA races, and Prairie City was no exception.  Competition between Vance’s 1450, Don German’s Class 8, Jake Hallenbeck’s modified Trophylite, and Cothrun’s 7200 truck was tight all weekend long. 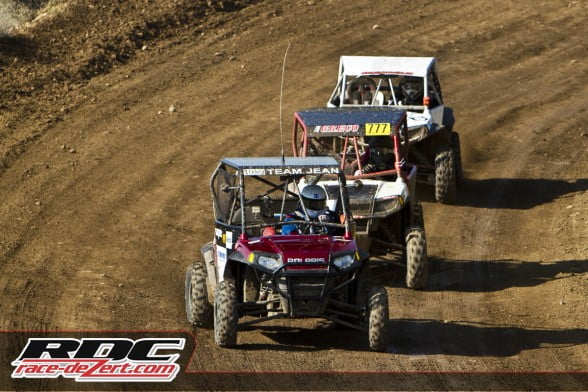 Of course there was more going on that just Group T and Class 1, with 34 cars showing up to race.  VORRA has a class for just about everything, from Class 11 bugs and UTVs to Suzukis and a healthy number of Class 9s.  At one point the Suzukis and UTVs were even on the course at the same time, and we were finally able to put to rest the debate about which are faster (the UTVs).  Each class ran three “motos” on each Saturday and Sunday, with the combined finishing position used to declare a winner for each day.  The one mile course was changed up from Saturday to Sunday, with Sunday’s course favoring horsepower with a longer straight section and less jumps.  VORRA kept things fun for the whole team with pumpkin carving and a costume party on Saturday night, then Powder Puff and Mechanics races on Sunday afternoon.  And that overall series champ?  The points are so close after Prairie City that VORRA is still crunching the numbers on their super computer, “but I guarantee you that someone named Sam will be the winner,” quipped promoter Wes Harbor.  Check the VORRA and short course forums on RDC for all of the team stories for the weekend and the final points champions.

H
Harry Wagner
Copy and paste the link below you will see Team Jean's UTV 1959 take a roll in the last motto on Sunday at Prairie City. It was a great weekend of racing as always with Vorra! And the annual Halloween bar-b-que is the best!

Video from this weekend!
some of the best side buy side was sportsman
wheres the sportsman class results